A4 Avant The A4 Avant is a stunning estate with class-leading efficiency & a luxurious interior. View All Cars > 52 Cars Available

A4 Saloon The A4 Saloon offers a class-leading interior quality with an upmarket sporty exterior. View All Cars > 52 Cars Available
In Stock - Subject To Availability

Why Lease the Audi A4? 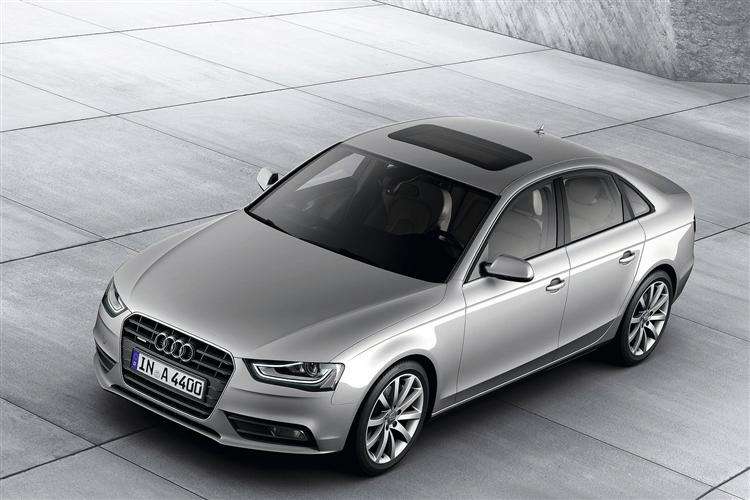 Believe it or not, in its time, the Audi A4 was as trendy as Forrest Gump or Gameboys. Launched in 1994, it only took 20 months for the first 500,000 A4s to sell. Now, the 2020 Audi A4 returns with a new infotainment system, a revamped exterior & a mission to prove sedans aren’t dead.

Saloon: The saloon version of the A4 has been involved in an ongoing battle in the executive saloon class with the BMW 3 Series & Mercedes C-Class for 30 years. A significant facelift for 2019 has seen the A4 evolve again to keep itself in the fight with the new BMW 3 Series & updated Jaguar XE. Its looks have changed with a new nose that's now even more purposeful & striking designs for its front & rear lights. The interior has been given a revamp & mild hybrid engines ensure lower running costs too.

Avant: The Avant is the estate version of the new A4 Saloon. If you prefer, it could also be described as a 5-seater family car with a large boot that’s not a crossover.

Audi has made sure this A4 is up to scratch to compete with its rivals & a lot of equipment has been added for the new model year. All versions have LED headlights, heated seats & a reversing camera. The A4 feels more like a smartphone or tablet than rivals such as the BMW 3-series or Mercedes-Benz C-class, so will definitely impress the kids, but that's not saying this saloon doesn’t have those sporty moves. If a nice-driving, well-equipped, & handsomely styled luxury sedan is what you're after, make sure the 2020 Audi A4 is on your list.

“A more streamlined look & a more contemporary feel – today marks the launch of a comprehensively updated Audi A4 range that moves into step with the latest additions to the Audi family in terms of design & technology & anchors the broad spread of Saloon, Avant & allroad models even more firmly in the vanguard of the compact executive class.”