Why Lease the Kia Stonic? 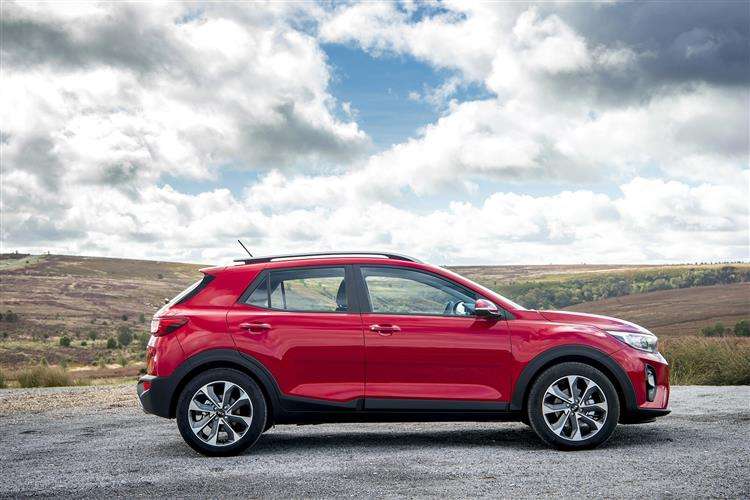 Speedy and Tonic. Apparently that’s the phonic jumble that led to Kia naming its crossover the Stonic. Well, it looks like anything goes these days. Over the years, Kia has built a reputation for producing decent SUVs and crossovers, but the Kia Stonic is something a bit different. While sister models like the Sorento and Sportage deliver practicality and some off-road ability, the Stonic taps into the small crossover market where style largely takes over from practicality.

The Stonic is a compact SUV and is FWD only, so don’t buy one if you want to cross the Sahara. It's based on the same platform as the Kia Rio supermini, so all models are front-wheel drive, but the raised ride height means there's a higher driving position. The Stonic comes in a single 5-door body style, while the engine range comprises two petrols and a diesel.

Let’s face it - there are dozens of these jacked-up hatchbacks on sale, from the Seat Arona to the VW T-Roc and the Kia Sportage. In fact, under the skin, the Kia Stonic shares plenty of components with the Hyundai Kona, The Kia Stonic is more compact than some rivals and loses out to the likes of the larger VW T-Roc in terms of passenger space.

“Break the mould with the new Kia Stonic. Its distinctive, muscular design comes with customizable 2-tone body colour that showcases your individuality.”