Why Lease the Seat Mii? 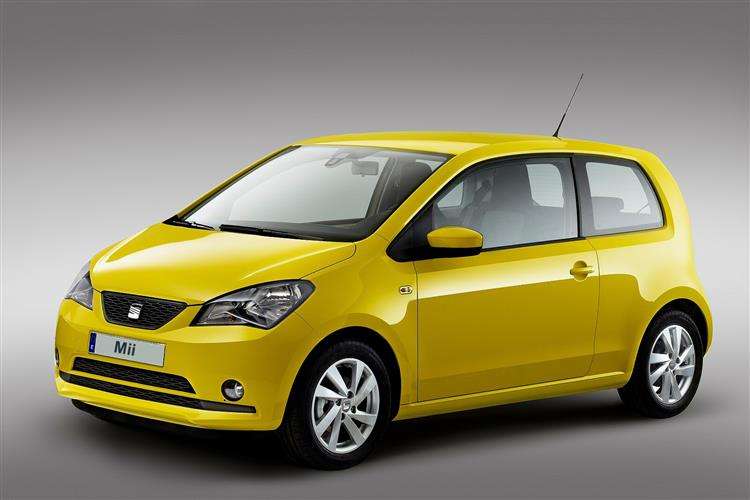 SEAT's improved Mii is a citycar you can't ignore if you're in search of an efficient but sparky urban runabout. Jonathan Crouch tries it.

A superior sort of citycar, SEAT's little Mii offers its Spanish brand a leading role in a sub-supermini segment already heavily influenced by its Volkswagen and Skoda design stablemates. The Iberian maker has added a thoughtful value proposition to a car that's undoubtedly spacious, frugal and clever. It makes an awful lot of sense and now can be had in full-electric form too.

A Mii. If you've ever played on a Nintendo Wii gaming console, then you'll know exactly what that is. An extension of you - the fun, young, effervescent bubbly kind of you you'd like to be. Exactly the right kind of name, you might think, for a car that aims to create these same feelings in the dull mundanity of our everyday short journeying, city shopping and school run-dominated lives. The Mii, if you didn't already know, is the SEAT-branded version of what is arguably the cleverest tiny runabout on the planet, sharing almost everything with its Volkswagen up! and Skoda Citigo cousins. So can this SEAT stand out? The Spaniards reckon so. They've carefully pitched this Mii's value proposition to appeal to their traditional buyers, people who don't want a budget brand but like the technology of a smart badge without the expense that usually goes with it. People who, in this model, are going to be buying into what, on paper at least, is citycar state-of-the-art. Let's put it to the test.

This SEAT's chirpy three cylinder 1.0-litre petrol powerplant suits it perfectly - which is just as well as it's the only engine choice on offer, though with a choice of either 60 or 75PS outputs. Three cylinder engines are, by their inherent nature, fun little things, cheeky and a little bit vocal, with busy, buzzy demeanour that plays with your subconscious and makes the car feel more alive. That's quite a task for a car that only packs a modest amount of punch. Personally, I'd think twice about paying extra for the 75PS version. Subjectively, after all, it hardly feels any faster, even if on paper, the 0-62mph time improves from 14.4s to 13.5s and the top speed rises from 100 to 107mph. And the discussion's a pretty pointless one anyway, since no one bases their citycar decision on how quickly they'll be able to flog the thing from rest to sixty. All that really matters is whether this car has enough about it beneath the bonnet to jink around in the traffic light Grand Prix that is modernday city motoring. It does - just about. The engine has just enough torque - a hardly rippling 95Nm - to mean that you're not always bothering the gearbox. If you do want to sprint away from rest, the battery-powered Mii electric is a better bet; SEAT says it has a 161 mile WLTP-rated range between charges too.

The exterior design of this Mii follows a familiar theme in this segment. So you get a cheeky face with big headlights, a gently rising waistline and a glass rear tailgate. Differentiation over this model's Volkswagen and Skoda clones is limited to restyling of the C-pillar, the bonnet and the boot. Just enough to give this SEAT its own identity. What's important here though is the space efficiency on offer. You've a total vehicle length of around 3.5-metres, yet a wheelbase that takes up nearly 2.5-metres of that. Which is why, though a Mii is no longer than a Fiat 500, it offers far more room inside, space in fact for the four fully-sized adults who could never comfortably fit in the apparently space-efficient Italian car. You have to have the 5-door body style these days. That only leaves luggage space. Which gives me another chance to underline the packaging genius of this design - with a stat that perfectly sums it up. This Mii is only 2mm longer than SEAT's previous Arosa citycar. Yet its 251-litre boot is double the size. That's much more space than you'd get in something like a Peugeot 108 or a MINI.

Expect to pay somewhere in the £12,000 to £12,500 bracket for this Mii. These days, there's only a single five-door body style, manual transmission and just two trim levels, 'Design' (offered only with 60PS) and 'FR-Line' (which offers the choice of 60 or 75PS outputs). Plus you can ask your dealer about the battery-powered Mii electric. Whichever version you decide upon, you're likely to get most of the basic features you'd expect to find at this level. Even base 'Design' spec gets you 15-inch alloy wheels, dark tinted rear windows and a trendy contrast-coloured roof which you can have in 'Candy White' or 'Deep Black'. SEAT's smartphone integration system's also standard. Upgrade yourself to 'FR-Line'-spec and you get larger 16-inch alloy rims, a smarter black dashboard panel, sports suspension, aluminium front door sill trims and a 300-watt 'beats' audio system with 6 speakers.

You'd need to be dragging an anchor around behind your SEAT Mii for it to be anything other than hilariously economical. A kerb weight of below 900kgs helps here, as does clever engineering of the sort you'll best appreciate with the economy champion of the line-up, the 60PS variant. In its standard form, this engine is already pretty economical, in 'Design' trim delivering up to 53.3mpg on the WLTP combined cycle and 96g/km of NEDC-rated CO2. For the 75PS engine, the figures are up to 51.4mpg and 97g/km. If you want to do better, you'll need o be talking to your dealer about the battery-powerred Mii electric model. This variant's 36.8kWh battery pack allows for a WLTP-rated range of up to 161.5 miles between charges. SEAT only offers a three year 60,000 mile warranty here, which is a package better by rivals. But you can extend it and the warranty will be fully transferrable to the next owner.

SEAT has a very class-competitive citycar here. True, it's a model that may not be uniquely Spanish, but then, nothing SEAT makes ever is. What matters is that it ticks all the important citycar boxes. As do, you could argue, the Volkswagen and Skoda versions of this same design. Which means your choice could come down to the value proposition on offer. SEAT feels confident here. Look beyond the list pricing and you start to see why. Specify this car as many will want to and it makes a strong case for itself against its in-house design rivals. And an even better one if you're comparing against something else entirely in the citycar segment. Ultimately, it'll come down to personal preference of course: your Mii always should reflect your personality. And you'll find this one ready to do just that.