A message from Andy Alderson about Coronavirus. Learn More

Why Lease the Volvo V40? 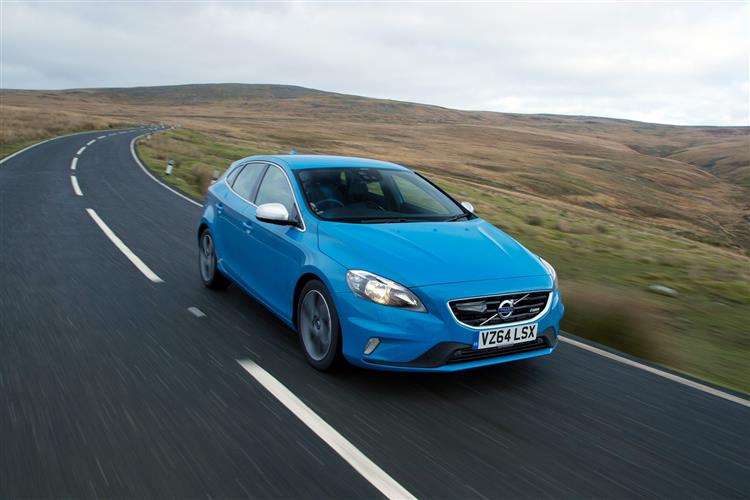 With hybrid and electric cars catching the eye, it's tempting to think that the humble diesel engine might have had its day. Volvo disagrees and with its improved V40 D4, it's easy to see why. A combination of 190PS diesel muscle, 75mpg economy and emissions of just 99g/km is difficult to argue with.

If you're up to speed with vehicle technology, there's no doubt you already know the relative merits of a plug-in hybrid versus a diesel-electric parallel hybrid. You know what a range-extender is and probably don't need me to explain range anxiety in pure EVs. Let's shelve all that for a minute and spool the clock back. Back to a time when life was simpler. If you wanted a decent combination of pace and economy, you chose a turbodiesel car. Of course, back in the old days a turbodiesel was about as refined as a lock-in with Chubby Brown and the resultant emissions were just as noxious. These days, things are different. While many manufacturers have turned to electricity to deliver low emissions, Volvo has decided to focus on doing what we've always done. Just better. The V40 D4 is quite possibly the most exceptionally engineered family hatch you'll see all year.

The engineering here is seriously clever. Volvo has replaced eight different engine families with the Drive-E architecture. It's a whole-car system with modular engine design that has been planned from the outset to serve petrol and diesel fuels. There's space in the floorpans for electric power, with the flexibility to mount electric motors front and rear. It's a huge investment and has put Volvo a long way ahead of the game. In this V40 D4, it's good for 190PS and develops 400Nm of torque. Think about that for a moment. That's more than you'd get in a Porsche 911 Carrera and it translates to some serious overtaking muscle in a car that's the size of a Ford Focus. The sprint to 62mph is dispatched in just under 8 seconds and you'll be impressed by the 2.0-litre turbodiesel's refinement at idle. Power is deployed via a six-speed manual transmission, although there is an eight-speed automatic on offer if shifting gears yourself seems a bit old hat. Just remember that the auto will take the edge off your economy figures.

This facelifted V40 gets a smarter front end, courtesy of the addition of revised LED headlamps that feature the so-called 'Thor's Hammer' style that's already been seen in the brand's larger XC90, S90 and V90 series models. A smarter grille mesh completes the more confident look. As before, the V40 has a relatively low and sleek bonnet line: that's because courtesy of a unique under-bonnet airbag, it doesn't have to leave an under-bonnet void to meet pedestrian impact legislation. So the bonnet line can be much lower, part of a lean, wide coupe-like stance in a shape very slightly longer and wider than rival BMW 1 Series or Audi A3 models. Pleasantly different then, an observation equally applicable in the cabin. Of course it needs to be good if sales are to be stolen from rival German prestige-badged contenders, a tough assignment tackled with an unpretentious 'Designed Around You' philosophy epitomised by a beautifully positioned infotainment screen that, once you've figured out its complicated menus, enables you to deal with audio, navigation, 'phone and other functions almost without taking your eyes off the road. The idea is that, like IKEA furniture, this cabin should be typically Scandinavian, comfortable, simple, intuitive and visually pleasing. And broadly it is. Cabin space is fine and there's a 335-litre boot.

Prices start at just under £25,000 for V40 D4 models and there's a choice of 'Momentum', 'Inscription', 'R-Design' and 'R-Design Pro' trim levels. For a premium of around £1,000, it's also possible to order the 'Cross Country' bodystyle, with its 'SUV' design cues. As with any car in this class, Volvo has striven to offer as many high-tech options as possible, integrating the sort of features that not so long ago were the preserve of some seriously high-end vehicles. We've got used to features such as adaptive cruise control, blind spot assistance and lane keeping assistance and the V40 offers all of these. Reducing personal injury claims, especially around town, is a growing concern for both manufacturers and insurers alike and Volvo's City Safety function now functions at up to 31mph rather than the original version's 19mph limit. City Safety keeps an eye on traffic in front using a laser sensor integrated into the top of the windscreen at the height of the rear-view mirror. The car automatically brakes if the driver fails to react in time when the vehicle in front slows down or stops - or if the car is approaching a stationary vehicle too fast. The V40 is also available with the optional Sensus Connected Touch infotainment system which enables full internet browsing and music streaming from Spotify and Deezer. It also gives access to internet radio stations and even allows you to find and pay for parking. This system connects to the internet via either a 3/4g dongle or via a smartphone. In a very Scandinavian touch, the 7-inch touchscreen uses infra-red scanning technology to allow it to be used while wearing gloves or, if you prefer, by voice activation.

So how has Volvo coupled a 190PS turbodiesel with 99g/km emissions and 74.3mpg economy? Those two criteria don't seem to square with one another. The reason why is a very clever i-ART injection system that Volvo has licensed from Denso. This direct injection set-up works at up to 2,500bar pressure compared to most existing systems which tend to operate at around 1,800 bar. It then delivers up to nine injections per piston cycle, according to demand. Two Borg-Warner turbos deliver minimal lag and efficiencies are also realised in reduced internal friction, thinner synthetic engine oil, heat management to warm the engine up quicker, high pressure variable spray nozzle injectors and a lean NOx trap exhaust filter. Call them marginal gains if you like, but they certainly add up. The automatic version doesn't fare quite as well as the manual, but 109g/km and 67.3mpg is hardly set to break the bank. Again, it's worth reiterating that these numbers are the sort of economy figures that would expect of a much smaller car. A 75PS Ford Fiesta 1.5 TDCi returns 76.4mpg and 98g/km, virtually identical numbers to a fully-equipped Volvo V40 D4 with more than two and a half times as much power. Now are you beginning to see what a big step forward this Drive-E system is?

Perhaps the smartest thing about the Drive-E engine architecture that underpins this vehicle is that it demands so little of the driver. It doesn't impose any change in habits, merely doing that which we've always done but incrementally improving every step of the process to deliver some quite remarkable gains. Of course, the counter-argument is that spending serious development budget on diesel engines is a regressive policy; that we should be looking beyond such stuff. That's one viewpoint, but it's hard to argue with the real-world effectiveness of the V40 D4. It's a car that delivers with the minimum of fuss. If you're fed up of waiting for the next big thing, Volvo has a very appealing solution. All that's new really is old again.