A Day To Remember

The younger readers of this would interpret a great game as having several moments worthy of achieving several thousands of views on social media. This could be things such as last-minute goals, penalties, disallowed goals and players being stitched back together whilst still being on the pitch! Well, this game had all of that. The end-to-end nature of the match from the start was credit to both sides and the courage they both showed in committing bodies forward on such a high-pressured occasion was commendable.

On the day I personally remember thinking that I had witnessed something special. I think most that were in the stadium needed a few days to digest what had actually happened. I know I certainly did.

For a season devoid of supporters and the atmosphere they bring to each game it was incredible to finish the season in the presence of two raucous sets of fans each taking it in turn to celebrate wildly only then to be stunned into silence. It was footballing theatre at its finest. 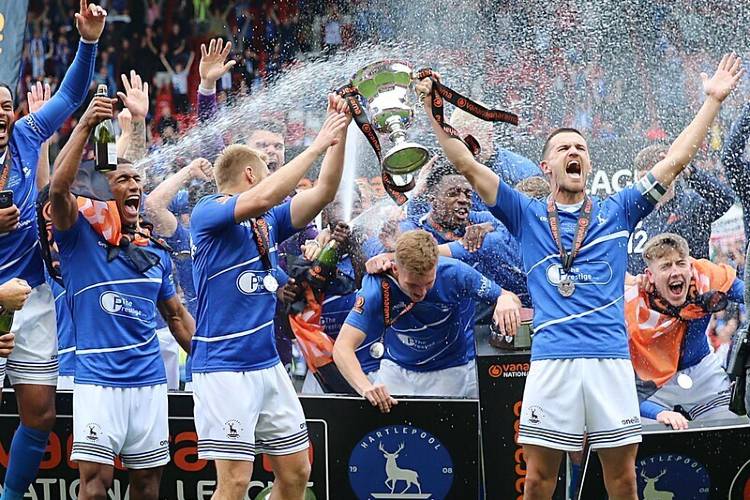 I’m proud of my role with both BT Sport and Vanarama covering the 5th tier of English football. Many still recoil at the thought of discussing the National League as they see it far outside the realms of what they consider to be worthy of their attention but last weekend every football fan and media outlet will have watched that goal or at least heard about our promotion final thanks to its late twist courtesy of Lucas Covolan.

As a neutral with free reign of Ashton Gate I experienced the delight of the Hartlepool’s fans when Luke Armstrong held his nerve with his back to goal, managing to find half a yard to score the opener followed by their despair when elated Torquay fans celebrated Goalkeeper Covolan out jumping everyone to head in an equaliser in the 95th minute. A brilliant header helped by the Pools’ goalkeeper Brad James finding himself in no man’s land – he would who would later play a major part to atone for that error he’d made judging the cross for Covolan’s goal.

On the 94th minute I was pitch side getting ready to conduct a flash interview with Luke Armstrong who at that point was going to be the winning goal scorer and Hartlepool Captain Nikki Featherstone but as soon as the goal went in, my interview questions quickly became irrelevant and so I took myself back to the gantry for a better view of the additional 30 that were about to be played. 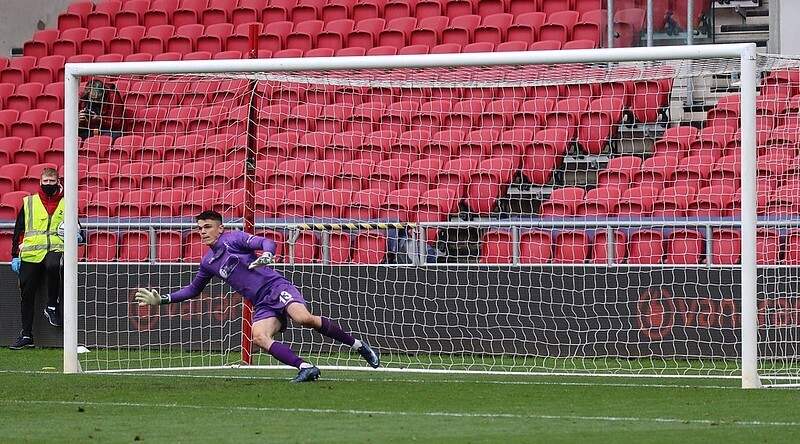 Even the penalty shoot-out was slightly unusual. Covolan saved his first two and everyone must have just thought, it’s obviously just his and Torquay’s day. We then had a slip and a bit of indecision caused by the previous penalty and after 4 spot kicks you’re waiting for someone to get off the mark.

I’m sure Challinor and Johnson probably felt like they were still dreaming from the night before the game, a flurry of great penalties followed and then Brad James unbelievably denied Buse to send the Hartlepool fans into orbit. Turned out I would speak to Featherstone after all, and I can hardly blame him but he looked like couldn’t quite get his head around what had just happened.

It’s always really easy to interview the winning manager and I enjoyed sharing Dave Challinor’s moment. We waited patiently for Matt Smith to throw to us live and I watched how Dave clicked into manager-mode quickly finding his words even though he’d just stood suspended in disbelief for the 60 seconds before that.

I’ve enjoyed speaking to Dave over the past 4 seasons and felt really pleased that he’d overcome the disappointment of losing to Salford at Wembley with Fylde two years prior to carry on the steep trajectory that his career seems to be on. I must admit, when we spoke about family and how proud they were of him he gave me a wonderful glimpse of what we rarely see - the emotion all managers must harbour when they achieve something special and realise that they get to share that with the people that quietly support them through thick and thin.

I don’t know why but you can sometimes feel apologetic when you speak to the losing manager but in reality, you’re giving them a platform to express their views on the game and air any grievances they may have. Despite it being likely Gary had a few dissenting niggles particularly around disallowed goals, he embodied a class act you’d come to expect from someone with so much experience.

When you really care about the work you do around the National League you inevitably develop relationships with those you talk to regularly. I try not to take it personally that both Dave and Gary would have been desperate to avoid having to see me next season but congratulations to Dave that his wish was granted at Ashton Gate! Actually, in him and Matt Gray that’s two managers we’ve particularly enjoyed working with but that’s the beauty of the league in that we say farewell to two great guys but welcome Southend’s Phil Brown and Grimsby’s Ben Davies and look forward to getting to know them. In fact, we’ve also got Barnet’s Harry Kewell coming in to add some ex-Premier League sparkle to the Vanarama and we also look forward to welcoming Neil Ardley back into the mix at Solihull, too.

The Outlook Is Promising 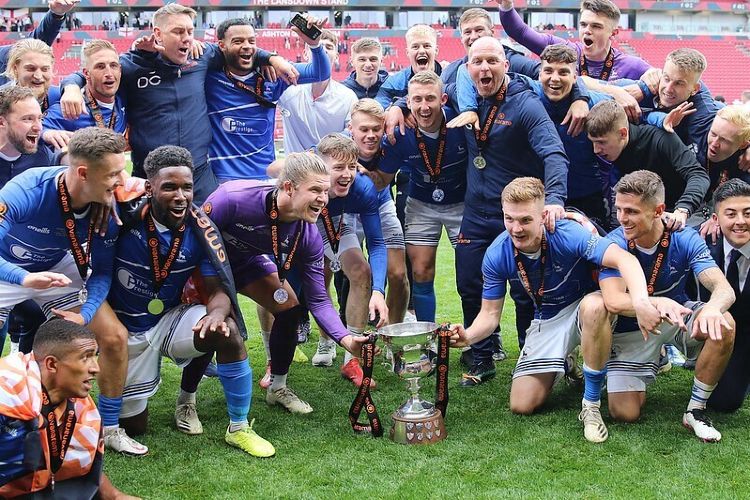 Next season promises to be outstanding again. Fingers crossed we don’t see games cancelled because of viruses and as a result we get to enjoy grounds at full capacity again because if we take anything from the play-off’s it’s that we really are half the league we would be if it wasn’t for the fans adding colour and voice to each game.

Sometimes like players and managers you welcome the summer break, but because of how this season finished I’m already counting down the days to the fixtures being released and watching the transfer market so I can start preparing for the big day in August. This really is a brilliant but underrated league. Sunday’s game demonstrated that in abundance.