How Much Does It Cost To Charge And Run An Electric Car?

The cost of charging and running an electric car is nearly always less than an equivalent petrol or diesel car. There’s no ‘one size fits all’ cost for charging an electric car, because of the difference in vehicle specifications, and also the difference in cost between a home charge point and public charge points. However, there are some basic parameters that allow you to calculate your running costs and compare them to what you might be used to as a petrol or diesel driver.

If you can charge at home, or even better, using a free charging station that you can find at many workplaces, retail outlets and parking garages, running an electric car will obviously be far cheaper. However, even with superfast 350kW charging, which can get closer to traditional fuel costs, you’d still be seeing significant savings.

How Much Will An Electric Car Save Me?

Our calculator is based on the average cost of electricity in the UK, which is 17p-per-kWh according to the Department for Business Energy & Industrial Strategy (BEIS).

This is compared with the average cost of running a petrol or diesel car – currently, 17p-per-mile, based on the £1.49-per-litre average of petrol and diesel. The per-mile savings are then multiplied into weekly, monthly and yearly savings, depending on your yearly mileage.

On average, our calculator estimates an EV could save you 13p for each mile travelled. Applied to the UK average of 7,400 annual miles, that’s almost £962 recouped every year. For drivers doing more miles, especially company car drivers, the savings could be significantly higher.

The tool also allows you to increase the average cost of fuel, to see how the ever-rising price of petrol and diesel could result in even more financial gain.

How To Calculate Your Electric Car’s Cheapest Charging Cost

Although home electricity costs do vary slightly across the country, the average price is currently 17p-per-kWh. To work out what that means in car-charging cost, you can simply multiply the rate by the battery size of your car and then divide it by 100. The answer is the cost in pounds for a single full home charge.

Using an electric Nissan Leaf and a petrol Nissan Micra, we’ve put together an indicative electric car charging costs guide for you:

Remember that’s based on an average electricity rate. Use an off-peak discounted rate and the chances are you could charge a Nissan Leaf for around £6. It is worth noting that unless you’re emptying your battery in a single day, most overnight charging at home will simply be a top-up and subsequently cost you even less.

The Cost Of Charging An Electric Car At Home 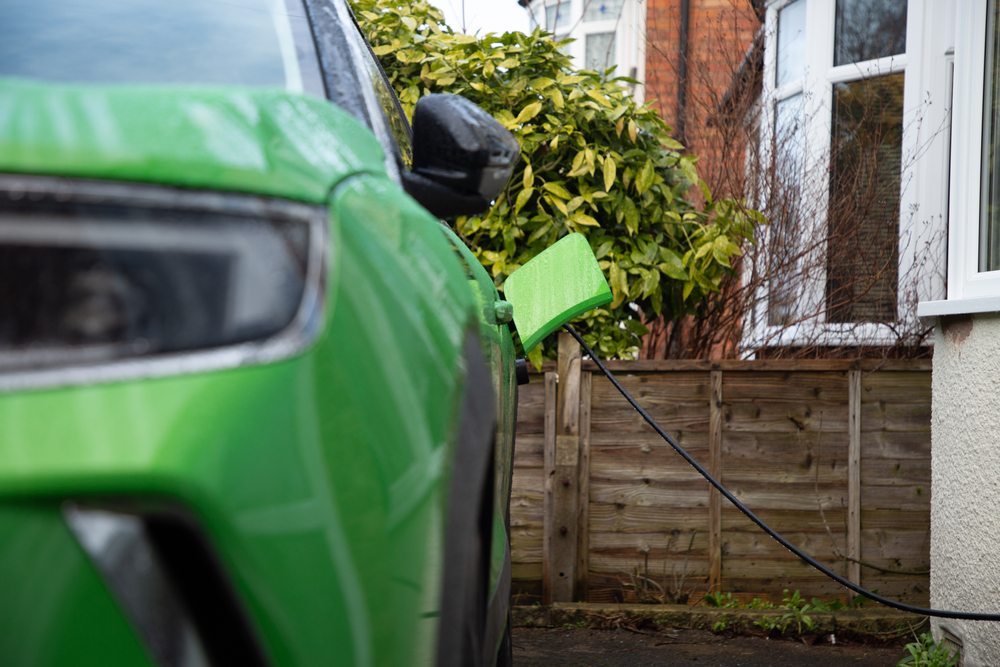 Electric car charging at home, using your own supply, means you can rely on the software in most cars to draw power only in the early hours of the morning to benefit from off-peak electricity deals.

Tariffs still vary between suppliers but in a highly competitive market, night-time charging costs can be significantly lower. As an example, Octopus Energy currently offers 4 hours of off-peak electricity every day for 5p-per-kWh, rising to 13.33p in the day.

Many electricity suppliers are trying to win over EV owners and overnight charging at a discounted rate will make recharging significantly more cost-effective than stopping for a tank of fuel.

And getting a good deal from your electricity supplier can extend beyond just a cheap rate. Right now suppliers such as Ovo are throwing in free BP Pulse subscriptions, meaning you’ll get discounted electricity on the road if you use the BP network. Choose the right deal and some makes of car even qualify you for up to 5000 free miles of charging.

Charging Your Car Away From Home 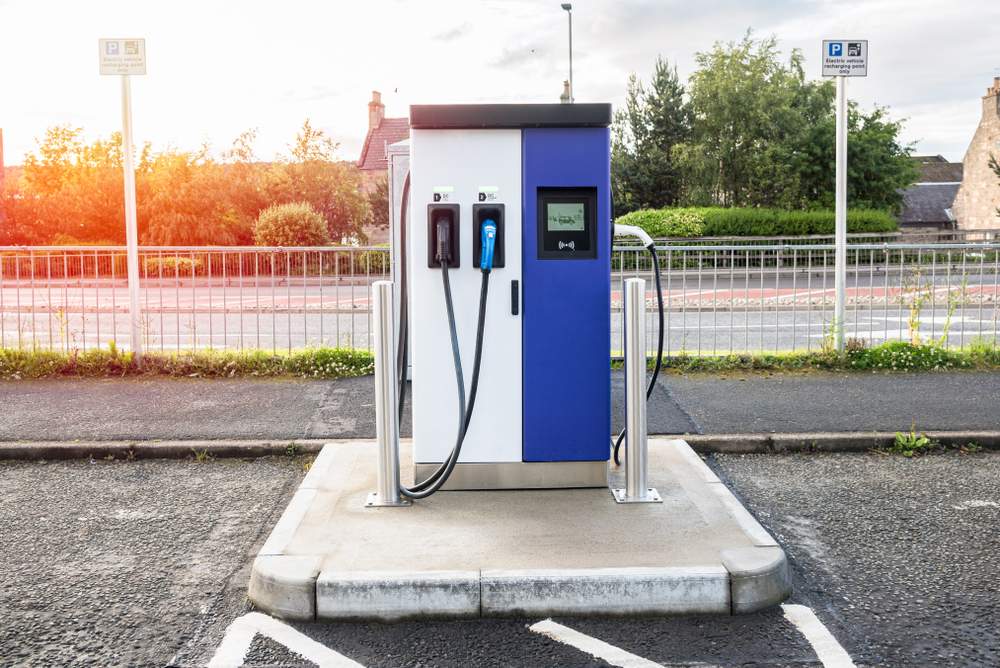 If you can’t get to a home charger or free EV charging point, then you’re going to have to head to what is the modern equivalent of an old-school service station, in the form of a booming network of electric charge-point suppliers who will allow you to plug in and charge up at one of their outlets.

While prices per supplier will vary depending on location and speed, as an indication of cost, a Renault Zoe with a 40kWh battery pack will cost anywhere between £9.36 to charge to 80% on an Ecotricity 43kW AC charger at 30p-per-kWh, and as low as £8.64 paying 27p-per-kWh at a BP Pulse charger.

If you’re plugging into a paying public network, the simple fact is your charging costs will vary depending on the speed you draw electricity.

The slower the electric car charging point – for example, a lamppost charger – the cheaper the rate. This sort of solution is perfect for plugging in cost effectively when you know you’re going to be parked up for a while.

If, however, you need a rapid top-up, then the network of rapid or superchargers that you will find at motorway service stations will mean you can get your batteries back up to full faster, but you will pay more for the privilege – sometimes as much as 2 or 3 times the cost of home charging.

Need to charge on the go? Take a look at our handy guide to where to charge an electric car.

How To Find Charging Stations That Are Cost Efficient

When you’re out on the road, it pays to use one of the many helpful EV charging apps (such as Zap-Map) for your smartphone, to seek out the most cost-effective charging points.

On the paying network – often with faster chargers – costs are unsurprisingly higher, ranging from 12p-per-kWh up to nearly 40p-per-kWh from some rapid charging points, working on a simple ‘pay-as-you-charge’ basis.

Even then, however, the cost of fully charging a 90kWh car like a Jaguar I-Pace on a 40p charger is still less than £40 – significantly cheaper than putting 70 litres of diesel into an equivalent saloon at £1.49 a litre and more… 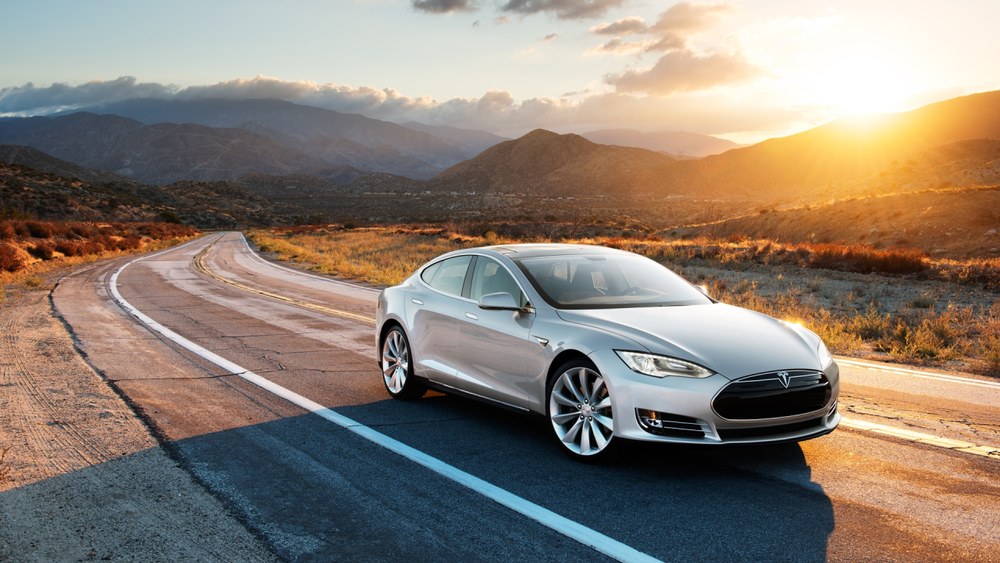 Many people are concerned that the slightly higher cost of new electric models (in comparison to petrol or diesel cars) offsets any potential running-cost savings, but the fact is over the course of ownership, electric cars should cost you less than an ‘old-school’ internal combustion engine, or ICE, car.

And when you lease, you spread that slightly higher entry price across the life of the vehicle, meaning that leasing can become an extremely effective way of offsetting the current premium you might pay for an EV.

A report from Direct Line has highlighted that the lifetime costs of running an EV really have fallen below those of a comparable petrol model.

In spite of the higher list price of electric cars, which accounting for Government grants of up to £2500, is still around £5,000 higher than comparable petrol models, electric vehicles are significantly cheaper to run. They are made even more financially tempting, thanks to the fantastic home or public charging offers we provide when you lease a vehicle with us at Vanarama.

The Direct Line analysis (which was carried out before the Government electric vehicle grant was reduced from £3000 to £2500) revealed that:

Average Cost Of An EV Per Year

On average an electric vehicle will cost its owner £3752 a year over the course of its life (including lease or purchase costs), compared to £3858 for a petrol car, resulting in an annual saving of £107.

Average Cost Of Running An EV Per Year

Annual tax and maintenance costs (including MOTs and servicing) for electric vehicles are 49% lower than for petrol models. This is because EVs have fewer moving parts and essential fluids than ICE models, so they cost significantly less to service.

While annual refuelling costs are an impressive 58% less for electric vehicles, the research also revealed that EVs hold their value better than petrol equivalents, with analysis of second-hand car data revealing that a year-old EV only loses 12% of its value, compared to a 24% writedown for petrol models.

While selling on the car isn’t a direct concern for drivers at the end of a lease, the expectation that electric vehicles will hold their value better could lead to lower overall leasing costs, as electric cars may retain more resale value for the leasing company.

Overall Costs Of Running A Comparable Electric And Petrol Vehicle

Benefit-in-kind (BIK) tax, or company-car tax, is paid annually by drivers of company cars, but the amount required varies greatly depending on the car in question. All-electric cars, for example, are subject to a BIK rate of only 1% until April 2022, at which point it’ll rise to only 2% until 2024. See below for info on how to work out your rates.

So there's really never been a better time to upgrade from an ICE car to an electric one. Take a look at our latest and greatest electric car lease deals today, including the Tesla Model 3 or Model Y, or even the MG ZS.

The Best Electric Cars In 2022
Right now, there’s a wealth of great electric cars out there to lease – of all shapes and sizes. Here, our motoring expert and chooses his favourites in 6 major categories. Read More
Charging An Electric Car At Home
Leasing an electric car? How and where to charge it will be one of the biggest questions on your mind. Find out the benefits of home charging and how best to do it...Read More
How Long Does It Take To Charge An Electric Car
Find out how long it takes to charge an electric carRead More
Latest Electric Car Leasing Deals
The best leasing deals on the latest and most stylish electric models.View Electric Lease Deals
Best Cars For Dog Owners
Looking for a car that can accommodate every member of your family? Here’s our round-up of the best cars to transport your beloved dog(s) in.Read More