The influx of foreign coaches into the higher reaches of English football has unquestionably enriched the national sport.

But the proliferation of imported bosses – 14 of the 20 Premier League clubs currently employ non-British managers – means aspiring coaches are moving down the football pyramid in search of opportunities.

Where once a top-flight playing career guaranteed a start in management at a high level, it is difficult now for former Premier League players to get their first dugout post in the Football League at all.

As such, the Vanarama National League has become a breeding ground for ex-pros taking their first steps into management. Here, we look at eight National League managers who featured regularly in the Premier League before they hung up their boots and addressed a tactics board.

An FA Cup and League Cup winner with Tottenham Hotspur during a distinguished, 18-year career as a full-back, Edinburgh is impressing with his stewardship of Leyton Orient.

The 48-year-old took his first managerial role while still playing, becoming player-manager of Billericay Town in 2003. He guided Newport County to promotion from the fifth tier in 2013 and has Football League experience thanks to spells with Northampton Town and Gillingham.

Now spearheading Orient's promotion push, Edinburgh has his sights set on climbing the Football League ladder with the O's.

Eight years passed after Watson's retirement from playing before he ventured into management, with the ex-Newcastle United and Everton defender taking the reins at Gateshead last October.

But the former England Under-21 regular had spent the intervening years building experience, working as a development coach at Huddersfield Town under Lee Clark, before moving with his former Magpies colleague to Birmingham City in 2012.

Having been assistant manager at Macclesfield for just over a year, Watson replaced Neil Aspin at the International Stadium and hasn't looked back since, despite Gateshead's financial struggles. "I don't consider myself a quitter. I've come up here and committed myself to the club," Watson said in June. 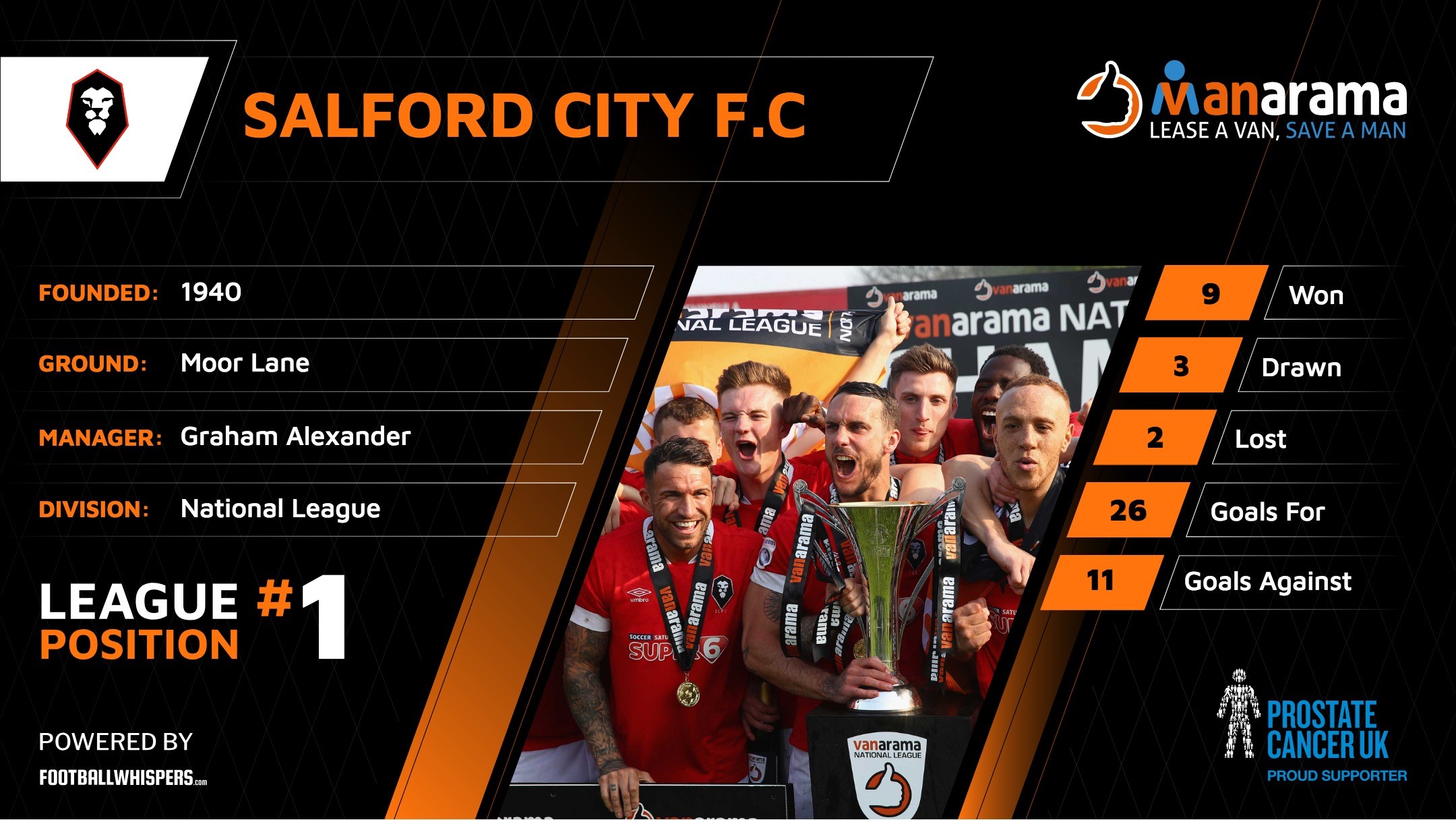 Capped 52 times for Wales during a career which saw him play 93 games in the Premier League between stints with Hull City and Bolton Wanderers, 36-year-old Ricketts has wasted no time in segueing into management.

A knee injury put paid to the Welshman's playing career in November 2016 and and he was appointed manager of National League side Wrexham in May of this year.

Despite his relative inexperience, Ricketts is impressing at the Racecourse Ground, where former Trotters team-mate Jussi Jaaskelainen has joined his backroom staff as goalkeeping coach. The former Wolverhampton Wanderers and Telford United defender has made no secret of his aim of guiding the Dragons back into the Football League.

They might be newcomers to the National League but Salford City are already top of the pile and their ambition knows no bounds.

The 'Class of '92'-backed side from Greater Manchester have been under the stewardship of Alexander since the summer and the former Preston North End and Burnley defender's impact has been instant.

Salford's signing of striker Adam Rooney from Aberdeen was seen as quite the coup during the last transfer window, but the appointment of Alexander, who has managed as high as League One previously, is also proving astute.

Of the managers listed here, Flowers unquestionably enjoyed the most successful playing career, having won the Premier League with Blackburn Rovers in 1995 and earned 11 senior England caps.

The Solihull Moors boss was one of the finest English goalkeepers of his generation and, at 51, is now passing on his vast experience in his fifth managerial post, having bossed Kidderminster Harriers and Salford Rangers either side of two caretaker stints with Northampton Town.

After twice impressing in a fire-fighting caretaker role, Bates was made full-time manager of Hartlepool in May this year.

A fixture at the back for Middlesbrough in the Championship and Premier League earlier in his career, Bates is still only 31 years old. After spending the final three seasons of his playing days with Hartlepool, he knows the club well and will be hoping to get them back into the Football League.

Fullarton's footballing life has been storied. He began his career with St Mirren in his native Scotland before joining French side Bastia in 1996. After just one year in France he joined Premier League Crystal Palace.

He turned out for, among others, Dundee United, Brentford and Southend United before retiring in 2005, but his predilection for travel, it seems, didn't fade when he hung up his boots.

His first major coaching move was to set up his own academy in Spain, later returning to England to coach at youth level with Bristol City and Bolton.

Fullarton's first senior management role was short-lived, dismissed from his post at Notts County just two months after taking charge, but he has enjoyed a better run at the Halifax helm, which he has held since February.

Another of the National League's budding young managers, 36-year-old Evett went from captain to caretaker manager of Chesterfield last season, as the Spireites fell out of the Football League.

The towering centre-back was released at the end of last season as quickly took charge of National League side Barrow.

Ever-present for Blackpool during the 2010/11 Premier League season, Evett has made his mark quickly, guiding the Bluebirds to midtable after they avoided relegation from the fifth-tier by just one point last season.