What do you get when you cross a club that hasn’t finished higher than 10th since 2007 and a manager than hasn’t finished lower than 7th in the whole 8 full seasons that he has presided over a club?

I am of course talking about the impressive record of Hartlepool United manager Dave Challinor who has taken the Pools to 3rd in the National League level on points with leaders Torquay, who they beat on Saturday, and 2nd place Sutton United. It’s fair to say Hartlepool have had a new lease of life under Dave Challinor this season.

Before we focus on the situation at present let's just take a moment to appreciate his managerial career in non-league football so far. At Colwyn Bay and AFC Fylde in those 8 successive seasons, Challinor has gained four promotions, two of them automatic and two successful play-off campaigns.

A great record made even more impressive by the fact that he had reached the play-offs in each of the four other seasons. Challinor is a man that doesn’t really know how to have an off season, although AFC Fylde fans might disagree?

In 2018-19 season, his last full season in Lancashire, he won the FA Trophy in his second trip to Wembley in quick succession, stopping Orient from doing the double. A show of resilience by bouncing back having experienced promotion final heartache the week before when they were beaten 3-0 by Salford.

The start of the 19-20 season went against the grain though. Despite a good run in the FA Cup Fylde’s league form was poor but it was still a surprise when the news came on the 12th of October that Challinor would be parting company with the club. (*Despite Jim Bentley’s appointment things didn’t improve, and they ended up being relegated back to the National League North.)

Challinor then took over at Hartlepool a month later and following on from some good work by Caretaker Manager Antony Sweeney he took the Pools to within 3 points of a play-off position and was seemingly on his way to weaving his magic once again. But then the pandemic caused the cancellation of the season and PPG took them from 9th to 12th. Heartbreak!  He must have felt like he should be doing something else when the play-offs were taking place?! 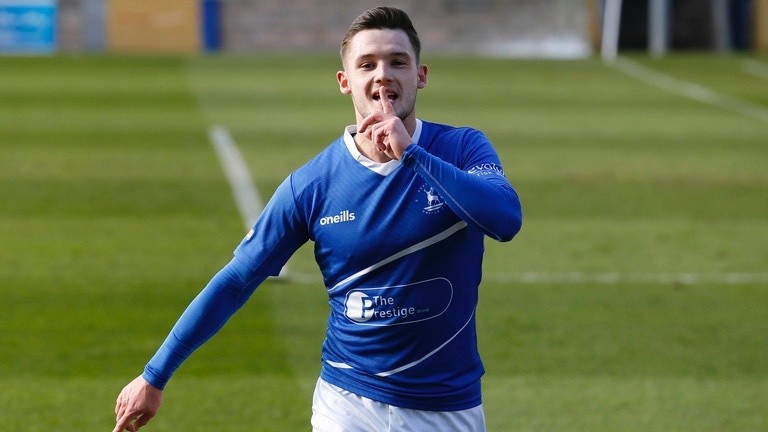 A New Lease Of Life For The Pools

That brings us on to what Dave Challinor is doing now. Having recently passed the 50-match benchmark his Hartlepool side have won 8 in a row at home and they’ve just drawn level on points with leaders Torquay after beating them 1-0 at Plainmoor on Saturday.

Before Saturday, Challinor’s side had taken just 6 points from their last 8 attempts away from home which is a huge contradiction to the 24 points they’ve won at Victoria Park in the same number of games.

Despite Luke Armstrong’s 9 goal tally so far since joining from Salford on loan Hartlepool seem to enjoy good possession on the road and spend a lot of time in the oppositions final third but hadn’t created the number of chances against Wrexham and Barnet that they require to win games comfortably.

Regardless of how many they score they’ll be delighted with winning 1-0 every week and now they have that win on the road they’ll hope their fortunes are changing. If they can use Saturday’s win at Plainmoor as a springboard for better away days and they start to mirror the results they’re achieving at home it’ll give Notts, Sutton, Stockport and Torquay a real cause for concern.

It wasn’t so long-ago Torquay demolished Hartlepool 5-0 live in their reverse fixture in front of the BT Sport camera’s back in late October. It seems recent form suggests both these team’s fortunes have turned. Hartlepool’s for the better and Torquay’s for the worse!

If we look a little closer the signs are very promising for Hartlepool. They have the fourth best defensive record in the league with Notts County and fellow high-flyers Sutton, Stockport bettering the Pools 24 conceded in 26 games.

But even better is they have the best home record in National League and are currently joint top of the form table with Chesterfield and the ever-consistent Sutton. In contrast Torquay are languishing in 13th place in the form table having only taken 9 points from 8 games.

It all bodes well for the Pools and although it’s not all down the manager you can’t deny the impact Dave Challinor has had. In my opinion he’s destined to manage in the football league, his record tells you progress with his teams is inevitable. Whether promotion beckons this season or not depends on Hartlepool’s immediate away form and their ability to score more goals (they’re 8th in the scoring charts FYI). But Saturday’s victory gives them real optimism and I certainly won’t be ruling them out as potential National League champions.

With Torquay not playing on Tuesday night, it’s down to the Pools, who are on the road again , this time to Altrincham, and Sutton who entertain Yeovil Town to fight it out for who takes the lead at the top of The Vanarama!