Who Will Make The National League Play Offs?

Last time I looked at the top 6 and gave my predictions on who will finish in that coveted automatic promotion place. So much has changed since. Will Wrexham’s bad luck cost them a play-off spot and does that open the door for Chesterfield and Halifax to make their recent ascent a permanent placement?

The way I see it, there are realistically 4 teams competing for 2 play-off places with 4 less likely in the chase behind them. Sutton, Hartlepool and Stockport won’t be losing their play-off places in the top 7, I don’t see Torquay slipping now they’ve got Danny Wright back, have 4 wins in 5 only conceding one goal and have regained the ability to score late on to win games like we saw them do on several occasions at the beginning of the season.

Notts County enjoyed back-to-back wins over the Easter weekend have an exciting prospect of a manager in Ian Burchnall, who I believe will comfortably secure their play-off ambitions. Stockport might have played out a goalless draw in front of the cameras v Bromley but I got a great impression from Simon Rusk and again feel they could be an absolute handful come the play-offs.

Let’s take a look at the 8 clubs and managers I think are in contention and scrutinise the detail around their games left to play.

· Only conceded 5 in last 10 - joint best with Stockport.

All signs suggest Chesterfield are heading for the play-offs. I’m going to say they finish 6th but it could be 5th or even 4th if Notts County and Torquay aren’t careful. Last game of the season between themselves and Halifax could decide who finishes 6th. Or better still for the neutral, it could decide the last play-off place. 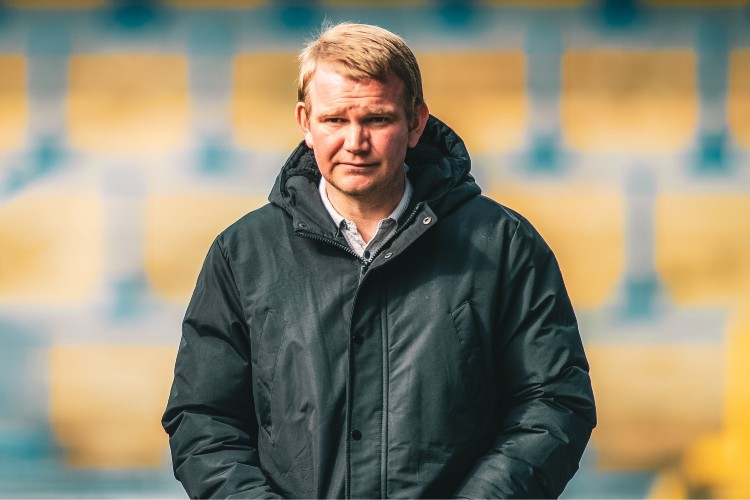 · Only one defeat in last 8 games since beating then leaders Torquay.

· Draws against Sutton and Hartlepool and wins v Notts County and Torquay in that run.

Pete Wild has made Halifax incredibly fit and incredibly tough to beat. I think they can afford to win half of their 12 games and secure 7th but 7 wins will put it beyond doubt.

· Were 7 unbeaten until back-to-back defeats over the Easter weekend saw them drop out of the top 7.

They’ve been incredibly unlucky losing Kwame Thomas to a season ending injury only to then lose Jordan Ponticelli to a hamstring injury v Notts County the next day. They’re unable to bring players in due to UEFA rules that affect them differently to the rest of the teams in the league and I think this seriously dents their chances of play-offs, even though teams will struggle to score against them.

They’d just got Rob Lainton and Shaun Pearson back too but I’m not sure that Dior Angus is going to be able to provide the goals on his own to help Wrexham make the play-offs or get into the football league via them. I don’t actually think Wrexham were meant to go up this year. The foundations are being laid for a big push next season and if they did it this time around it would be a surprise. Need 7 wins and a draw from remaining games. They could do it, but it’ll be tough.

· Victory v Maidenhead on Monday was first on the road in 7 attempts.

Had an unfortunate 6 match sequence against top 7 opposition recently gaining 5 points from those games. Curbed a disappointing run of 3 straight defeats with the win at York Road. Horrible looking run of games to come in mid-April starting at Meadow Lane followed by home games to Sutton and Notts County again finished off with a trip to Plainmoor.

Capable of beating anyone on their day and you can’t ignore the fact that they are better v top 7 opponents than most of their rivals. 8 wins from 11 games required.

If anything, their inconsistency and poor form of late will most likely cost them their ultimate goal of reaching the play-offs, like in 2019. I don’t think they’ve done enough lately to heighten anyone’s expectations but sometimes that plays in your favour.

Games v nothing to play for: 3

Were 1 defeat in 8 (to Sutton) then lost to Sutton again and Neil Smith was relieved of his duties, They then lost to Wrexham before Andy Woodman was given the job. Has since taken points from Wealdstone and Stockport and look a very different side under Woodman.

If it wasn’t for the awful record against the top 7 clubs I’d have expected a little more, but Woodman will give Bromley a resilience and the confidence to go toe to toe with bigger clubs. However, I still think they will miss out on the play-offs. By my reckoning that's 9 wins needed from 11 and I think that’s beyond a team getting to know a new manager.

Games v nothing to play for: 7

Maidenhead were on a poor run of 6 without a win before they beat Chesterfield and Torquay which gave them reason to be optimistic. Defeat to Altrincham in front of the BT Sport cameras left little reason to think they can break top 7 and they’ve followed that by losing both Easter games. They do have more games left than anyone but only a staggering run would likely be enough.

They need 10 wins from 14 games. They will be playing Tuesday - Saturday for the remaining 10 weeks and that’ll inevitably catch up with them. Losing players to international duty seemed to really impact the sides potential for a more exciting run in this season.

They’d need to win 9 of their last 11 to reach play-offs, turn those draws into wins and you’d be looking good. They’re holding their own against top 7 sides but not winning the games they should do and that’s why it’s not likely for them this year.

Games v nothing to play for: 6

Their form over the last 10 is on a par with Notts County and Torquay. If they could show a little more consistency their run in is actually full of potential. If 68 is the benchmark for top 7 they’ll need 9 wins though, which might be a little too much. I’d expect them to pick up between 10-12 points from their next 5 fixtures which could put them close later this month with the prospect of then facing Torquay, Sutton and Hartlepool in consecutive season defining fixtures.