As the full-time whistle blew on the 2016/17 season a cold, harsh reality set in at Hartlepool United.

Pools substitute Devante Rodney climbed off the bench to score twice and put his side 2-1 up against Doncaster Rovers to inspire fevered scenes amongst the Victoria Park faithful.

Relegation into the National League had surely been avoided and caretaker manager Matthew Bates had led the club to safety in only his second game in charge.

But news filtered through that relegation rivals Newport County had grabbed a last-minute winner in their home game against Notts County.

Hartlepool United's 96-year stay in the Football League was over.

Anger, frustration, disbelief, shock and disappointment swept across the terraces as if they were blown around by the North Sea wind.

It was matched on the pitch as reality set in for Bates and his players.

"It was just dejection really," explained the former Middlesbrough defender.

"It's difficult being the final game because after that everyone goes their separate ways.

"There is no time to really go over what had happened.

"You try and digest the situation as quickly as possible and realise that we hadn't stayed up.

"But it's just shock, especially after being so close to staying in the league." 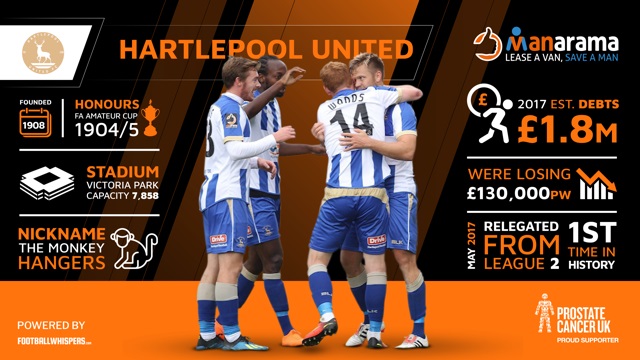 Bates stayed at the club as they prepared for life in the National League, working as first-team coach under new manager Craig Harrison.

The former TNS manager stepped into the Victoria Park hot seat in late May 2017 but struggled to help the club settle into life in the unforgiving world of non-league football's top tier.

Against a backdrop of off-field turbulence and concern over the club's ownership, Pools were sliding towards the relegation zone when Harrison was sacked after eight months in charge.

Bates was once again thrust into the role of caretaker manager.

A 1-0 home defeat against Ebbsfleet United marked the start of his second stint in temporary charge but things quickly improved.

This time there were no scenes of sorrow as Pools won five of their last 13 games including an impressive away win at Barrow and a home win against FA Trophy finalists Bromley.

Bates' reward for their improvement was to be named as the new permanent manager of Hartlepool United.

His reign has started well with the club sat comfortably amongst the National League's play-off contenders.

Ahead of Saturday's trip to Halifax Town, United have lost just one of their opening 11 games of the campaign.

There is a fresh feel around the club.

Bates has built on that with an impressive summer of recruitment.

Names aren't important in Bates' Hartlepool United, but the 31-year old manager is happy to fill his squad with the right characters.

He said "It's not about names here now.

"We want good characters in the dressing room and around the club.

"We had a lot of players put to us by agents but we had to be careful and bring in players that fit into our system and our way of doing things.

"I am enjoying it and we have good working environment at the club now.

"Obviously getting the takeover done was good for us and that helped us set about putting together a squad to make us sustainable in the National League."

The first two months of the season have offered hope and promise for supporters.

There is cautious optimism that the club can challenge for a return to the Football League.

For Bates, the target remains the same as it was at the start of the season – improve on last season and look to build a squad to challenge.

That target, no matter how promising the start has been, will remain the same.

The Pools squad, led by their young manager, remain grounded.

"The target will stay the same as it was in the summer," explained Bates.

"If we exceed it, that's great.

"But it will stay the same.

"We need to remember we are still in the early days of the season and it's really boring to say this but we will take things game-by-game, week-by-week.

"There will be more ups and downs to come but we are ready to take on whatever challenges are put towards us."

The former caretaker is taking care of business at Victoria Park and giving Hartlepool United a bit of hope and belief. 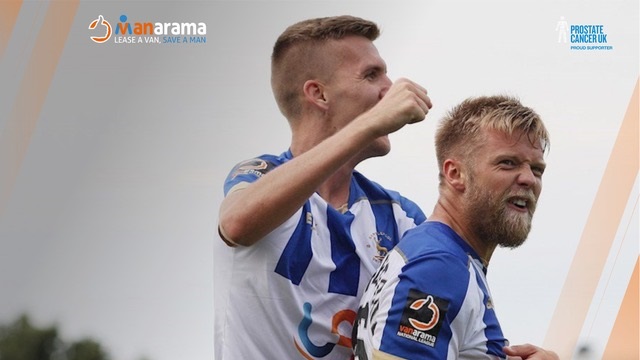 This exclusive interview was written by Mark Carruthers, Football Whispers, for Vanarama.

Vanarama are undertaking a 45-day challenge to raise £150,000 for Prostate Cancer UK. Find out more about how to lease a van, save a man.