The National League’s representatives in the FA Cup 3rd Round ties have been well and truly snubbed as far as the magic of the FA Cup and broadcasting traditions go. Imagine being denied the neutral’s excitement at seeing Sutton beat Leeds live on BT in 2017 or Lincoln beating Burnley on the same network in that same season?

If you want 3rd Round cup upsets specifically, you’ll have to go back to 1989 and Sutton’s famous 2-1 win against Coventry who had won it v Spurs two years previously. This year though, Chesterfield, leaders of the 5th tier, are playing at Stamford Bridge against the current Champions League holders and you’re telling me that fairy tale isn’t worthy of coverage on the BBC or ITV?

It’s not how often the shock actually happens that matters, it’s the prospect, the hope, the non-league side going a goal up, the not knowing until the final whistle! How can they possibly think this is what the fans want? West Ham v Leeds? Aston Villa v Manchester United? Both of these rather mediocre Cup fixtures that will surely only appeal to fans of those clubs are going to be replayed the week after in the Premier League! 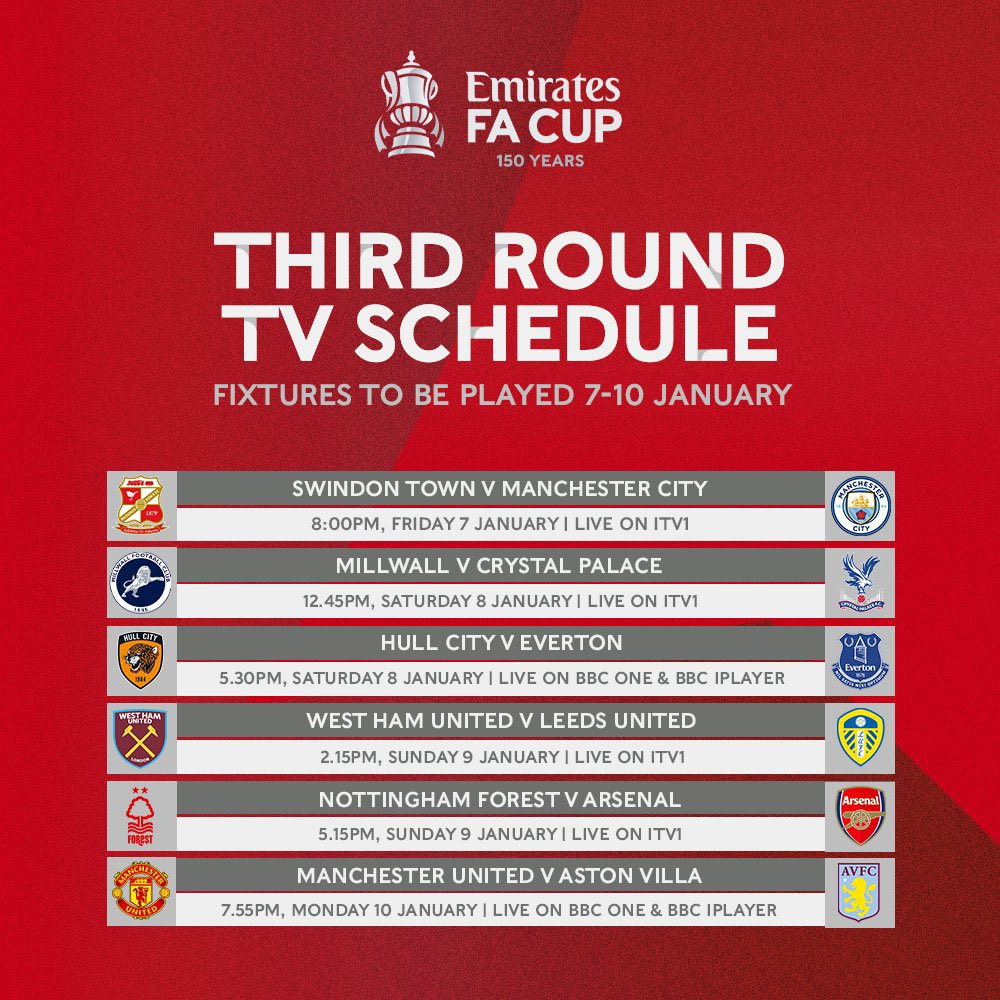 Being the lowest ranked side in the competition is usually a credible reason to be given a slot on the box. Kidderminster of the National league North earned themselves a home draw v Championship strugglers Reading and with that, the prospect of testing themselves against ex-England internationals Andy Carroll and Danny Drinkwater. How is this game not immediately broadcast-worthy?

Yeovil are playing Championship Bournemouth who are currently 2nd, a point behind Fulham. To me that’s a big deal and because it’s at Huish Park and Yeovil are the kind of side that’ll give everything to spoiling Bournemouth’s afternoon, I also cannot believe that this isn’t to be televised.

Ok, Boreham Wood v AFC Wimbledon of League One is less glamorous than the other three, although to non-league lovers it’s got a great hook with Luke Garrard facing a side he played 98 times for before joining the club he now manages. ‘The Wood’ went out at this stage last season to Millwall but a win is more than conceivable against a young Wimbledon side, especially with the form they’re in having only lost twice all season.

It’s just a strange strategy from both the BBC and ITV. Do they guarantee themselves a bigger audience by airing an FA Cup game in Premier League clothing? It’s meant to be the non-league clubs’ payday. Were meant to respect and honour the financial security and boost to future solvency that these opportunities provide and to deny them that is almost irresponsible given how top-heavy our football pyramid stands.