Who's Your Second Team?

It’s been a chaotic week in football and the ambitious attempts of the ‘top 6’ clubs have seemingly failed, having not read the room adequately ahead of announcing their plans. The gulf between football owners and the people who have put their heart and soul into supporting their side has never been more apparent.

Greed and corruption have existed in football for some time, it doesn’t start and end with the recent proposals. I think the lasting impact of it will be that we start to evaluate our relationships with our clubs, we realise that we are much more important than we thought, that our voices are of value and the pounds we spend should not be taken for granted.

I’ve worked on the National League for 4 years now, so when the drama around football’s supposed elite unfolded, I immediately felt thankful that I had another consistent and trustworthy source of entertainment which would continue to provide my footballing fix. 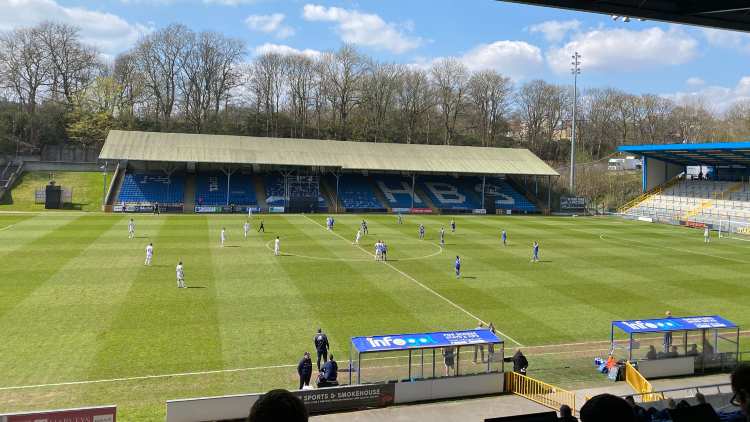 A Sense Of Community And Authenticity

Both as a player and a broadcaster, I’ve always admired the supporters of teams lower down the pyramid. Their love for these sides is often based more on geographical context or generational connections to their community rather than who wins the Premier League. It takes authenticity and originality to choose a side for any reason other than glory.

I think glory has become slightly less attractive, or at least less important this week. What we all really want is a sense of pride, the feeling of belonging to something that has a consistent identity and a sense that our club conducts themselves on and off the pitch in a way we can be proud of and feel aligned to. Maybe that’s the value of supporting lower down the leagues? You can see first-hand how appreciated you are and the difference you make.

We also want to see competition and parity. The supporters were once the difference, pushing their team on to earning victory with that late goal when they were allowed to spectate, and we hope those days are relatively close to returning because we understand that football is not the same without us.

In my privileged position watching the top tier of non-league football, it now makes more sense to me that all football fans would benefit from having a second side outside of the Football League. That will already be the case for many, but if this week has taught us anything it’s that we have a responsibility to protect what is good for the integrity and continuation of the wider football family and not just the elite. After all, that’s why we were so opposed to the idea, wasn’t it?

Can we make space in our affections for anyone other than your first choice? If one of the improvements we’d like to see in football is a fairer distribution of money throughout the game we can expect that to be overseen by the Premier League and FA, but crucially, we can decide how and on who we spend our own footballing budget.

We have many well supported ex-football league sides in the 5th tier. Some of them, such as Hartlepool, Torquay, Wrexham, Chesterfield, Halifax, Notts County and Stockport, are battling for automatic promotion or one of 6 available play-off places. In amongst those giants of non-league you have Sutton and Bromley, both very much holding their own with incredibly realistic chances of finding themselves in the EFL for the first time in their club’s history.

All clubs have been hit financially from playing behind closed doors, but the lower you go the more there is a realistic chance of clubs permanently going out of business. We need more football fans to look beyond that attractive allure of the Premier League and to find a non-league side that they can get behind. What may at first feel like an act of footballing kindness or preservation could undoubtedly give you an angle and experience of football that you’re currently missing.

I personally feel connected to every team in the Vanarama National League. I spend many hours every week researching and updating my knowledge of each side. Now that Orient, Salford, Tranmere, Harrogate & Barrow are promoted, I can’t help but look out for their results and follow their progress. We should all have a second team, who’s yours going to be?