The National League teams with big money and big plans

With the boom in TV revenue and an ever-inflating transfer market, rich investors contemplating buying football clubs are increasingly looking further down the pyramid to find value for their money.

The Vanarama National Leagues are currently home to a handful of exciting projects, clubs with lofty plans propped up by owners with deep pockets.

Here, we look at five such teams.

Don't let the fact that they are currently playing five tiers below the Premier League fool you – Salford are one of the most ambitious clubs in all of English football.

With former Manchester United stars Gary Neville, Phil Neville, Paul Scholes, Nicky Butt and Ryan Giggs all owning a ten per cent stake in the club, the Ammies have been promoted three times in the last four seasons.

Now under the tutelage of former Preston North End and Burnley defender Graham Alexander, Salford are top of the Vanarama National League.

And, in addition to the 'Class of '92' co-owners, it is the bankrolling of Singaporean billionaire Peter Lim, who owns 50 per cent of the club, which has seen the Greater Manchester outfit able to attract stars from higher divisions – such as the controversial signing of top scorer Adam Rooney from Scottish Premiership side Aberdeen this summer.

Following their 2014 takeover of the Moor Lane club, Salford's owners laid out a plan to be playing Championship football within 15 years. It seemed almost laughable at the time but, four years in, they are only three promotions away from their target.

Relative newcomers as a club – having only been formed under the name Kirkham & Wesham in 1988, following the merger of Kirkham Town and Wesham – Fylde are playing catch-up, working towards quickly writing a rich history for themselves.

Investment from local businessman David Haythornthwaite in 2008, also the year in which the name change to AFC Fylde occured, propelled the Lancashire club from the West Lancashire League to where they now find themselves, one step away from the Football League.

During his playing days, Challinor was best known for his long throw-ins, able to launch the ball dangerously into the box from the touchline. Now, the 43-year-old's managerial acumen is seeing him propell Fylde up the English football pyramid with equal velocity.

Ebbsfleet have been owned by KEH Sports Ltd, a Kuwaiti investment group, since 2013, wiping the struggling club's debts and bankrolling a drive to make it into the Football League.

Defeated in the National League South play-off final in two of the three seasons immediately after the takeover, it was third time lucky for Ebbsfleet in 2016/17, when the Kent club saw off Chelmsford City to earn a place in the fifth tier.

With former Fleet defender Daryl McMahon – one of the youngest managers in the National League at just 35 years old –  at the helm since 2015, Ebbsfleet finished a thoroughly respectable sixth last season.

While they are currently off the pace at the top of the table, occupying 15th position, 15 points behind leaders Salford, Ebbsfleet will be hoping to build momentum and push for a play-off place this term. 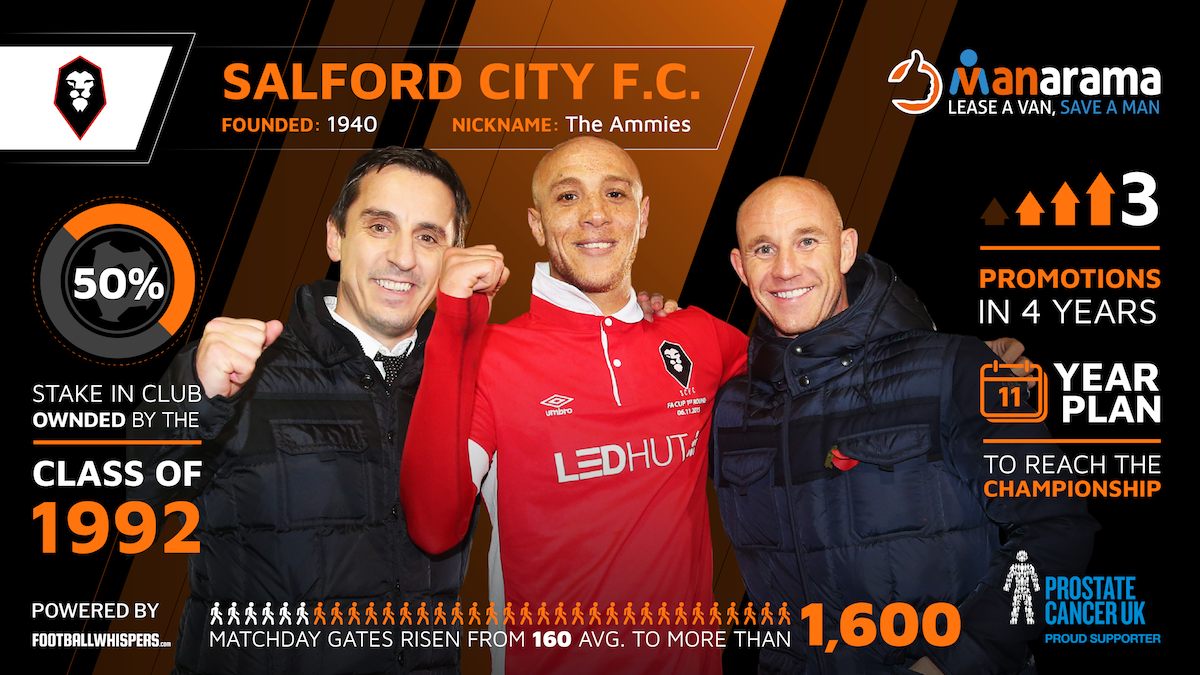 It's been a rollercoaster few years for Billericay.

Under the ownership of Glenn Tamplin since 2016, the club have welcomed several high-profile signings, such as former Premier League stars Jamie O'Hara and Paul Konchesky.

And they have enjoyed unprecedented success, winning and retaining the Isthmian League Cup in 2017 and 2018, earning promotion to the National League South and enjoying a run to the first round proper of the FA Cup.

But there have also been moments of unsavoury controversy since the steel tycoon's takeover, with public bust-ups with managers and Tamplin even putting himself in the dugout.

Tamplin now claims he is looking to sell the club, but he will only do so if he is able to find investors who can match his ambitions for Billericay, otherwise he will remain in place.

"Let me tell you, it is looking like I am going to stay," Tamplin said recently, "because I can't find investors that are willing to put their hand in their pocket every week like I do and I'm not going to hand it over to someone that is going to let the club sit in this league or go down a league and not continue with the dream that I sold to the fans and the community."