The Weight of Expectaion

So much has happened since the bank holiday weekend. Notts County have been on a run of late with 3 straight victories, scoring 11, conceding only 3 and up into 5th place with a game in hand over all around them except Wrexham, who they play in a 6-pointer next Tuesday night.

The reason I mention Notts instead of focusing on Sutton and Torquay’s battle for the title is I watched them snatch an invaluable victory over title hopefuls Sutton that weekend. Ruben Rodrigues scored that last-minute penalty and, on that occasion, something really stood out for me – how much better they played with 10 men!

You could have predicted Dion Kelly-Evans 67th minute sending off long before it happened and like most watching the game on BT, I imagined Sutton would go on to secure the win but after bringing on Brindley for Miller and switching to 4-4-2, County were on the front foot and had the better of the chances for the remainder of the game.

Following Along With The Fans

While I’m watching the games, I also follow the fans comments on the clubs’ twitter feed. Let’s just say there was more doom and gloom than there was hope and optimism! So, what followed was obviously a surprise to them too.

The most apparent thing I notice whenever visiting Meadow Lane is that there is always a collective sense of relief amongst particularly the players, but pretty much anyone associated with the club who is present on the day. This sounds like an obvious statement, but there’s a big difference between relief and joy. When they went down to 10, not only did Kelly-Evans walk off the pitch but so did the expectation. What followed was a team playing with nothing to lose and from a psychological point of view they were much better for it.

Pressure will always be part of the job. Those teams that have nothing to play for have none and their performances will likely be flatter, unless they enjoy the task of stopping someone from having an easy run to the title or into the play-off places. We’ve also seen how clubs have buckled under the pressure of being top or finding themselves in the top 7. Torquay are a good example of this, watching their lead reduce week on week before their recent resurgence.

Then there’s the teams that seem to suffer from the weight of expectation, and when I say teams, If were specifically talking 5th tier, i mean Notts County. Regardless of who’s injured, under both Ardley and Burchnall it still feels like the expectation remains consistent. 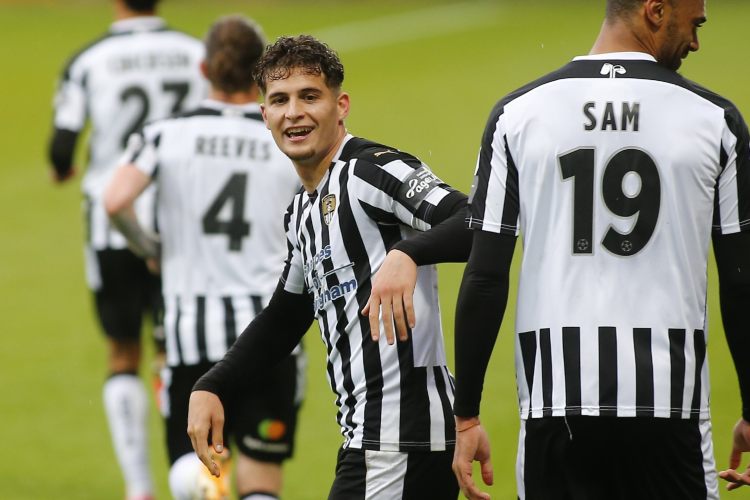 I understand fans are desperate to return to the Football League, but I often feel that some (not all) forget the fact that this must be earned. I've watched many big clubs drop out the Football League and fail to accept the level they are at or how difficult it is to get back to where you were.

We currently have 7 ex-Football League clubs vying for promotion, with Sutton, Bromley and Eastleigh looking to reach the Football League for the first time. What gives a side the right to feel entitled and why have I sensed that from so many recently relegated clubs?

There’s a good reason why clubs rarely bounce straight back into the EFL following relegation. It’s partially because clubs usually take some time to adjust to the league, but also because of the blow it lands to the pride of those who run the clubs and their supporters.

I remember overhearing a director of football talk to a room full of supporters in a corporate lounge before a game as though that particular club were still a Football League side, even though they were about to face Dover in a National League fixture. Unsurprisingly that club very nearly got relegated again that season, which for me was down to unrealistic expectations based on who they once were and a complacency towards the size of the task that the national league represents.

Teams And Their Fans

My enduring impression of County is how a big club can be hampered by a sense of unrealistic expectation. Of course fans have the right to desire promotion, but having a sense of entitlement will create a counterproductive type of pressure. I’m sure Wrexham felt the same 12 years ago, but thinking you’re a big club who ‘should’ be elsewhere doesn’t help you get points when playing Weymouth away on a Tuesday night.

Look at the clubs with recent success. There’s a reason the relegated clubs don’t bounce back with ease. Cheltenham were the last club to do that, but they had Gary Johnson in charge who knew only too well what this league was all about and what it would require so you’d get no complacency or disrespect from him.

The fact that teams like Harrogate and Salford coming up from the 6th tier have managed promotions to the Football League shortly after, at a time when Tranmere and Orient also found a way after periods of adjustment, might suggest that teams do benefit from not being a big club with Football League history. When promotion is the goal but not necessarily the expectation it invariably helps teams across the line.

It also promotes the debate around which clubs have maybe benefitted from supporters not being in the grounds, but what does that say about their supporters?!

West Ham are the obvious Premier League example. In fairness, we can’t say for sure if their strong season is down to their fans not being present because David Moyes deserves more credit than that, but as I’ve already made clear, Notts County are unquestionably the team you think of in the National League when it comes to pressure from the fanbase.

Campaigning And How Important It Is

I’ve been to Meadow Lane 5 or 6 times but never with fans present. I base my opinion on what I see online which I totally accept is likely to only be a fraction of the support. I also obviously speak to the club officials at length, which I feel gives me a good insight, but I do really want to know what that place is like with fans in. Would Ardley still be there without the pandemic? Would he have gone sooner and would they have already hounded out Ian Burchnall when they went 6 without a win?

Before the game against Sutton I almost felt nervous for Ian Burchnall that tickets were on sale for the Weymouth game on the 22nd. Now I can imagine everyone involved will be slightly more relaxed and supportive, particularly after convincing wins against Barnet and Maidenhead. Having said that, they do still need to get past Bromley (twice) and Wrexham!

Ian Burchnall may or may not end up being the man for the job at Meadow Lane. Can he be blamed for the key injuries to players like Cal Roberts? For Kyle Wootton’s unexpected goal drought?

If he doesn’t deliver a play-off winning campaign or indeed a play-off campaign at all, many will see that as failure even though he’s only presided over 12 league games. It was a strange time to change manager. but I think he is more than worth another season to see what he is really capable of when he has shaped the squad in his own image over the summer. It’s amazing how quick we can be to make our mind up about someone. Sometimes we can be in such a rush to get somewhere that we don’t actually ever get there at all.

if you enjoyed this blog, check out our other national league articles.