Who are the Man City of the National League?

After some tough times in the '90s, where relegation was a far too common occurrence for its loyal fans, this team based up north have been riding on the crest of a wave during the last ten years and have claimed a bucket load of trophies in the process.

No, I am not talking about Manchester City, instead I am reciting the history of AFC Fylde – a National League side.

Even though this could be a chapter in the Sky Blues' story, it is about another team based not too far away from the M6.

Clearly Pep Guardiola's City are a world away from Dave Challinor's Fylde when it comes to finances, but there are plenty of similarities between the clubs.

The history of the two northern sides, especially during the past few decades, are spookily alike.

City suffered two relegations during the final decade of the 20th century – one in 1996 and another in 1998.

Fylde, who were at the time called Kirkham & Wesham, also suffered several lows in the same period as they went down from the West Lancashire League Division One in 1990 and, despite coming back up, were relegated again in 1995.

Eventually both clubs recovered to get to where, at the time, they felt they deserved to be.

At the start of the 2000s, Kirkham & Wesham would go on to enjoy a huge amount of success, but one of the biggest victories in this period occurred in dramatic, late circumstances… remind you of anyone?

Fylde's very own Agüero moment happened in the final of the FA Vase in 2008 at Wembley Stadium.

Still named Kirkham & Wesham at this point, the biggest game in the club's history looked set to end in disappointment as Lowestoft Town held a one-goal lead on May 11 heading into the dying exchanges of the tie in front of an attendance of 19,537.

But Matt Walwyn come off the bench to level with 84 minutes on the clock and then managed to grab a stoppage-time winner to earn his team a maiden FA Vase triumph, which pocketed them a huge amount of prize money.

The following campaign, Kirkham & Wesham changed their name to AFC Fylde and it was during this summer of 2008 where the investment of David Haythornthwaite, now chairman of the Coasters, began to increase. At the same time, the Abu Dhabi United Group took over at Manchester City and we all know what happened there.

Both clubs have won a plethora of silverware during the past decade and done so with a similar number of managerial changes and with a sizeable amount of investment in comparison to most rival league clubs.

Since 2009, City have employed Roberto Mancini, Manuel Pellegrini and Guardiola as managers and Fylde have had Mick Fuller, Kelham O'Hanlon and then Challinor in the same period.

Over the last ten years, the Sky Blues have used their financial firepower to bring in the best players around the world, and while Fylde can't do the same, they have had a vast amount of money behind them thanks to local business man Haythornthwaite.

It has helped Challinor take the club from the Northern Premier League Division One North to the National League in the space of five years.

Yet the financial clout available to the Coasters boss should not take away from his magnificent achievements, especially given the style of play he has implemented at Mill Farm, which is also fairly similar to City.

It is the passing, possession-based football Fylde try to play which makes them more like Guardiola's than anything else.

During Challinor's playing days, he was well known for his long throws at Tranmere Rovers, but his current side are more likely to score a goal involving numerous one-touch passes rather than from a speculative throw-in.

The goals they score also help strike a resemblance between one huge Premier League club and a team based in Lancashire which had an average attendance of 1,798 during the 2017/18 campaign.

While Challinor has had money to spend, one of the best and smartest bits of business he has done was signing Danny Rowe from Lincoln City.

Since snapping up the one-time Manchester United trainee, he has been a revelation at Mill Farm and been Fylde's very own Sergio Agüero.

Rowe smashed 35 goals in his first season, another 31 in the 2015/16 campaign and a stunning 48 two years ago as the Coasters won the National League North title.

He shone last term too, netting twice against Wigan Athletic in the FA Cup and adding another 24 in the division.

The goal-scoring exploits of Rowe helped Fylde score 82 times in the National League last season which was more than any other team.

On top of this, Challinor led his side to some emphatic victories during the 2017/18 campaign which draws comparisons with City. 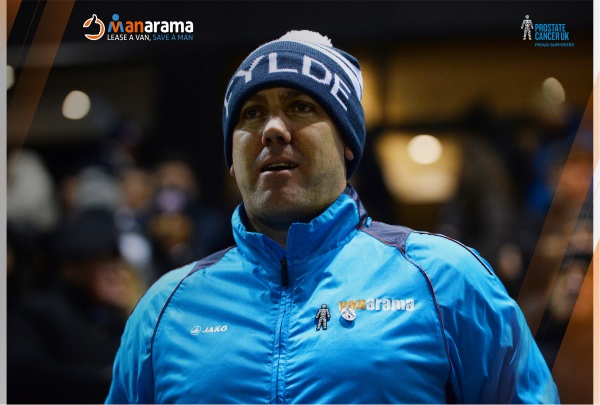 Even though the Coasters are not going to win the Premier League with 100 points any time soon, if David Silva fancied a spell in the National League towards the end of his distinguished career, he would find plenty of City's traits at AFC Fylde.

This article was written by George Sessions from Football Whispers.