Information about the new Electric Ford Transit E-Custom has been hard to come by, but the van has finally been revealed by Ford Pro (Ford’s new commercial vehicle worldwide sales and after-sales business arm). To put this news into context, the current version of the Ford Transit Custom is the UK’s best-selling light commercial vehicle, and anyone wanting to drive an electric medium-sized Ford van has only been able to lease a hybrid version of the Transit Custom. But now, as part of the company’s commitment to electrifying its entire product range, Ford Pro has released some details and new images of the fully-electric Transit E-Custom.

Is The Ford Transit E-Custom A New Van Or Just An Update?

At first glance, the new van looks similar to the current Transit Custom, but Ford Pro has confirmed that the van is an all-new, designed-from-the-ground-up light commercial vehicle “with electrification and next-generation connectivity at its heart”. Ford Pro has confirmed that there will be diesel-powered versions of the new Transit Custom to replace the outgoing current version. I for one will be very sad to see the current generation leave the market - it’s an excellent van. 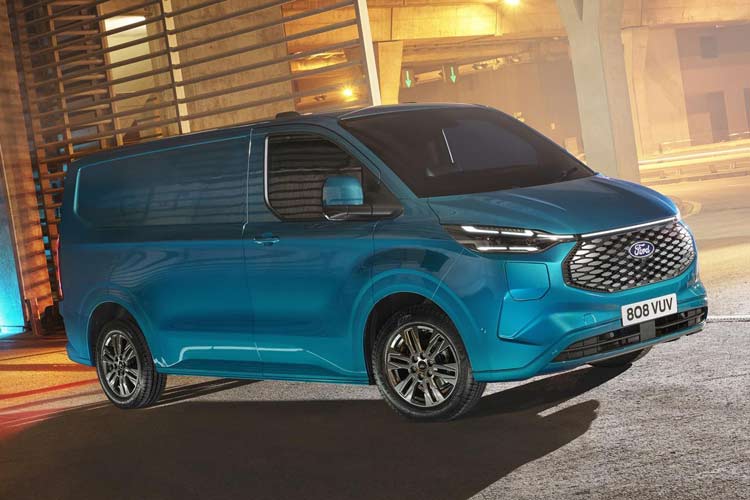 What Range Will The Electric Ford Transit E-Custom Have?

Despite the big reveal, range details are still a little sketchy. Ford has stated that the new E-Custom will have an official WLTP combined range of up to 236 miles on a full charge - very impressive, but of course that will come down in colder weather, under load & with battery-draining tech like your air con turned on). The fresh new styling will also be accompanied by practical benefits, such as the ability to tow. 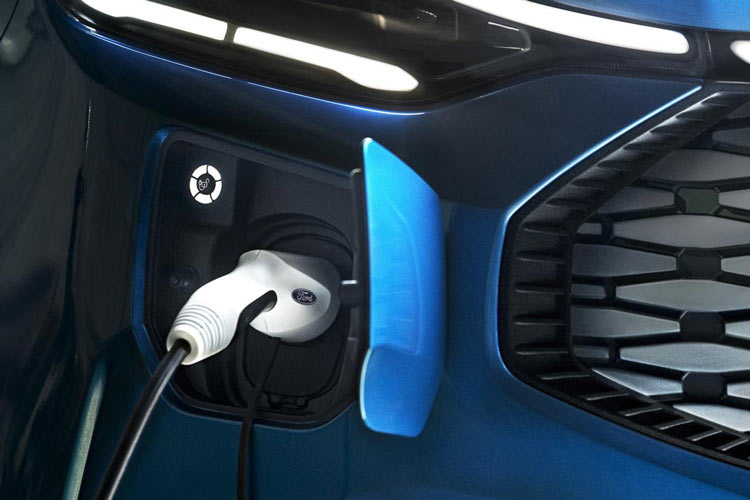 What New Technology Will The Ford Transit E-Custom Offer Drivers?

The Ford Transit E-Custom’s new exterior includes an LED strip which connects the left and right headlights, and an equally flashy new front grill design with (as the manufacturer puts it) “polygon detailing”.

As with all new Fords, the van will also come with an integrated modem allowing for full connectivity, including for telematics which will please fleet operators. There will also be the option of Pro Power Onboard – a high output mains supply allowing the charging of tools and the full operation of mains-powered equipment. 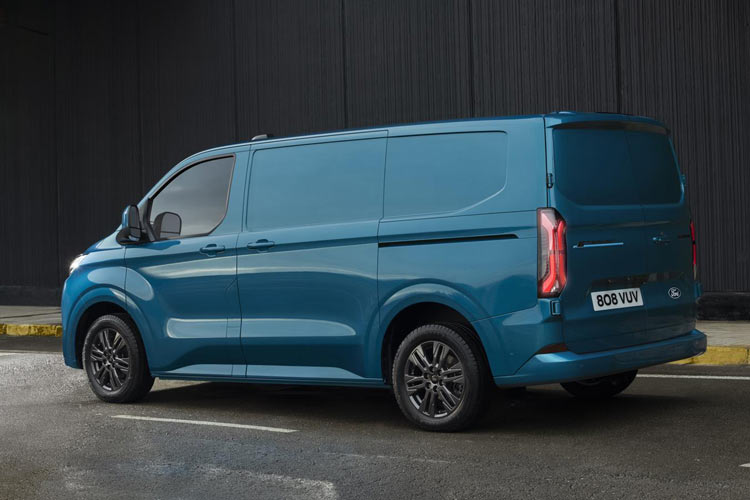 Will The New Ford Transit E-Custom Be Any Good?

Just as Ford Pro has done with the larger E-Transit (which is now on sale), I’m not overstating it when I say that Ford Pro has set a new bar with the E-Transit Custom -  one that other manufacturers will now be aiming to match or beat with their future models. Ford has promised more details in the autumn of 2022, with the E-Custom going on sale later in 2023.

If you enjoyed this article then take a look at this one about Tom’s experience driving a Ford Transit Custom PHEV to Bath and back, and if you’re in the market for a new van take a look at our Hot Offer leasing deals.