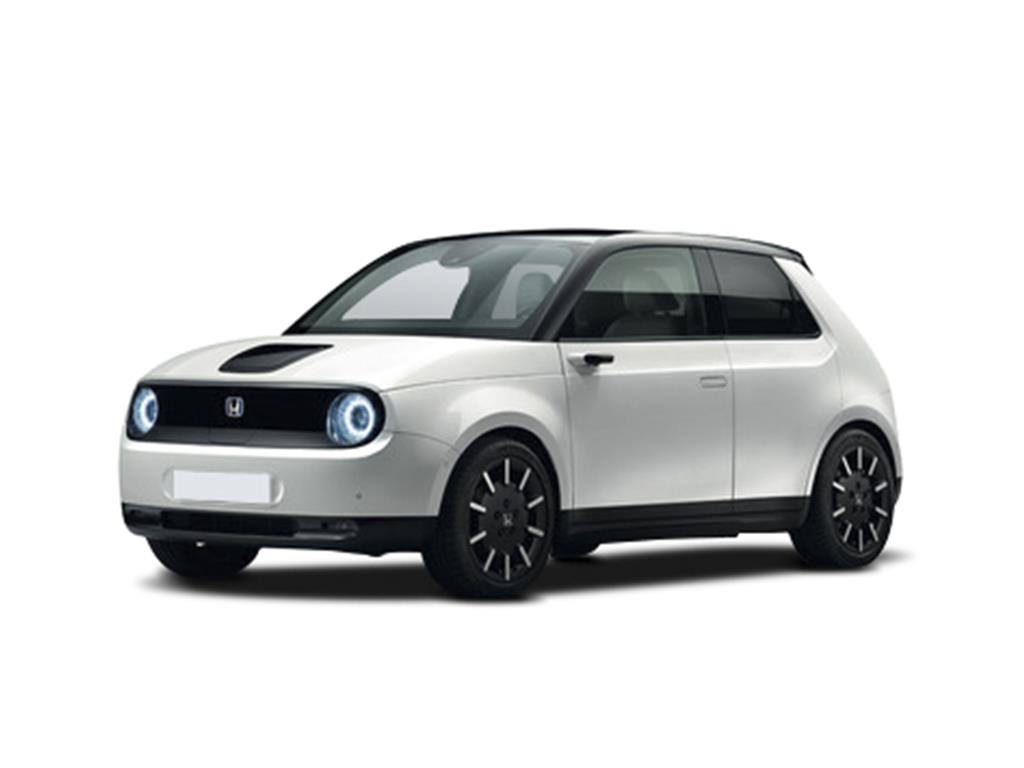 Why Lease the Honda Honda E? 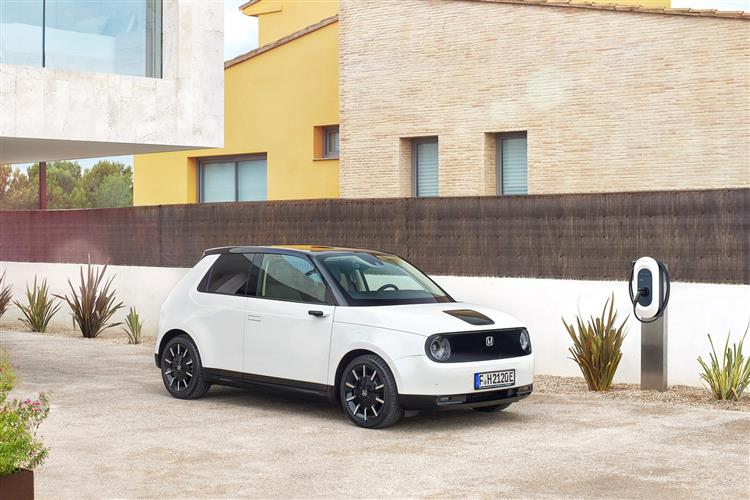 The Honda e redefines what a full-electric city car can be. Jonathan Crouch takes a look.

Electric cars are all very worthy but, by and large, they tend to lack any kind of 'want one' factor. Here's one though, that you might really covet - the Honda e. Because it's very small and doesn't go particularly far on a single charge, it's very much an urban town runabout. But what a cool one to have.

What should a city-based full-electric urban runabout really be if an element of desirability as well as efficiency is called for? Something like the Honda e? We can see why you might think so. The Japanese brand believes that EV makers have been producing boring, pricey products with expensive technology delivering extended range that city folk don't actually really need. Which explains why the Honda e restricts the size of both its battery and the resulting driving range. There are many compensations though, as we're about to see...

This is a great little city scoot. There are two outputs to choose from (136PS and 154PS) but the base one will be fine for most. With proper independent multi-link rear suspension (of the type most small cars do without), the ride is excellent and there's a super-tight 8.6-metre turning circle kerb-to-kerb. Honda has made the power output quite linear so you don't exhaust the limited battery capacity with neck-snapping acceleration from the get go, but 62mph from rest is still quickly dispatched in 8.3s in the higher output variant (it's 9 seconds for the 136PS model). With 315Nm of pulling power on tap, it should actually feel a bit faster than that. Like most Evs, this one has a bit of a weight problem: 1,514kgs is a portly total for a car this size, though to be fair, that figure's not too bad by EV standards. Honda's very proud of the way it's been able to achieve a perfect 50:50 weight distribution thanks to the way that the batteries have been mounted as low as possible in the floorplan and as a result, cornering body roll is commendably well controlled. As with a Nissan LEAF, there's also a button for one-pedal driving; with this applied, the regenerative braking effect when you lift off the throttle slows you so much the brake pedal is virtually redundant.

This is a very compact car indeed - it's only 3.9-metres in length and will only ever be offered in 3-door hatch form. By modern standards, it's a tiny roadway footprint, just 1,750mm wide and 1,510mm high. That makes this car slightly shorter than a Honda Jazz supermini and around 100mm taller than a MINI. The look is slightly watered down from that of the 'Urban EV' concept car that attracted so much interest when it did the motor show circuit a few years ago, but many of the keynotes of that styling exercise do reappear here. At the wheel, there's lots of showroom wow factor, though we're not too keen on the incongruous light wood trim. Two 12-inch screens sit at the centre of the dash and it's possible to 'swap' displays between them - so, for instance, you might want to pass the sat nav over to the front passenger to type in an address, say. You can even hook up a games console to the HDMI input port. Or select wallpaper or aquarium screen backgrounds to sooth your mood. The main interior talking point though, will probably be the corner monitors that take the place of exterior door mirrors, a design idea we first saw on a much bigger EV, the Audi etron. Here, the concept actually works a little better - the mirror displays are a little better sited. Another little screen takes the place of the rear view mirror, though you can flip it back to a conventional mirror surface if you wish. Predictably, there's not much room in the back and the boot is just 171-litres in size.

Once the government's £3,000 plug-in Car Grant is taken into account, prices start from £26,660 for the base 136PS model - or from £29,190 for the better-equipped 154PS 'Advance'-specced variant. Most will buy in finance - think £299 a month for base trim and £349 a month for the 'Advance' model. The base version includes most of the stuff you'd want: 16-inch alloy wheels, climate control, all-round parking sensors, a rear view camera, keyless entry, an alarm, ambient lighting, front heated seats and that clever Side Camera Mirror System. Infotainment is provided by two 12.3-inch Dual Touchscreens featuring Honda CONNECT with 'HERE' Navigation, Bluetooth, a 6-speaker DAB audio system, 'Android Auto' and 'Apple CarPlay' smartphone-mirroring, app integration and internet browsing. To this tally, the 'Advance' model adds an upgraded 8-speaker Premium Audio system with a dedicated hardwire amplifier, a heated windscreen, a heated steering wheel, a Centre Camera System, a 230V electric outlet, the Honda Parking Pilot system to steer you into spaces and the option of larger 17-inch wheels. Safety kit on both models runs to a Collision Mitigating Braking System, Lane Keeping Assist, Traffic Sign Recognition, Road Departure Mitigation, Lead Car Departure Notification, Adaptive Cruise Control and an Intelligent Speed Limiter which adapts to the limit signs you pass. To this, the 'Advance' variant adds a Blind Spot Monitor and a Cross Traffic Monitor.

You'll want the WLTP-rated driving range figure possible from the 35.5kWh lithium-ion battery first: it's officially classified at up to 136 miles, regardless of your choice between 136 or 154PS power outputs. This car has an AC charging specification of 6.6kW and a DC Charging spec of 100kW. As usual with an EV you can set charging times via the centre screen or an app (here called Honda+). And by the same means, pre-condition the car so that it's either cool or hot when you get into it. Fast charging at 100kW to 80% takes 30 minutes, while a 50kWh charger will complete the same thing in 36 minutes. A home charger in your garage will recharge in around four hours. Many customers will want to budget ahead for scheduled maintenance with fixed-price scheme called 'Five'. It includes five years' worth of maintenance, an extended warranty for this period and roadside assistance breakdown cover should the unexpected happen. This can be transferred to a new owner if you sell the car before the service plan has expired. Residual values are expected to be significantly better than most other EV small car segment rivals. And the three year 90,000 mile warranty is better than the package you get from many competitors too. In addition, surface corrosion is covered for three years, exhaust corrosion is covered for five years, chassis corrosion is covered for ten years and structural corrosion for twelve years.

Before the Honda e came along, only the smart fortwo EQ and the MINI Electric were able to offer something more charismatic and fun in the smallest end of the EV segment. And the firm ride that characterises those cars isn't really what you'd ideally want in an urban-based runabout. The Honda e is, for us, a better stab at what a more individualistic car of this kind should be. It's modern, yet memorable, both inside and out, and little touches like the clever fascia screens and the virtual door mirrors provide the required cutting-edge feel that early adopters of technology tend to like. Quite a lot of the motor industry thinks that buyers want full-electric vehicles to look and feel just like the combustion-engined ones they left behind. Honda has a different perspective. Throughout its history, this innovative Japanese brand usually has had. Thank goodness for that.