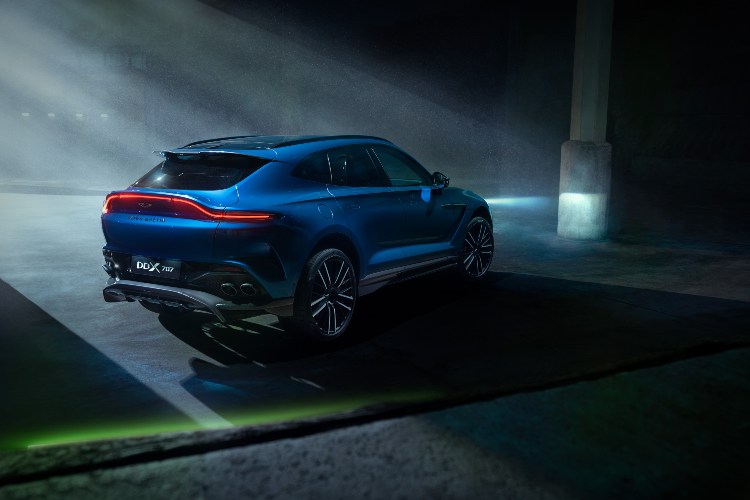 In announcing the 707, the luxury British brand said it aimed to make its uber-DBX the ‘fastest, most powerful and best handling’ machine of this type, although there are a couple of American 4x4s that manage to match or even eclipse its mammoth output; we’ll come onto that exact figure shortly. 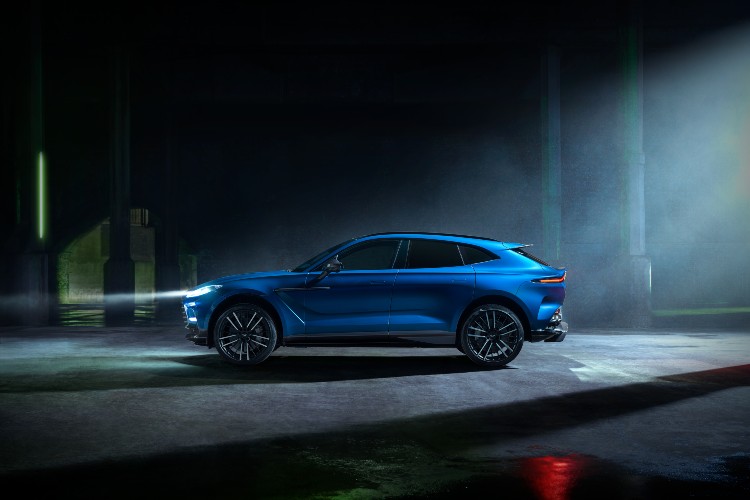 However, these Yank tanks are not considered luxury SUVs and in terms of rivals like the Lamborghini Urus, Porsche Cayenne, Bentley Bentayga and Rolls-Royce Cullinan, the DBX707 has got them all safely covered.

For want of a much better word, the ‘regular’ Aston DBX has a 4.0-litre twin-turbo V8 developing 550hp and 700Nm, enough for a 4.5-second 0-62mph time and a 181mph top speed. But the DBX707 goes to huge outputs of 707hp (hence the name) and 900Nm, increases of 157hp and 200Nm, thanks to the inclusion of different ball-bearing turbochargers and a bespoke engine calibration to liberate the extra oomph from the AMG-sourced V8. 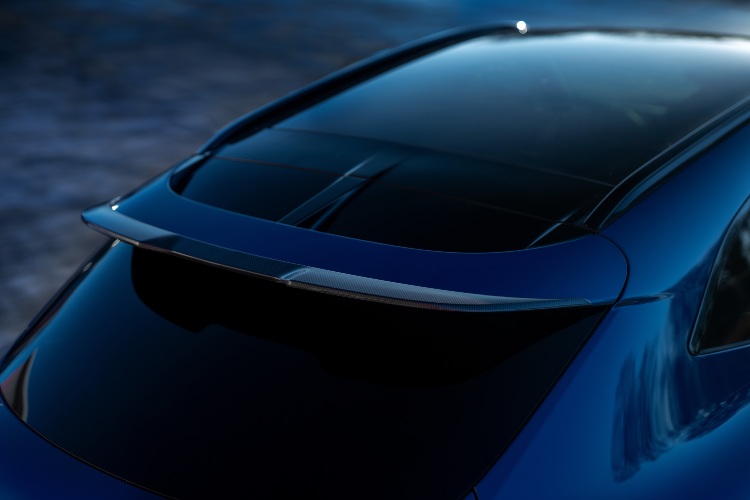 Other parts of the drivetrain and suspension on Aston’s SUV have been uprated to cope with this increase in potency. The gearbox, for instance, is now a 9-speed ‘wet-clutch’ item that can handle the 900Nm better than a traditional torque converter transmission, as found in the 550hp DBX. It also sees faster change times between gear ratios, and a more direct and immediate shift ‘feel’ too.

Any car which can go significantly faster obviously needs to stop quicker too, so the DBX707 gains carbon-ceramic brakes as standard, the discs measuring a huge 420mm front and 390mm rear. Aston uses 6-piston callipers at the nose of the DBX707, while brake cooling has been commensurately improved on the big SUV in order to cope with the immense heat generated by carbon stoppers. Incidentally, the inclusion of this entire braking system strips 40.5kg of unsprung mass out of the vehicle, something which will always aid ride and handling on any model.

Standard wheels and tyres are 22-inch items, although an optional 23-inch alloy is also offered and is said to bring ‘improved steering response, better primary body control and improved lap times’ to the hyper-SUV’s party. The fine-toothed dynamic comb has also been applied to the electronic limited-slip rear differential (or e-diff), which now has a shorter final drive to make the DBX707 more accelerative in lower gears while retaining efficiency and refinement at cruising speeds, while the DBX’s standard triple-chamber air suspension has been re-tuned to best serve the 707’s enhanced new abilities. This includes detail changes to the Electronic Active Roll Control system fitted to the Aston SUV.

Aston Martin has also included a ‘Race Start’ function to the GT Sport and Sport+ Dynamic Drive modes available on the DBX, so that you can best experience the face-bending feel of a 3.3-second 0-62mph run in something weighing more than 2 tonnes if you want.

Outside and in, the DBX707 has plenty of bespoke identifying features and some useful ergonomic changes. One of the latter points is a revised lower console, now featuring drive-mode selection switches. This means the driver does not have to go into the infotainment screen and find sub-menus for items like the suspension mode, ESP, gear selection speeds and the active exhaust switch, as there are dedicated physical buttons available for all of these facets.

For the exterior, the main distinguishing feature of the DBX707 is a new front-end design, including additional air intakes and brake cooling ducts, a new front splitter and a satin-chrome, enlarged radiator grille with 6 double-vaned bars running horizontally within it. Elsewhere on the body, dark satin-chrome window surrounds and louvred bonnet blades are further identifiers of the ultimate DBX, while gloss-black detailing adorns many features and finds its way onto the side sills. This model of Aston SUV also sees the introduction of soft-close doors. 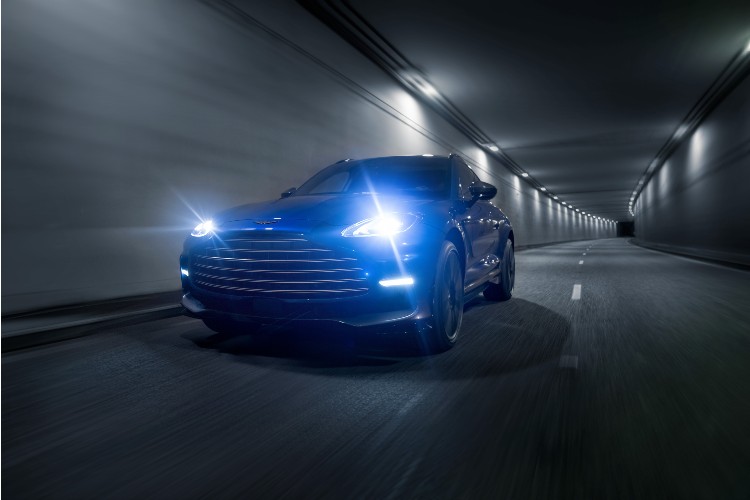 Around the back of the DBX707, a lip spoiler has been added to the roof wing, in order to reduce aerodynamic lift and increase the vehicle’s high-speed stability, while a much bigger rear diffuser lower down hosts quad-exit tailpipes of a larger diameter than those on the 550hp DBX.

Moving inside, 16-way electrically adjustable Sports seats are fitted as standard up front, while 4 of the 5 chairs onboard have heating elements as well. Buyers can choose from 3 interior themes, known as Accelerate, Inspire Comfort and Inspire Sport, with mixes of leather, Alcantara, semi-aniline leather and even contrast stripes all part of these packages. More dark-chrome finishing distinguishes the interior of this ultra-rapid SUV, while Piano Black veneers and even carbon-fibre expanses are available too. 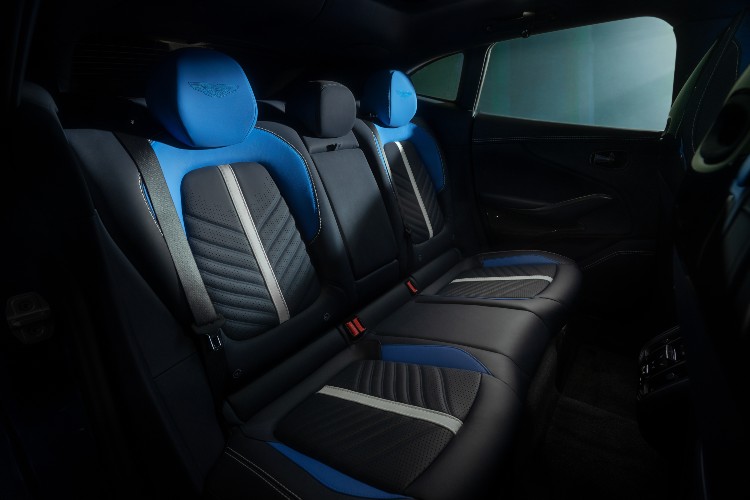 Production of the DBX707 will begin imminently, with the first customer deliveries expected in the 2nd quarter of 2022. Exact prices haven’t been announced as yet, but as the standard DBX costs around £160,000 without options, we’d be very surprised if the DBX707 came in for anything less than £200,000. We’ll bring you more details on this vehicle, as and when they arrive. 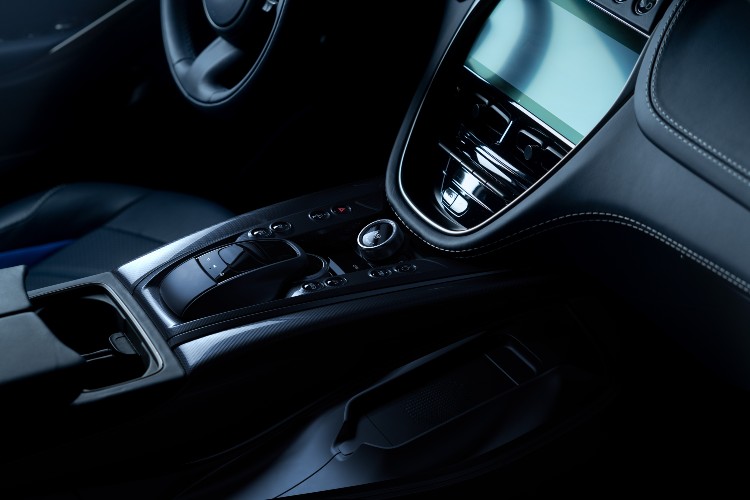