How Does Your Job Title Affect Electric Car Insurance?

In the UK, fully electric car sales are on the rise – with more being registered in 2021 than the combined sales of the five years previous, according to data from the Society of Motor Manufacturers and Traders (SMMT).

UK car leasing company Vanarama has investigated which job titles get the best and worst deals for EV insurance.

Before Vanarama could investigate which job titles get the best deal for EV insurance, they used data from the Office of National Statistics (ONS), BBC and Statista to come up with the average UK EV driver profile. 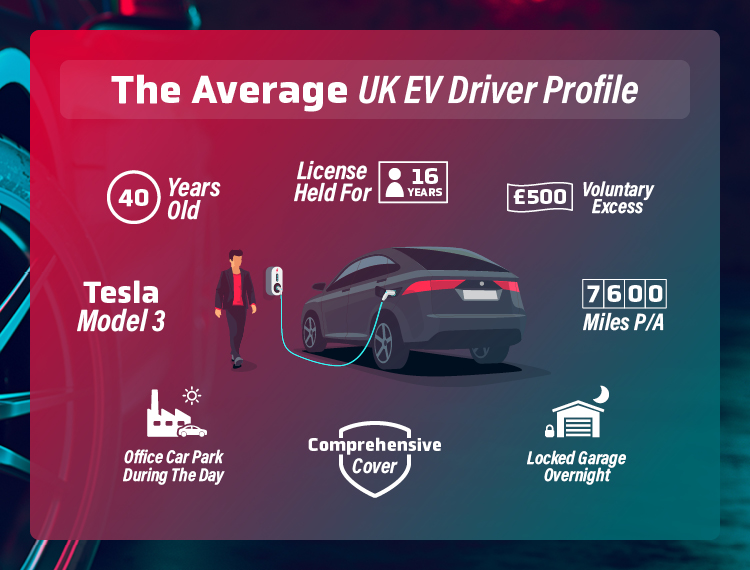 The best-selling make and model of electric car in the UK for 2021 was the Tesla Model 3, which sold 34,783 units – making it the second-best-selling car of any powertrain in the UK in 2021.

Doctors And GPs Pay The Most For EV Insurance In 2022

According to our research, the worst jobs for electric car insurance are currently held by doctors and GPs. Both roles were charged a minimum of £1,004.97 for an annual insurance premium for the Tesla Model 3. 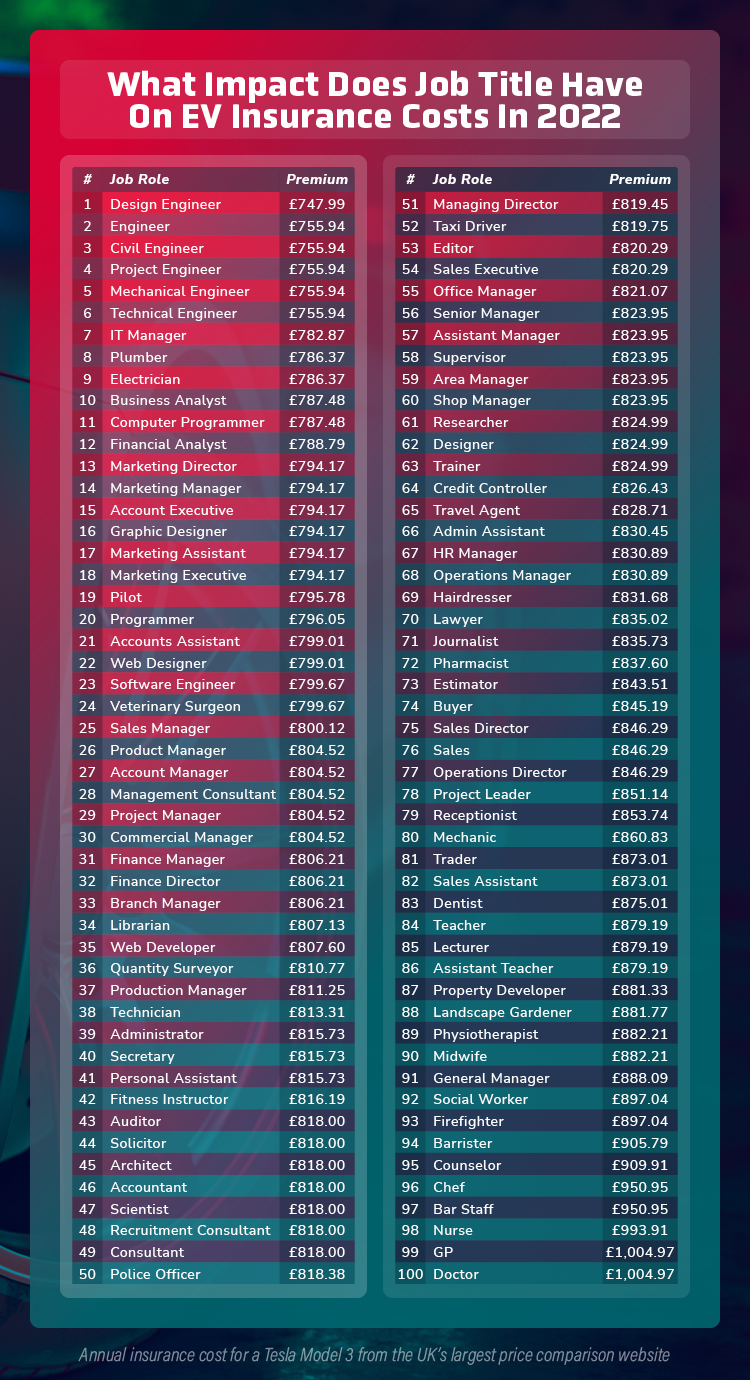 The hospitality sector has also fared unfavourably in the results, with both bar staff and chefs making it into the top five highest premiums. They are quoted £950.95 for an annual insurance premium on a Tesla Model 3.

Engineers Get The Best Deal For EV Insurance In 2022

Our research shows that design engineers are getting the best deal for electric car insurance in 2022, paying only £747.99 for an annual premium – almost £257 less than doctors and GPs who are being charged the most.

The marketing sector has also fared well in the results, with all associated roles sitting in the 20 cheapest job titles.

Check the Vanarama blog for more automotive features and research, or if you’re considering an upgrade, browse our latest electric car leasing deals.