Motorists Drive Safer With Dogs, PlayStations & Pizza In Their Car Over Family Members

The British public adjust the safety of their driving depending on who or what is in the car with them. Read on to see where your family members rank you compared to your furry friend, fast food, or a next generation gaming console when it comes to road safety

It's important that motorists drive as safely as possible at all times. However, they might drive more or less safely depending on how precious the cargo is that's being transported. For example, the average motorist is far more likely to drive safer with children in the car than they would with their parents-in-law. But what about other objects that the public transports throughout the day? Such as pets, technology and fast food?

Vanarama conducted a survey of 600 UK motorists of all ages to find out which they'd drive safest with in the car. 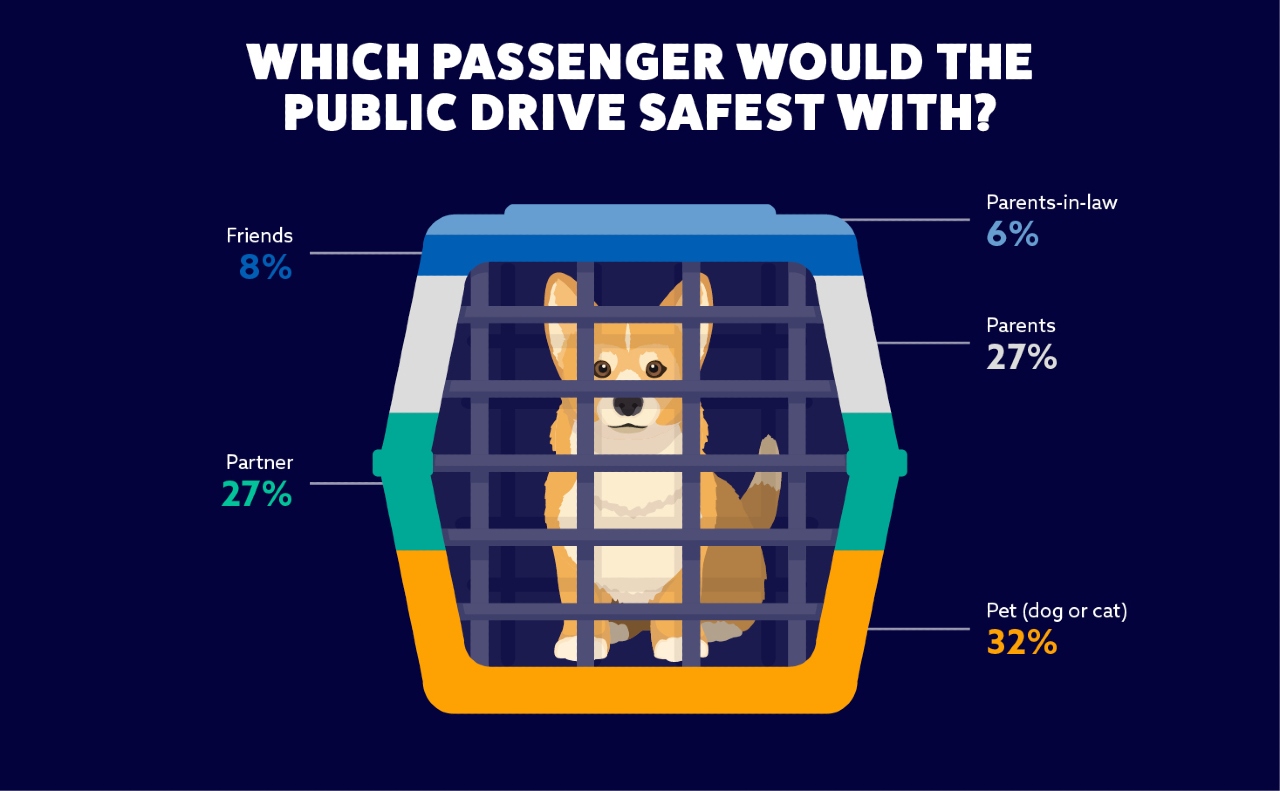 It's often said that Britain is a nation of pet lovers, and our survey certainly confirms this. Over one in three motorists said that they would drive the safest with their furry friend in the car, over their partner, parents or friends. I guess this goes to show that our dogs and cats really are a part of the family, and evidently a more important part that some of our 'hooman' family members.

Young male motorists in particular between the ages of 18 and 34 seem to favour their dogs in this regard, with 25% telling us they would drive more safely with their pet pooch compared to only 17% who said they would drive the safest with their other half in the car. 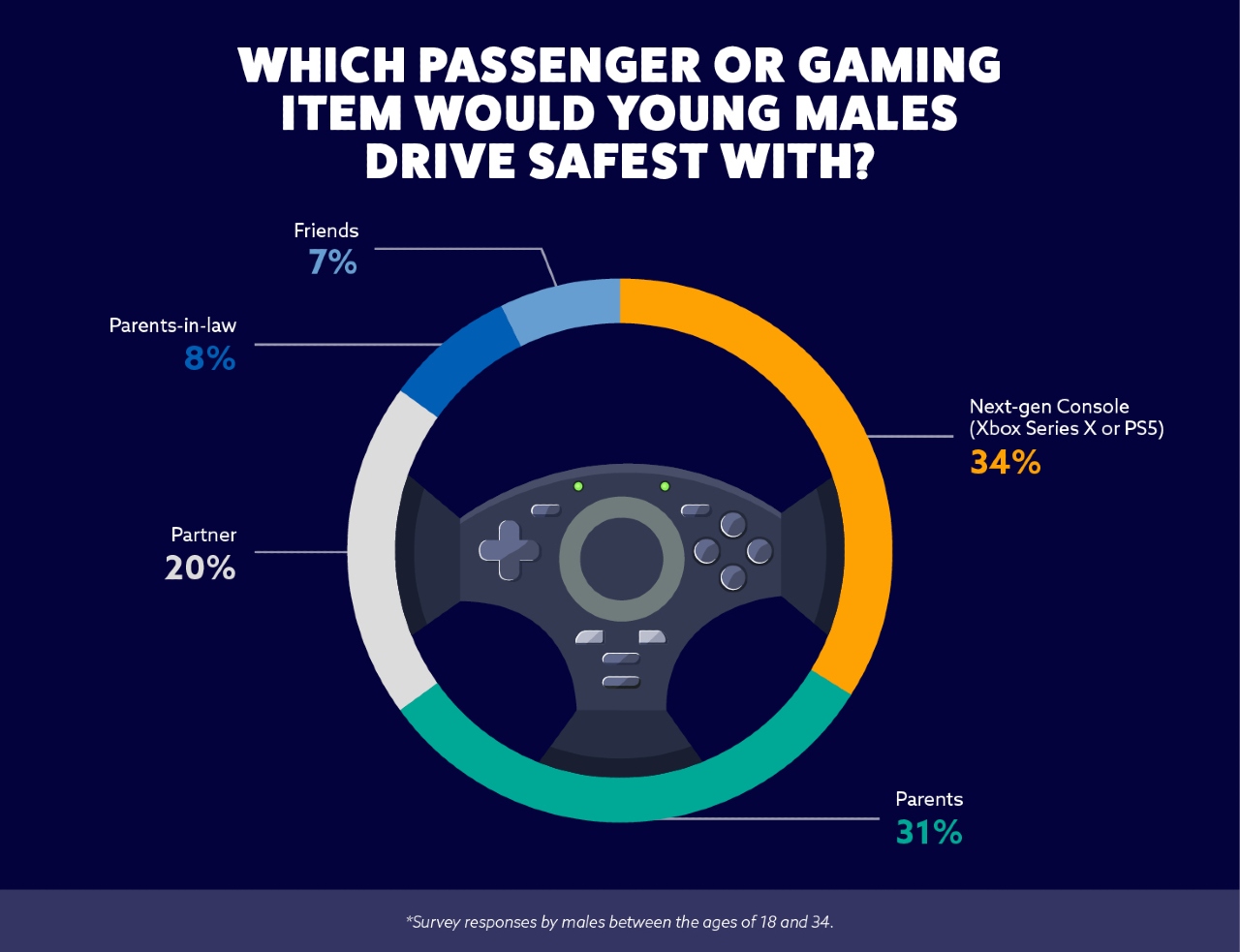 With the Xbox Series X and PS5 releasing in November, we wanted to know just how determined the public are to get their new console home safely. We asked if they'd drive safest with a new gaming console in the car or their beloved family members.

As it turns out, nearly one in three male motorists between 18 and 34 would be more likely to keep to 30, be sure to indicate and stick to the green cross code to get their Xbox Series X or PS5 home safely over any member of the family.

We're looking forward to seeing a lot of safe driving when the gaming consoles are released in the coming weeks. 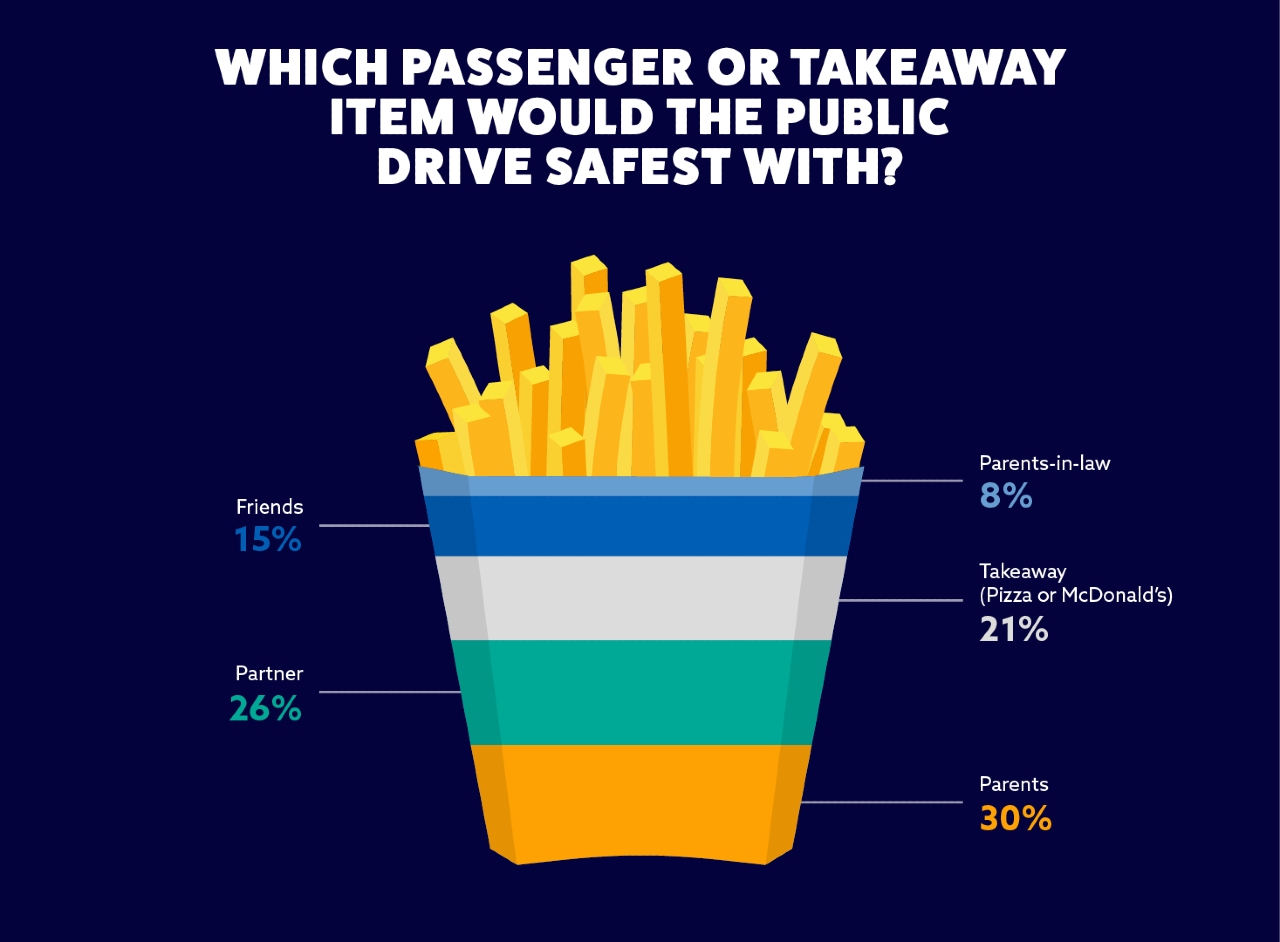 According to research at the end of 2019, the average Brit orders 34 takeaway meals per year. McDonald's is one of the most popular, with its UK restaurants selling 3.5 million meals per day.

We've all been there – you've ordered a McDonald's or a pizza from your favourite restaurant, and before you can sit down and enjoy it, you have the challenge of getting it home in one piece. In their car, some put on the heated seats to keep their food warm, others go around corners at 5 miles per hour to ensure nothing falls over or spills. It's a serious issue that we all face.

Around one in five Brits actually consider this so important that they drive more safely with a McDonald's or pizza in the car than their parents, partner or friends. Among them, men are more likely to see their Friday night pepperoni pizza or Saturday McDonald's home safely over their family, with 27% favouring the food – compared to just 16% of women.

Drivers Really Aren't The Biggest Fans Of Their Parents-in-Law, With Cats, PlayStations & Pizzas Getting The Safer Ride 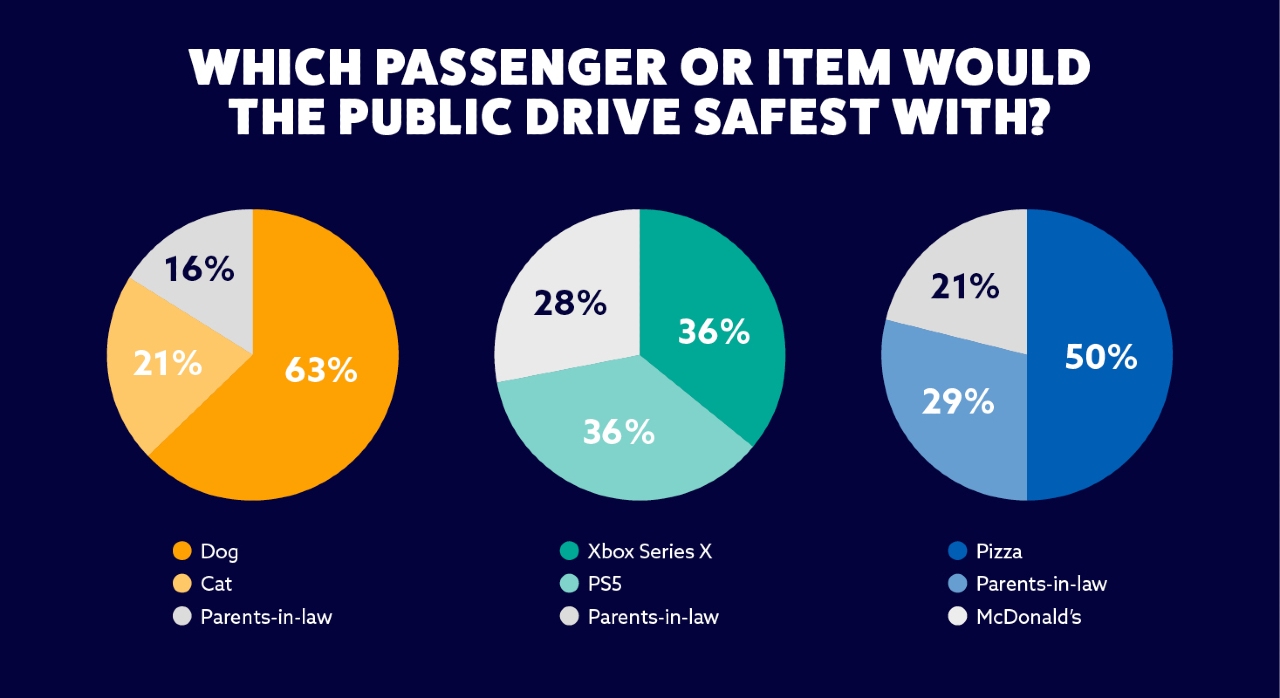 The old adage goes that no one likes to go and visit their parents-in-law, and in this case that's true! Well, compared to other objects such as a cat, PS5 or pizza at least. Across our survey, we asked members of the public which passenger or item they would drive the safest with, and parents-in-law consistently finished at the bottom of the list.

Only the 29% of motorists who said they'd drive safest with their parents-in-law over a McDonald's in the car saved them from finishing rock bottom of every survey question.

Looking for a new car to drive your new console, pet or pizza VERY carefully in? Check out our car leasing deals page to find your next ride. Rest assured, you'll find no passenger-based judgement from us.