I'll tell you one team that won't want the season to end, Altrincham. We're all tying ourselves up in knots trying to keep up with the National League's resolutions and second guessing what the outcome will be so I thought this week I'd offer you all a bit of light relief in the form of a team taking this season anything but lightly!

I think Altrincham deserve an awful lot of praise and as National League teams are learning a lot lately… respect!

You'll have no doubt noticed that The Robins beat league leaders Torquay for their 3rd successive victory lifting them to 4th in the table. I have to say the style by which they approached the game really caught my eye. You see as far as form is concerned, Alty are currently the best side in the Vanarama taking 37 points from their last 13 fixtures which is only increasing their belief they can win regardless of the opposition.

How Far Can Altrincham Go?

There are teams that take two steps forward only to take two back or win one, lose one, win one, lose one, a few clubs spring to mind. When your side display the mental aptitude to build progressively but also cope with the setbacks that are par for the course in the National League you might just be in contention for a big season. Because any setbacks Altrincham have had hasn't had an effect, they're still doing the things that bring them joy on the pitch and they're refusing to get sloppy or lower their work rate.

Meeting expectations is harder to achieve than you'd think but Alty are exceeding them because they're just enjoying themselves and working hard and not getting too hung up on any bad result. Momentum is a valuable commodity in this game and they have it coming out of their earholes at the minute.

What else seemed notable about Altrincham is that each time I looked at the league table, not only were they steadily climbing it, but they were also the only club at a point to have reached 20 games, they were either lucky in not facing many postponements or they are all Covid-proof! I immediately thought credit to them for staying healthy on and off the pitch!

But Altrincham fans will have just spat their tea out at that statement because they've had to deal with a lot of chop and change. Turns out my assumption was wrong! Sorry guys, I'm trying to keep up. The Robins missed 2 games in October for internal Covid cases, 2 games off in December due to Moss Lane being waterlogged, 1 fixture switched to ensure the game went ahead, 2 games off because of other teams Covid difficulties and one trophy match forfeited because of a potential contact with a Covid case! They, like most clubs, haven't had it easy by any stretch which makes their run even more impressive.

How they've still got through more games than anyone I'll never know but the only other side to play as many is Torquay (21) – I bet their opponents wished they hadn't bothered now.

It used to be normal for teams to maybe have a few games in the season where they'd fall fowl to a frozen pitch in January, but this season is truly taking the Michael. I'll tell you another thing that you might find interesting, there hasn't been a single Covid postponement for the last 2 weeks now. Is the virus finally on its way out or is something else going on? Read my blog from last week to see my thoughts on Covid testing at National League Level. 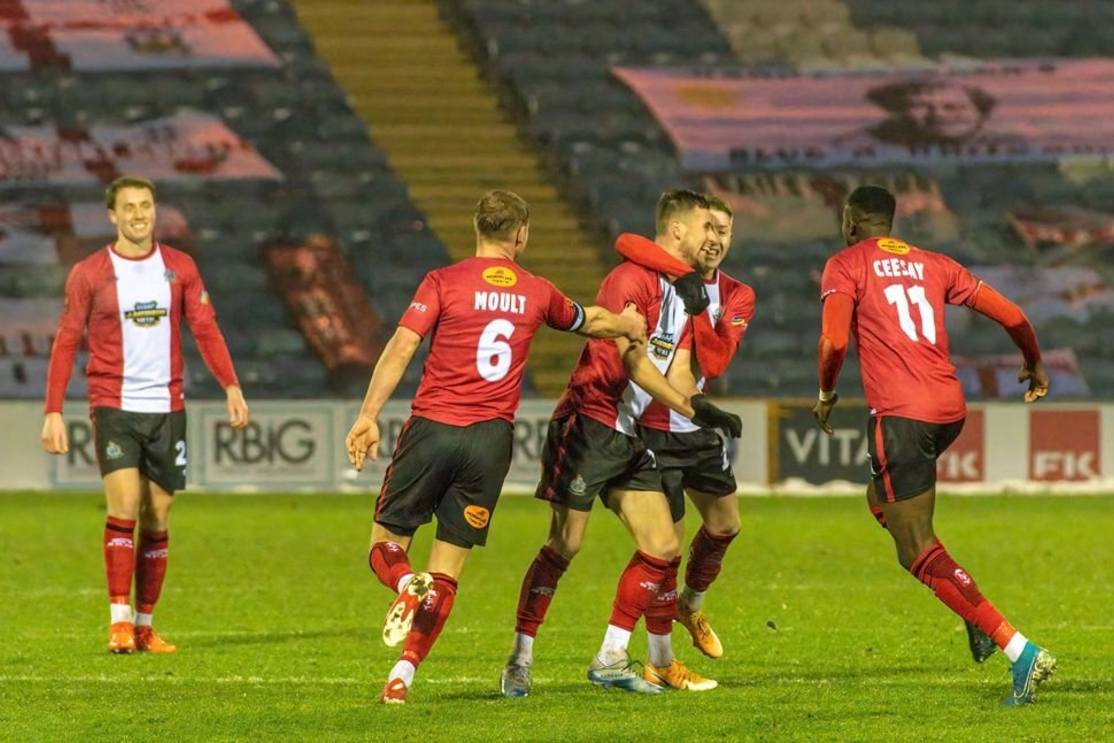 Anyway, at Plainmoor on Tuesday night, Altrincham had to contend with going a goal down after 21 minutes, they had a good goal disallowed, a puzzling late sending off and to top it all off they had to take Mooney off for Ryan Colclough after just 25 minutes. As has been their approach all season the willingness to adapt to things not going their way bore fruit once again as the substitute, Colclough scored the winner with an unbelievable effort just before half-time. There wouldn't be a single Torquay fan that would have denied they were fully deserving of the win and a long but wonderful coach trip home with 3 points in the bag and a case of well-earned beverages on board.

You could say this is all rather unexpected that Altrincham would be able to compete at the very top but I watched for BT Sport as they travelled to Notts County earlier this season and saw signs they were a good side. At the time they were adjusting to losing star striker Jordan Hulme to Fylde and although well beaten on the night you could see Phil Parkinson had set them up to be composed and positive in their play regardless of the score. And although in noticeably different surroundings to the ones they had in National League North you could tell they just needed a bit of time to acclimatise.

Their admirable mindset that evening left an impression because usually a promoted side would be within their rights at 3-0 to just keep it respectable but it was obvious that it was less about the result and more about what they could do with the minutes to learn and adjust. Player confidence can be such a fallible thing but here was a group with a really healthy attitude which is a great start but they obviously needed more than that to prove themselves of the standard.

It took until the end of their first month back in the 5th tier and their 5th game for them to pick up their first win against Dover having sat at the bottom of the league up until then. They then subsequently lost their next 3 and with just 1 win in 8 we could be forgiven for expecting them to stay there. But Parkinson and his team of part timers including a barista, bin man and scaffolder, (a meme the team have embraced) had other ideas. Things started to change and quickly. A run of 6 wins from 7 in all comps - including a 3-2 win vs Chesterfield in November demonstrated their hard work and positive attitude was starting to pay off.

I wondered if the team had changed that much? Injuries meant Parkinson had to recruit well and he certainly did with loan signings Billy Sass-Davies, Harrison Holgate and Alistair Smith all playing their part with the latter eventually signing permanently.

Alty then had a sticky patch of 4 without a win but again stats aren't always telling you the full story. Two of those were festive period draws home and away with Stockport and another a draw with Sutton so the fact that there wasn't anything between those sides tells you as much about where they're heading as it does about where they're at. 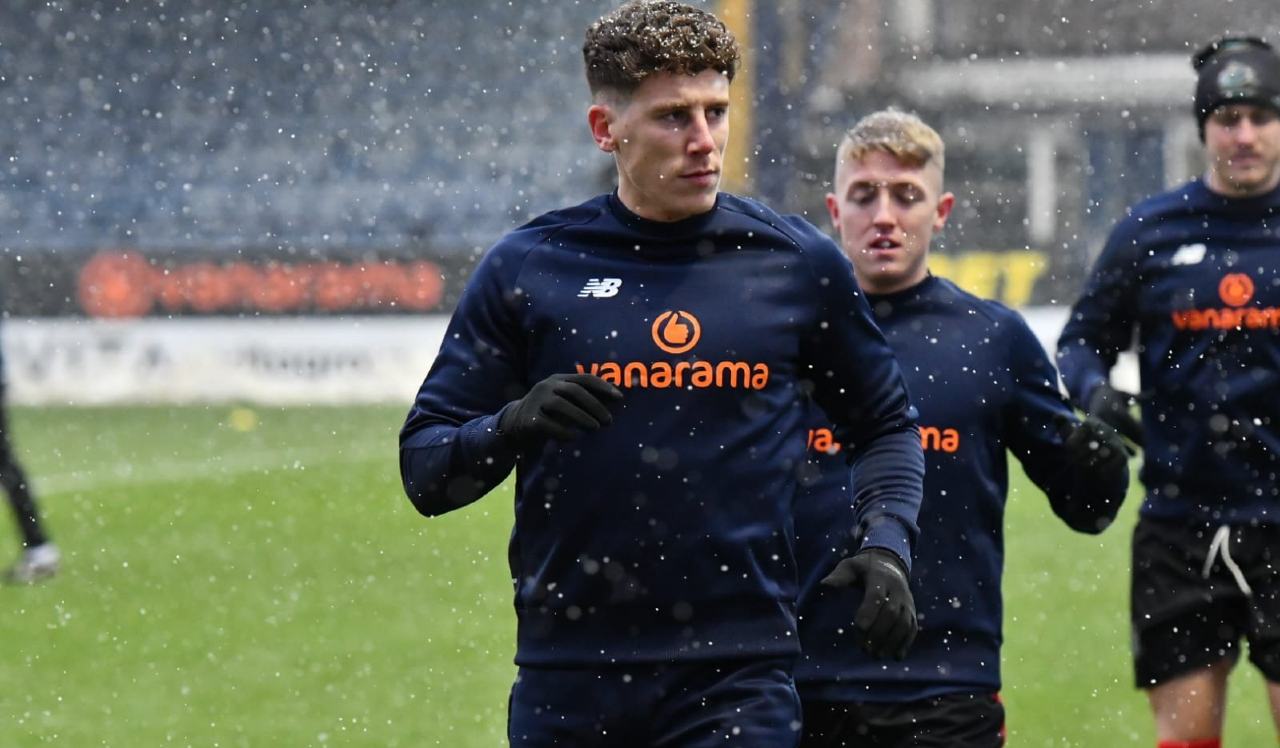 Altrincham have won their last 3 games since, have obvious strength in depth, spent January undefeated and if not for the Suttondraw, almost perfect! They're managed brilliantly at board level and from the dugout, they've nobbled the league leaders this week and they're the second-best away side overall so if you going to catch them off guard maybe it'll need to be on their own turf. Off the pitch there is new investment coming from overseas with fresh direction and eventually talk of league two aspiration.

Don't forget Altrincham won the old Football Conference twice when their top strikers by the name of Heathcote and Rogers fired them to the top of non-league football in 1980 and 1981. They've been there before, so there'll be no nose bleeds for those old enough to remember.

It was 40 years ago now that they were denied joining the Football League by the voting system that stayed in place until Scarborough did it automatically in 1987. Braintree under Danny Cowley were the last part-time side to aspire to greatness finishing 3rd in the National League 2016. Ask Harrogate, Salford and Fylde (under Challinor) whether promoted sides can have an instant impact in the Vanarama. It all adds up to a strong possibility of making it to the promised land. If Torquay's local paper Devon Live is anything to go by, they were beaten by 'promotion rivals' Tuesday night.