Who’s Looking Out For The Entertainers? Player Safety, The PFA & The DCMS

Last week we saw the decision to postpone the National League North and South for two weeks whilst The National League attempt to persuade the DCMS to change their offer of low interest loans to grants to help clubs finish their league campaigns.

I certainly welcome the news that the government is able to grant £10million to at least Steps 3-6 of our national league system. This news was slightly marred however by the Secretary of Culture, Media and Sport, Oliver Dowden, whose apparent lack of knowledge as to who it exactly was that was receiving the help caused more frustration for clubs and fans of the National League.

It might be viewed as an easy mistake to make but with tensions high and grants currently low for National League clubs, the lack of knowledge shown by this tweet does beg the question whether the government really is in tune with the funding needed at the National League levels. He has since corrected his original tweet.

Right now, it's on a knife edge whether the National League North and South in particular will finish the season. I sympathise with the clubs completely on this. Why would clubs want to take on debt without any gate revenue and any clue when this pandemic will be declared safe enough to start introducing fans back at football stadiums?

Unfortunately, I'm not in a position to offer up a solution to the financial issues but I do feel that the lack of understanding of this level of football by those in power is worrying considering the impact it's now having at National League North and South level in particular. 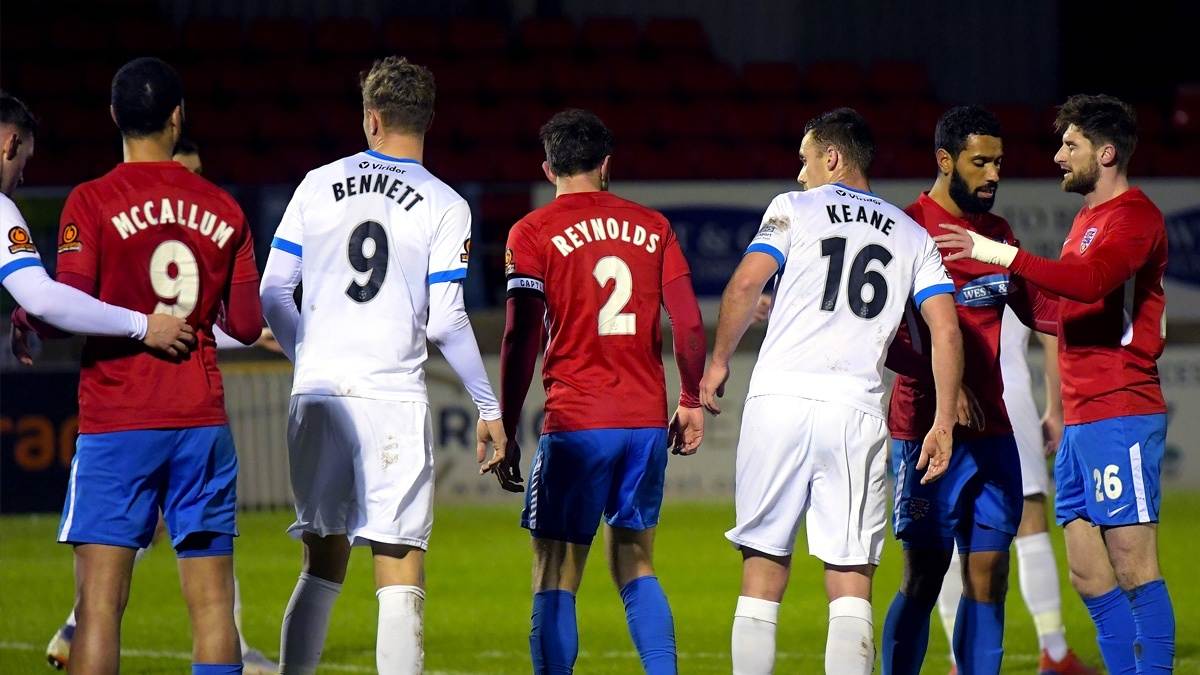 Financials aside, the biggest issue for me is the safety of the players. In the current climate it's not a stretch to suggest players are risking theirs and their family's health to play football. And this is because the testing at Step 1 and 2 varies massively. It's up to the clubs themselves to enforce a testing protocol but with many of them suffering financially it's another added cost and with the best will in the world they're never going to be able to mirror the COVID testing regime further up the football pyramid.

This is a massive area of concern for the players who are well aware of the risk they're taking by being around large and potentially untested groups of people several times a week to then return home to their families.

One 6th tier National League player spoke to me at length about how conflicted he is between wanting to win the league but also feeling like he and many of his teammates would feel a mixture of disappointment but also a sense of relief if the season were to be concluded because of the guilt they're experiencing.

The ongoing risk of what they might pass on to loved ones is as present in their minds currently as their ambition to be successful or even just perform for their team. Those sentiments were echoed this week on the Non-League Full Time podcast by ex-Slough Town's Scott Davies who questioned if the season should have even started in the current climate.

During the past year you may have seen footballers labelled entertainers and performers. A nod to the notion that the act of playing matches during lockdown is a light relief for many but almost a public service to others whose mental health in some cases may depend on it.

But the clubs and players have an obligation to their own health and that of their families. This is not the Premier League. The 'entertainers' at National League level are at much higher risk and it almost feels like organisations such as the PFA and the DCMS might have forgotten that or not cared to focus on it. 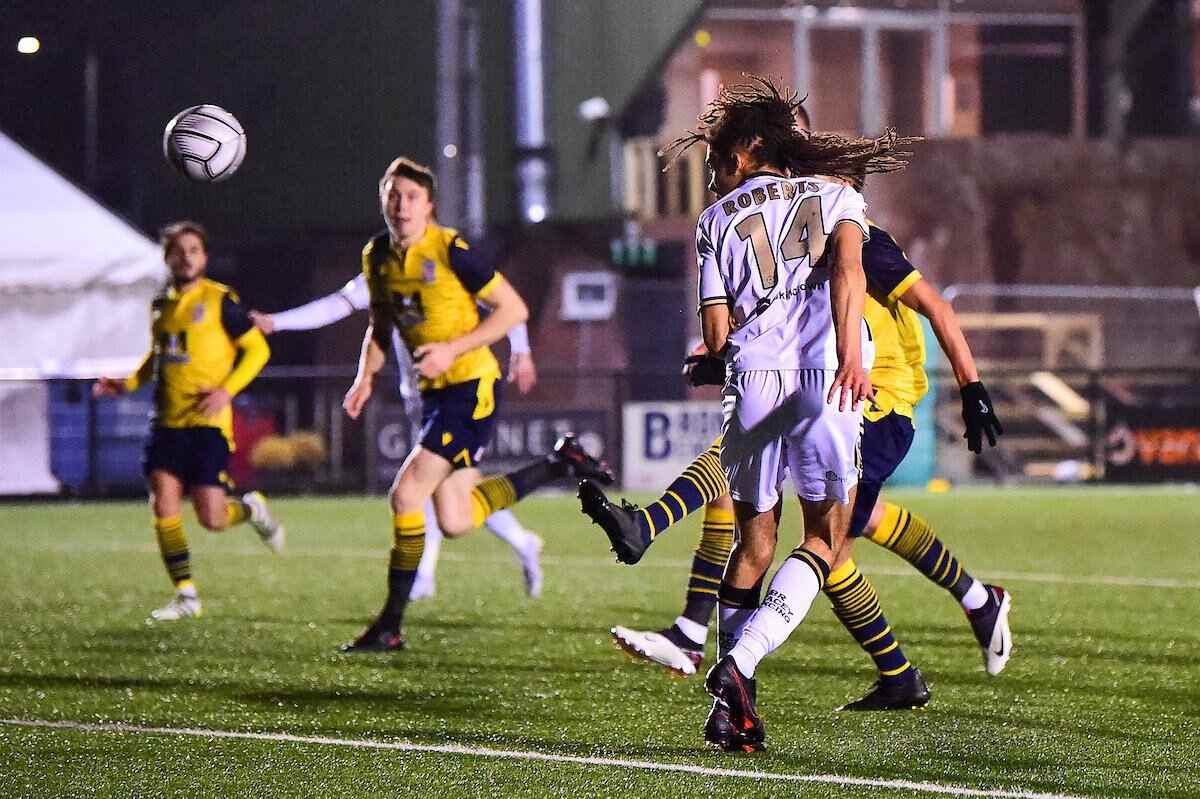 Should The PFA Do More?

Wealdstone manager Dean Brennan made his feelings on the subject clear after defeat to Aldershot on Saturday afternoon. He revealed he had no fewer than 14 PFA members in his dressing room, an average estimated figure likely to represent all 5th tier sides. But he felt the oldest sporting trade union in the world could do a lot more to not just assist the EFL but also the rest of 'elite' football namely the National League Steps 1 & 2.

Listening to Dean's suggestion made me genuinely want to understand the role of the PFA outside of the Football League. At first glance you'd just assume that its services and benefits are just for those that play in the Football League but I know from personal experience, once a member always a member.

The PFA Youth advisory suggests "To join the PFA for the current season, a player must be on a Scholarship Agreement or a full contract playing in the Premier League, English Football League, National League or WSL."

There are hundreds of PFA members in the National League including North and South (I think the PFA use the term Associate Members A if in full-time contract or B if not). So, you'd be forgiven for asking why the safety of PFA members outside of the Football League are not as important?

I can totally understand why non-league has been a separate consideration in the past but arguably the gap between the top half of The Vanarama and the bottom half of League Two is closer than ever if not equal to one another. There are only 4 sides in the 5th tier that aren't 'professional', that is their players are not full time. It begs the question why the PFA wouldn't look at including it in its testing protocol. If the Government agrees the National League is elite sport, why is it that some are more equal than others?

I'm genuinely curious. I've always been an admirer of the PFA – they do some incredible things for players that extends way beyond its benevolent fund (never needed more so than now I'm sure). They're at the heart of many great footballing initiatives like the 24/7/365 helpline, its counsellor network and its education department that have helped countless ex-professionals acquire new qualifications and skills when looking to create the next step outside of the game.

But for all of their incredible work in the game, if their services are truly meant for all members it makes me question why the National League isn't afforded the same testing protocols as their fellow elite footballing counterparts.

Only the PFA will know the exact number of members in the 5th and 6th tier but Wealdstone's 14 members is a good proxy for how many there are in The National League. However, one thing is abundantly clear, should the DCMS miraculously decide to continue with grants to help the clubs through the season then player health has to be top priority.

It will really need someone to come forward and offer players assurances through a better testing regime so they can carry on knowing they are not putting their families at risk. Let's hope the DCMS and PFA can offer a lifeline in these unprecedented times.