Electric van sales and leasing are about to take off in 2020: The EV revolution comes to commercial vehicle leasing.

Against the backdrop of rapidly-advancing electric vehicle technology and the UK's charging infrastructure finally beginning to get more robust, Autorama Group electric vehicle leasing expert Will Hargreaves reviews the major events of 2018 and explains why we should be very excited about leasing EV commercial vehicles in 2019. 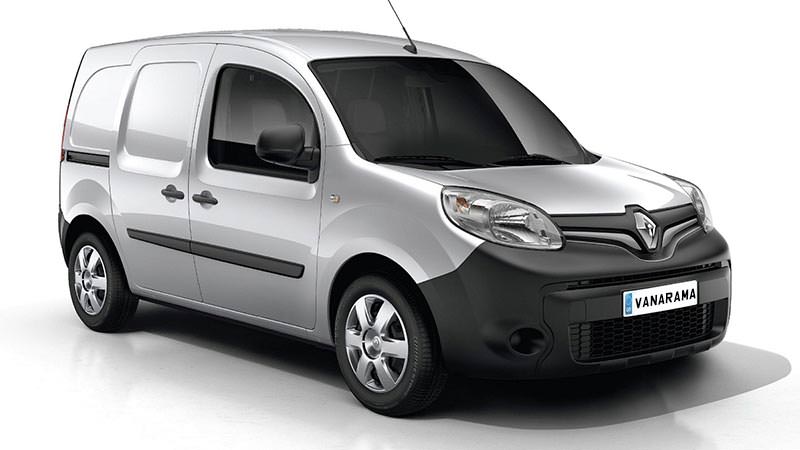 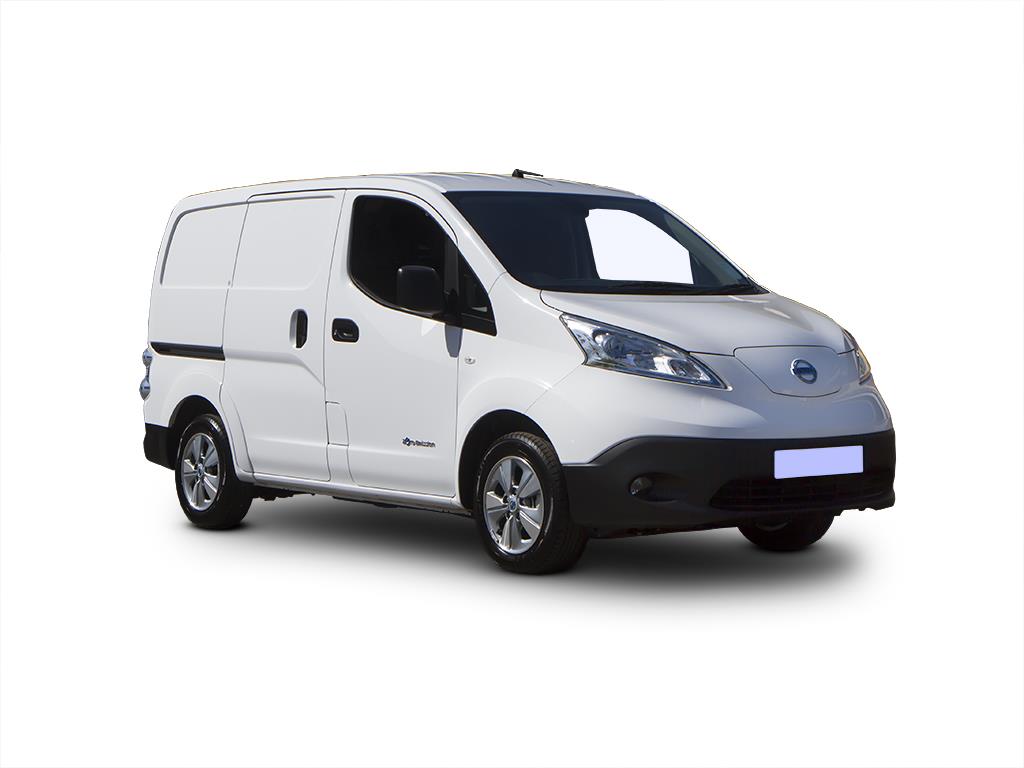 It's easy to overlook the growth of the electric vans sector in the UK this year. It's completely understandable when it's competing with things like the release of the Tesla Model 3, the new Nissan Leaf, the announcement of numerous car brands converting their ranges to all-electric, and a bright red roadster being sent into orbit. But commercial vehicles, especially electric and hybrid vans, will be an important slice of the EV market in 2019.

"Electric vans are becoming an increasingly popular choice for businesses," said Poppy Welch, head of electric vehicle campaign Go Ultra Low. "With reduced fuel and SMR costs, as well as tax incentives and grants toward purchase, they are becoming hard to ignore for companies of any size. Historically, registrations of electric vans have been low due to their size, payload and low range, but with next-generation technology and larger models coming to market, they are becoming a strong contender when fleet managers are looking to renew their vehicles."

Making the switch to electric doesn't just help improve the bottom line, electric cars and vans also have a huge role to play in improving air quality. With cities up and down the country implementing strategies to improve air quality, such as the introduction of Clean Air Zones, switching to electric cars and vans will become increasingly necessary for companies operating in urban areas. This is especially important for those operating in and around the capital, with the introduction of the ULEZ in 2019.

Up-front costs of an electric van vs long-term savings

Ensuring the numbers add up is important for companies of any size, and many businesses are often put off by the initial up-front cost of electric cars and vans, which can be higher than their petrol or diesel counterparts. However, support is available in the form of leasing (surely the prime way for small-fleets to acquire such vehicles) and Government grants.

The Plug-in Van Grant offers up to £8,000 off the vehicle purchase price, the Electric Vehicle Home Charge Scheme helps offset the cost of installing charge points at drivers' homes, and the Workplace Charging Scheme provides support towards the installation of charging infrastructure at workplaces. This is a tacit demonstration of the belief the government has that electric vehicles are the future, and that fleet managers (and the fleets they oversee) have a crucial part to play in driving uptake.

While it is well known that charging up a battery of an electric van costs a fraction of the price of petrol[1] and as a result businesses are considering the whole life costs of turning electric[2], business owners are faced with several hurdles when considering electrification; the much-discussed issue of range anxiety (what happens if you are on your way to a job and you run out of power); lack of variety, with the Nissan eNV200 and the Renault Kangoo being the only two choices for years; and finally lack of capacity, since until now the Connect-size van has meant that only small electric vans are available. These obstacles have been sticking points for adoption of electric vans, however early 2019 may go down as the turning point.

Extending the range of electric vans

Range anxiety was the first to be tackled, with both Renault and Nissan releasing new versions of their tried and tested electric vans, the Nissan eNV200 and the Kangoo Ze, extending their ranges to 170 and 174 miles respectively[3][4].

This is significant as even if the driver only recharges once a day, the driver has over 44,000 miles a year of driving. With the average UK van driver taking out a 12,000-mile leasing contract, this makes the case for leasing an electric van suddenly more appealing as van drivers are more easily able to reach their jobs and return home.

Four manufacturers of electric vans to choose from

Next, there is the lack of variety which was disrupted this year by the entrance of the release of the Citroen Berlingo and the Peugeot Partner in both L1 and L2 formats – not only adding the trusted brands to the space, but also with a bit of extra capacity[5].

Drivers now have four manufacturers to choose from and a greater price range and will soon start to bring down the cost of leasing a van, with further competitor entries.

The issue of capacity was also soundly addressed this year, however, with several major announcements. Ford revealed not only their new Ford Transit Custom PHEV, but also sent several prototypes to TFL for testing[6], causing a lot of interest as a plug-in hybrid version of the classic van will surely be a game-changer for the market.

For larger electric vans, 2018 already has, but 2019 will prove to be the breaking of the wave in the electric van revolution with Volkswagen (reportedly) unveiling their new e-Crafter[7] and Renault releasing the all-new electric Master Van[8]. Now that the market finally has electric vans with 2.5m+ payloads, this will surely start to negate payload and capacity as barriers to the adoption of electrification.

Indeed, 2018 has already seen fleets such as PSA[9], UK Power Networks[10] DPD[11] and many others begin to convert their vans to electric, not to mention many councils beyond London such as York and Leeds[12], showing that larger fleets are already seeing the benefits of adopting these new electric and hybrid commercial vehicles are worth realising.

Chris Lilly from Nextgreencar.com said: "With a number of new electric vans coming out in 2019 from the likes of Volkswagen, LEVC, and Mercedes, the market looks set to take a step forward as an attractive and viable option for users. Established models such as the Volkswagen Crafter and new entrants including the range-extended LEVC van, mean that sizeable payloads will be able to be carried, particularly on local routes.

"Increased driving ranges are already available from the upgraded Nissan e-NV200 for example, and it is expected that the LCV market will mirror that of passenger EVs, with regular improvement in battery and motor technology rolled-out every few years. Considering that electric LCVs have the range to be useful in several situations, significant financial savings can also be made, something that is only going to become more apparent as Clean Air Zones come into force in UK cities.

"The zero-tailpipe emissions of an electric van, combined with rapidly improving charging infrastructure and excellent suitability for localised work, means we are going to see many plug-in models on UK roads within the next few years. That's as true for a sole-trader builder as it is an international logistics fleet."

As such, 2018 has been an exciting year for electric vans marking not only greater advances into solving the hurdles facing commercial adoption, but also paving the way to aid the upcoming challenges to businesses and future innovation.

2019 is set to see another major step in electric vehicle uptake, with London's ultra-low emission charging zone (ULEZ) coming into force[13]. Travelling into most of London will suddenly incur an extra £12 charge, and central London could cost over £100 a day to enter. And it's only a matter of time before other major urban centres follow suit.

New electric vehicles to be released in 2019

The variety of electric vehicles for sale in 2019 will expand with the release of VW's e-crafter[14], e-Caddy and e-Transporter[15], Mercedes' e-Sprinter[16] and e-Vito[17] and Ford's Transit Custom PHEV is set to be released to the public too.

With the increased charges to drivers such as the ULEZ, and this greater variety of larger-sized electric vans, it is likely that commercial adoption is likely to increase even further in 2019, and van finance solutions seem to be the only hurdle in our way. It's a hurdle that business contract hire and personal contract hire leasing seems perfectly pitched to jump.