Old To Gold - History Of The Ford Transit

The Ford Transit name is so iconic that many vans - despite not being made by Ford - are simply referred to as "Transit Vans". It's been well over 50 years since the first true Transit made its debut, so it's about time Vanarama van expert Tom Roberts took a look at how the Transit went from old to gold.

It's not every day that a van ends up naming an entire segment of the light commercial vehicle marketplace, but that's exactly what the Ford Transithas done. Although the Transit name was first used by Ford in 1953 in Germany on the Taunus Transit, it wasn't until 1965 that the Transit would stop looking like a VW Camper Van & truly embrace its destiny as the light commercial vehicle we all know & love today.

1965 1st Generation Transit Mark 1: The Birth Of The Transit 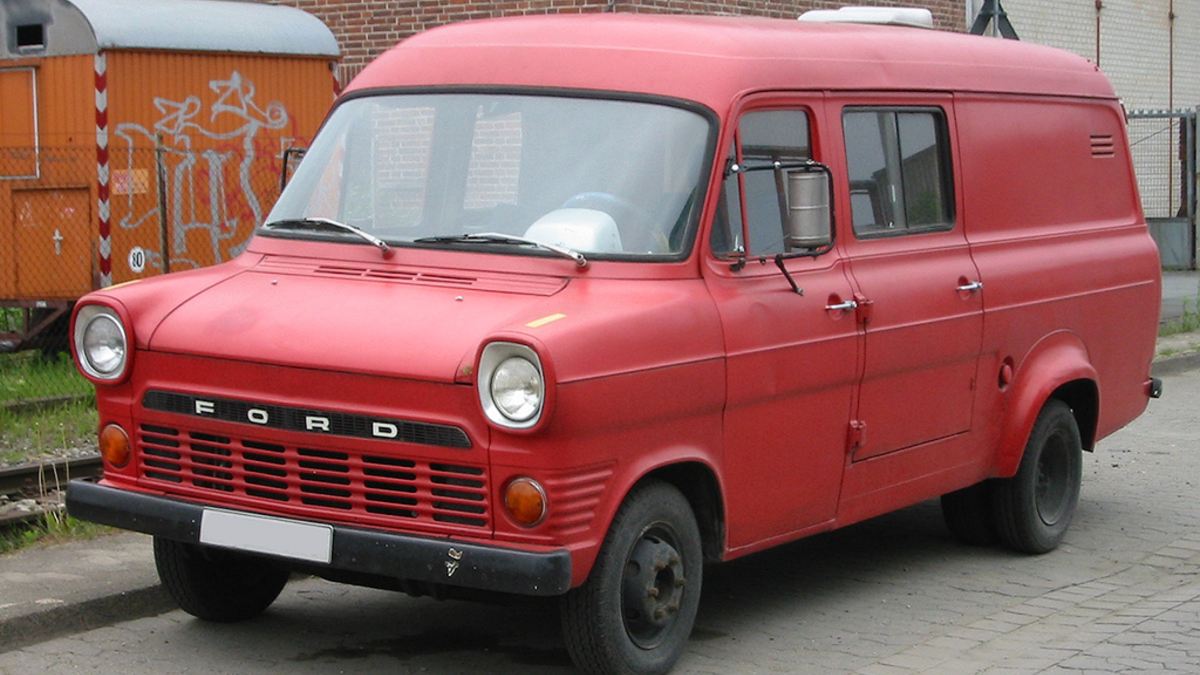 What a time to be alive & see a genuine Mark 1 Ford Transit driving down the road… just me? Its design surprised buyers in the UK by offering passengers far more room inside its cabin & loading bay than other contemporary vehicles. All that room also sat inside a nicely squared-off body that gave off a distinct vibe of American heritage.

Originally manufactured in Berkshire, the demand for the vehicle from UK buyers began to outstrip supply & a new plant was opened in Southampton that would remain in use until 2013. Considering its UK roots, it's no wonder the Transit family of LCVs remain such a familiar sight on our roads.

This version was also available in a wide variety of configuration, including minibuses, pickup trucks, panel vans & crew vans - you could also choose from a range of petrol or diesel engines. The sheer depth of choice was something the UK hadn't experienced before in a van & it's something the Transit range would remain incredibly good at for years to come. 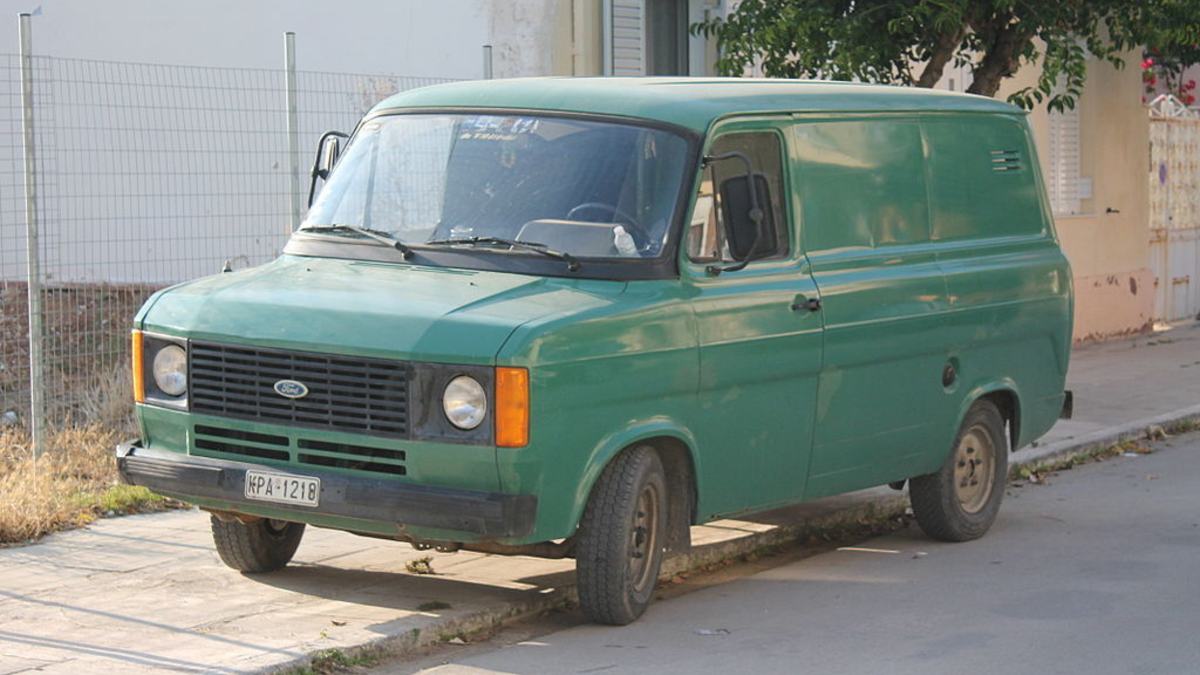 A little over 12 years after the first proper Transit stunned UK buyers, the Mark 2 Transit made its debut after hefty work on its looks & engineering. The Mark 2 also made huge strides in internal comfort, something that has become a deal breaker for modern drivers.

The Transit was one of the first vans to truly think beyond the payload & consider the driver… something Ford has become well known for in the last decade. The engineering updates also made incredible improvements in reliability & safety.

Automatic transmission was also made available on a Transit for the first time with this version. Another first for the Mark 2 was that the very first "fast" transit was made from this version by sticking a V6 engine in certain models. 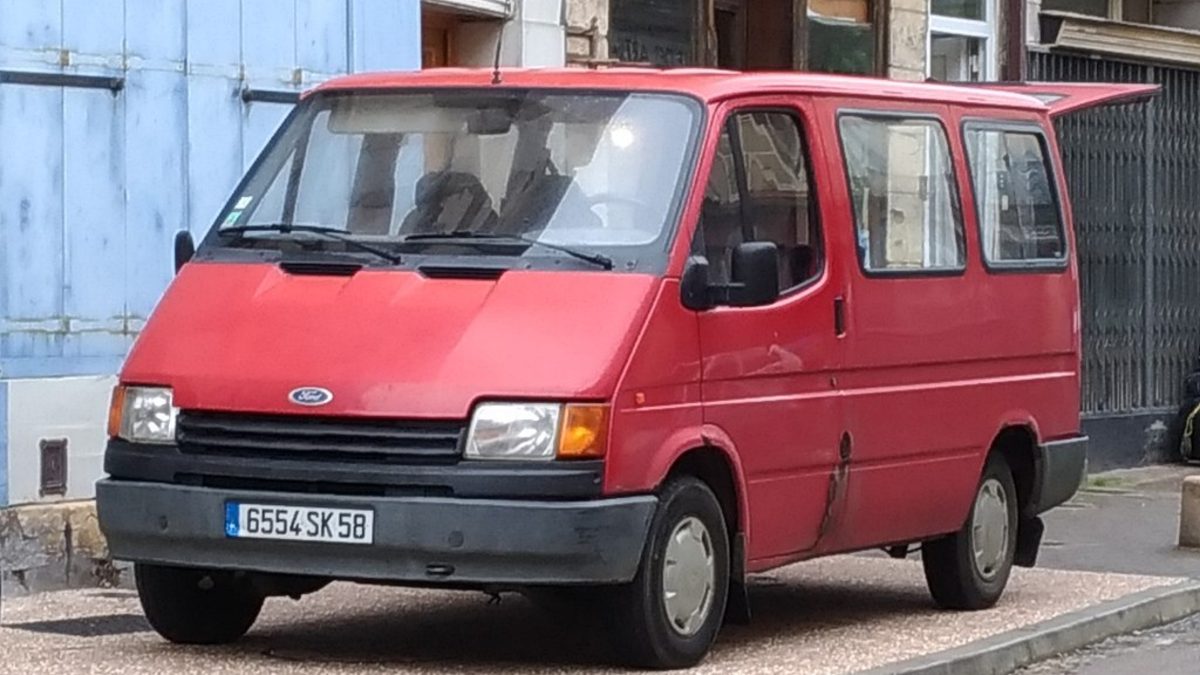 The fact that the Mark 2 Transit stayed in service for over 20 years should speak volumes about its reliability & reputation. The most significant mechanical updates to this version of the vehicle came in its suspension, which only increased the driver comfort this excellent vehicle already had a cast-iron reputation for, & the inclusion of 2.9-litre diesel engines to replace the V6s from the Mark 2.

The most obvious change was in its look & there are more than a few people reading this article who can still picture it. Today's modern Transits still have something of this 80s van about them with big sloping windscreens & noses that seem to blend into each other.

Towards the end of its run in 1994, this model was given a facelift - one of Ford's famous mid-cycle actions - that added electric windows (you NEVER saw these on other vans), air con, central locking & airbags. The lines between personal & commercial vehicles were beginning to blur. 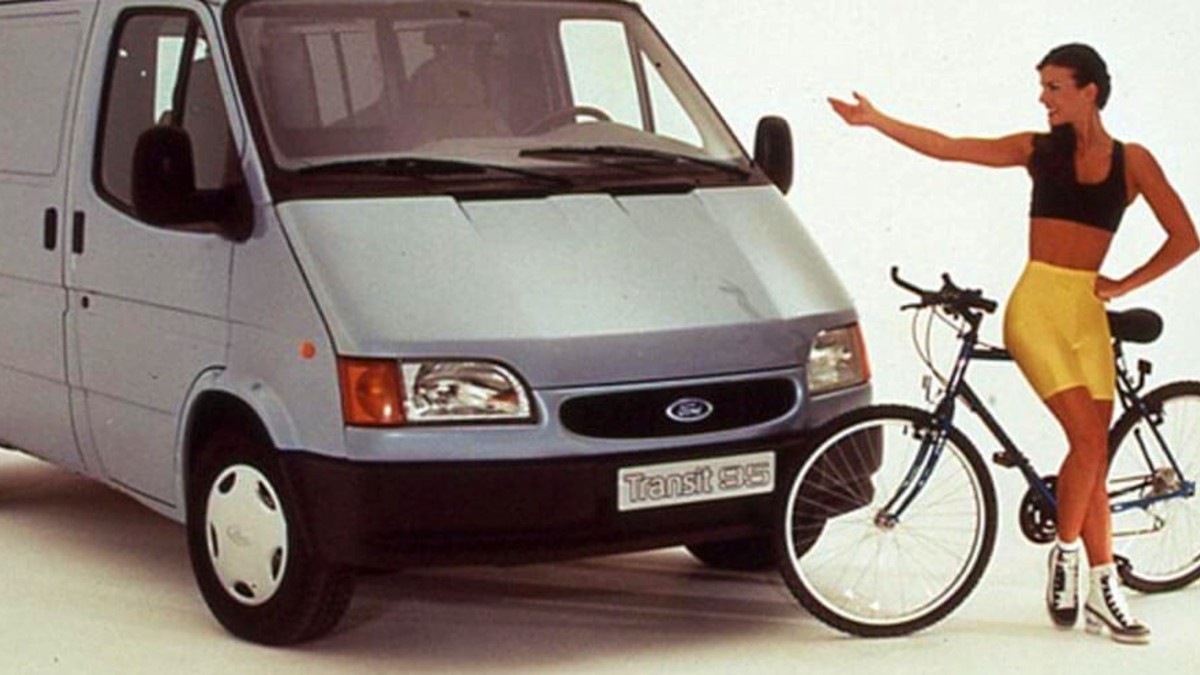 This isn't a proper entry into the Transit history books - there were only 600 made - but the Hallmark Transit was made to celebrate 30 years of this excellent van. The rounded lights look very familiar if you ever drove a 2006 Transit… but I'm getting ahead of myself. 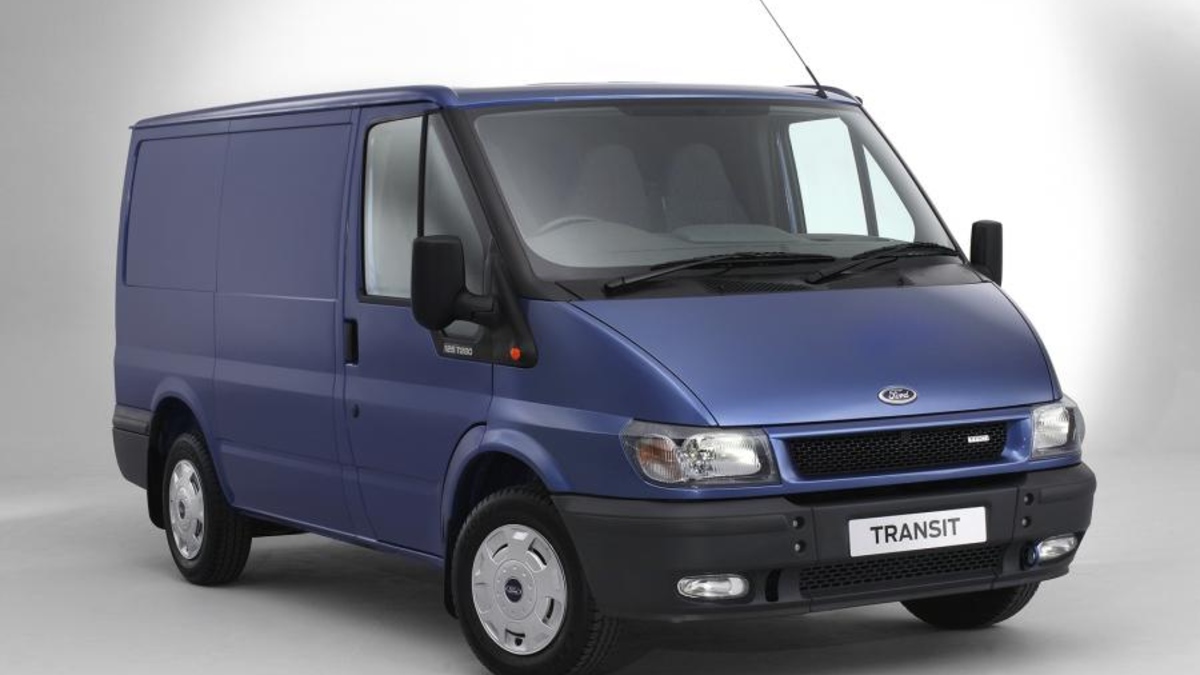 Ford's experience in the car market meant that the new millennium's Transit was more car-like in performance, drive & comfort than ever before - it had 2 height options to choose from (something we all take for granted in modern vans) & you could choose either front or rear wheel drive!

The Ford Mondeo's diesel engine was rammed into the front meaning a van that could do serious heavy lifting also had a top speed of 90mpg. This generation became a best-seller thanks to a multitude of improvements & several mid-cycle actions including a sport version that favoured aesthetic over mechanical improvements.

In 2005, just 1 year before a 2006 facelift, the 5 millionth Transit drove out of the production plant. The facelift that followed this momentous event saw a slight exterior makeover completed, some minor ergonomic improvements & the creation of a sport version that featured in-your-face racing stripes & alloys. These versions were also the first to use the turbo diesel injection engines modern Fords are famous for. The powerful power plants made massive improvements to running costs & were key in cementing the Transit as a cost-effective vehicle. 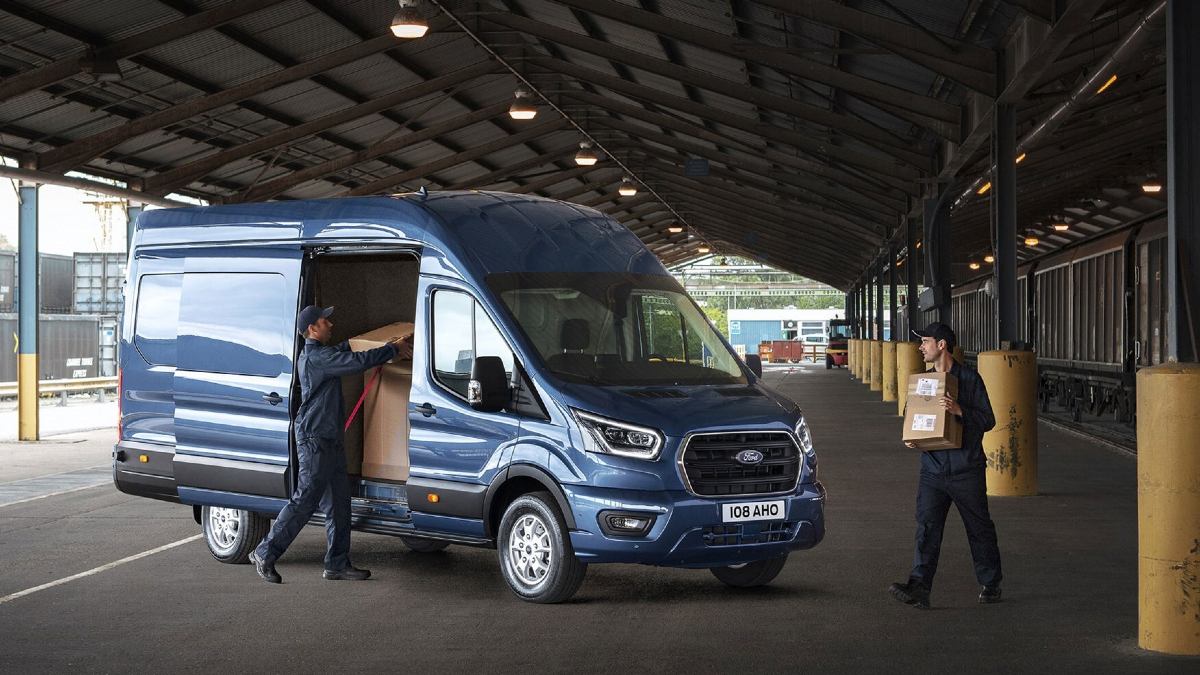 The 4th Generation improved on the previous with larger loading bays, 3 choices of wheelbase lengths & more height options - this generation was all about offering customers the choice & convenience they needed in 1 van. But a new Transit wasn't all they had up their sleeves.

Across the Transit range, which is now made up of the compact Transit Courier, small Transit Connect, medium Transit Custom & large Transit, is quality, reliability & practicality in equal measure. You'll be hard pushed to find many other companies that can offer such a comprehensive & cost-effective range. The recent news of Ford's partnership with VW & confirmations that alternative fuel models are right around the corner is a clear indication that you can expect the Transit name at the top of best-selling lists for many more years to come.

Don't forget to check out our latest van leasing deals where you'll find everything from large transits to compact city vans or enjoy more of our expert reviews and insights in the Vanarama blog.