If I was to scour the internet for the best lease deals on electric vans I would probably find only 4 electric vehicles available for sale. While this is set to increase, it would be unfair to comment on whether or not these vans are going to perform in the market.

Instead, I'm going to take a look at where I think those electric vans available right now rank & cover off how I see the sector's future developing.

Only 3,204 electric Light commercial vehicles were registered in 2019 - spread across 7 brands & 6 core models. Renault were responsible for 2 vehicles - the Kangoo ZE & the Master ZE. PSA Group (Peugeot/Citroens) had (& said goodbye to) the Partner & Berlingo, respectively. Mercedes-Benz with their eVito also played a big part with a large order from The Royal Mail.

Nissan, however, were responsible for the highest-selling vehicle in this segment - the Nissan eNV200, a large order of which was delivered into DPD to support their Green Strategy. There were also a few hundred large vans sold by LDV (now Maxus) called the EV80 which, despite the price, found a wide variety of homes.

It would be wrong to rate these vehicles in order of excellence or even importance because all are doing something new in the market & playing an important part in the future! However, with a gun to my head, I'd put them in the following order based on those available to order today:

However, I don't believe that this ranking is a true reflection of these vehicles' intrinsic or relative value. The truth is I would have them all at number 1! Not in a "we're all winners" kind of way, but each van meets an important need in the marketplace & is fundamentally different to the others.

You could argue that the Nissan eNV200 & the Renault Kangoo ZE are the same size & you would be right, but this does not mean that they are the same. What people often miss is that vans are very much about a fit-for-purpose approach. In the case of the Kangoo ZE, if you don't need to charge during your daily work routine (due to this being less than 80 miles) then this vehicle - being the most cost effective option on the market today - would be the right one for you.

If you do have to charge during the day - i.e. you're doing more than 100 miles per day - then the Nissan's higher charging speed would be important & therefore you would pay more for that vehicle because it fits YOUR purpose. I could go on, but I am sure you get the point. With really only a 1 & 2 in each segment (small, medium & large) it will come down to what works for you & your pocket.

You may be wondering where the EV80, Berlingo & Partner are on my list? Well, sadly they have made their exit because they're being replaced. In the world of EVs it seems that the manufacturers have not mastered the art of lining up a replacement before retiring the old - there's a definitive gap where those particular EVs used to be!

One vehicle that stands out for me & is available to order today is the Maxus eDeliver3. With its higher range of 150 miles plus & quick charging option of 5% to 80% in 45 minutes it should be a very worthy contender - potentially market leading with the right price point! That said, I can't say if it's the best as it has only just arrived with the first vehicles soon to be going into service (check out our review below).

At time of writing the Vauxhall Vivaro-e is being launched, but the pricing & order book is not yet officially completed. As always with electric vans, it seems there are rumours of deals already done with big fleets which will limit volume for the rest of us! The pros & cons of this approach is a whole other topic. The rest of the PSA Group will follow with launches of the rest of the "brotherhood of van" in the Expert & Dispatch medium vans with Toyota tagging on the Proace! These vehicles are all FULL of promise with great ranges & payloads which should take them to the top of the pile - but will price & availability be a blocker?

The biggest non launch is the Mercedes-Benz eSprinter! It was due around now & is long awaited. I drove my first eSprinter in 2004, so I really don't know what Daimler has been waiting for. Rumor has it I will have to wait still longer as the first batch of 700 are sold already to one client (if the word on the street is true that is)! While we are on the subject of the German manufacturers we should mention there will be a ABT-e Conversion of the Transporter very soon & maybe (only maybe) the VW eCrafter sometime in the future.

The Maxus big brother to the eDeliver3, in the form of the eDeliver9, is just around the corner with a launch promised this year. It promises to be a very credible large van with the largest battery option in the sector pegged at 88kWh along with class-leading payload & a fast DC charging speed.

Also worth looking out for is the Zoe Cargo from Renault. In passenger car form it has 245 miles range & great charging speeds. Rumor has it that there will be a 400-500kg payload for Renault's first adventure into the car-derived van (CDV) sector - couple that to those EV stats for range & charging & it could be great. My only concern here is that it will be relatively pricey. Fingers crossed I am wrong! 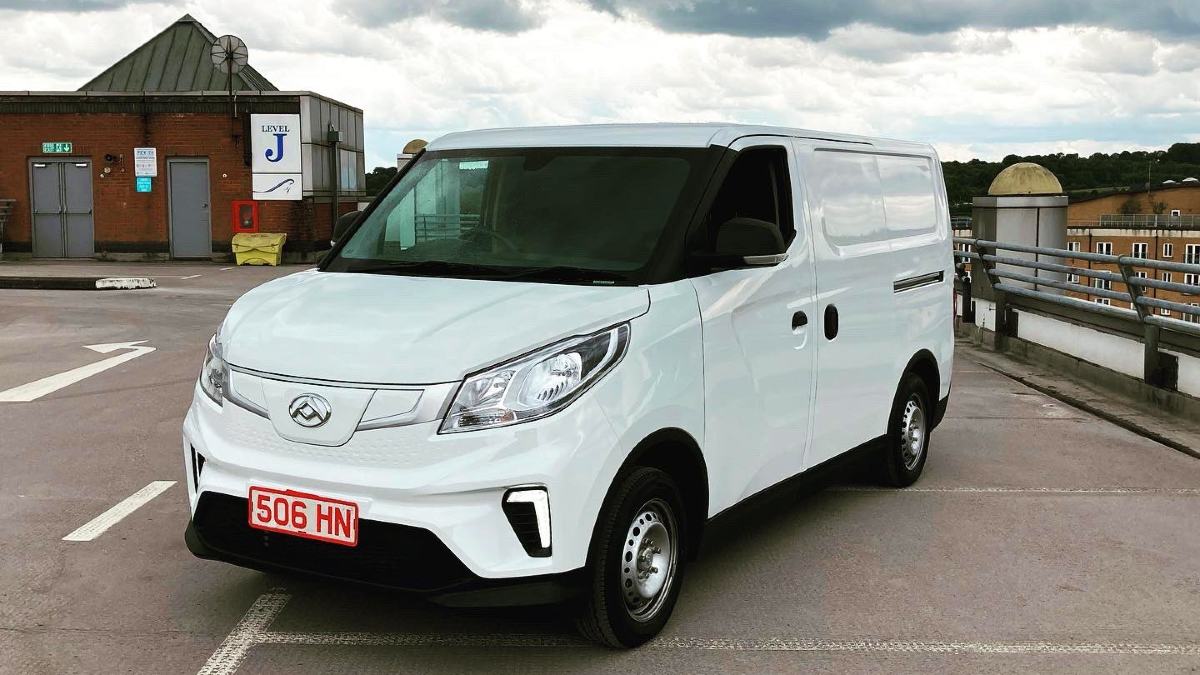 In parting, it is worth noting the gaping whole where anything from Ford should be! To say I am flabbergasted that Ford, as the largest provider of commercial vehicles to the UK, have nothing (yes, nothing) coming anytime soon is an understatement. They had a good stab at a transitional Plug In Hybrid (PHEV) but nothing to follow up on that in Pure EV form. With some of the greatest R&D people in the LCV world, I implore Ford to change that fact quickly! Much more quickly than the 2 or 3 years reported.

Thank goodness then for the likes of Arrival & Rivian who are dedicated to the CV market & hopefully will be real disruptors bringing great transformational products to market & really shaking it up – an article for another day, I feel.

The Next Chapter Of The Electric Van Fairytale

So there you have it! Cinderella is just beginning to get ready for the ball & with the Fairy Godmother of government legislation & large company adoption at her side there may just be enough fairy dust flying around to get her to the ball!

For this year at least, every electric van contributes to the whole & while 1 or 2 stand out (& there is some great stuff coming) it's worth celebrating each one for the part they play & will play in the coming transformational ball that is decarbonisation! Let's hope we can get to a Top 10 full of competition & innovation for 2021, eh?

Looking for a new van? Check out our [latest lease deals](https://www.vanarama.com/van-leasing/electric Also, don't forget to follow the latest automotive news by bookmarking the Vanarama blog.