We’ve all heard (and probably used) the term ‘White Van Man’ at some point, it’s usually said in a derogatory manner but, these days white vans are less common than in previous years. Vanarama Van Expert Tom Roberts looks at some of the influences in van colour trends in the past, and how they are evolving…

A History Of Van Colours 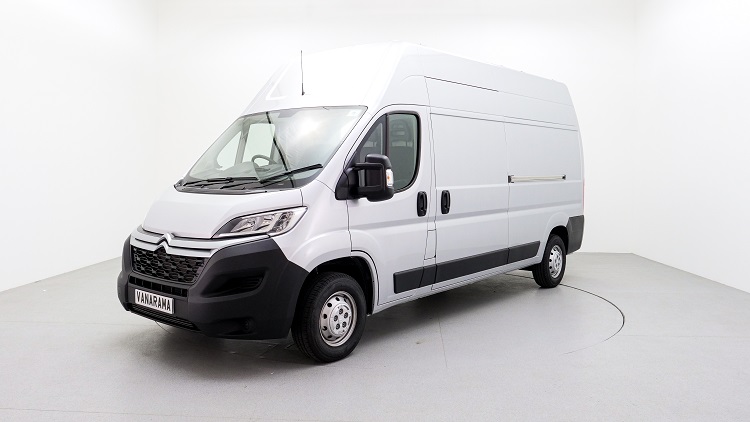 Wind the clock back 2 or 3 decades. The vast majority of vans on the road were white. That’s not really the case these days so, why was white so prevalent, and what factors have made it fall out of favour?

Back then, vans were considered to be much more of a tool than they are today. Think of it this way – would a tradesperson be interested in how a new hammer looked? No. It’s a means to an end, quality and price would be the main factors, how it looked would be immaterial.

No one really cared what a van looked like, so long as it did the job and nice colours weren’t in any demand. White was the standard colour as it would have been cheaper for the manufacturer to buy paint in bulk quantities. This also meant that their production lines wouldn’t need to be constantly changing over to different paints with all the practical implications that this would have. Apparently white was in any case, the cheapest paint to manufacture.

White is a great colour to apply vinyl graphics to (to promote your business), it’s easy to match when having accidental damage repaired. White is also great in summer as it  reflects heat, keeping the cab and loadspace cool (vans were not available with air conditioning until recent years) and they’re easy to see by other road users in low light conditions. So, what has brought about the change? What makes us all now desire vans in colours right across the spectrum?

We also might associate a colour with a particular make or model of van. I always associate a solid red colour with Citroen vans. The Ford Ranger? That nice metallic gold. And what about Volkswagen with that golden yellow that looks great on the Caddy? How have we made that association? Is it because there are more vans on the road in those colours than any alternative?

Manufacturers will generally choose a launch colour when a new van is unveiled. It’ll be something eye-catching, a colour that will show off the van in its best light and that works well with chrome and body coloured parts such as bumpers. It’ll feature in all their press material and the vehicles loaned to journalists for review will probably be finished in that same shade, the resulting photographs appearing in their online and printed write ups.

The initial launch stock dispatched to dealers will also feature this carefully chosen paint and one or more of these vans will undoubtedly be used as a demonstrator to allow customers to test drive the vehicle.

Over the years, various van colours have come into favour, only to then fall in popularity but subsequently having a resurgence a few years later, grey being a great example. A couple of decades ago it was one of the most fashionable colours but the popularity didn’t last long and it was rarely seen then until very recently, the last 2 or 3 years seeing most manufacturers offer their vans in one shade or another (not as many as 50 though...).

Currently, there’s an appetite for a broad range of colours – red and blue remain popular, although silver, which was the most popular finish a few years ago, has fallen out of favour. Black is another shade that isn’t as sought after as it has been, could it be I’m guessing it’s the fact that it’s a colour that is really difficult to keep clean, and we all know that regular washing of a van isn’t something we’ve always got the time or inclination for.

Lots To Choose From

Manufacturers now offer vans in a myriad of ‘non-standard’ colours rather than the few of days gone by. Deep orange, turquoise, yellow, even purple are available for those who want to stand out from the crowd.

The fact that most van customers now want a van in a nice, metallic paint finish can mean an unexpected bonus for those looking to lease a new van. In some instances, when you select a metallic or pearlescent colour when getting your quote, the monthly payment is the same as a white van, despite the manufacturer charging a few hundred pounds on their price list. This is because used van buyers also want nice colours, and as a result the value of a van at the end of a lease in, say metallic red will be more than a white one. Lower depreciation means lower lease rates.

There are few disadvantages from having a van in a nice colour. Metallic paint has a reputation of being difficult to match when a damaged panel is being repaired. We’ve all seen cars or vans where a door or wing is distinctly ‘off colour’ compared to the rest of the vehicle, although advances in technology mean that this is less of a problem these days. If you’re buying a van rather than leasing, bear in mind that whilst a particularly vivid colour might be to your taste, there’s a possibility it might not be as acceptable to others and you might find that when selling or part exchanging the van the price you get isn’t as high as you would have liked. Not something to worry about if you lease, the finance company take that risk on for you.

So, to choose your next van in purple, pink, green, gold, or even just plain old white, head over to the Vanarama van special offers page right now!