Potholes: What Damage Can Be Caused & How To Report Them

In March 2021, it was revealed that there were almost 1.7 million potholes filled up in the previous year. That figure was up 200,000 from 2019’s high of 1.5 million. That means the council was filling up potholes every 19 seconds in 2020, costing local authorities over £93m. This goes to show how much of an issue the UK’s pothole crisis is for motorists, especially considering the damage that they can cause to your vehicle. Kwik Fit’s annual Pothole Impact Tracker found that during 2020, potholes cost UK motorists a whopping £1.267bn in car repairs.

Due to this, motorists have a lot of questions about potholes, how they are formed, the damage they can cause and how to report one to the local council. Vanarama have put together this article answering the most common pothole-related questions to give motorists the best chance of avoiding a pothole nightmare!

How Is A Pothole Formed?

As a road is used by the public over time, wear and tear causes small cracks and openings to appear on the surface. Potholes are formed when water on the road’s surface penetrates the tarmac and settles beneath the road. When the cold temperatures arrive during the winter months, the water freezes and expands, leading to the cracks widening. As the ice melts, traffic begins to push down on the road’s surface once again, causing new craters to be formed as the unsupported tarmac gives way. This process takes place over many years.

How Are Potholes Repaired? 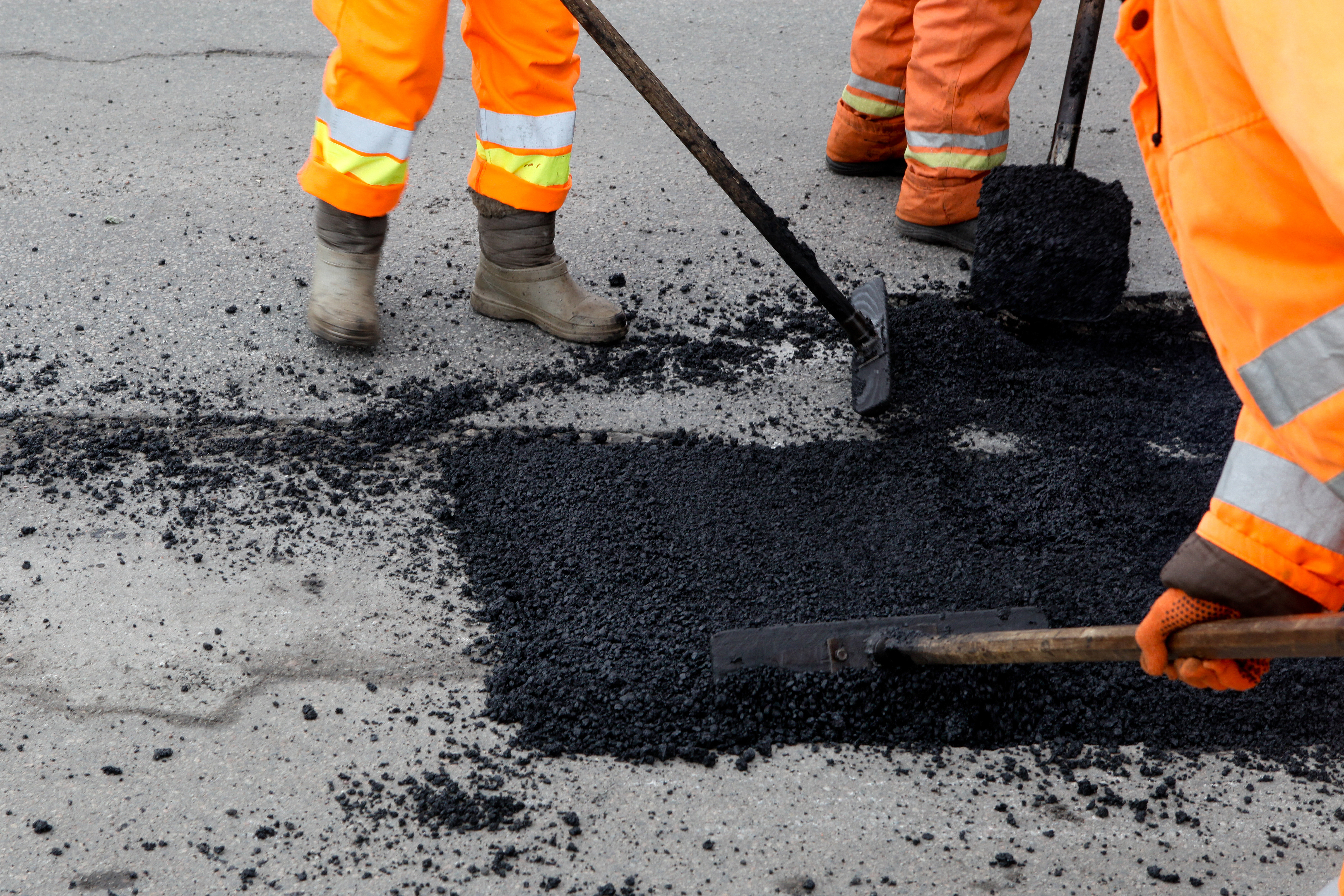 Local councils use several methods to repair potholes, usually taking into account the time of year, size of the pothole and how cost-effective the repair will be. The first approach is called velocity patching and is carried out during the summer road-repair season when the conditions allow for heavier repairs. Using road master machines, the council can seal potholes with new tarmac without refilling meaning they can fix severely affected roads at an extremely high rate.

Another technique called ‘Cut and Break’ involves cutting around the pothole to remove the damaged tarmac at the edges. The pothole is then simply refilled with new tarmac. Along with fixing already formed potholes, preventive measures are carried out if a potential pothole is spotted in time. Surface dressing involves applying a bituminous binder with aggregated chippings to the affected surface. This will seal off any water ingress and make it harder for the pothole to expand.

What To Do If You Hit A Pothole?

The average person hits 11 potholes per month, so odds are you’re going to encounter one at some point. That’s why it’s important that you know what to do when the situation arises.

· Check For Damage: As soon as it’s safe to do so, pull over. Look for any noticeable damage to your vehicle including the wheels and tyres. If you can’t spot any issues, the damage may be under the surface. When you set off again, make sure to listen for any strange noises or vibrations that weren’t there before you hit the pothole. Another key symptom of damage from potholes is if the steering wheel isn’t working correctly.

· Make A Record: It’s extremely important that you make a record of the incident, including the time, date, location, any damage and who was in the car. If you can, take photos and document both the potential damage and the pothole. If anyone sees the incident occur, make a note of their contact details. This record could be used in the future to make a claim to your insurance company or for compensation.

· Report The Pothole: The next step is to report the pothole to your local council. This will prevent someone else from falling victim to the pothole in the future, whilst also putting on record that you have encountered it.

· Repair Your Car: If your car has been damaged due to a pothole, you’ll have to get it repaired to make your car roadworthy again. Contact your insurance company in order to recoup the cost of the repairs. Make sure you shop around to get the best deal possible! If you lease your car from Vanarama, get in touch with us and let us know that your car has received some pothole damage.

· Make A Claim: It may be possible to claim compensation from the local council because of the damage caused to your car by a pothole. When making a claim, make sure to include all the notes that you made when you recorded that the incident had occurred.

What Kind Of Damage Can A Pothole Cause?

Around 10.2 million people suffered pothole damage to their car in 2020, so you have a one in seven chance of it happening to you. The type of damage that can be sustained varies depending on the size of the pothole and the speed you were travelling when the incident occurred. There are four main areas of the car that are most likely to be damaged: the suspension, steering, wheels, and tyres.

How Do I Report Potholes?

The easiest way to report a pothole in the UK is to visit the official government website. Simply enter your postcode and the website will direct you to your local council. You’ll be asked to fill in a form involving some basic questions to make the report. However, if the pothole you have encountered is on a major road such as a motorway or A-road, then the correct people to contact are Highways England. Their contact details can once again be found on the government’s official website. Most pothole repairs are completed within one week from when they are first reported.

How Do I Claim For Pothole Damage?

To make a claim for pothole damage, you’ll need to contact the organisation responsible for the road to let them know what happened. Again, the official government website will help you do this. You’ll have to outline:

As of 2019, the average payout for pothole damage by local authorities was £276.

To find out if your area is one of the worst to have been impacted by the pothole crisis, take some time to browse our research on the UK’s worst potholes regions. Alternatively, give yourself the best chance of avoiding pothole damage by purchasing a Ford Ranger or Toyota Hilux from our pickup truck leasing page.