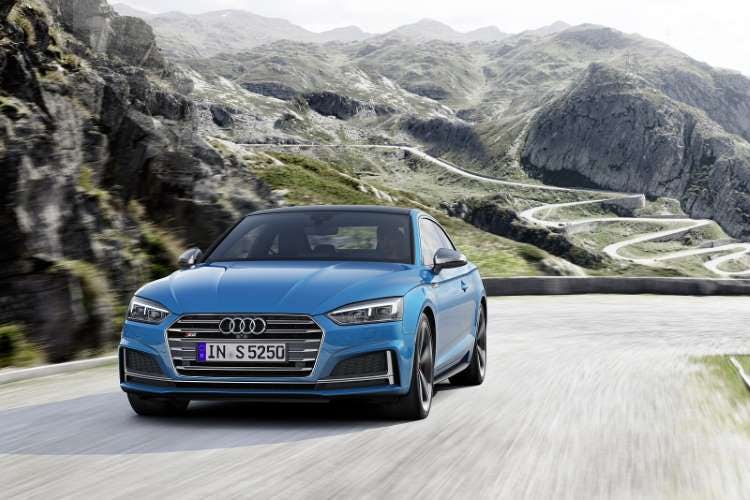 Why Lease The Audi Rs 5 Coupe?

Developed by Audi's performance engineering subsidiary, quattro GmbH, the German brand's RS models are highly specialised versions of its mainstream production cars, this RS5 based on the A5 coupe and drawing on a heritage that goes all the way back to the original Audi Quattro coupe thirty years ago. Early RS efforts from the mid-Nineties onwards were big on grip and power but short on feel and fun factor. But Ingolstadt kept trying, finally nailing it in 2006 with an R8 supercar you could reasonably buy over a Ferrari and an RS4 super-saloon that could take on and beat a BMW M3. The RS4's lifespan was sadly short-lived but the M3 market wasn't one that Audi wanted to abandon, hence this RS5's efforts to target it more precisely. The original version had limited success in this respect, but early in 2012, Audi launched a revised RS5 with sleeker looks and more equipment that seemed to offer more appeal. Let's see what it can deliver.

Audi has been turning more and more to turbocharged powerplants in its faster cars but this improved RS5 continues to stick with good old cubic capacity. Mounted at the front of its quattro all-wheel-drive chassis is a 4.2-litre V8 incorporating technology from the V10 FSI unit in the R8 supercar. The peak power output of 450PS is achieved at the engine's 8,250rpm maximum and 430Nm of torque is on stream between 4,000 and 6,000rpm. Against the clock, the RS5 will blast to 62mph in 4.5s and is limited to 155mph in standard form. That's unless you pay extra for the speed limit de-restriction option, in which case 174mph is possible. Other extra cost options include Dynamic steering, Dynamic Ride Control and a Sport differential able to shift power from side to side at the rear through tight turns. Electromechanical steering is new to this revised version and has been built in with no noticeable loss of feel at the helm. Otherwise, the tech spec is as you were. There's a 7-speed S-tronic dual clutch auto gearbox and a launch control setting which will get you close to optimum acceleration off the line. Also standard is the Audi drive select adaptive dynamics system, via which you can alter steering weighting, throttle response and the change parameters of the gearbox via four settings - 'comfort', 'auto', 'dynamic' and 'individual'.

The standard Audi A5 is a beautiful and understated car but whether you could pay either complement to the RS5 is open to debate. Understated it certainly isn't. Aggressive air intakes and a matt aluminium splitter mark out the front end, the wheelarches bulge imposingly and at the rear are two of the largest exhausts you'll have ever seen mounted either side of a large diffuser. There's a spoiler in the tailgate that extends at 75mph, tucking itself away again when you drop below 50mph, so even if you aren't breaking the speed limit, the police will know that you have been. As for the specific changes made to this revised version, well they include a slight revision to the single frame grille design, sharper and more pronounced bonnet contours, smarter 'solid band' wraparound LED daytime running lights and LED rear lights, sleeker front and rear bumpers and a lovely '10-spoke' design for the 19-inch alloy wheels. Interior design changes extend to a smarter flat-bottomed RS three-spoke steering wheel and detail improvements to the air conditioning, Multi Media Interface, mirror adjustment and electric window switchgear, the gear lever and the instrument stalks. And under the skin? Well, to say the RS5 chassis is merely advanced would be to do it a disservice. The car features the latest quattro all-wheel-drive technology with a crown-gear centre differential and, as an option, Audi's sport differential between the rear wheels. Plus there's Dynamic Ride Control via which the driver can select Comfort, Dynamic and Sport modes according to the firmness of the damping required.

Given the £60,000 budget required for ownership of this car, it's a bit disappointing to find so many of its cleverest driving aids on the options list. Most RS5 buyers won't want to be without two particular features, both badged 'Dynamic'. Let's start with 'Dynamic Ride Control'. This uses diagonally opposed pairs of shock absorbers linked by hydraulic lines and a central valve. During fast cornering, the system intensifies the stabilisation of the front outside wheel for optimum stability and composure. Its response can be varied across three settings at the touch of a button. Then there's 'Dynamic steering', yet another option, offering a more responsive feel at the helm via settings controllable through the standard drive select adaptive dynamics system. Rather than buying these two additional features individually, your dealer will suggest you specify them as part of a more cost effective 'Sport Package' which also includes a sports exhaust system and 20-inch alloy wheels. Even if you do though, you'll still need to stretch your chequebook further for the Sport differential, able to shift power between the rear wheels during tight cornering. And it's extra too for a set of carbon fibre-ceramic brakes, essentially if you're going to be regularly using your RS5 on track days. At least this improved RS5 can offer a little more standard luxury inside. Bluetooth mobile phone preparation, cruise control, DVD-based satellite navigation and an Audi Music Interface iPod connection have all been added to the standard equipment list for this updated model. The cruise control system can also now be upgraded at extra cost to the adaptive system with braking guard, which uses radar sensors to control distance from traffic in front of the car between 19mph and 155mph, and can also initiate partial braking or full deceleration if its sensors detect an impending collision.

This RS5 won't be quite as costly to run as you might expect a V8-powered super-coupe to be. This is thanks to this Audi's carefully designed exhaust system and to the way that its entire drivetrain has been designed to minimise friction losses. Slippery aerodynamics also help, as does the installation of a brake energy recovery system to reclaim energy that would otherwise be lost under braking or when cruising. As a result of all this, the revised version of this Audi now delivers 26.9mpg on the combined cycle and 246g/km of CO2, which is actually quite a reasonable result for a 1.7-tonne V8-petrol-powered super coupe with nearly 450bhp. Expect residual values to see you retain about 47% of your original purchase price after three years. A more significant statistic for many buyers though, may be the fact that for £20,000 less, an Audi S4 fitted with pretty much the same 7-speed S tronic gearbox can take you five more miles to every gallon and knock 56g/km off your CO2 reading, yet go nearly as fast. But it doesn't sound or look as good as this RS5 of course - and that for many buyers will be crucial.

The original Audi Quattro made going quickly about as easy as it could be. You didn't worry about the weather or the roads you'd be using: you simply got in the thing and went very, very fast. As you do in this RS5. Critics may see its approach as overly clinical, but that's a subjective thing. The hard facts are that when it comes to rival cars, a BMW M3 compromises you every time it rains. And a Nissan GT-R compromises you every time your boss checks out your space in the company carpark and tells you to grow up. Of course, if you wanted to follow his lead and get completely sensible, you'd have to admit that an Audi S4 would make more sense on paper. But the best decisions aren't always made on paper. Here's a car with a brand image built on more tactile things. And one that, thirty years on from the original Quattro, continues a heritage of excellence.

Why Lease With Vanarama

Our Price Promise guarantees you the very best deal*.

Choose the mileage, length of contract and initial payment to suit you.

Our experts are on hand for any info you need about leasing.