Here’s the brand-new Vauxhall Astra. Hope you like it, because you’ll be seeing it all over the place from next year. You probably do though, because this is by some distance the most striking, progressive and plain attractive Astra ever made. Fair play, Vauxhall.

This Astra number 8, if you’re into counting these things, but it’s the first since Vauxhall was acquired by Stellantis, the multi-brand powerhouse that also includes Peugeot, Citroen, Alfa Romeo, Fiat and Jeep.

For that reason, lots of the new Astra’s bits are shared with the latest Peugeot 308, including a couple of plug-in hybrid drivetrains – a first for an Astra. Both will promise around 30 miles of electric-only range and 3-figure fuel economy. The higher powered of the two will be rapid, too, with 225hp from its 1.6-litre turbo petrol engine and electric motor combo. 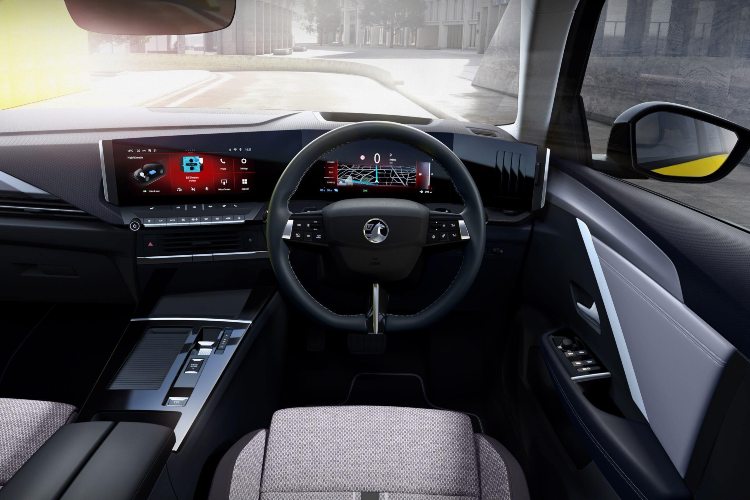 You’ve probably already noticed that the interior is in a different aesthetic stratosphere to the outgoing Astra, largely because of a stunning twin-screen design that has very strong Volkswagen You-Know-What vibes. Yep, Vauxhall is going for the Golf. Obviously. Don’t all these things.

To that end, every Astra from bottom to top gets twin 10-inch widescreen displays for the instruments and infotainment, called the ‘Pure Panel’ cockpit and as seen in the latest Mokka. Vauxhall says it’s “optionally fully glazed”, which means that higher end versions will have a neat single panel, while lower versions will have the screens recessed into plastic. It’s the same thing Mercedes does with the A-Class.

The setup means there’s a distinct lack of buttons and dials on the dashboard, which doesn’t necessarily bode well for functionality – the cabin heating controls are software based now, which is a constant irritation in Citroens. Having said that, Vauxhall says that “the Pure Panel achieves the optimum balance between digitisation and intuitive operation, detoxed of irritating visual stimuli and without the need for sub-menus.” We’ll see.

The whole thing looks great though, doesn’t it? The contrasting colour roof is no doubt optional, but details like the LED daytime running lamps, the black panel grille and C-pillar detailing evocative of the original Astra are all very striking. Vauxhall has of course said lots of words about the look of it, including this gem from head designer Mark Adams:

“With its bold Vizor front face, strong muscular wheel arch blisters and sheer surfacing, the All-New Astra has a very sporty and confident personality. The interior also takes a bold step into the future. The strong driver-orientated cockpit with seamless glass look of the new Pure Panel will bring a whole new emotional experience to our customers.” 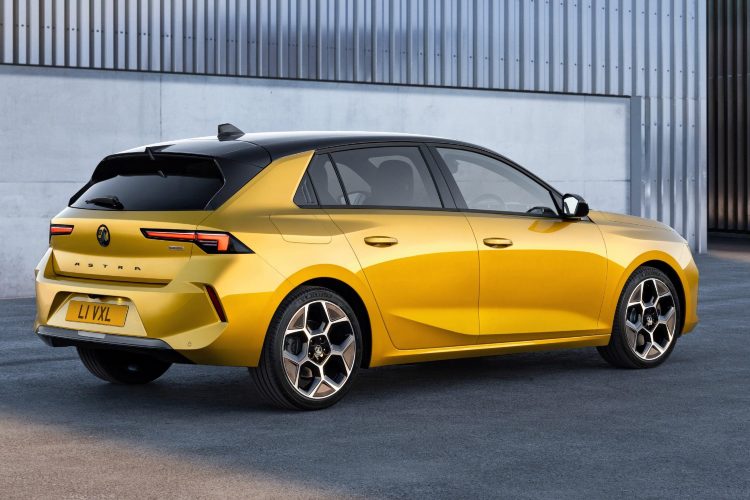 We’ll leave that there. More tangibly, quality and ergonomics are both significantly improved. Even the seats have been completely redesigned for improved comfort and they now drop lower than before, which should make for a ‘sportier’ experience behind the wheel. And in keeping with the new Astra’s tech-heavy vibe, the seats will optionally include ventilation and massage functionality.

Other tech new to the model includes ‘IntelliLUX’ LED headlamps that adjust their beam automatically to avoid dazzling oncoming traffic, and to best illuminate the road based on steering movements. There are cameras and sensors dotted all around the body and linked to a suite of safety and driver assistance systems, including traffic and pedestrian detection, automatic emergency braking, and self-driving.

The self-driving stuff includes automatic crawling in traffic jams, self-centering in lanes, self-parking, self-steering at motorway speeds and automatic lane changing; the new Astra is basically a thick Austrian accent and a leather jacket away from being a piece of Skynet technology.

It’s bigger than before, most notably between the wheels, with a wheelbase stretched by 13mm for improved rear legroom, although because the overhangs at either end are short it’s actually only fractionally longer than the outgoing model. So still easy to park. A 422-litre boot is 41-litres more voluminous than that in the Golf.

How Will It Drive? 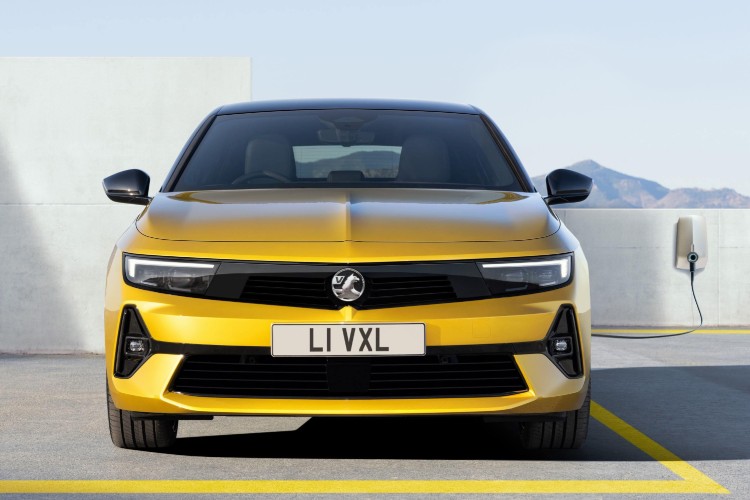 It should drive better than before, and we can be fairly confident about this because the Peugeot 308 is a hoot. Vauxhall calls the handling “composed as well as dynamic.” More tangibly, the chassis is 14% stiffer than the outgoing Astra’s, although the decision to use a quite basic torsion beam suspension setup at back does leave Vauxhall open to a bit of criticism – it’s a cost-cutting measure, basically. We’ll let you know when we drive one.

A strong engine range puts 1.2 turbo petrol and 1.5 turbo diesel engines alongisde the aforementioned hybrids from launch. They’re also shared with the Peugeot 308, with power ranging from 110hp to 130hp. A 6-speed manual is standard and an 8-speed automatic optional.

Prices should start at around £22,000.  We’ll have the new Astra available on lease deals from autumn, with first deliveries expected early in 2022. In the meantime, check out our current Vauxhall Astra deals here.