Audi has revealed the new RS3 and in doing so has probably changed the whole hot hatch thing forever. It’s ridiculously quick. The headline number is 3.8, which is the time it takes the RS3 to get to 62mph from standstill. To put that into context, a Porsche 911 Carrera 4 – a car that most people would consider, you know, quite quick – takes 4.4 seconds to do the same thing. Yikes. 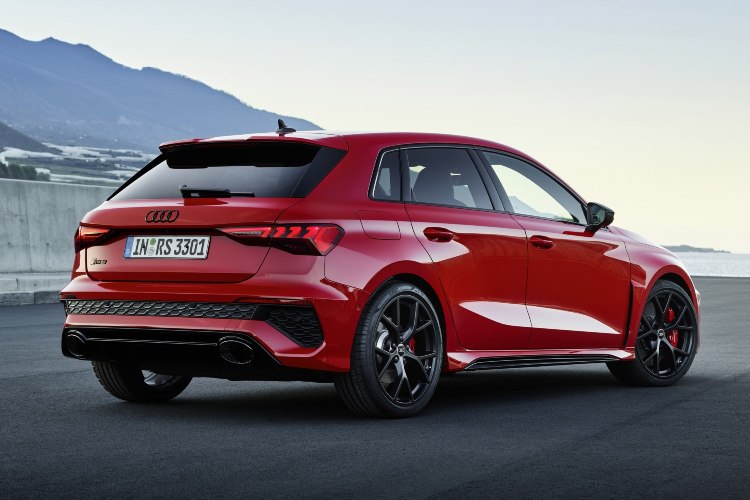 It is, of course, the quickest production hatchback of all time. The price reflects that, obviously: £51,000. And that’s before you’ve added any options, like the one called ‘RS Dynamic Package’ that adds carbon ceramic brakes and removes the speed limiter that ordinarily pegs the car’s top speed to 155mph. It goes up to 180mph.

What About The Handling?

It’s not all about raw pace though. Fast Audis are occasionally criticized for being a bit anodyne in the handling department compared to the rear-wheel drive stuff that Mercedes-Benz and BMW knock out. This RS3, though, has a first for the model called ‘RS Torque Rear’ which is basically a drift mode that splits the torque in a particular way across the axles to easily encourage lovely long slides. Yay.

We should have told you this by now, probably, but power is from a 2.5-litre five-cylinder engine with 400hp and 500nm of torque, sent to all four wheels through a quattro drive system; the RS3 here could feasibly be the last hurrah for Audi’s iconic five-pot engine. 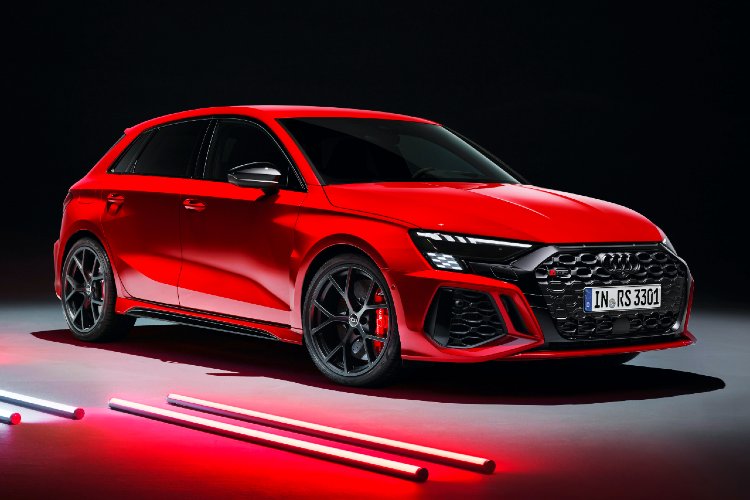 Beyond the headline numbers, the fact that peak torque comes at just 2250rpm means the RS3 will feel super responsive in any gear. And, even better, maximum power (400hp, remember) is delivered between 5600-7000rpm, meaning this has a ‘best of both worlds’ sort of character: low end punch with a powerful high-revving crescendo.

A seven-speed dual-clutch automatic gearbox is standard, tuned specifically for short shift times, while the car comes as standard with a facility that sends torque to the outer rear wheel during cornering, helping prevent understeer. It has adjustable driving modes too, with a track-specific RS Performance mode alongside the aforementioned drift one. There’s obviously nothing stopping you from using it when you’re not on a track, like. It makes the gearshift and torque distribution programmes more aggressive, basically.

Although the RS3 rides on a fancy suspension setup specific to the model, including bespoke shock absorbers, the damper rates are set, though you of course upgrade the system with adaptive damping. Do that, and as well as being able to adjust the damper settings yourself through comfort and sport modes – usual stuff – the car will also continuously monitor the road and adjust each corner based on how it’s looking, and how you’re driving.

The final word on the suspension goes to Audi, whose press release says that “the setup of the springs and shock absorbers is markedly stiff, and the body is 10mm lower than on the S3 and 25mm lower than on the A3.” In other words, this hatchback is low, firmer than an inadequate boarding school headmaster, and not built for comfort.

We keep calling it a hatchback, but as you’ve probably noticed there’s a saloon too, which gives you a less practical body for £1000 more. Either way, all RS3 models are marked out by unique, and uniquely wide, bumpers front and back, flared wheel arches, more distance between the wheels (to improve stability as well as the looks), and 19-inch cast alloy wheels. A diffuser houses twin wide-bore tailpipes. Two colours are exclusive to the RS3: Kemora Grey and the Kyalami Green shade you see on the saloon in the main picture.

Oh, and if you’re wondering what on earth is going on in the picture with the lights, you are indeed seeing what you think you’re seeing: the driver’s side light spells out ‘RS3’ when you start the car. But only if yours has Matrix LED lights. And yep, that’s another option. 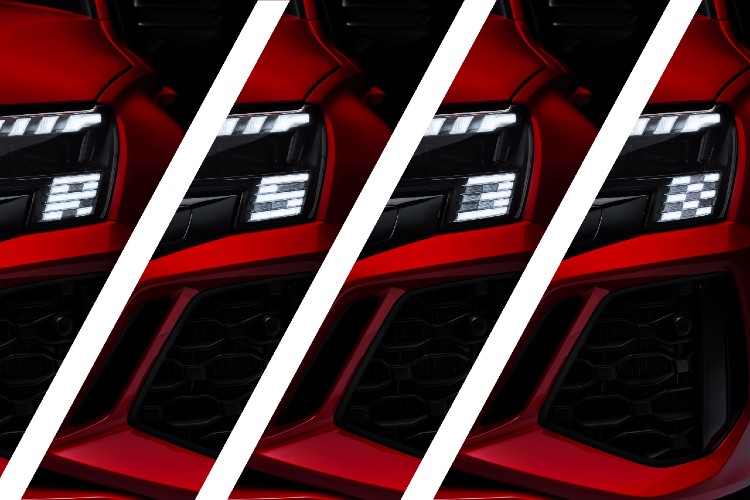 Inside, the RS3 comes with a 12.3-inch digital instrument display as standard (Audi Virtual Cockpit, that is), including graphics specific to the model that can show you your lateral g-force, lap times and acceleration times. Going to the Coop never felt so needlessly data-heavy. Every car gets RS embellished sports seats, optionally trimmed in soft Nappa leather, and a centre stripe in the steering wheel. Just like a race car, yeah. Get a Carbon spec RS3 and your dashboard will be trimmed in actual carbon fibre. 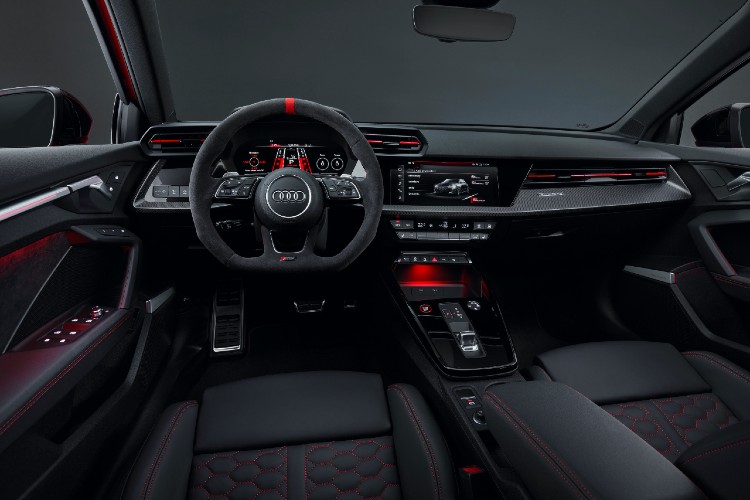 Four trim levels, believe it or not: RS3, Carbon, Launch Edition and Vorsprung. Audi hasn’t confirmed exactly what will be in each at this stage, so we can’t bore you with the details. You can reckon on it being mostly cosmetic though, with items that will alter the performance or feel of the thing on the options list regardless – options like the carbon ceramic brakes we mentioned a while back, almost certainly due to command a four-figure outlay. Still, if you choose them you can also choose what colour the calipers are painted: red, grey or blue.

Want one? It’ll be available to order soon and, of course, the best place to do that is right here at Vanarama. In the meantime, we’re off to the Audi configurator to tick all the options boxes and see if we can get the list price into six figures. Just joking. Sort of.

Check out all of our Audi A3 leasing deals here.