There really isn’t a bad van out there these days – they’re brimming with the latest driver aids, economical Euro 6 engines or greener electric vehicle technology. There’s a perfect commercial vehicle for everyone, so here are the best vans and pickups to look out for in 2022. Vanarama Van Expert Tom Roberts reports.

Each driver is looking for something different from a commercial vehicle, that’s the very reason vans come in different sizes, and someone invented pickup trucks. After two years of stock shortages, microchip supply problems and economic concerns, it feels like 2022 has the potential to be a far more optimistic year for the commercial vehicle market.

So, let’s kick off 2022 with a look at the commercial vehicles we think are the ones to watch this year.

There are very few contenders in this segment, but one stands out due to its all-electric drivetrain. The Renault Zoe Commercial, based on the car of the same name, is a hatchback with the rear seats removed and side windows blanked out. As a load carrier, the Zoe isn’t going to take a pallet of bricks in the back but you’ll have 1.0 cubic metres of loadspace and if you only need to carry 387kgs, then the Zoe might be the (little) van for you. 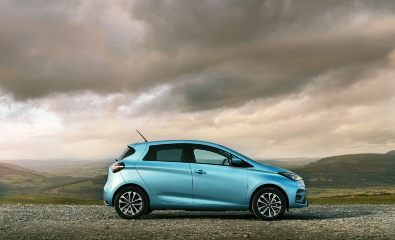 Most businesses considering the smaller vans won’t have high load carrying capacities at the top of their lists of ‘must haves’. Manoeuvrability and ease of parking will probably be more important, but low running costs could well be the priority. The Zoe will be able to travel freely in the ever-increasing number of low (and some soon to be zero) emission zones, and has an official range of up to 245 miles between charges. The 107hp electric motor means it’s no slouch either.

Coming in mid 2022 is the Toyota Corolla van. It’s based on the Touring Sports estate version of the car of the same name and is powered by a petrol-electric hybrid drivetrain. There are no more details just yet so keep an eye out for our review later this year.

It’s almost impossible not to include the incredibly popular, multi-award-winning Citroen Berlingo (or, its similar-sized stablemates from Vauxhall, Toyota and Peugeot) when talking about small vans. In its latest incarnation, this not-so-little van is powered by an excellent 1.5-litre BlueHDi diesel engine at varying outputs and it’s one of the rare vans that can be ordered with a petrol power unit.

There are 4 trim levels and 2 body lengths to choose from, and you can even order a Berlingo with a third front seat (although we’d only recommend using it on short trips… unless you love knocking knees with passengers). There’s plenty of tech too – up to 19 driver assistance systems are offered depending on model and options selected. Where the Berlingo stands out is in its load carrying capabilities. Up to 4.4 cubic metres of loadspace is available and, if you need to carry a tonne, look no further than the Citroen as most versions have a payload of 1000kgs. 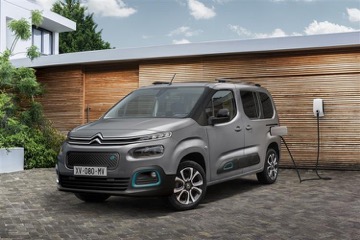 Fancy upgrading to an electric van? Citroen have you covered with the e-Berlingo. The fully electric drivetrain has an official range of up to 171 miles before it needs charging, which takes around 7.5 hours from a standard wallbox charger. Remarkably, even with the weight of the battery pack, the e-Berlingo has payloads around the 800kg mark, depending on the exact model.

The Ford Transit Connect has been around for a while but remains fresh and popular. Two body lengths and a number of weight options are available, and under the bonnet the efficient 1.5-litre EcoBlue diesel engine is offered in power outputs up to an impressive 120PS - this unit is still achieving official fuel consumption figures of between 53.3 and 62.8mpg. The Transit Connect has payloads of up to 834kgs and the L2 offers a load volume of 3.6 cubic metres.

There’s plenty of spec at all trim levels but, if you decide to opt for the upmarket ‘Limited’ series you’ll get 16” alloy wheels, air conditioning, parking sensors, cruise control and body coloured exterior trim. State of the art connectivity is provided by the integrated FordPass Connect modem, providing alerts and other remote monitoring features. Sometime later this year we’re likely to see our first glimpse of the new Transit Connect. Here’s a spoiler though, it might look vaguely familiar. That’s because it’s been designed in conjunction with Volkswagen and will bear more than a passing resemblance to the latest Caddy van that was launched in 2021.

Lurking around the corner and threatening to disrupt the light van market in 2022 is the all new Renault Kangoo, which will also be marketed by Mercedes-Benz as the new Citan and by Nissan under the Townstar badge. These new vans have jointly been voted the International Van of the Year 2022 but we’re still waiting on exactly what engines and trim levels will be offered to the UK market.

With the vans being rumoured to be on sale by the summer we don’t expect to have to wait long for further details but what we do know is that there is an all new cab with up to 20 driver assistance systems available, including Apple CarPlay and Android Auto. There will be 2 load lengths available with 4.9 cubic metres of capacity and up to 800kgs of payload, and there’s an ingenious ‘fold flat’ passenger seat allowing longer loads to be carried. As you might expect, both the Kangoo and Citan will also be available as fully electric vans, and the official range is expected to be around 186 miles.

Have a guess at what was the best selling vehicle in the UK in 2021. Amazingly, it was the Ford Transit Custom, achieving more registrations than any other car, van or truck. It’s not hard to see why. With so many combinations of body length (2), height (2), GVM (7), engine outputs (2 diesel, plus plug-in and mild hybrid versions) and trim levels (6) there truly is a Custom for everyone. Despite being launched in 2012, but with a refresh in 2018, the van still retains sharp, modern good looks and the 2.0-litre EcoBlue diesel engines aren’t just quiet and economical, they offer excellent torque which is vital for those carrying heavy loads in particular. 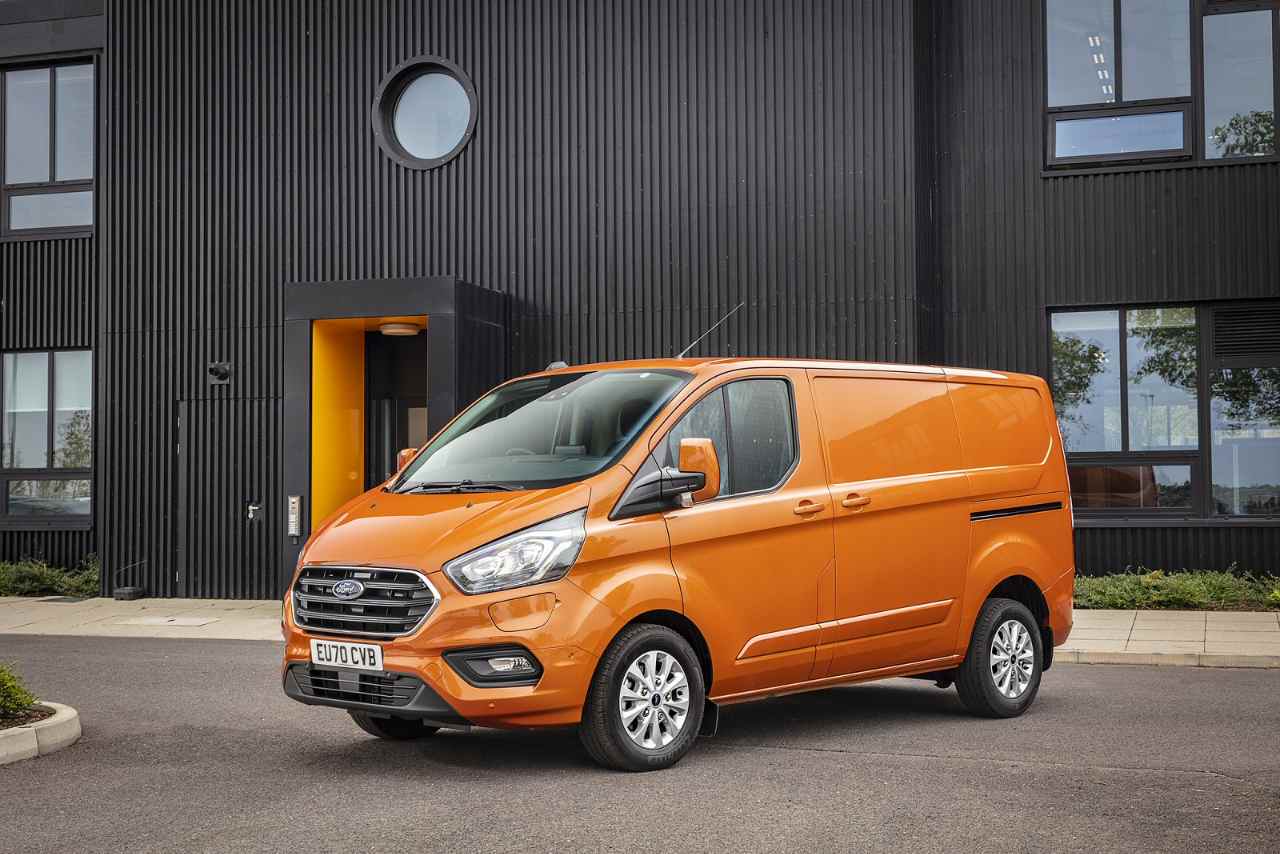 Custom highlights in a nutshell - payloads up to 1459kgs, load volume up to 8.3 cubic metres, masses of driver assistance and safety tech, 390nmn of torque from the 170PS engine, and an extensive dealer network meaning that you’ll never be far from help should you need it.

By the end of 2022 we may have had the first sight of the all-new Transit Custom. Once again, this is the product of a Ford-Volkswagen joint venture, and the van will also be marketed as the new Transporter. We’ve no further details as yet, but Ford have confirmed that along with a fully-electric van there will still be the option of diesel, mild hybrid and plug-in hybrid power units.

2021 saw the Vauxhall Vivaro finish in 5th place in the annual van registration league table. Although not exactly nipping at the heels of the Transit Custom, it is comfortably outselling its near-identical siblings from Peugeot, Citroen, Toyota and now Fiat. There’s also something the Vivaro can offer that the Ford cannot - an all-electric drivetrain. Not only that, but the Vivaro-e can go for 206 miles before running out of charge. Although this is an official figure which is unlikely to be achieved in the real world with a load on, the Vauxhall is a practical solution for many, especially as it can carry up to 1226kgs of payload. The electric motor is rated at 136hp, more than enough power for most.

Moving on to the load-lugging, big-volume heavyweight sector, most of the manufacturers have vehicles to offer. Some, including those which might not always be automatically at the top of the shopping list, have real strengths that need to be explained.

Take the Fiat Ducato. It’s recently had a facelift and has already won a number of industry awards, despite only just arriving in dealerships. Fiat is making a big song and dance about the new technology incorporated in the vehicle, and it’s no wonder. To start with, in the high-end models the cab boasts what Fiat call the ‘Full Digital Cockpit’ – essentially a digital instrument panel and a 10-inch touchscreen. The Italian company can also claim that the van is ‘level 2’ when it comes to autonomous driving (yes, there’s a levelling system for autonomous driving). This is due to the combination of 4 Advanced Driver Assistance Systems (ADAS): autonomous emergency braking, adaptive cruise control with ‘Stop&Go’, lane keeping assist and traffic jam assist. 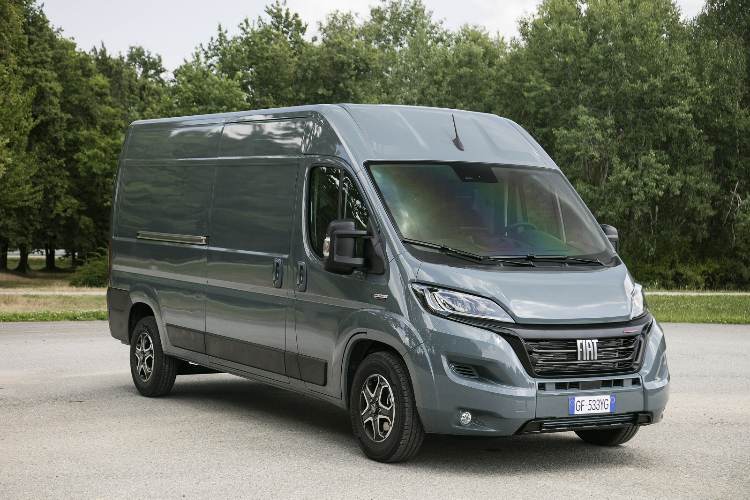 The Ducato’s strengths are not just in the cab, however). New 2.2-litre diesel engines (now shared with their Stellantis siblings Vauxhall, Peugeot and Citroen rather than being unique to Fiat) are said to be quieter than the outgoing 2.3-litre units. Payloads on the Ducato are better than many competitors at over 1500kgs on some models.

Arriving early in 2023 will be the all-electric Ford e-Transit. With a huge range and sporting a very powerful drivetrain, this van could well be a game changer. One to watch and we will be reviewing it here at Vanarama as soon as we can get our hands on one.

We’re also hearing rumours that in 2022 we might learn more about the replacements for both the Renault Master and Volkswagen Crafter. Watch this space.

The last year or so has seen Mitsubishi, Volkswagen (temporarily), Fiat, Nissan and Mercedes-Benz all withdraw from the UK pickup truck market, leaving just Ford, Toyota, SsangYong and Isuzu - all manufacturers of very capable trucks. 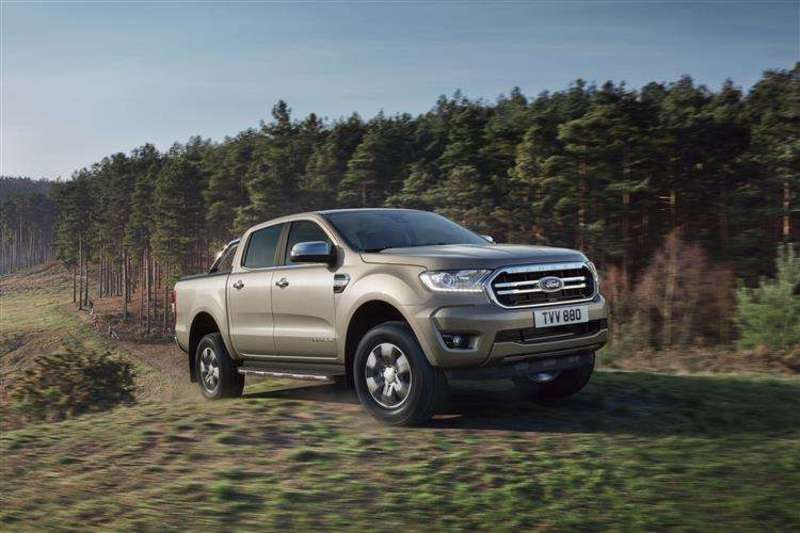 The Ford Ranger was the only pickup to appear in the light commercial vehicle registrations top 10 chart for 2021, achieving 6th place. It maintains popularity due to a reputation for durability, having excellent engines in the form of the EcoBlue diesel units and its good looks. With a 3500kg braked towing capacity on most models, it is designed as a workhorse but, if you decided to go for the Wildtrak spec, you’ll get 18-inch alloy wheels, titanium-effect exterior trim, a chrome under run bar, side steps, rear-view camera, satellite navigation, leather seats and more.

Looking to the future, Ford has already released images of the replacement for the Ranger, which looks more evolutionary than revolutionary despite being ‘all-new’. Once again, the new Ranger has been developed with Volkswagen and later this year we’ll see the new VW Amarok unveiled.

Also remaining popular is the Toyota Hilux. 2021 saw the introduction of a new generation Hilux together with a new 204hp engine, countering previous criticism of the lack of availability of a high-powered version. The facelifted truck is easily identifiable by its large hexagonal front grille and, while most models have an 8-inch multimedia screen, all Hilux trucks come with air conditioning as standard.

All the Best Vans to Look Out For in 2022 are now, or soon will be, available on* the best lease deals *in the UK from Vanarama.