The Birmingham Clean Air Zone: Why You Need An Electric Vehicle

Birmingham’s Clean Air Zone (CAZ) is now in effect, covering a large section of the city centre. Only the newest vehicles producing the least emissions will be allowed into the CAZ without paying a daily charge - for some vehicles as high as £50 per day, with late-payment fines as high as £120.

Local authorities share the UK Government’s ambitious clean air targets, with multiple UK cities either planning or already enforcing congestion zones, CAZs or Ultra-Low Emission Zones (ULEZ). 2030 (the year internal combustion engine vehicles will stop being sold in the UK) might feel like a long way off, but it’ll be here before you know it.

We all know electric vans and cars are how we’ll be getting around in the future, which is why Vanarama has made it as easy as possible to get behind the wheel of one.

Things like the Birmingham CAZ put pressure on people to consider switching to low or no-emission vehicles - especially when those vehicles are made exempt from the daily charges. However, at Vanarama we understand that making the leap to electric vehicles is daunting because of 3 main concerns: higher purchase prices, the state of the UK’s charging infrastructure (although it is improving), and concerns about running costs (such as how charging an electric vehicle will affect your electricity bill).

Leasing removes the worries that surround the higher purchase prices of electric vehicles by simply breaking down the cost to drive one into manageable monthly chunks. But we’ve gone a few steps further:

We also have a huge range of electric cars and vans to choose from - and with most of the electric cars, you’ll even get 1 year’s FREE insurance too. As you can see, there’s a fair few reasons why the jump to electric vehicles isn’t as big as you first thought. Now, let’s take a closer look at the Birmingham CAZ and how it could affect you.

What Is A Clean Air Zone?

A Clean Air Zone (CAZ) is an area of the UK - usually in a city centre - where any road vehicle that doesn’t meet a set of emissions rules will be charged money to drive. The two most prominent CAZ in the UK are in Bath and Birmingham - the latter is the focus of this article. 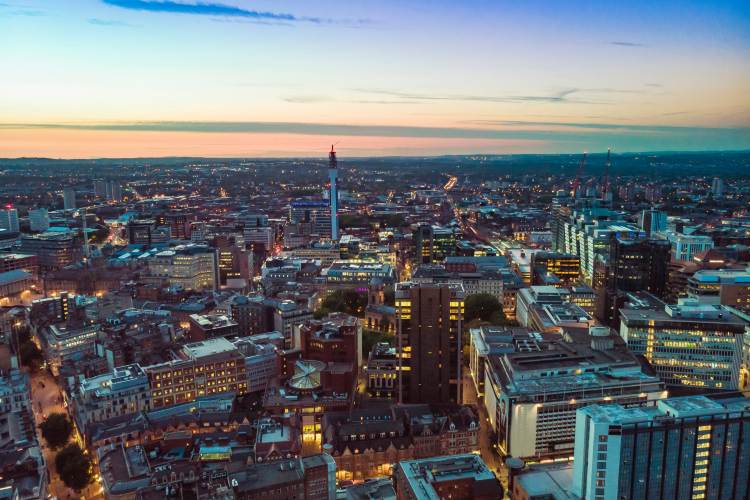 When Will The Birmingham Clean Air Zone Come Into Effect?

The Birmingham CAZ came into effect on June 1st 2021, with charging and payments beginning on June 14th 2021.

How Much Will It Cost To Drive In The Birmingham CAZ?

The charge you have to pay will depend on what type of vehicle you are driving and whether or not it meets the emission standards.

Birmingham City Council has said that “a day” is midnight to midnight, not 24 hours from when you first enter the zone. This means that during any midnight-to-midnight period, you can enter and exit the CAZ as many times as you like and only have to pay a single day charge. However, if you cross over into the next midnight-to-midnight period you will be charged for 2 days.

Also, businesses can set up a fleet account to manage multiple vehicles. If this is something you need to do, there’s a very helpful demo video showing how to set up your account.

From June 14th 2021, the payment systems will let you pay either 6 days in advance, on the day of your visit or 6 days after your visit - effectively, it’s a 13-day window to pay your charge either before, during or after your visit to the Birmingham CAZ.

Which Vehicles Are Exempt From The CAZ Charge?

Only the newest or lowest-emission vehicles are exempt from the charges. If your vehicle falls into any of the 4 categories below, you will NOT have to pay a daily charge:

Birmingham City Council says it is the vehicle driver’s responsibility to know whether their vehicle meets or fails to meet the emissions standards above - meaning “I didn’t know” won’t be an acceptable argument if you try to get out of paying a daily charge.

Which Vehicles Are Impacted?

Any vehicle that fails to meet the emissions standards above is impacted and will be charged a daily charge if it enters the CAZ.

How Do I Know If My Vehicle Is ULEZ Compliant?

The easiest way to check if your vehicle is ULEZ compliant is to use the UK Government’s vehicle checker tool.

What If I Don’t Pay?

If you don’t pay your daily charge, you will be sent a Penalty Charge Notice for £120. This will be reduced to £60 if you pay within 14 days.

Are There Other Clean Air Zones?

There are several other CAZ in the UK - the ones in London and Bath are the best known - and you can read more about them in our article called ‘ULEZ - Everything You Need To Know’.

For more insights on commercial vehicles, electric vans and much more, take a look at our blog.