Fiat Professional, part of the Stellantis Group, has announced details of the replacement for the existing Doblo van which has been around since 2010 – and looks set to join the increasing number of Stellantis platform-sharing vans. Vanarama Van Expert Tom Roberts reports.

First of all, my sources at Fiat had previously suggested that the existing Doblo would continue in production for the foreseeable future but, in a surprise announcement, Fiat has unveiled a completely new van (sort of), set to be available in both diesel and fully electric forms in 2023.

Is The New Fiat Doblo A New Van? 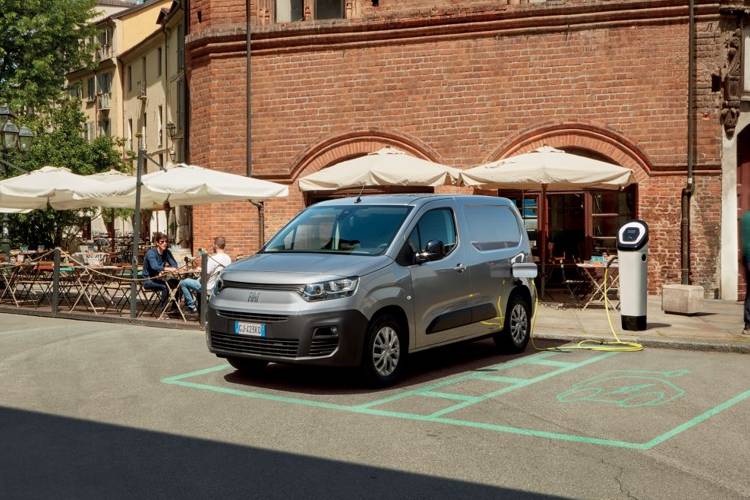 Yes, but also kind of not. As I’ve suggested, the new van will look a little familiar to anyone browsing the current market. It’s yet another variation on the Vauxhall Combo / Peugeot Expert / Citroen Berlingo / Toyota Proace City theme and, apart from trim levels, specification and equipment, it’s likely to be similar in many aspects.

The images shared by Fiat Professional do show a distinctive front end, consistent with that featured on the other Fiat LCVs – let’s just say if you like the look of the other Stellantis small vans, you’ll like this one too.

How Will Fiat Make The New Doblo Stand Out?

The company is known for putting its own spin on these shared platform products to distinguish them from their in-house competitors, and the new Doblo is no exception. Under the umbrella ‘Magic Features’, Magic Cargo allows for storage of load lengths of up to 3.4 metres long under the passenger seat, and Magic Mirror is a 5-inch digital rear-view mirror, something many new drivers of vans will appreciate when a bulkhead and windowless rear doors normally make a mirror redundant. This is a multi-purpose bit of kit - it acts as a reverse camera and offers blind spot coverage. On the E-Doblo, Magic Plug is an electrical socket powered by the van’s batteries, which can provide current to specialist kit such as fridges or tools.

What Safety Features Will The New Fiat Doblo Have?

Fiat says that the new van includes 17 safety features and advanced driver assistance systems and claims that this tech places the van firmly at the top of the light van sector. In short, the current Stellantis platform sharers boast an array of safety features that I’m sure the new Fiat Doblo will include in its spec lists.

When Will The New Fiat Doblo Go On Sale?

No date has been announced for the van going on sale – we’d expect it to appear in the showrooms later in 2022. Watch this space and we’ll be back with more info when it lands.

If you enjoyed this article then take a look at this one about everything that happened at the 2022 Commercial Vehicle Show, and don’t forget to check out our top van leasing hot offers while you’re here.