As UK towns and cities continue to grow, being able to find a parking space has become increasingly difficult. This is especially the case for commercial van drivers as over the last decade, an increased demand by the public for shopping online has led to an expected daily delivery rate of over 150 packages per day. Add to this 5.82m small businesses who rely on vans to transport goods or complete jobs. There are more vans on the road than ever before, and they're struggling to find anywhere to park.

Research by the British Parking Association identified 1.2 million parking spaces in the UK for the public and businesses to use which initially sounds to be more than sufficient. However, once that figure is contrasted to the 3.245m people in the UK who use a van as part of their job, the outlook becomes bleaker.

Vanarama's study has revealed the extent of the UK's commercial parking crisis.

520,000 UK Van Drivers Typically Spend Over 20 Minutes Looking For A Parking Space For Each Delivery They Make

A report in 2019 by the Society of Motor Manufacturers and Traders (SMMT) revealed that 1 in 10 workers in the UK uses a van as part of their job or in other words 3.254m people. In order to find out the full extent of the parking crisis, Vanarama asked van drivers how long it typically takes them to find a parking spot to make a delivery. The survey included all types of van drivers, from labourers to Amazon delivery drivers.

Amazingly, 16% of van drivers told us that on average it takes them over 20 minutes to find a parking space, the equivalent of 520,540 drivers. 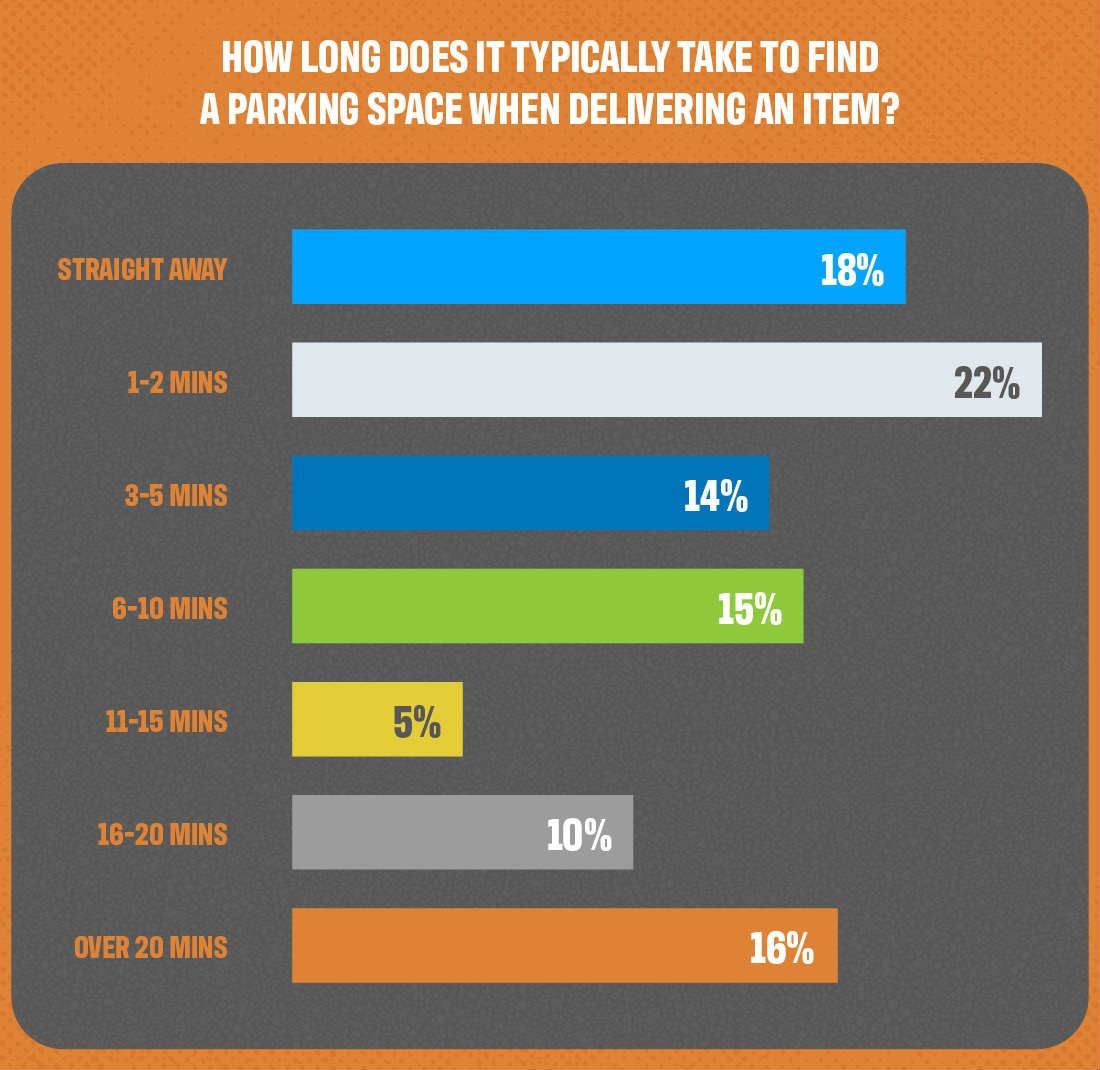 Not only is this highly frustrating for van drivers, but it's also starting to take its toll on the economy.

The UK Economy Takes A £76.2 Billion Per Year Hit As Van Drivers Search For Spaces

3.254m people use a van as part of their job every day in the UK according to SMMT and the Office of National statistics. If we compare that figure to our survey results, it reveals that UK van drivers spend a combined 6.99bn hours every year simply searching for parking – and that's beginning to cost the economy.

Drivers Of The 6 Most Popular Commercial Vehicles Risk Fines Of £50 Every Time They Park, Due To Parking Spaces Being Too Small

Research in 2018 by consumer group Which? revealed that 129 cars sold in the UK were not able to fit into the average UK parking space of 2.4m x 4.8m. However, as cars have added size to their width in recent years, it's length that's the problem for commercial vehicles.

We compared the dimensions of 2019's six most registered commercial vehicles (Jan – Nov) to that of the average parking space. If we take even the smallest variant of each vehicle, which is commonly the "L1" versions with the shorter wheelbase, not one of them will fit into the average parking space. Width doesn't seem to be as much of an issue, with five of the six vehicles managing to squeeze both sides into the spot.

According to career finder website Glassdoor, the average salary of a van driver is £19,329, or £10.90 per hour. If we take the number of hours that van drivers spend searching for parking, 6.99bn, and compare it to their hourly wage of £10.90 per hour, we can reveal that the cost of the commercial parking crisis has now hit £76.2bn per year in wasted hours and inefficiency due to the lack of spaces available. 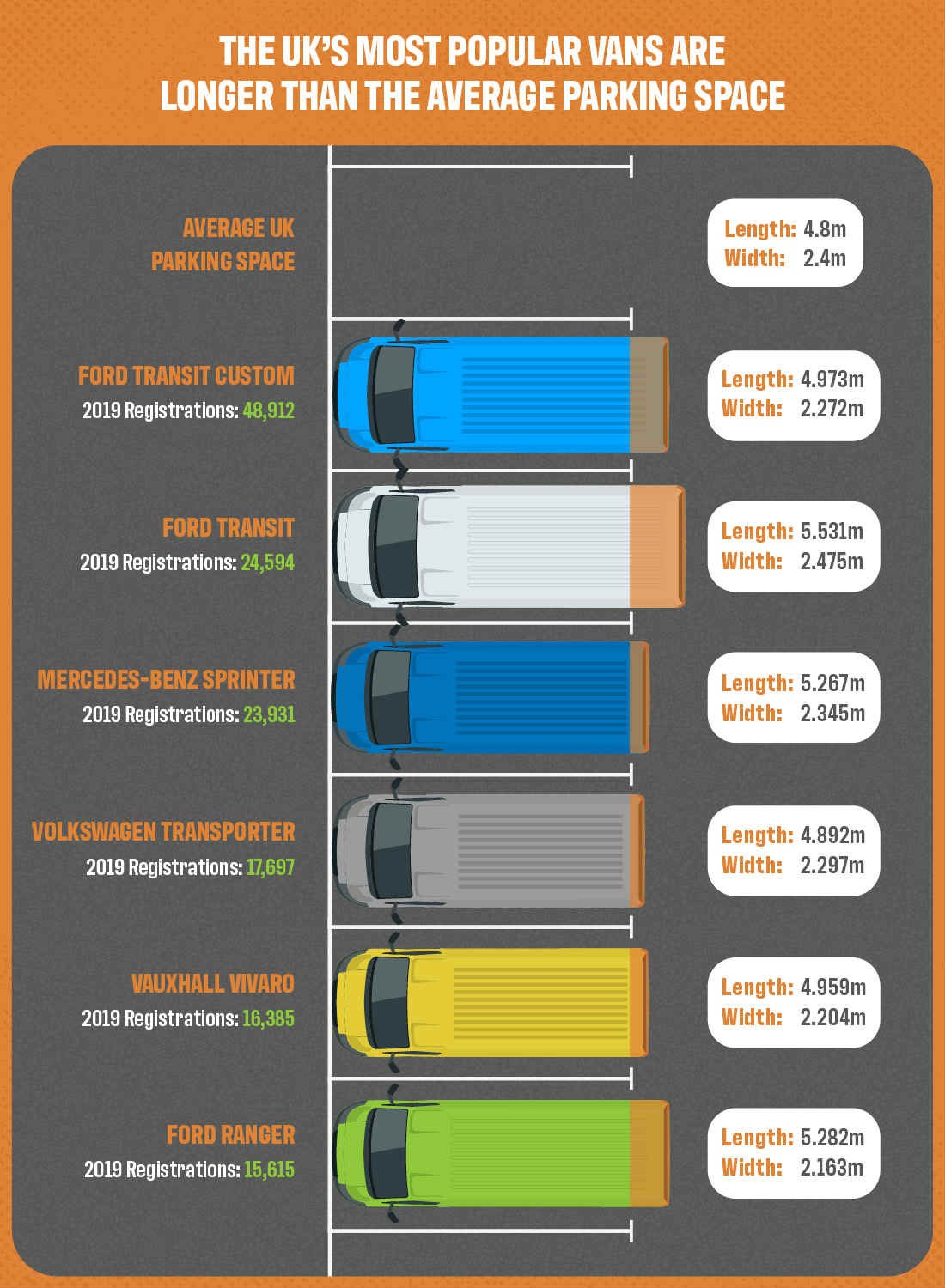 The problem only becomes more pronounced should you opt for one of the larger variants of each model, with the Ford Transit and Mercedes-Benz Sprinter being the most obvious examples. The 4.8m length of the average parking space is eclipsed when compared to the length of the L4 Transit (6.7m) and L4 Sprinter (7.4m) versions. 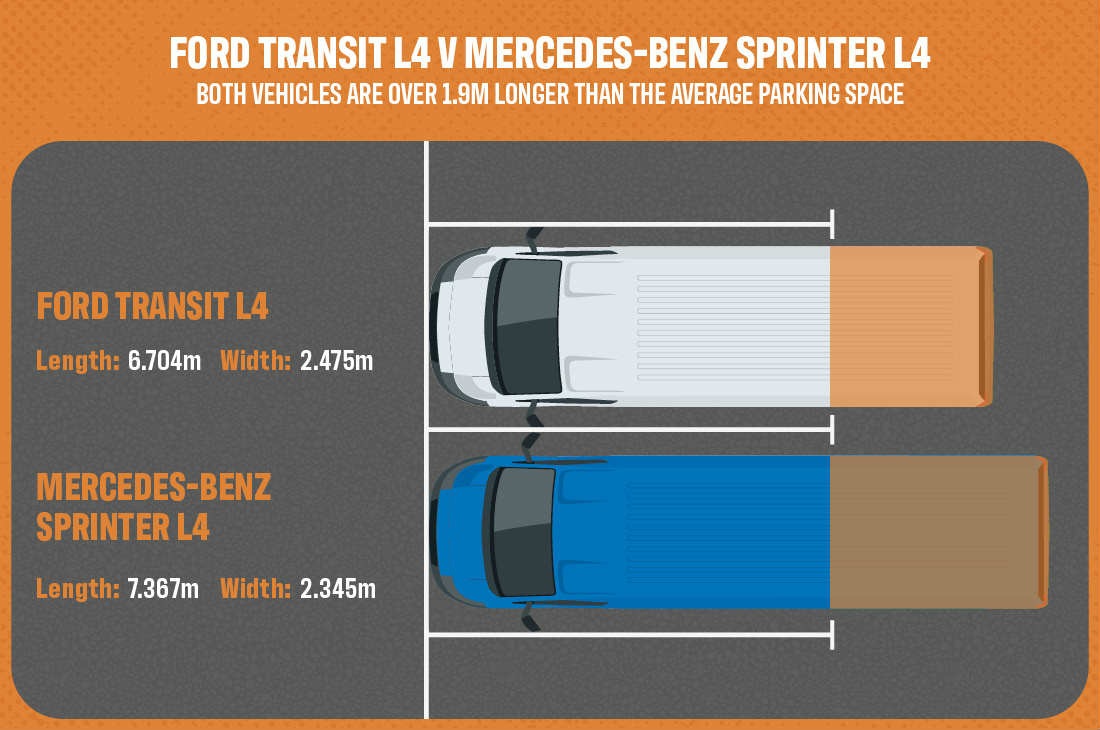 Van drivers have been known to get bad press in the media and on social media for some questionable parking, but our examples above show that they often have no other option as the current parking system is not fit for purpose. To add insult to injury, if the front or back of a commercial van does happen to be sticking out of the parking space, they could face a £50 fine due to not fully being able to fit in. When you're on the road every day, the likelihood and regularity of those fines could begin to stack up.

Not only are parking spaces too small to accommodate commercial drivers, but there's not enough of them, especially on busy high streets. 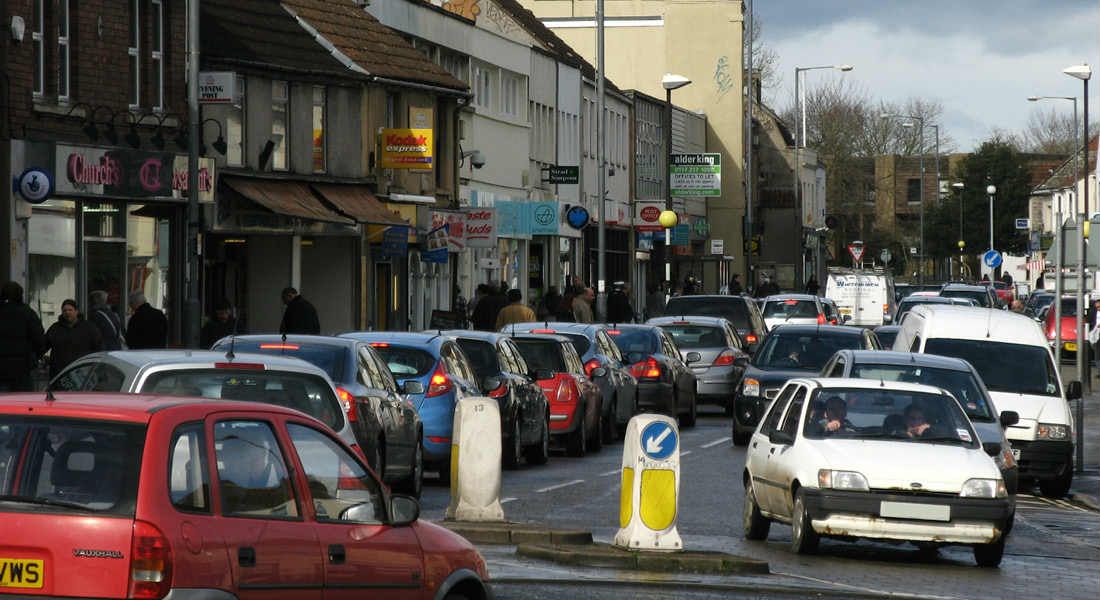 A lack of parking spaces near a customer's premises is a major problem for commercial van drivers, along with a maze of "permit holder only" streets near many drop off points. Suburban high streets are often one of the worst offenders, with a mix of congested roads and busy shoppers creating limited space for parking.

Vanarama took seven popular, busy suburban high streets from around the country and analysed the availability of on-street parking at each location.

The seven locations we analysed are: 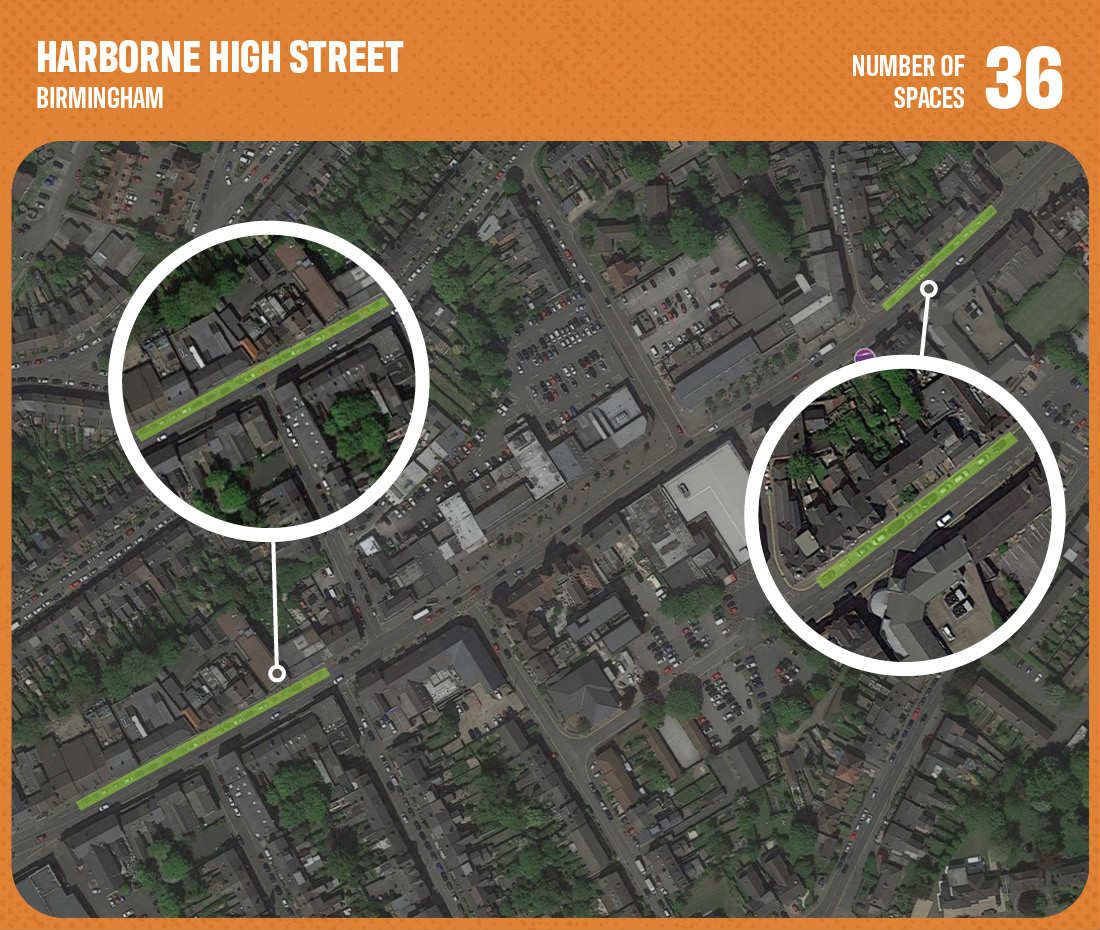 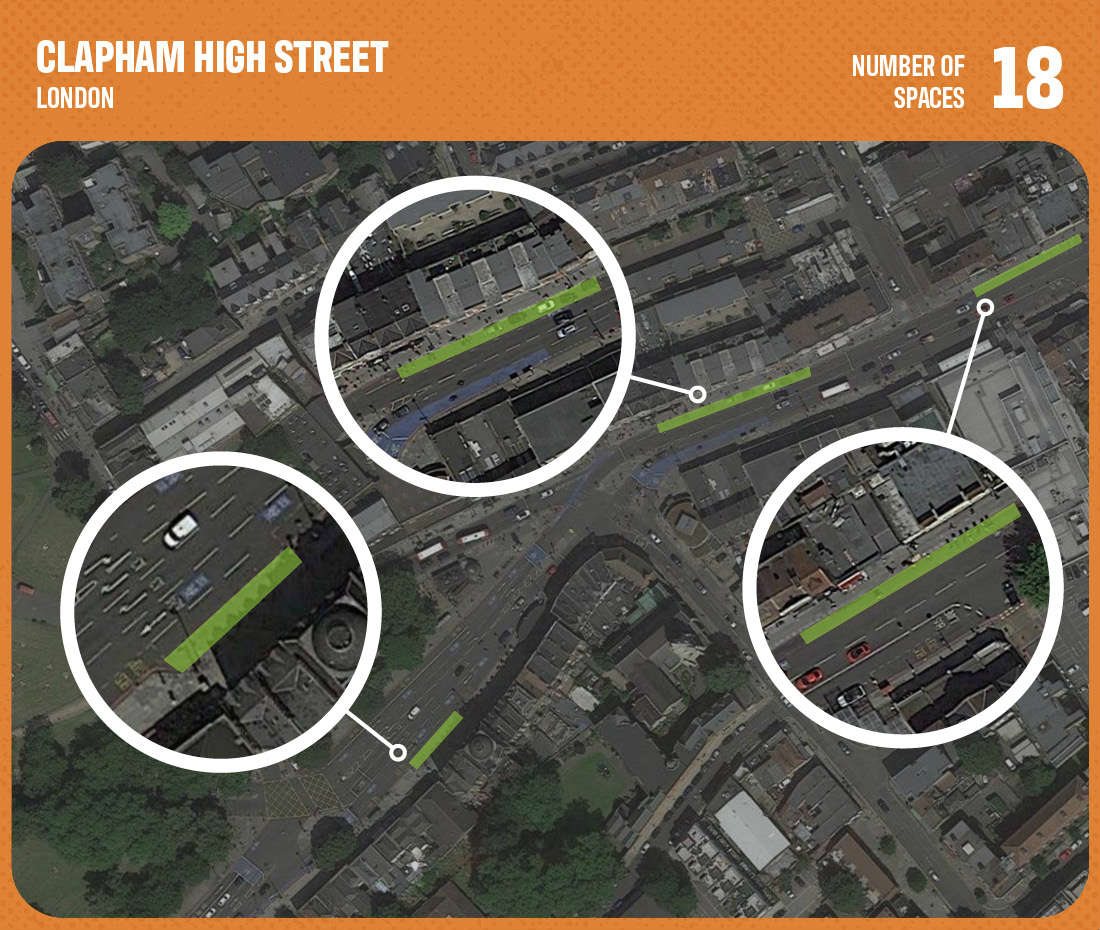 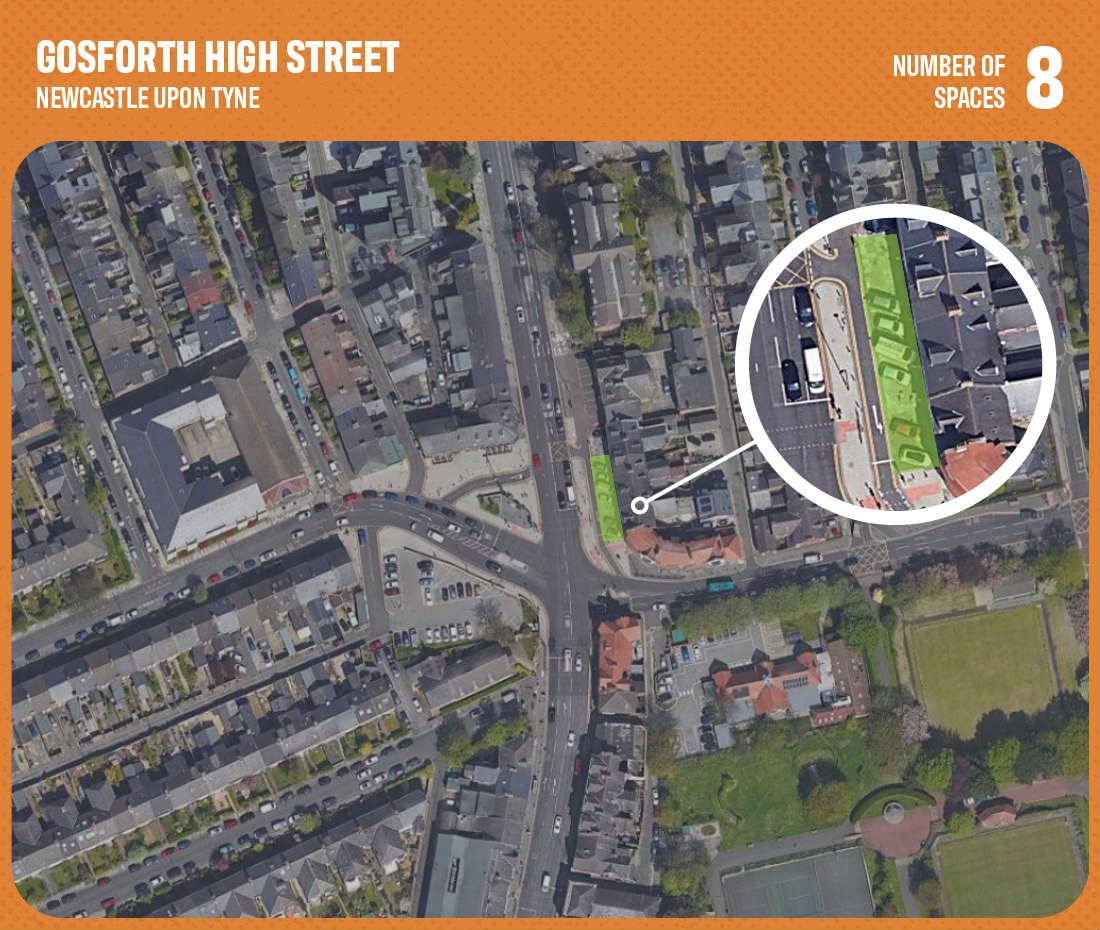 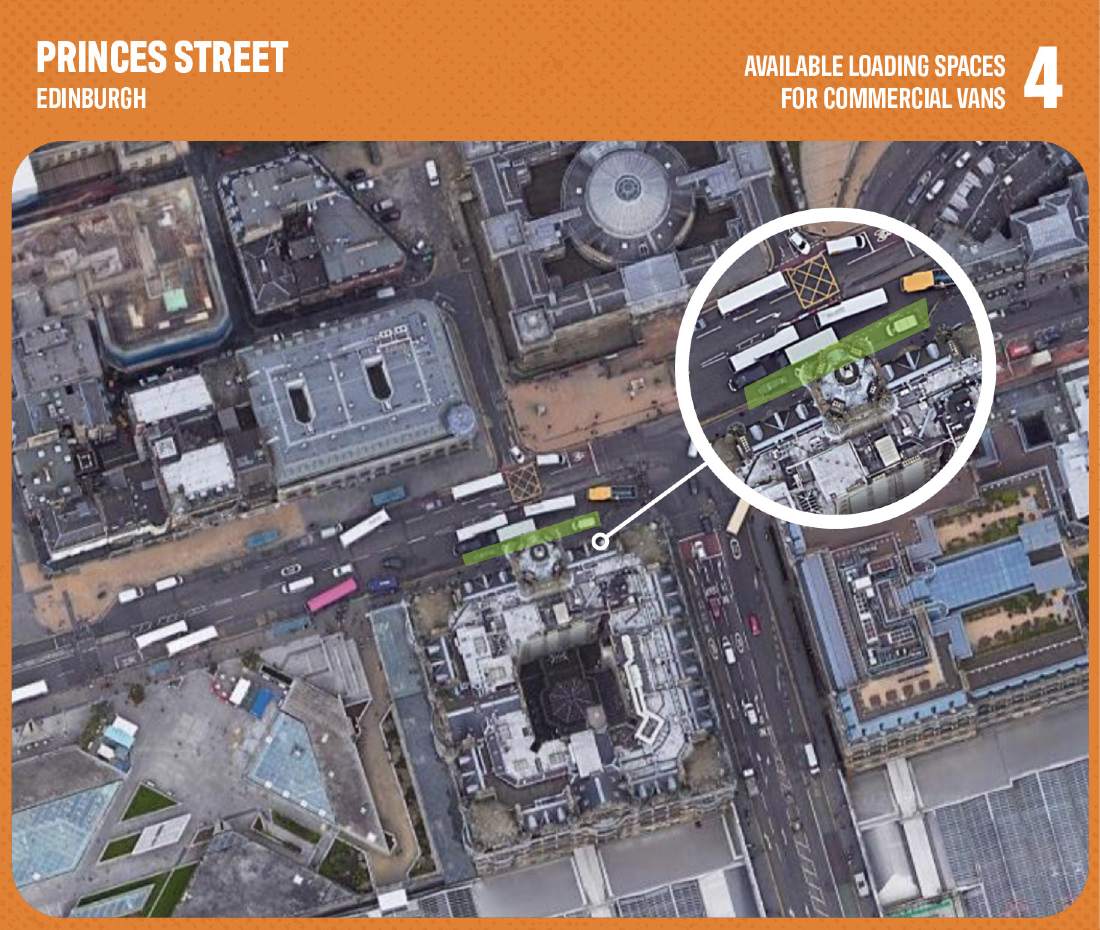 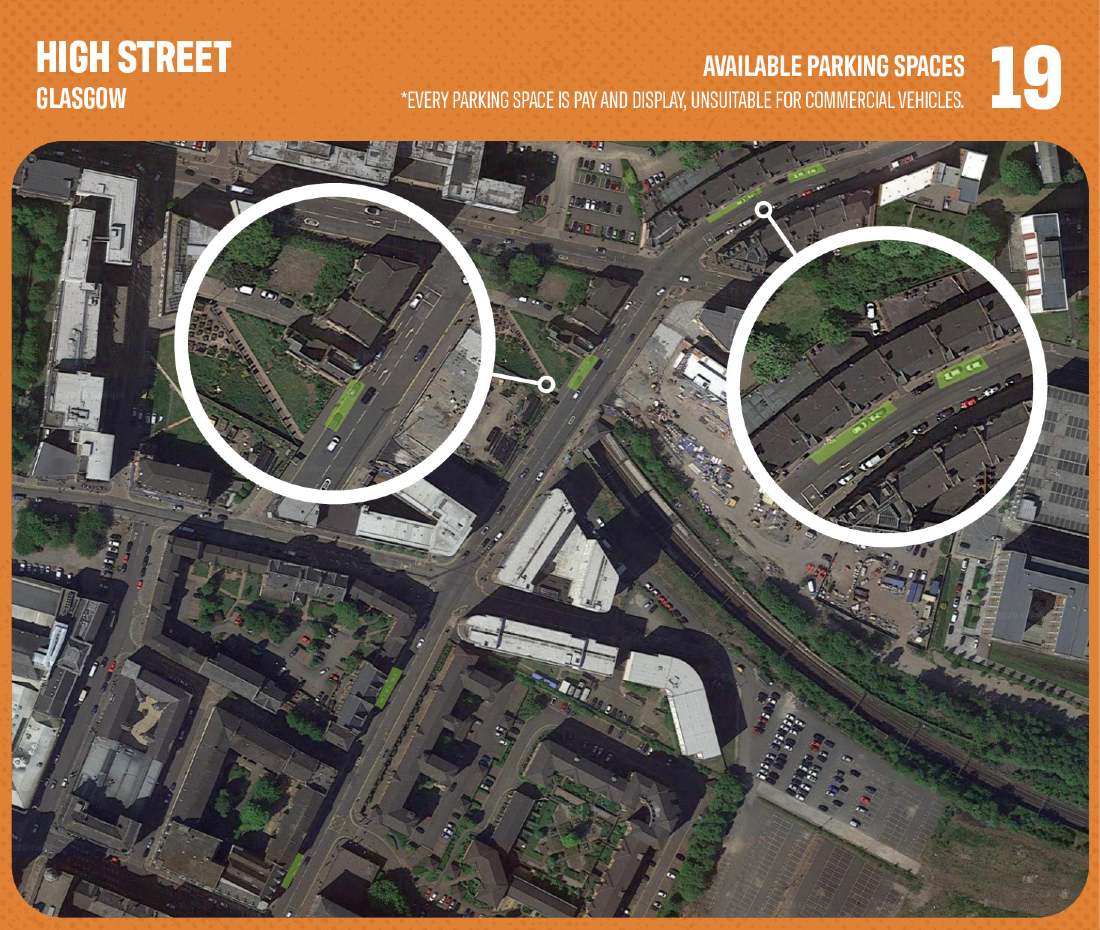 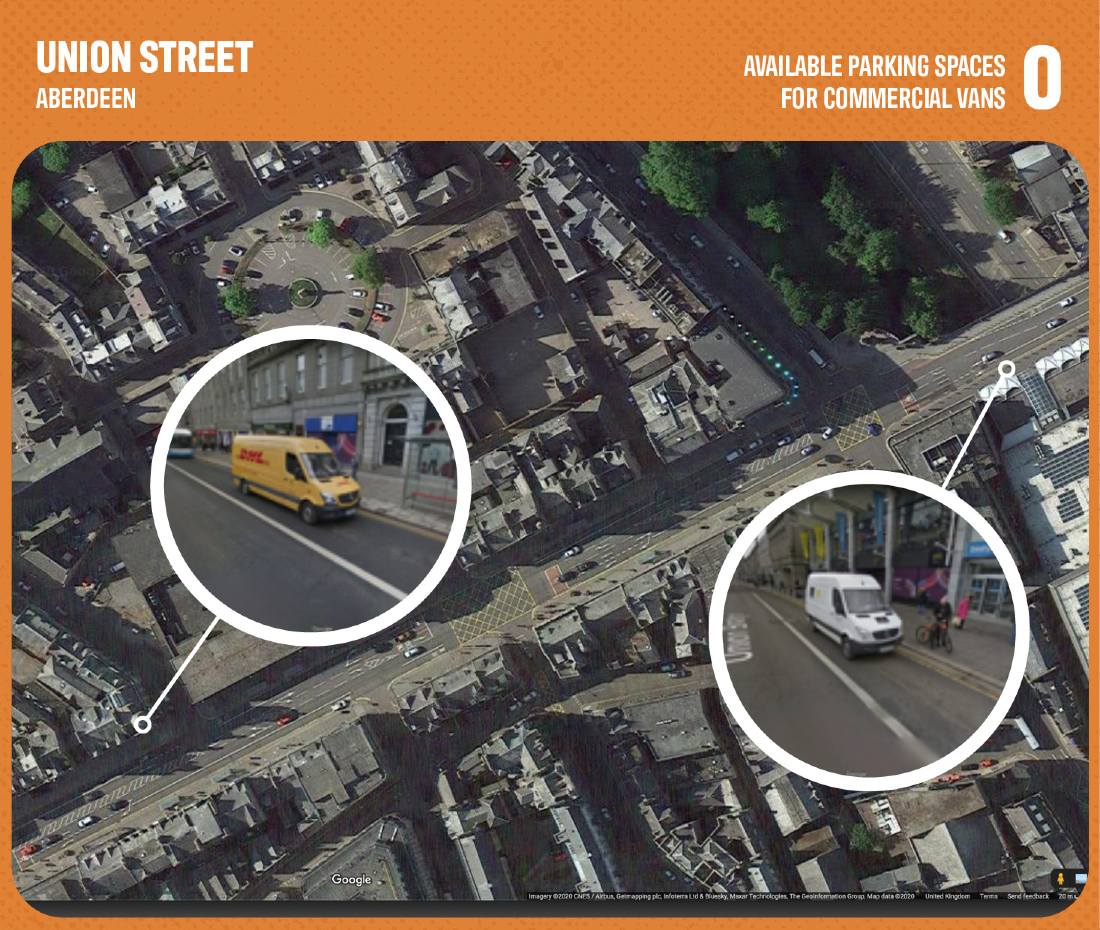 Our research showed an alarming lack of empty spaces for vans to pull into. This overcrowding adjacent to notable UK high streets leaves van drivers at a distinct disadvantage – delaying deliveries and leaving tradesmen with a longer trek to their job.

Almost every parking space highlighted on our maps below has some kind parking requirements in place, whether it be a no parking zone during busy periods, or a maximum one-hour stay space. As the satellite images show, due to the number of visitors to each area, almost every space is taken up by cars leaving little room for commercial vehicles. In total, less than 1% of the total area of these high streets is taken up by parking.

Our research has made it clear; the UK simply needs more parking spaces and in addition, spaces that are purposely made for commercial vehicles to make busy areas more accessible – without being fined!

Commercial van drivers are the backbone of the country with many small businesses relying on them to transport goods or complete jobs, along with delivering packages. It's about time we made things a little easier for them.

If you are looking for a van best suited to fight the commercial parking crisis, head over to our latest van leasing deals where you'll find everything from large transits to compact city vans. Also, don't forget to follow the latest automotive news by bookmarking the Vanarama blog.