Jargon. Buzz words. Acronyms. In whatever form these abbreviations, phrases and words are part of our everyday lives. But the arrival of electric vans has seen some new or unfamiliar terms the meaning of which isn’t always obvious. Vanarama’s Van Expert Tim Cattlin uncovers what’s behind the Top 15 Electric Van Terms...

PHEV stands for Plug-in Hybrid Electric Vehicle. We all probably know by now that a hybrid car or van is 1 that uses a combination of power units, electric and diesel (or petrol). If it’s a PHEV, it means that in addition to the vehicle’s engine being able to add charge to the battery pack, the van can also be plugged into a home or public charger to add electric range.

OK – this is fairly self explanatory when you realise the context. Hybrid vehicles can come in 2 guises. The first is where the van is powered by a combination of electricity and petrol / diesel. The wheels can be turned by either the electric motors or the conventional engine (or a combination of both). In a range extending van, the engine isn’t connected to the wheels at all, it’s purely an onboard generator which is used to charge the battery whilst you’re on the move, extending your range! 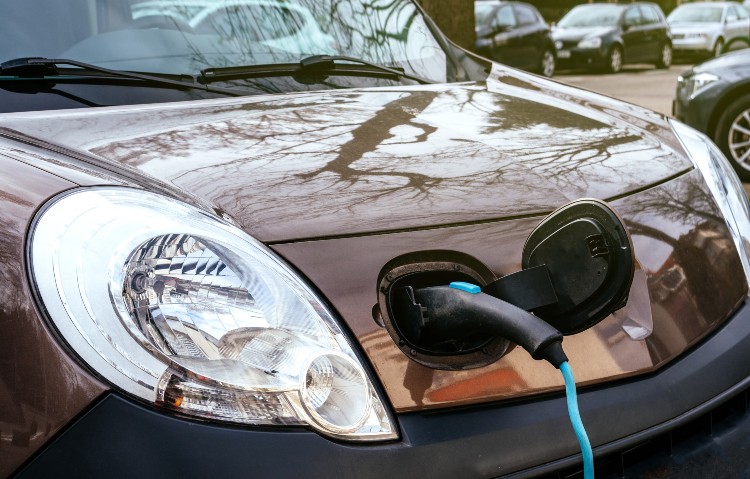 This one is nice and simple. BEV stands for Battery Electric Vehicle. In other words, a purely electric van, not a hybrid.

Things get slightly more complicated here. MHEV stands for Mild Hybrid Electric Vehicle. If we’re honest, it’s perhaps implying that a van is a bit more ‘green’ than it actually is. Typically, a small electric motor with its own dedicated battery helps the conventional engine, particularly in urban operation. The battery is charged purely by regeneration (see number 6 in our chart rundown). The jury is a bit out on how much of an advantage this gives the driver, but modest fuel savings have been claimed by Ford who offers the tech on a number of their van models. 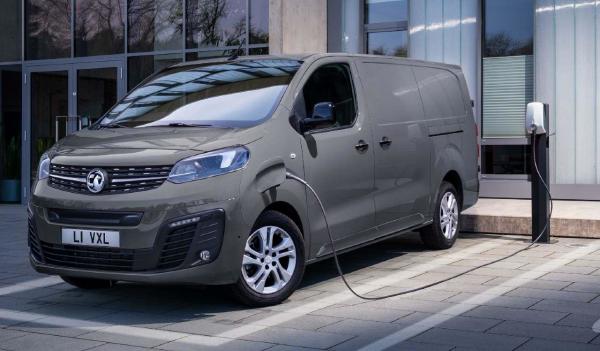 A kilowatt (which is 1000 watts) is a measure of electrical power and is equivalent to around 1.34 of the horsepower that we’re more used to. So, for example the Vivaro-e van produces 134hp from its 100kw motor.

This is how electrical energy is measured, so you’re most likely to see this mentioned in relation to electric van batteries and charge speeds. It’s the equivalent of your old fuel tank capacity in litres. So, if you’re offered a choice of battery packs when you come to lease your new electric van, you’ll see them rated in kWh – looking at our Vivaro example, this van can be specified with either a 50kWh or 75kWh battery option.

CCS (Combined Charging System) is the most common standard for electric vehicle charging sockets. It’s in 2 sections, 1 half is used for domestic AC charging (see below) and both sections are utilised for the faster public DC charge points, typically enabling charge speeds of up to 100kw. The chances are your new electric van will be fitted with one of these sockets, but it's important to remember that the maximum charge rate is governed by the internal charge facility in your van so you might not be able to enjoy some of the fastest speeds offered.

We’ll resist an obvious and probably poor rock band pun. AC stands for Alternating Current and is the type of electricity that we all have at home, and that is used for domestic, overnight electric vehicle charging, typically at 7.4kWh. DC, or Direct Current is used at fast public charge points with, as already mentioned speeds of 100kWh being typically available.

We’re not talking about Doctor Who and his / her regular reincarnations here. Regeneration is a really valuable bonus which is available to the electric van driver. Imagine you’re happily driving along and you start descending a hill. In a conventional van you’ll use your brakes and possibly change down a gear to keep your speed down to an acceptable level. In your electric van, the wheels start to turn the motor, rather than the other way around. This has 2 benefits. Firstly, you’ll find that because of the considerable ‘drag’ effect you’ll have to use the brakes much less (reducing wear). But more importantly, the motors will now start to add power back into the vehicles batteries, effectively giving you free miles and adding to the remaining range. This is known as regeneration.

So, you know you’ve got 40 miles to go before the next opportunity to charge your van. The range remaining on the dash display is 38 miles. That’s true range anxiety but it’s no different to having insufficient diesel left when you’re a long way from the next service station on the motorway. The phrase is used more in the context of a potential buyer of an electric vehicle being put off by the fact that he or she won’t be able to complete a return journey without having to locate a public chargepoint en-route. A long journey on a van with just an 80 mile range between charges may involve multiple lengthy stops to top up the charge, and that’s assuming the planned charge points are available and working. Things are getting much better with vans having longer ranges and an improving charging infrastructure, but range anxiety is a common reason why many van users are sticking with diesel powered vehicles for the time being.

OLEV stands for Office for Low Emission Vehicles and is the government department which is responsible for supporting the adoption of ULEV’s (this is a two for the price of one top 15 entry, ULEV standing for Ultra Low Emission Vehicle). New electric van owners will perhaps become familiar with OLEV as it currently provides the grants towards the cost of home wallbox charge points. 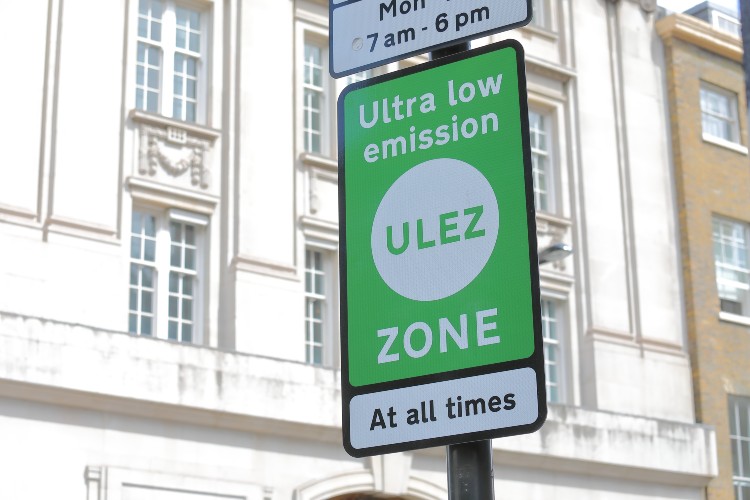 ULEZ = Ultra Low Emission Zone, such as the London one which has just been massively extended. Diesel vans which do not comply with Euro 6 emission standards have to pay a daily charge to enter the zone but battery electric vans are exempt. You can read all about the London ULEZ in our guide here.

This is a new one. Zero Emission Zone. What it says on the tin, any vehicle entering the zone must be fully electric if it’s not to incur a charge. Oxford will see the first of these in early 2022.

Vehicle to Grid – A system which allows a charged vehicle to return electricity to a national grid system, potentially helping in periods of high demand or power cuts. The new Ford F-150 Lightning pickup offers this facility for its customers in its home market of America.

So, now you’re up to speed with the latest jargon, why not head over to the Vanarama electric van leasing page and check out the latest lease deals?