The latest version of the Toyota Hilux is not just a facelift, its new 2.8-litre diesel engine actually makes it the last muscle-packing pickup truck available in the UK. With no clear competition at the powerful end of the market, the Toyota Hilux is now a clear choice for industries that need more than ‘just another pickup truck’. Vanarama Van Expert Tom Roberts reports.

If you ask my camera man which pickup truck is the best on the market, he’ll say the Toyota Hilux. And who could blame him - the answer to that question is based as much on personal feeling as it is on the cold reality of its positive features: the latest version is tough as nails, quiet running, refined and, for a vehicle that still packs leaf-spring suspension instead of coils at the back, it’s one of the most comfortable rides in a pickup truck you’ll ever have.

The Toyota Hilux In Context

Sitting behind the wheel of the Toyota Hilux is an experience all of its own. The first Hilux graced the scene in 1968. Right from the outset it set itself up as a durable truck with excellent off-road capabilities. The version I’m sitting in right now is the facelifted 8th generation of the Hilux at the Invincible trim level.

This vehicle is now packed with more safety equipment, better comfort and improved off-roading. And that’s leaving out the fact that its mean looks are a direct result of a 2020 facelift that wasn’t just about the looks, it actually saw Toyota make a slew of engineering changes and debut a brand-new 2.8-litre engine outputting over 200hp!

Toyota has always been good at spotting gaps in the market - and with the end of the big V6-engine-packing Volkswagen Amarok and Mercedes-Benz X-Class… and Ford removing the 3.2-litre Ranger, the 2.8-litre Hilux is now truly in a class of its own when it comes to big engine power! Well done to Toyota for being pragmatic there. 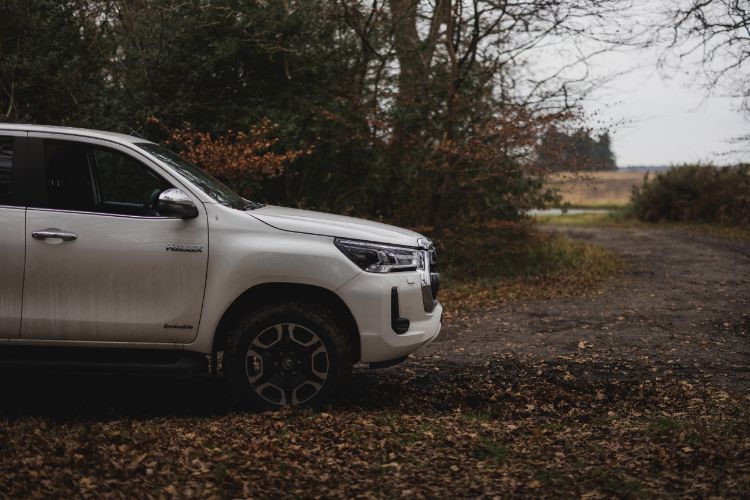 Take a moment to truly enjoy the Hilux from the outside. It’s hard not to like what you see. Pickup truck aficionados have - of late - been decrying how there’s only a couple of pickups still on the market that look like pickups, but the Hilux is one of the proud members of the camp that have held onto them.

The sharp lines on the bonnet frame sweeping headlights and an imposing grille that ooze pickup charm. It looks reassuringly tough. Sweep around the side and take in those enormous wheels - very tough with good tyre size to enable those off-road capabilities. The wheel arches seamlessly link up to the gorgeous door panels which are finished off with the foot bars along the vehicle’s edge.

This double cab version is already imposing and spacious, but the addition of a canopy - more on which later - really makes this vehicle look the business at the business end. You know what? It’s not hard to understand why people - and that includes my camera man - love this vehicle so much. If you asked a child to draw a picture of a pickup truck, it would look like this. And I think that’s why Toyota continues to maintain such a presence in the pickup truck sector - they affect change without losing any of the essentials.

Is The Toyota Hilux A Practical Pickup Truck? 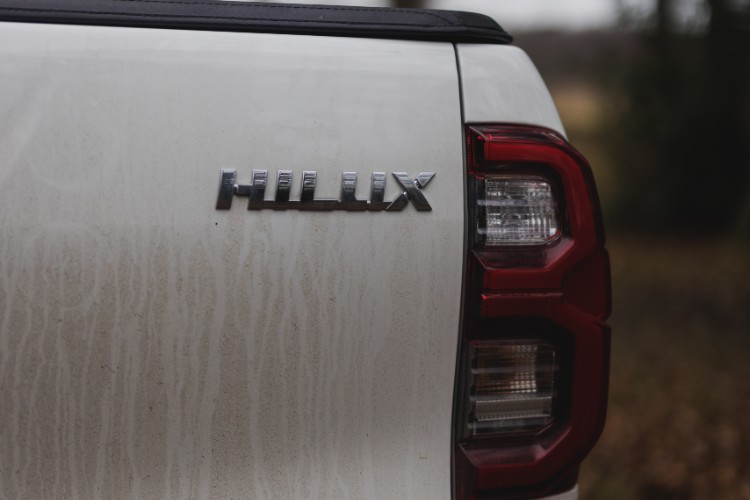 At the back, the Hilux follows the pickup truck guidebook to the letter. It’s about providing as much space as possible, with easy accessibility through the drop-down tail door, and the ability to take some weight. Payloads top out at 1300kg on the single-cab, 1235kg on the extended-cab and 1115kg on the double-cab - which sews up the carrying over a tonne in any version question.

If towing is a priority, then the single cab and extended cab versions are the ones to pick because they can manage 3.5 tonnes braked towage – the double cabs can pull 3.2 tonnes, however, so choosing more room has very little impact on this vehicle’s capabilities. To finish things off, a load liner is pre-fitted and there are four lashing points to help keep your stuff in check. Here’s how the various versions stack up in terms of size. 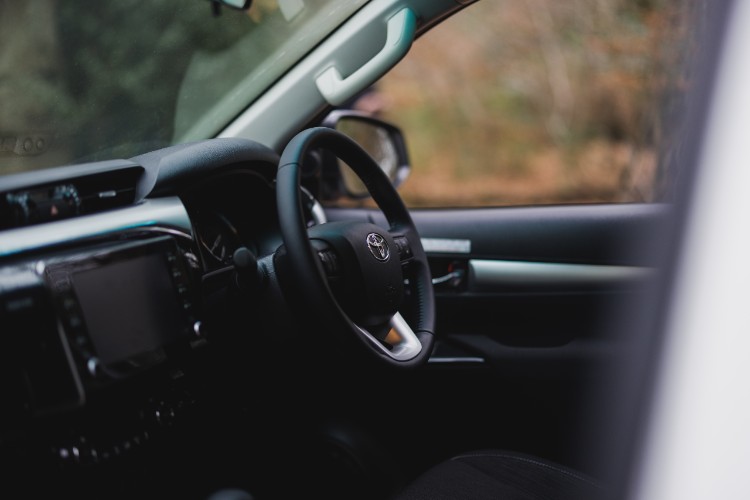 The Hilux interior is really nice - review over. Just kidding, here’s some detail: the entry-level Active trim is the only one offered in all three body styles - it comes with all the basics such as air-conditioning, 7 airbags, heated electric mirrors and rear differential lock. The trick to spotting them is that the bumpers are unpainted black plastic. The other three trim levels - Icon, Invincible and Invincible X - are all Double Cab only. These trims feature a touchscreen infotainment system, DAB digital radio and a reversing camera, among many other additional items at each level.

One of the best things about the Hilux’s cabin is the installation of Toyota’s ‘dash silencer’, alongside sound-proofing in the engine compartment to reduce noise and vibrations. What this means for you is that - alongside the comfy driver’s seat and the excellent driving height - even when you’re really pushing this thing to the max, you will only rarely feel any tremors inside the cabin and the engine noise at cruising speed is surprisingly quiet!

The cabin is also packed with storage and space for passengers. The glovebox is quite big and door storage is ample for bottles of most sizes - just don’t try and stuff champagne magnums in there.

Your passengers will also cope well. Leg and head room in the back is great. Toyota knows that all shapes and sizes need to be catered for - so they’ve made sure there’s plenty of room. They’ve also made sure that passenger storage is easy to access. Overall, it’s a wonderful place to be - relaxing even - and Toyota have really upped their internal engineering. It feels refined and way above what I’d expect. It may be tough as nails on the outside, but on the inside it’s like sitting in an SUV, something Toyota already has significant experience with.

Tom’s Takeaways: If you’re after reliability only, the Toyota Hilux is a great pickup truck. But it’s so much more than that - it's comfortable, handles off-road conditions like a dream and across the range can tow up to 3,500kg!

The 2.8-litre engine - for me - has solved any worries people may have had about the previous Hilux engines being under-powered. This new engine offers users that extra more oomph they won’t find anywhere else now the big-engine trucks have left the marketplace.

I always try to stay as balanced as possible, but I can’t think of anything critical to say about the Hilux apart from the use of leaf-spring suspension over the back wheels. But even that’s not a deal breaker thanks to Toyota’s clever dampening technology.

So what does that all add up to? Simply that the Hilux is one of the very best pickups you can lease to drive in the UK right now. End of.