What Are The Best Vans & Pickup Trucks For MPG?

When you're looking to lease a van or pickup truck, several factors will play a key part in helping you choose which one to go for - fuel consumption is usually one of them. So, we asked Vanarama van expert Tom Roberts to list his picks for the top commercial vehicles by miles per gallon to show you which vans offer the best performance at the pumps.

Return on investment is a key factor when choosing which van or pickup truck to lease & how many miles it will travel on a gallon of fuel (miles per gallon) is an easy way to ensure you're getting a return. There are other factors to consider - is the vehicle the right size, can it carry the right weight, can it be sign written easily, etc - but a strong MPG is something most drivers will be looking for.

Right now, there are a lot of commercial vehicles available with strong MPG scores - advances in engine technology mean that the Euro 6 engines brand new vehicles are powered by are among the cleanest & best-performing engines we've ever had. The list below shows the specific vehicles with the highest combined MPG ratings available right now in each panel van category that I think offer the best value for money, but this is not to say you should choose them over other vehicles.

My advice is to always make your decision based on a vehicle that ticks all of your boxes, not just one. With that said, let's take a look at the vehicles:

Which Car-Derived Van Has The Best MPG? 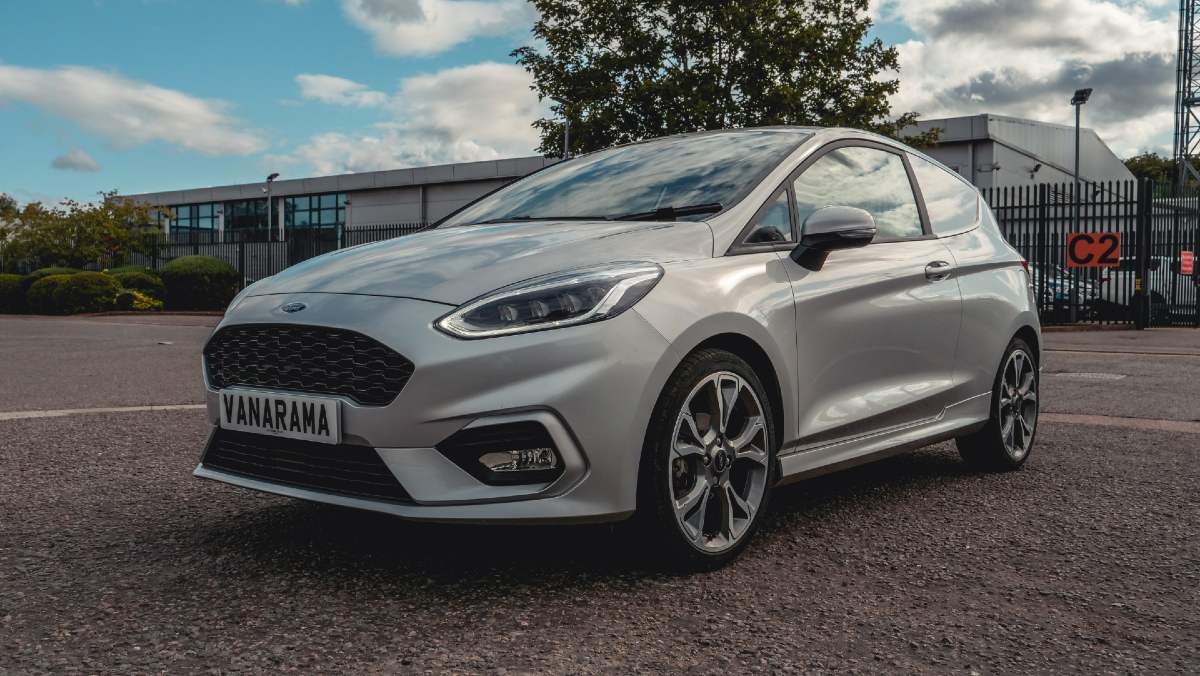 The Car-Derived Van sector is beginning to swell with the announcement that Renault is converting its electric Zoe car into a compact panel van, but the best-known vehicles in this sector are the Ford Fiesta Van & Vauxhall Corsa Van - on MPG it's the Ford Fiesta Van (specifically the derivative noted above) that wins out with a whopping 88.3 MPG.

For me, the Ford Fiesta Van is a compelling choice for tradespeople looking for something super small for pricing runs & quick jobs that require tools only. It's the type of van that makes me think low-weight, low-material trades should consider whether a small van is really what they need & instead take a look at a car-derived van.

If you've seen the Ford Fiesta - you should have, it's the UK's best-selling car - you know exactly what you're dealing with here. The van version has had the back seats removed & the boot space levelled off into a loading bay with a payload hovering around 500kg. Everything you get in the Fiesta car's front seats, you get in the van - it's a simple & effective proposition.

Which Small Van Has The Best MPG? 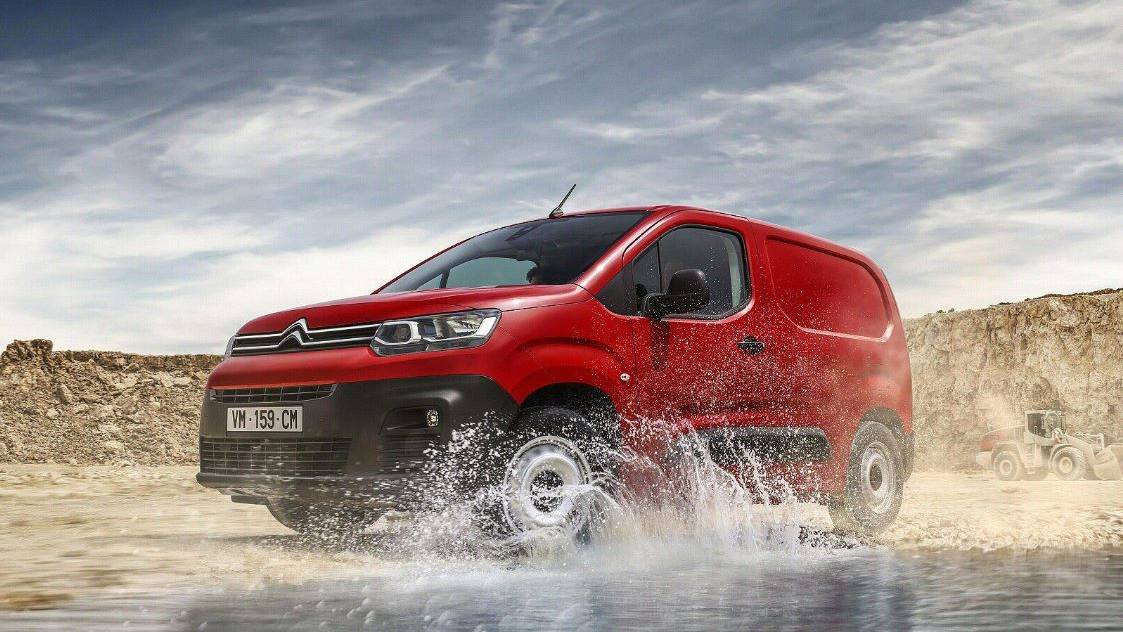 The Citroen Berlingo is a small van that looks like a medium van & drives like a van half its weight thanks to some truly excellent platform development. It's been selling fast since it launched in 2019 to hushed gasps thanks to its excellent engines, huge payloads & brand new look.

When it launched, there wasn't anything quite like it available, then the Vauxhall Combo & Peugeot Partner arrived - both built on the same PSA Group small van platform - before the Toyota Proace City followed in hot pursuit to join their ranks using exactly the same platform! Yes, that's right, there are now four vehicles across this category that are essentially the same vehicle (with brand-specific tweaks).

So, if that's 4 vans using the same small van platform, why is the Berlingo the best for MPG? It's down to the specific derivative named above using stop/start tech combined with an incredibly low vehicle weight. But the Citroen's advantage is not huge, the others all hover around the same MPG - the one you should choose must come down to taste & available options.

Which Medium-Sized Panel Van Has The Best MPG? 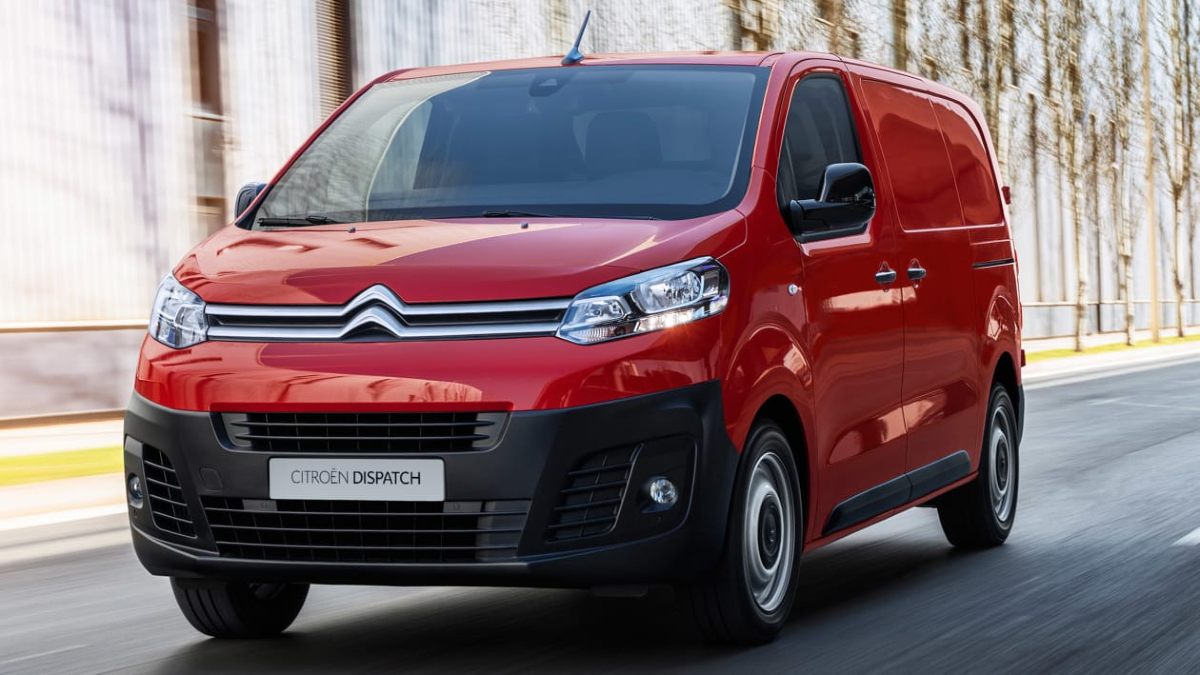 It's another Citroen, this time the medium-sized Citroen Dispatch panel van that comes out top yet again - but not by much. On the combined MPG score, a medium van providing over 50 miles to the gallon is impressive & should be put on your list of prospects immediately.

The question I'm sure many of you are asking now is: "If the Citroen Dispatch is the best medium van for MPG, how is the Ford Transit Custom still the best-selling van in the UK?" It's a fair question to ask & it probably has something to do with the fact that it's one of another 4 vans on the market using the same PSA Group medium van platform - Citroen Dispatch, Peugeot Expert, Vauxhall Vivaro & Toyota Proace.

Having reviewed this van, like all the vans on the list, I can say the Dispatch is an excellent vehicle & definitely worth checking out while you're in the market. However, its interior might not be to everyone's tastes - the cupholders are small (I had to say it) & the bench seat's middle passenger position is cramped in the manual vehicles (gear stick positioning isn't great).

Which Large-Sized Panel Van Has The Best MPG? 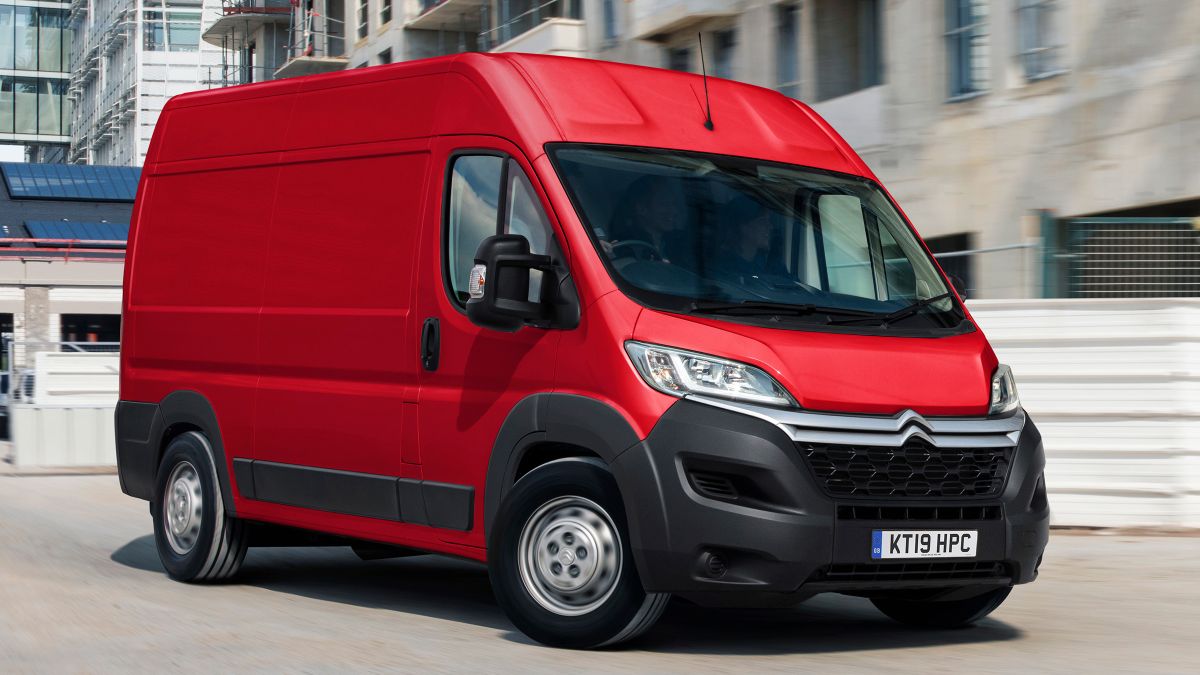 Well, it's another (& the final) Citroen on the list, this time the Citroen Relay large panel van. This was the first large van I reviewed for Vanarama & I don't have a bad word to say about it. It's an excellent vehicle capable of carrying payloads up to 8-17 cubic metres in volume.

The Citroen Relay is an incredibly good-looking van too, with it's sloped front end & mean-looking headlights. The cabin is a comfortable & functional space where drivers & passengers alike will have plenty of space to spread out. This is one of those large panel vans where 3 people can easily fit in the front with no discomfort - there's even a pop-out clipboard mounted on the dash!

I always call the Relay a "full package" large van because it offers users competitive running costs, space & impressively low prices (especially when you lease one). I've spoken to several van-driving friends who said it was hard to choose between this van & the Ford Transit - I completely understand why: they're both cheap to run & cheap to drive.

Which Pickup Truck Has The Best MPG?

Citroen doesn't have a pickup truck which means the Mitsubishi L200 Series 6 pickup truck steals this category! This is the vehicle I've done it all in - I've driven it through very deep wheel-clogging mud, up a snow slope, in rain, on roads, to my Mum's, to Cost-Cutters, etc, you get the idea. I know from experience that this vehicle is incredibly dependable. It also boasts class-leading total load capacity in its loading bays & thanks to its excellent towing capabilities.

The latest Series 6 L200s feel far more refined than the Series 5s, which always felt a bit cobbled together (even at the higher trim levels). There's no more worrying about that because Mitsubishi have made the whole package feel designed from the ground up. There's less "bits of other Mitsubishis" in here & more "designed for the L200" components - even the engines & traction control systems have been upgraded, & the AdBlue tanks are some of the largest you'll find on commercial pickup trucks today.

As I said, I've done it all in the Series 6 Mitsubishi L200 & I've never once been let down by it. Here's a secret - remember that snow slope video we made last year about the L200 being amazing? We actually took 2 other pickup trucks from other manufacturers & they couldn't hack the snow - the L200 didn't break a sweat.

Citroen seems to have a firm grip on MPG, but you can see that all of the vehicles above offer drivers excellent returns on investment in the shape of some very strong MPG ratings. They're efficient, cost-effective machines that will run reliably without hitting your wallet at the pumps - leasing one will also make it even more affordable.

However, while these vehicles may have the highest MPG scores right now, in most cases they're only a few miles away from a competitor & they might not tick other boxes for you. Take the Ford Transit Courier as an example, it has an excellent MPG score, but might not be large enough or capable of carrying the right weight for your business needs. The Citroen vans too may have huge MPG scores, but that doesn't mean they are the van you should be driving.

In summary, while MPG should be a key factor in deciding which van to drive, it shouldn't be the only reason you pick a particular vehicle. Weigh up all the factors that will make a difference to your business, choose the vehicle that ticks the most boxes & you won't go wrong. Happy hunting!

If you want to know more about these leading economical vans, why not take a look at our in depth reviews or for top deals check out our latest van offers