In-car infotainment systems are quite a divisive matter. On one hand, they’re one of the main areas of progress in modern cars, featuring technology that sometimes seems implausible and truly enhances the driving experience (augmented reality satnav, anyone?). But on the other hand, there’s an argument that with every new complication, intuitiveness and usability take a backwards step. And ultimately that’s a safety issue.

The reality is, as always, somewhere in the middle. It’s true that some touchscreen systems are less intuitive than others, but in-car digital infotainment is actually a very recent technology and car manufacturers are getting much better at it, and quickly. So, here are 5 of the best systems you can get today. 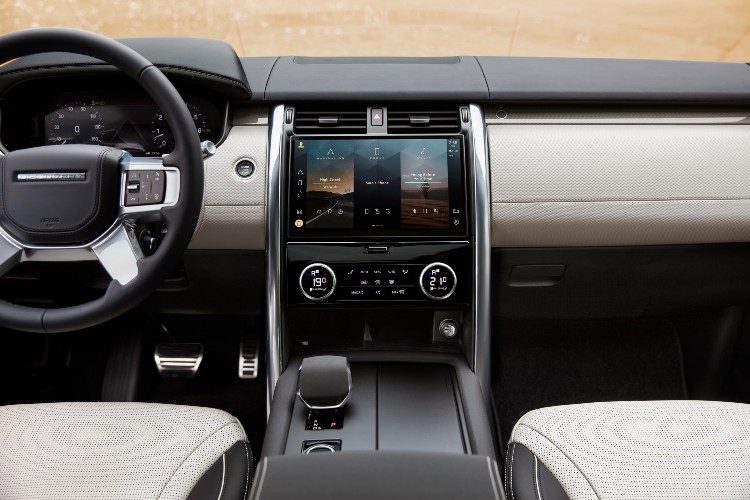 For a start it’s powered by its own battery, which means it doesn’t rely on the car’s main unit and loads up almost instantly. Jaguar Land Rover designed the software interface so that almost any function can be accessed using 2 taps on the screen at most. Available across all Jaguar and Land Rover’s latest models, the screen is clear, the interface is pretty, and there are shortcut tiles on the left of the screen at all times. And the air-con controls are housed on a separate unit, rather than being buried in the software. 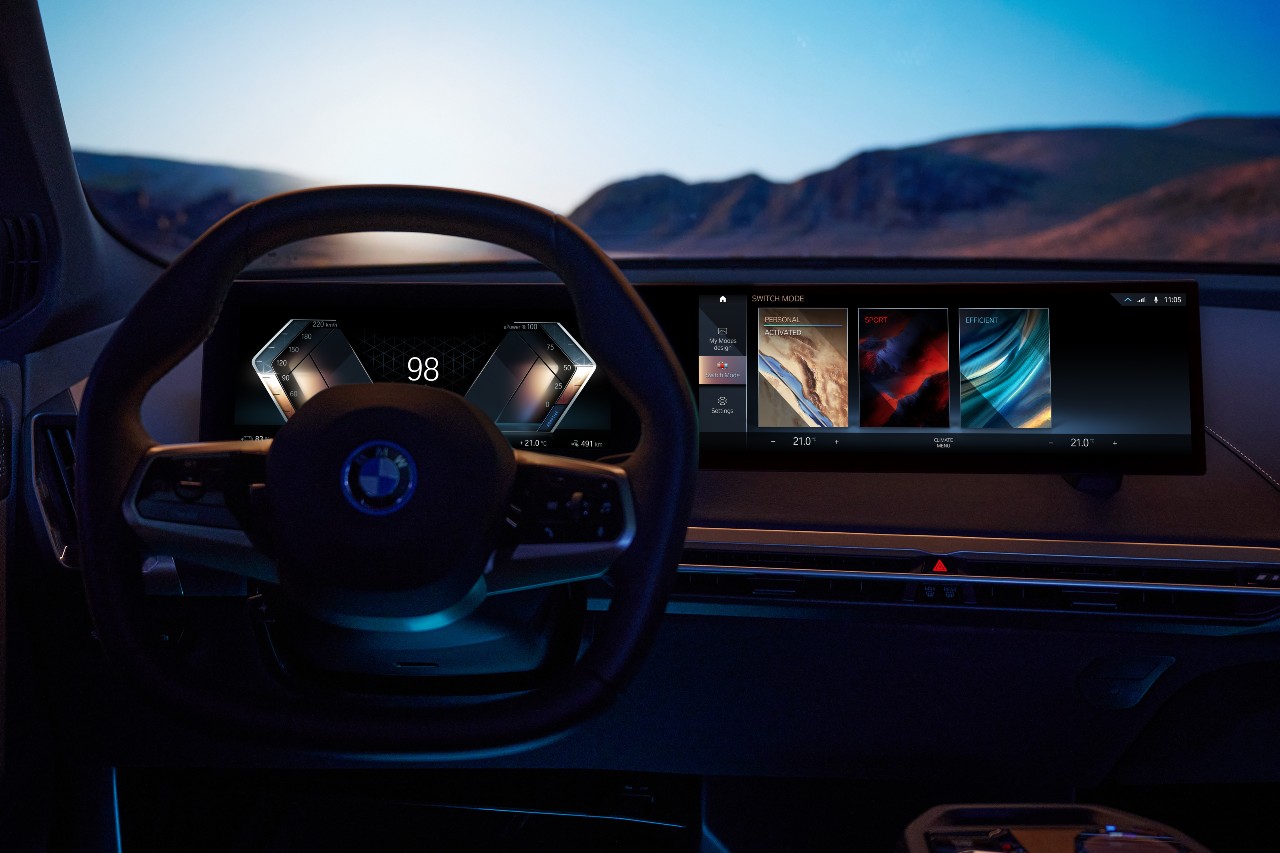 BMW’s iDrive setup was arguably a victim of its own innovation when it launched in 2002 with the 7 Series. It was a completely new way of approaching in-car functionality, placing all the major functions on a scroll wheel linked to a 9-inch digital display. Problem was, it was new and different and confusing and it therefore got a bad rap.

BMW stuck with it though, thankfully. We’re onto the 8th version of it now, and over the last 2 decades it has been refined to the point that it’s arguably the most intuitive in-car infotainment set-up on the market. A scroll-wheel-cum-touchscreen hybrid these days, iDrive sticks with physical home buttons around the scroll wheel but also has the option to use ‘swipe and press’ functionality on the screen itself. It’s missing the row of shortcut buttons that the last generation system had, but because the software is so good that’s not too big a deal. 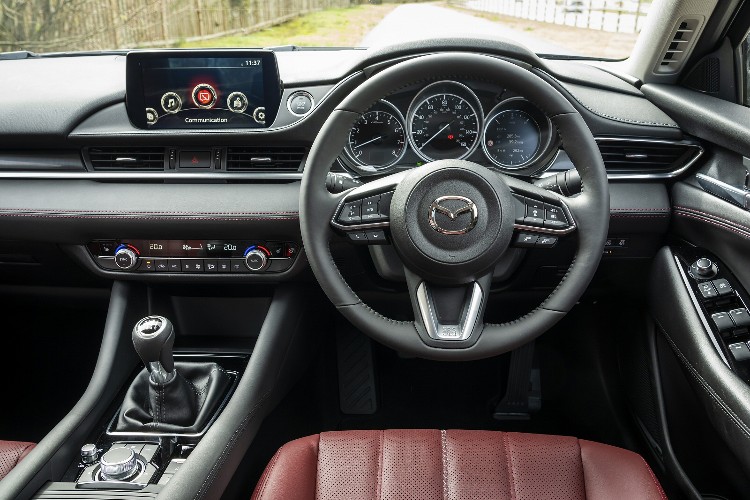 Mazda Connect is a proper example of function over form. To look at the simple scroll wheel controller, and the basic monochrome graphics on the screen it's linked to, it feels like stepping back into Gameboy territory at first. Thankfully it’s all about usability, one of those systems that just makes perfect sense from the moment you use it.

Mazda designed the scroll wheel in the centre console to be ‘operated entirely by feel’, which seems an obvious thing to do in a car but you’d be surprised how many systems don’t work that way. That’s why the onscreen menus are clear and simple, and at any point there’s a way to return back to the home screen, all without prodding furiously at icons on a little dashboard screen. Safety first. 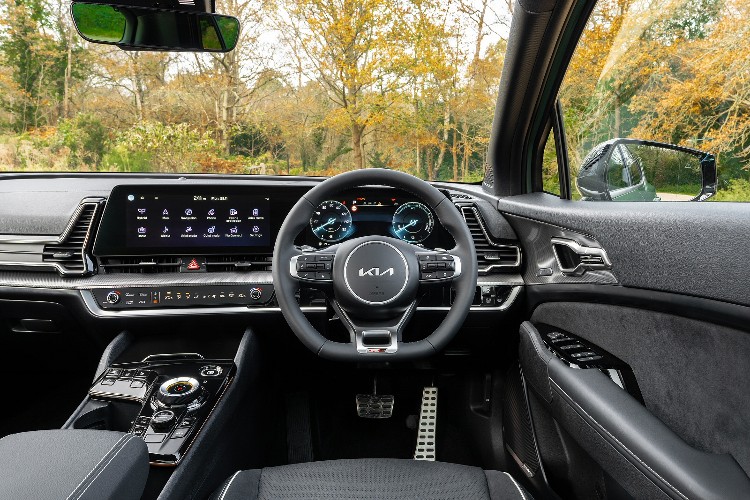 Thankfully Kia’s software and UI (user interface) engineers are more creative than the marketing people who came up with the name ‘Kia Connect’. Possibly after a visit to Mazda HQ. Anyways, Kia Connect is the newest set-up on this list, and it feels that way. It sees 2 panoramic screens sat side-by-side (as per the Mercedes system since 2015, but we’ll let that go too) which work together to give the driver all manner of information but in a generally concise way.

The software on the infotainment screen can look a little overwhelming at times, owing to how much information it presents, but it’s easy to use and it isn’t laggy. But the best thing about Kia Connect is the haptic panel underneath the central screen, which acts as both a shortcut hub for functions like the nav and the radio, but also as the air-conditioning unit. You just have to press a little button and its functions instantly shift. It’s clever, it works well and it looks cool. 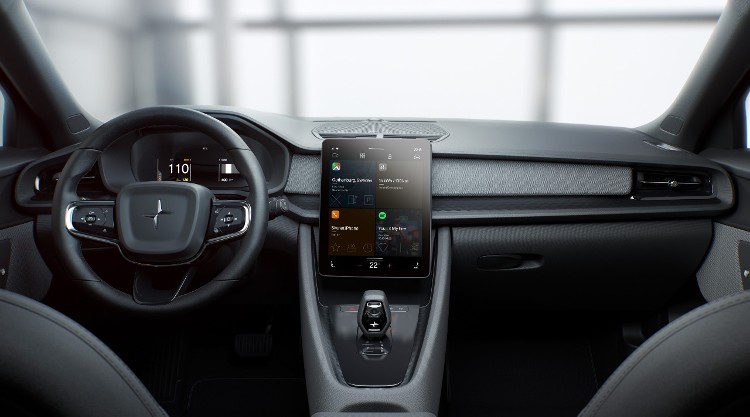 The Polestar 2 was not only the brand’s first full EV, it was also the first car in the world to be, in the company’s words, ‘powered by Google’. Sadly that doesn’t mean it’s powered by videos of cats playing piano, but instead it has infotainment that Polestar (Volvo, that is) co-developed with Google, based on the Android phone operating system.

So you get an always-online system with the same sort of smart intuitiveness as a smartphone, and all displayed on a huge tablet-style central touchscreen. It’s not without issues – if Google Maps loses its data or signal, then you lose your navigation – but it’s just a really clever system that’s integrated into every part of the car. Hook your Polestar to your phone, and it’ll recognise who you are and adjust the driving position and mirrors accordingly, as soon as you get in. It has some of the best voice recognition in the business too.

More on Cars
Tesla Model 3 Vs. Polestar 2
We put these two electric superstars up against eachother, read more to see who comes out on top...Read More
The Best Electric Cars In 2022
2022 will be packed with new, cutting edge electric cars. Find everything you need to know about this year's best new EVs.Read More
The Top 10 New Cars To Look Out For In 2022
Dozens of freshly launched new cars will hit road during 2022 - find out which new cars and EV's you should be most excited for.Read More