It’s the battle of the chic French family crossover-SUVs this time around, as Peugeot’s 2 smallest high-riding models square up to each other. So, which should you choose – the more compact 2008, or the slightly grander 3008?

Which Is The Newest Model Of These 2? 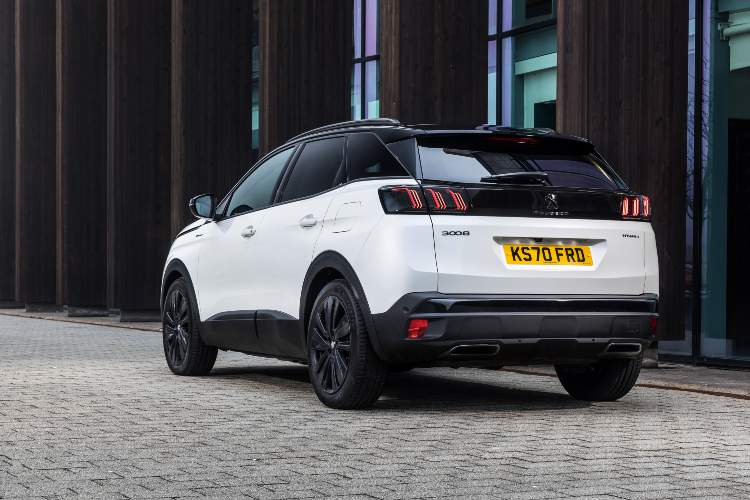 In terms of both this generation and the history of the nameplate in question, it’s the 2008 which is the freshest Peugeot product. The 3008 appeared originally in the year 2008 (ironically enough) and the Mk2, which we’re looking at here, followed up in 2016. That means it has been around long enough in this format to have had its midlife facelift, which landed in 2020.

The 2008, meanwhile, launched in 2013 as a Mk1 and this sharp-suited Mk2 then came out in 2019. It is also the crossover-SUV which has stayed truest to its original form, as the 2008 Mk1 was a chunky, high-riding thing just like this second-gen car. Whereas the 3008 Mk1 was actually more of a multi-purpose vehicle (MPV), like a Renault Scenic or similar. It metamorphosed into a crossover-SUV during the switch from Mk1 to Mk2 and, in our opinion, became all the better for that change.

Is Either Of Them A 7-Seater? 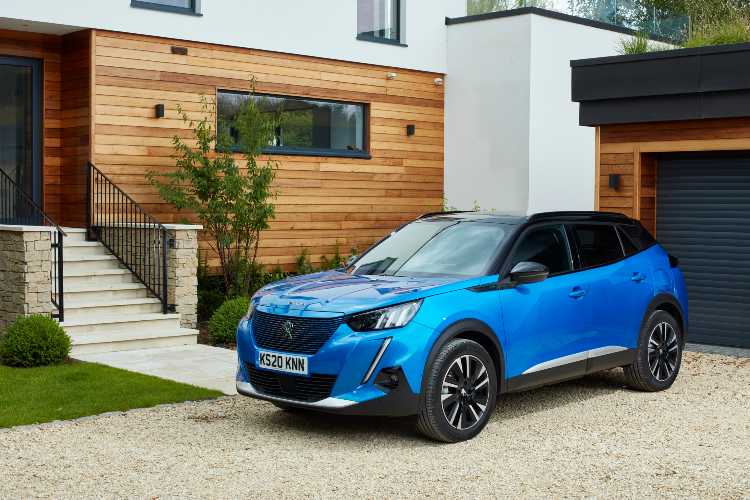 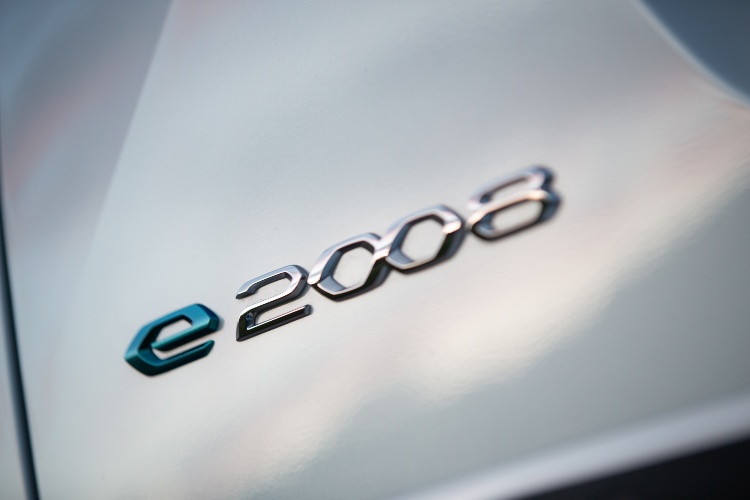 Both do, although 1 of the model lines has only a pure electric vehicle (EV) choice and no hybrids, while the other has plug-in hybrid (PHEV) selections but no EV. And it’s the smaller 2008 which is the zero-emission car – the E-2008 looks almost identical to the models with internal combustion engines (ICE) under the bonnet, only it has a 100kW (136hp) electric motor and a 50kWh battery pack. It’ll do up to 214 miles per charge.

But if you don’t fancy an all-electric version, then the 2008 range comes with 3 petrol choices (all 1.2-litre 3-cylinder turbocharged PureTech engines, either with 100-, 130- or 155hp) and a solitary turbodiesel (a 1.5-litre 4-cylinder BlueHDi with 110hp). All 2008s, be they ICE or EV, are front-wheel drive, and for the petrol/diesel cars a 6-speed manual transmission is the norm, with the 130- and 155hp PureTechs coming solely with an 8-speed EAT8 automatic. The E-2008, meanwhile, has the usual ‘gearbox’ of an EV in the form of a single-speed reduction unit.

Moving to the 3008, it uses the same 2 turbocharged ICE engines – a 1.2-litre PureTech petrol 3-cylinder and a 1.5-litre BlueHDi diesel 4-cylinder – but here, they both make 130hp across the board. Either one comes with either the 6-speed manual or the 8-speed EAT8 automatic gearbox, and all are front-wheel drive. There are then 2 PHEVs, known as the Hybrid 225 and the Hybrid4 300. These team a 1.6-litre PureTech 4-cylinder turbo petrol engine to either 1 (Hybrid 225) or 2 (Hybrid4 300) electric motors, for either peak outputs of 225- or 300hp respectively, which is where the cars get their name from. The ‘4’ in the latter PHEV’s make-up is also worth noting – thanks to its twin motors, it is the only 3008 with all-wheel drive; the 225 is front-driven, like its pure-ICE relations. Both ‘Hybrid’ PHEVs have an electrically optimised version of the automatic gearbox known as the e-EAT8.

Which One Has The Best Cabin? 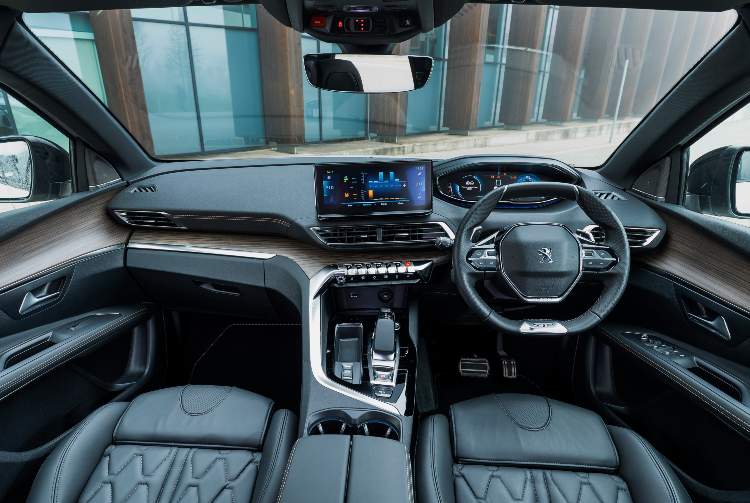 Both have excellent interiors, complete with Peugeot’s trademark extravagant dashboard design and ‘iCockpit’ layout, which requires a small steering wheel and a high-set instrument cluster. But, for us, the 3008’s cabin just edges the 2008’s. It feels better quality throughout and the way the passenger-side fascia sweeps around the transmission tunnel is a little classier than the 2008’s plainer affair – the 3008 also has better ‘piano-key’ buttons on the central stack, too.

Plus, the 3008 is – as the larger crossover of these 2 – the more practical, although choose carefully in this regard. As standard, the 3008 has 520 litres in the boot with all 5 seats in use, rising to 1482 litres with the second row folded away. The 2008, meanwhile, makes do with 405 litres when there’s a full complement of humans onboard, although its 1467 outright litreage is just 15 litres shy of what the 3008 can swallow.

However, plug-in fans need to know that the 3008 Hybrid models have to sacrifice boot capacity due to the placement of some of their PHEV hardware, reducing the numbers to 395-1357 litres overall. The E-2008, however, sits on a platform designed from the start for electrification, so it loses no boot capacity at all when compared to its ICE stablemates. Therefore, if you compare the EV 2008 to the PHEV 3008, it’s the smaller crossover-SUV which has the marginally larger boot, believe it or not.

Which Is Best To Drive? 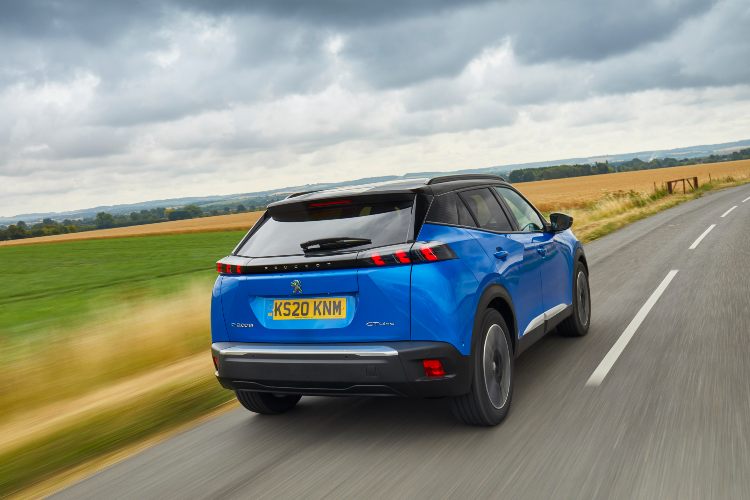 Despite being physically larger and typically heavier across the board, the more enjoyable vehicle of the 2 of these is the 3008. In fact, the bigger Peugeot is one of the most engaging and fun crossover-SUVs of them all in this regard… provided you pick the pure ICE models, that is. The two Hybrid PHEVs, despite having the most power and on-paper performance (especially the 300hp AWD variant), have large kerb weights and therefore don’t feel as ‘alive’ in the corners, nor do they ride with quite the same grace and fluency. But a good PureTech 130hp petrol 3008 is superb to steer.

The 2008 is still pretty good, but it doesn’t quite have the sharpness of its big brother, certainly if you’re comparing ICE models to ICE models. Again, though, the E-2008 version manages to make a better fist of accommodating its electrical nature than the 3008 PHEVs. Even though the E-2008 is nearly 350kg heavier than the lightest ICE 2008 in the range, it still feels almost every bit as good for handling and steering. So, what we’re saying here is, if you want an ICE Peugeot crossover-SUV out of these 2, go for the 3008 for the best driving experience – but if you want a plug-in version, the E-2008 is arguably better than the 3008 Hybrid/Hybrid4 models. 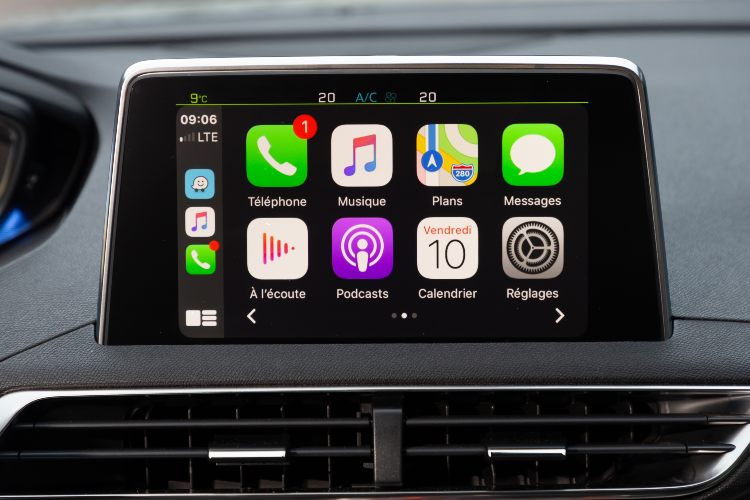 Good from base model upwards, on both Peugeots, especially in terms of advanced driver assist systems (ADAS) for safety, but there are some key differences and a few spec anomalies. Generally, the 3008 has the better equipment levels at certain levels, offering various desirable bits of kit at lower trim grades than the 2008, yet there are still some exceptions to this rule – most notably in terms of parking sensors.

Anyway, the 2008 is sold in 4 specifications: Active Premium, Allure Premium, GT and then GT Premium. Before we get into the equipment, it’s worth knowing that, for ICE powertrains, only the 100hp petrol and 110hp diesel are available at base spec, with the 100- and 130hp petrols and 110hp diesel at Allure Premium grade. Above there, the GT comes with the 130hp petrol, while the GT Premium offers leasers the choice of either the 130- or 155hp petrol engines. The E-2008 is available in all 4 specifications, if you’re wondering.

Moving to the 3008, it has 5 specifications, which are the same as the 2008’s but there’s also a plain ‘Allure’ specification between base Active Premium and the mid-level Allure Premium.

Which One Would You Recommend? 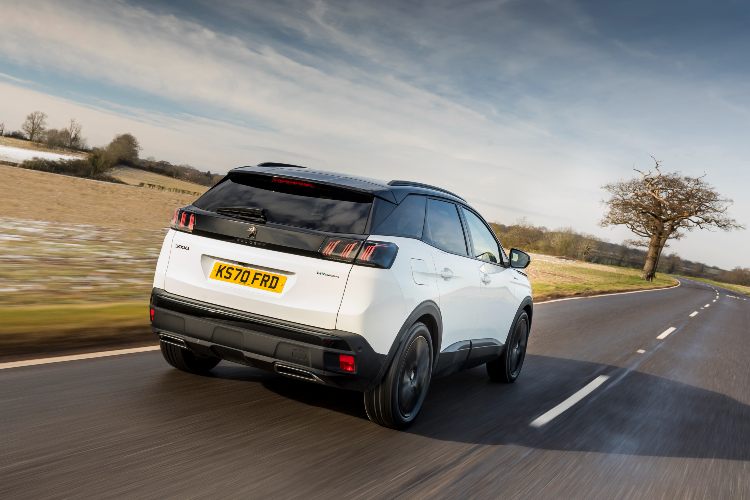 Both are excellent in their respective automotive classes and both have their strengths. For instance, if you live in congested urban areas and you only have a small parking space or driveway/garage area, or if you want a pure-electric crossover-SUV from this French manufacturer, then you have to be looking at the 2008. And you won’t be disappointed with it in the slightest – few things in its class are as good as the Pug.

But if you were asking us to choose out of the 2 of them, we’d advocate going for the bigger 3008 – with the caveat that the expensive, heavy and less practical PHEV Hybrid models are perhaps not the best option. However, a 1.2-litre PureTech 3008 in GT specification should do everything you could possibly want a family SUV to do, only with an added dash of flair and driving enjoyment that is all too rare in this market sector. The 2008 is very, very good… but the 3008 is genuinely brilliant.

Head here for the latest Peugeot 3008 leasing deals or take a look at our 2008 offers.

Peugeot 3008 Review
Is the Peugeot 3008 the best family crossover on the market? Mark Nichol finds out... Read Review
Peugeot 3008 Colour Guide
Pick your perfect Peugeot 3008 colour with ease thanks to our in-depth guide.Read Guide
Peugeot e-2008 Vs. Peugeot 2008
Our car expert takes a look at the petrol vs electric versions of the Peugeot 2008. Read More