There’s an absolute glut of midsized crossover-SUVs out there at the moment, so you’ve got masses of choice if you need something with a high driving position, a big boot and 5 seats.

But how about we narrow it down for you, to 2 of our preferred choices? One is the Peugeot 3008, a sharply styled machine which is guaranteed to get you noticed. However, for those who like to fly underneath the radar, perhaps the Honda CR-V is a better bet? Either way, you’re getting a damned fine midsized SUV with 1 of these 2.

Can We Kick Off With The Peugeot? 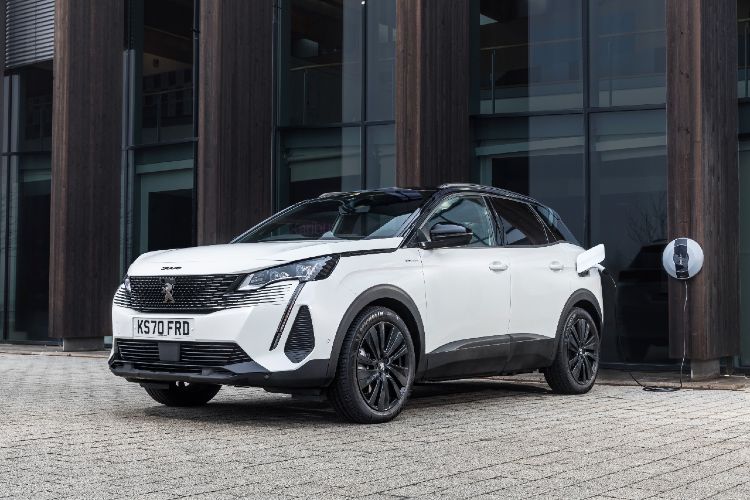 We most certainly can. This is a car reborn. The 1st-generation 3008, built between 2008-2016, was a bit of a blobby mess, but the Mk2 of 2017 threw all of that overweight styling out and gave us a crisp, striking creation which is arguably the best-looking thing in its class. Not only that, but a concept-car-esque interior only heightens the sense that this is something special, something a bit more than just another family crossover.

Having said that, you need to get on with Peugeot’s iCockpit layout to make the 3008 work for you. With a tiny button steering wheel and a high-set instrument cluster, some people find that they cannot adjust the seat and wheel in any combination that allows them to see the dials when driving. So give it a ‘test-sit’ before you commit to the Peugeot.

Incidentally, a well-judged midlife model facelift in 2020 did nothing to harm the 3008’s appeal, either.

What About The Honda C-RV? 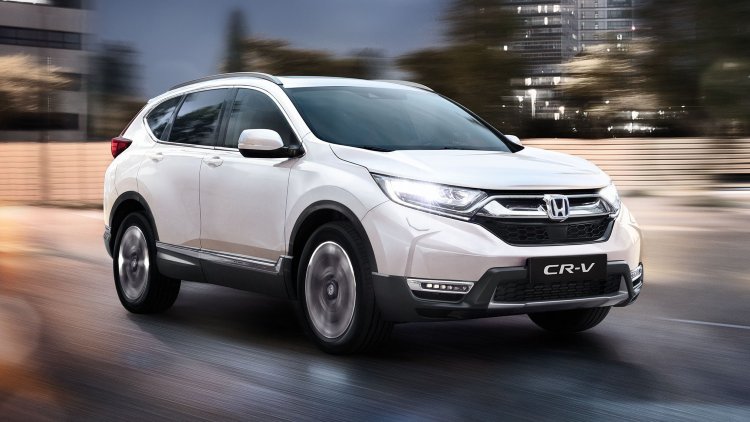 The Honda CR-V is less extrovert in the styling department than the Peugeot, but it’s still a handsome creation. It too was updated in 2020, although Honda’s reworking of the CR-V was far less noticeable than the French firm’s redesign of the 3008. This means the 2021 model year-onwards CR-Vs have different badging, alloy wheel designs and interior trims, rather than reshaped light clusters and bumpers.

Inside, it’s a more conventional cabin but perhaps that will suit a wider customer base. It’s also incredibly spacious, while the build quality is excellent – even if there’s some questionable wood trim on some models, while the Honda’s digital instrument cluster is neither as advanced nor as multi-way configurable as the 3008’s dial pack. But, overall, the Honda’s interior is ergonomically sound, hugely practical and easy to live with.

Do Either Of These 2 Crossover-SUVs Offer Any Hybrid Power? 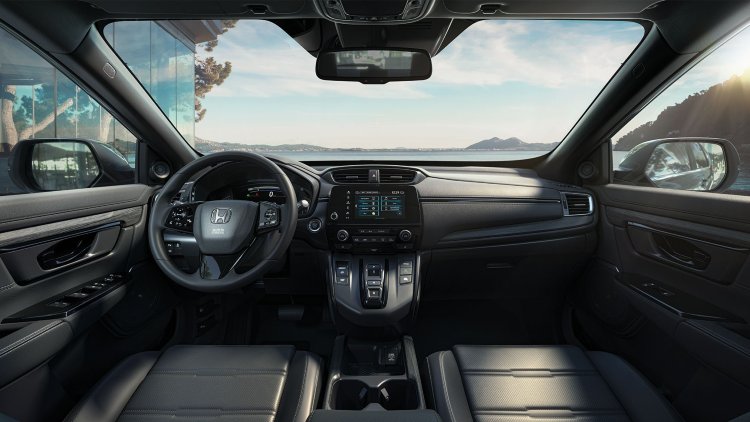 They offer plenty. In fact, the Honda is only sold with a hybrid drivetrain, which the company calls the ‘e:HEV’. The intelligent multimode hybrid (i-MMD) petrol-electric system is connected to an electronic continuously variable transmission (eCVT), and between them the 2.0-litre 4-cylinder engine and the electric motors can make up to 184hp and 315Nm. Drive can then be sent to just the front wheels or all corners on upper-spec models, with Honda claiming 151g/km of CO2 for the 2WD models and 161-163g/km for the AWD versions. You should get around 40mpg combined from any version, although in practice we’ve found a top-spec AWD can easily and regularly return 50mpg if driven sensibly. 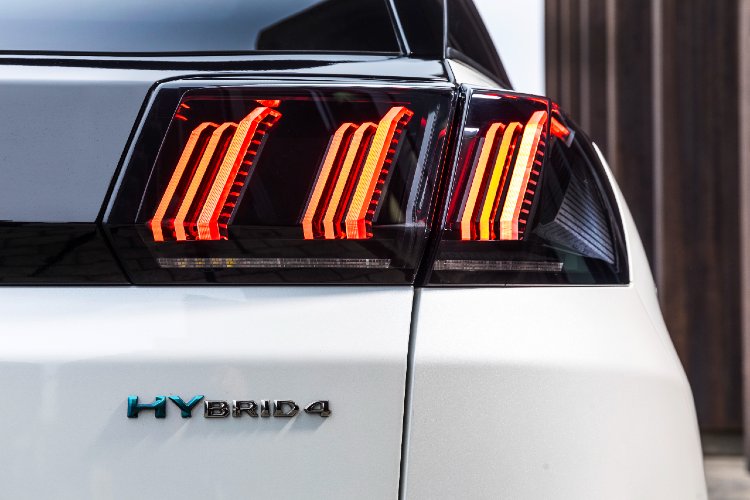 Peugeot provides the 3008 with an array of turbocharged petrol and diesel engines if you’re not feeling adventurous, but at the top of the drivetrain tree are a couple of plug-in hybrid versions. There’s a single-motor, front-wheel-drive 225hp Hybrid model or a twin-motor, 4-wheel-drive 300hp Hybrid4 version, the latter the most powerful production car Peugeot had put out when it launched in early 2020 (the company has since done a high-performance plug-in hybrid model of the 508 with 360hp which has surpassed the 3008, though).

Either Hybrid version of the Peugeot is said to be capable of going 38-39 miles on electric power alone, while CO2 emissions are pegged at 30-32g/km. Fuel economy is bracketed between 157.2- and 235.4mpg, although to achieve those numbers you’ll need to regularly plug the Hybrid 3008s in to charge – and you’ll have a full battery in 3 hours 45 minutes on a standard Mode 3 Type 2 cable and the factory 3.7kW onboard charger (OBC), with an option to increase the OBC to 7.4kW, which in turn reduces the maximum charging time to 1 hour 45 minutes.

Which One Is Best To Drive? 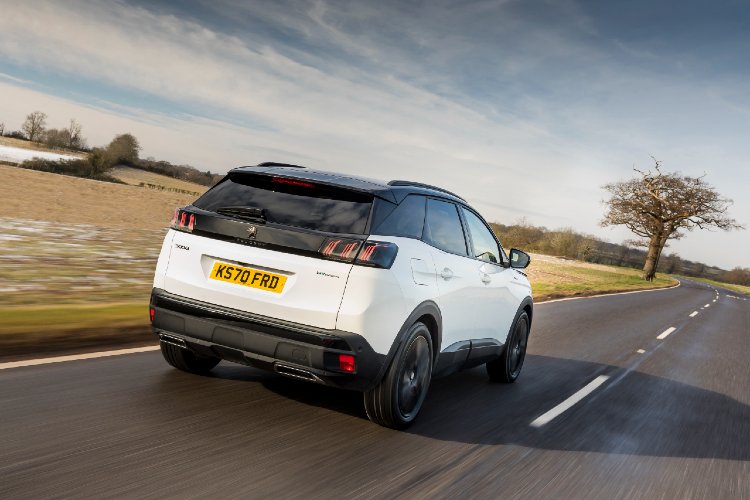 For chassis sparkle, it’s the Peugeot – although with the caveat that the plug-in hybrid models, especially the twin-motor AWD variant, are very heavy. That means that while they’re obviously fast in a straight line – the Hybrid4 achieving 0-62mph in 6.1 seconds – they’re not as sharp in the corners as the sweeter 1.2-litre, 3-cylinder petrol models. So there’s a pay-off to be made with the Peugeot, as to whether you want maximum driving thrills or the best eco-credentials.

The Honda is more strait-laced across the board, but the CR-V shows glimpses of the Japanese company’s prowess with chassis settings. The steering is nice and precise, while body control is good albeit not outstanding. However, the Honda is geared more for comfort, as it excels at refined, subdued cruising.

This is a good thing, because if you press its hybrid drivetrain for maximum acceleration then it can become coarse and loud. That means the 0-62mph time of 9.2 seconds on the AWD model is largely academic, because you won’t want to thrash the engine to get the most from it thanks to the noise it generates. Far better to kick back and take it easy in the Honda crossover-SUV.

Are They Both Well Equipped? 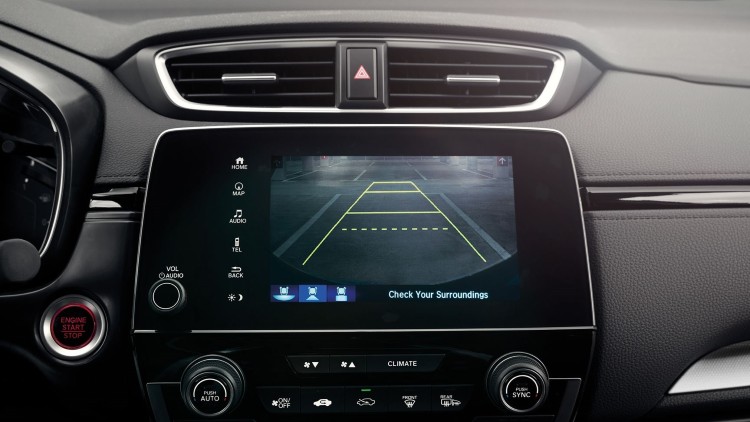 The Honda comes in 5 specifications, although the way the range is tailored means you can’t pair certain versions with certain trim grades. For example, the 2WD models are offered in S, SE, Sport Line and then SR specs, while the AWD is only available in SE, SR and then a luxurious EX range-topper. Honda’s USP with the CR-V is safety, as even the base-spec S comes with an absolute wealth of advanced driver assist safety (ADAS) systems fitted as standard. It also enjoys 18-inch alloy wheels, LED front lights, adaptive cruise control, keyless entry and go, and automatic climate control too.

However, you need to step up to SE to get the 7-inch Honda Connect touchscreen infotainment with Apple CarPlay and Android Auto, as well as dual-zone climate control, front and rear parking sensors, a rear-view camera, privacy glass and a 9-speaker uprated audio system too. SR models throw in leather upholstery, heated front seats, and both blind-spot monitoring and rear cross-traffic alert, while the EX comes with luxuries such as a panoramic opening roof, a head-up display, heating elements for both the steering wheel and the outer 2 rear seats, wireless smartphone charging, a hands-free powered tailgate, and an 8-way electrically adjustable driver’s seat. The Sport Line, offered as a 2WD only, comes with black 18-inch alloy wheels, black leather upholstery, black door mirrors, smoked rear lights and other black detailing, plus sportier body styling on the outside. 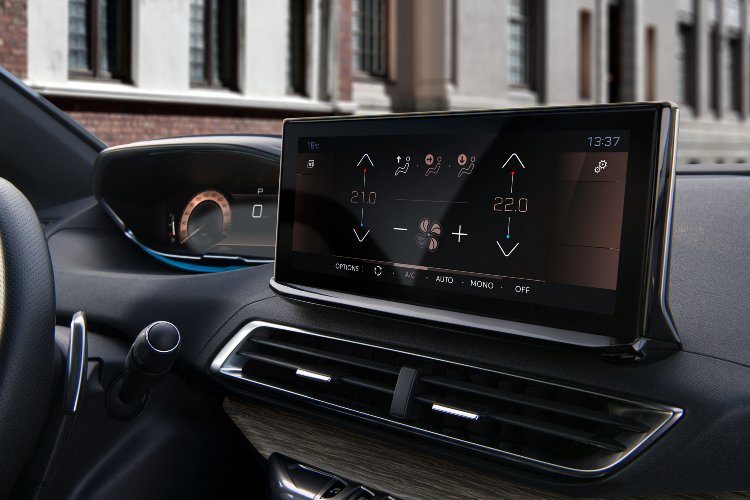 The Peugeot 3008 also has 5 trims, running Active Premium, Allure, Allure Premium, GT and then GT Premium. Again, certain drivetrains are not available at lower levels – the Hybrid only appears at Allure level, while the more potent Hybrid4 enters the price lists at Allure Premium grade.

The standard safety list on an Active Premium is very impressive, if not quite as comprehensive as that found on a CR-V S, while all of a 12.3-inch digital instrument cluster, 8-inch touchscreen infotainment, dual-zone climate control, LED exterior lighting and 17-inch alloys are provided. What may swing it for some folk is that an Active Premium 3008 has parking sensors front and rear, plus a 180-degree reversing camera too.

Moving up to Allure brings more ADAS items, plus a larger 10-inch infotainment system and 18-inch alloys wheels, among more, but you need to get to Allure Premium for keyless entry and go, while adaptive cruise control and full LED headlights are only provided from GT spec upwards.

Do Either Have Any Significant Flaws? 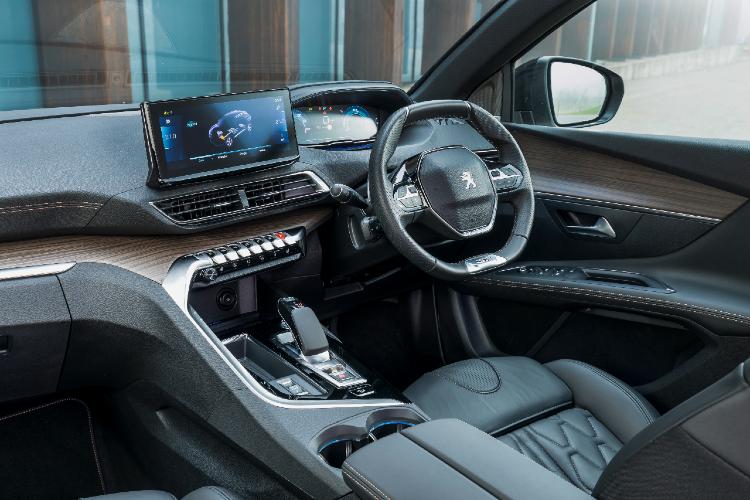 Well, the Peugeot is pricey in its more desirable specs and the Hybrid models are the most expensive versions of all, while the Honda’s infotainment system seems dated and primitive compared to much of the competition. Admittedly, once you’ve got Apple CarPlay or Android Auto on an SE version of better, you can bypass this, but if you use the proprietary software more often than not then the Peugeot is the better bet in this regard.

And Which One Has The Bigger Boot? 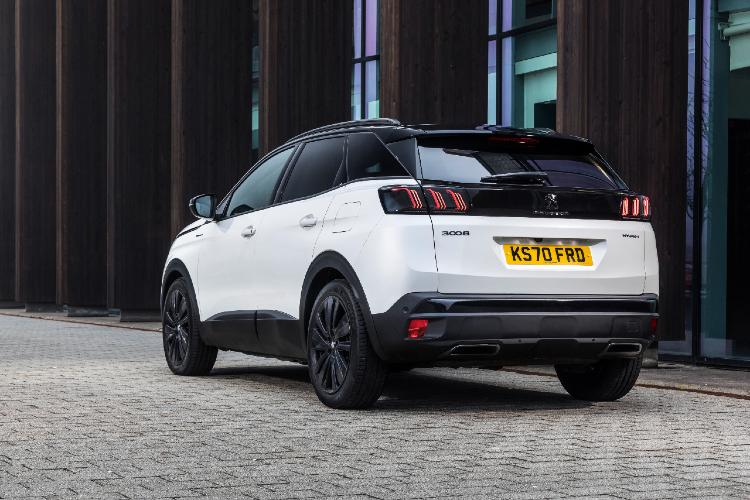 You have access to 520 litres of space in the Peugeot 3008, rising to 1482 litres if you fold the rear seats away, but bear in mind the Hybrid models are smaller in this regard – measuring 395-1357 litres. The Honda CR-V is a physically bigger machine and there’s less of a compromise required by its hybrid running gear. So while it only has 497 litres with all the seats up, with the 2nd row folded away it is much roomier than the Peugeot at 1638 litres.

Both make for very appealing leasing propositions and there’s no doubt at all that the Honda CR-V would fit into a family’s lifestyle in a totally fuss-free, seamless fashion. It’s a tidy, spacious, generously equipped crossover-SUV that’ll be light on petrol thanks to its part-electric running gear. That Hondas are also incredibly reliable is another feather in its cap.

But we have to pick a winner and, in this instance, we’re going with the Peugeot. It’s just such an eye-catching, interesting vehicle in so many ways and it’s also excellent fun to drive. As long as you can get on with its minuscule steering wheel and fancy, mainly digitised interior layout, this is definitely the midsized family wagon for you.

This Year’s Best And Most Popular SUVs & Crossovers
The world of SUVs and Crossovers is vast in 2022 - so here are your best options across all the different categories.Read More
Car Body Types: The Ultimate Guide
Today we have a wide variety of car styles, but what do they all mean and which is best for you?Read Guide
How To Choose A Family Car & The Best Family Cars 2021
Find out everything you need to know about choosing the ideal family car for you.Read Guide