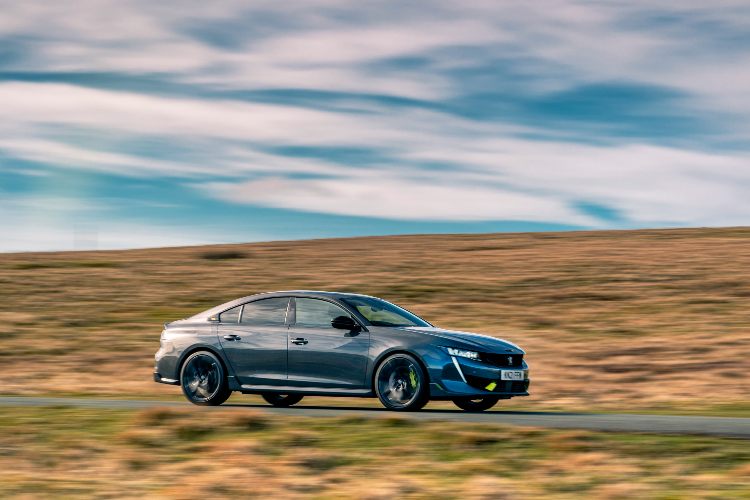 Peugeot, as we all should know, has a thoroughly enviable motorsport history. It has won the 24 Hours of Le Mans outright, no fewer than 3 times. It used to dominate the gruelling Paris-Dakar event, tasting victory 4 times in succession between 1987 and 1990. It gave us the astounding Group B 205 T16 rally car, it has took part in numerous touring car championships across the globe, and furthermore some of its renowned competition know-how has resulted in a handful of highly revered road-going performance cars – like the 205, 106 and 306 GTi models, for instance. Or the glorious 405 Mi16, for those of us with esoteric memories.

So what do you think is the most powerful production car Peugeot has ever made? Or, more to the point, how much power do you think Peugeot’s most potent production car has? Something like 400-, 500hp, maybe? More? Nope. It’s 360hp, which is less than some hot hatchbacks deliver these days. And it comes from the car you’re looking at here, the 508 PSE. That 3-letter honorific stands for ‘Peugeot Sport Engineered’ and it may replace GTi as the French company’s most fabled high-performance badge in the future. It’s the 508 which has the privilege of wearing it first, however.

The 508 PSE, available in Fastback and SW (estate) formats, is not only fast, it is frugal too, because it is a plug-in hybrid electric vehicle (PHEV). Electric motors front and rear supplement a 1.6-litre turbocharged petrol engine to give the PSE peak outputs of 360hp and 520Nm, as well as the traction advantages of 4-wheel drive. Sending power to all wheels through an 8-speed gearbox, the 508 PSE serves up some serious stats: 0-62mph in 5.2 seconds, fuel economy approaching 140mpg, CO2 emissions of just 46g/km and an all-electric range of up to 26 miles, courtesy of an 11.5kWh battery pack. With the likes of the Audi S4, BMW M340i and various 43- or 53-badged Mercedes-AMGs in its sights, is the 508 PSE therefore good enough to mix it with this crew of deeply talented performance cars? 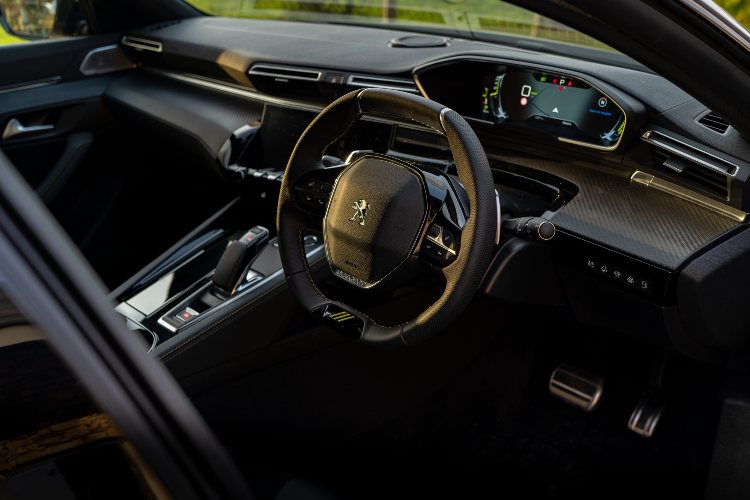 Well, it looks absolutely great, but then all 508s do. The signifying marks here are those Kryptonite (acid green, if you prefer) detail flashes on the exterior, plus a large set of 20-inch alloy wheels and some sportier styling. We favour the styling of the handsome SW to our Fastback test model, but even the ‘fake saloon’ version of the high-power 508 looks terrific.

It also has that top-notch and yet oh-so-idiosyncratic interior, with the tiny steering wheel and the raised-up instrument cluster and the piano-keys console. We happen to love it and get on fine with the ergonomics of what Peugeot calls i-Cockpit, but we know that not everyone of all heights and builds can always see the dials clearly behind the wheel. Nevertheless, with carbon-effect detailing, Lion Claw strakes in Kryptonite on the bottom of the steering wheel and more Kryptonite (Superman would hate it in here) used for the contrast stitching, the cabin of the 508 PSE is a truly lovely place to be. 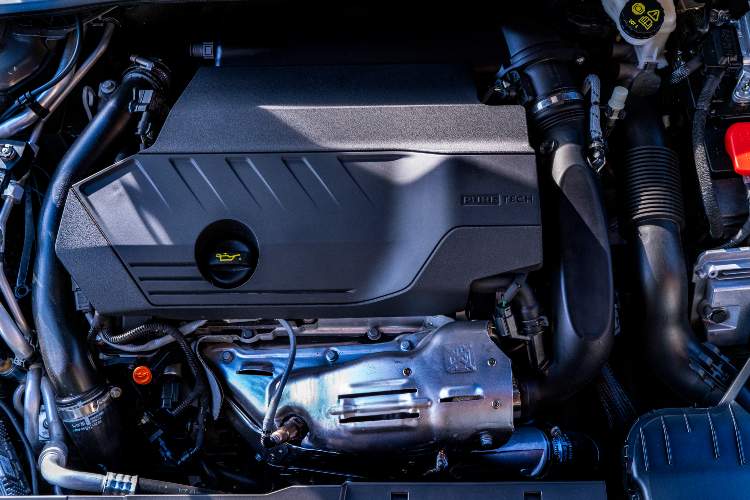 This is not a cheap car. It’s a £54,000-plus vehicle at least, in Fastback guise, and that results in chunky monthly leasing costs which are the wrong side of £700pcm if you decide you need a 155mph Gallic PHEV in your life. We’re all for manufacturers trying new things, but perhaps a sporty, non-plug-in 508 that cost sub-£40k might have been a better starting point for this latest French assault on the German prestige elite… 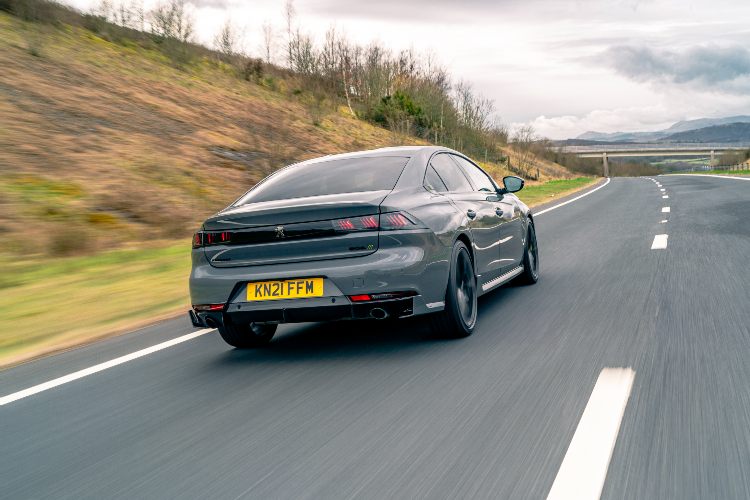 The regular 508 is a lovely thing to drive, showing all of Peugeot’s traditional chassis sparkle in a large and luxurious bodyshell. The PSE, despite adding weight through the PHEV gear and being in the region of 1.8 tonnes as a result, manages to preserve that dynamic goodness and build upon it, but there’s a price to be paid – and that’s in terms of ride comfort.

There’s certainly no doubt that with a full charge in the battery pack and the PSE in its sportiest settings, it feels a pretty serious bit of kit. It’s decently quick in a straight line and while its 4-cylinder powertrain is never the most acoustically rewarding, there’s enough growl and edge to the engine/exhaust note to keep the occupants well aware that they’re in the flagship 508.

The handling is good too, without any excess sensation of weight in the body. You always need to be mindful about precisely how much steering lock you’re putting in with that button you’re given as a steering wheel, which can mean it takes a little bit longer to form a lasting rapport with the 508 PSE, but once you’re attuned to it then you’ll find the big Peugeot plenty of fun on the right roads.

The problem is, Peugeot Sport has firmed up and lowered the suspension and geometry to cope with all of this added grunt and mass. So the 508 PSE sits 4mm closer to the deck than any other model, while it has wider tracks too. The suspension is said to be 50% firmer in its responses than the normal 508 set-up, while there’s 3-stage damping to choose from on the PSE as well. It also has a whopping set of 380mm Alcon brakes, tucked behind those big alloys and wearing Kryptonite callipers.

All very noble. But the end result is a car which never feels truly settled on British road surfaces. You can try cycling through the 508 PSE’s various damper settings, or you can try driving it mainly on motorways at higher speeds to smooth the car out, or you can simply spend your time dodging each and every road imperfection like you’ve got the reaction speeds of Jason Bourne, but the fact of the matter is that the 508 PSE is too crashy and too jarring for too much of the time. It doesn’t have the supple fluency or grace of some of the best fast road-going Peugeots of the past, and even its German opposition – so frequently saddled with brittle ride quality on sporty versions of yore – has now got to grips with how you offer sharp handling with agreeable rolling refinement. Sadly, the Peugeot falls short of the Teutons’ standards in this regard.

Having said that, it is by no means a bad car, the 508 PSE. It’s never appallingly uncomfortable onboard and there are definite merits to be had from a rapid car like this which can run in EV silence if it wants to from time to time, but therein lies the rub – on lower reserves of battery power, the 508 PSE keeps some electricity held back so you have full acceleration if you absolutely need it, yet there’s little doubt the Peugeot feels a more technologically advanced accomplishment with a full battery pack that it does without. In truth, you almost sense that the PSE is a little bit too clever for its own good, and a 300hp pure-petrol model with some of this chassis tuning and less overall weight might have been far more enjoyable in the final reckoning… 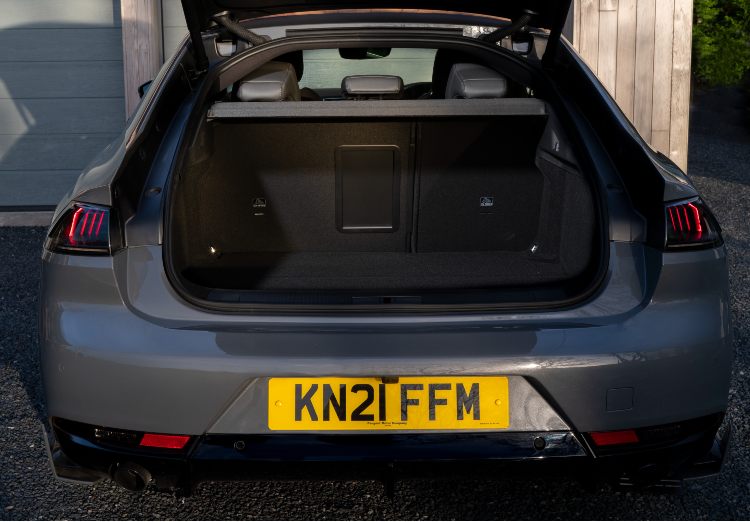 While the estate SW obviously holds the practicality cards in 508 PSE Land, don’t discount the Fastback. It’s a smart piece of design, because while the 508 might look like a 4-door saloon from the side, the Peugeot’s rear hatch is actually hinged at the top of the windscreen. That results in a still-massive 487-litre boot, which rises to 1537 litres if you fold the rear seats down. Due to the large aperture, this makes the Peugeot far more useful than rivals which have out-and-out saloon bodies.

In terms of charging times, with the 3.7kW onboard charger the Peugeot’s 11.5kWh battery pack will be totally full in up to 7 hours on a domestic socket, while a standard 7.4kWh AC wallbox reduces that time to a much more reasonable 1hr 45mins. There is no capacity for DC rapid charging on the 508 PSE, which is by no means unusual with PHEVs – they have smaller batteries and internal combustion engines to fall back upon, so DC charging is simply not needed in this type of car. 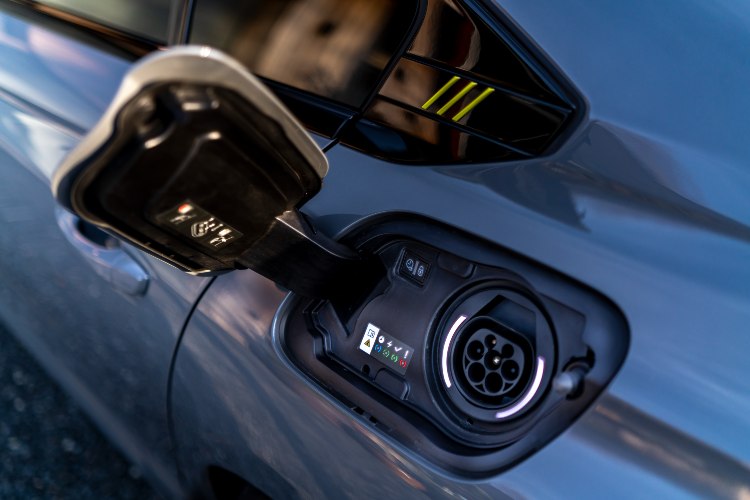 We’ve already touched on the enormous purchase/leasing cost of the 508 PSE, although it will of course claw back some fiscal respectability in terms of its low tax requirements, thanks to its 46g/km official CO2 figure. A quoted 138.9mpg figure is naturally going to be a pipe dream in day-to-day driving, unless you plug the Peugeot into the mains to charge regularly and do no more than about 30 miles a day; we saw in the region of 40mpg from it during a test in which we didn’t always run it with a full battery, we confess. Overall, the 508 PSE won’t break the bank in the way a pure 6-cylinder petrol rival might, but at the same time it’s not going to be mere pence to run the Pug on a daily basis. 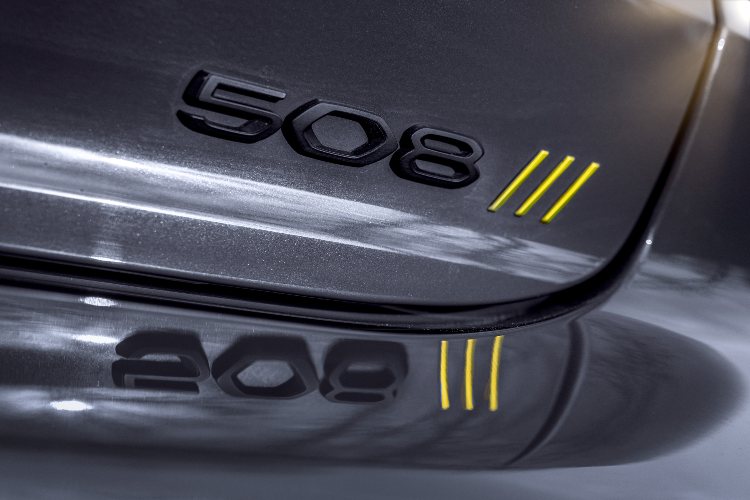 Peugeot Sport is not just a name dreamt up by a marketing team to sound catchy and desirable – it is the actual department which has run the French company’s motorsport interests for many a year now. So you’re getting genuine competition goodness in the 508 PSE, rather than mere sales-related flim-flam. Small piece of trivia: that triple-stripe graphic you see on the 508’s steering wheel and C-pillars is the Peugeot Sport official logo, in case you were wondering.

Audi’s take on a ‘green’ performance car is the turbodiesel S4, which rides way better than the PSE.

The 375hp M340i is very fast, very comfortable, very assured… and just a trifle dull to go with it.

Another outlier to the German norm, the XE is talented but not as practical as the Peugeot PHEV.

Three Things To Remember About The Peugeot 508 PSE:

The ride quality will be too uncompromising for some