What is a Car Facelift?

Ever heard someone say that their car is a “facelift model”, or watched a video about a car that’s been “facelifted”? Funnily enough it’s got nothing to do with the Botox-addled facade of a midlife existential crisis. It’s basically a substantial update, usually around the middle of a car’s life-cycle, which normally means about 3-4 years after it first came out; a car model usually lasts about 7 years before being replaced by an all-new version.

Car manufacturers will regularly update their models in small ways - a new wheel design here, a little software update there - but generally speaking, a facelift is a relatively major raft of changes designed to keep a model fresh and interesting.

A facelift will almost always improve the exterior looks of a car in particular ways (which we’ll come to) but it’s also a chance to update the interior with improved software, and make engine or other mechanical tweaks to reduce fuel consumption. And, let’s be honest, a facelift is also therefore a good way for a car company to put its product back in the public eye, and a cost-effective one: “Look! Remember our hatchback? Well here’s the NEW version. We’ve made the grille look slightly different and put an advert on the telly and everything.”

Just kidding, sort of. But actually, car facelifts vary wildly, from changes so minor that they’re barely worth mentioning at all (usually because the manufacturer doesn’t think it’s worth investing the money) to wholesale and transformative updates inside and out.

The most common thing, and the reason for the word “facelift”, tends to be changes to the front and rear end designs. It’s amazing the difference that grafting a new set of lights and reshaped grille onto a car can make. You’ll usually (but not always) see a car get thinner headlamps, a new set of LED daytime running lights (they’re the ‘always on’ light strips next to the main headlamps),  a wider grille and a re-shaped front bumper. Rear styling changes are usually a little more subtle, but generally altered on a similar basis to match the new front.

Top and tail redesigns are a relatively easy and cost-effective way to freshen up a car, because the process usually doesn’t involve any major mechanical work to the chassis, and so it avoids the manufacturer having to re-tool the car’s production line. That would cost a small fortune. 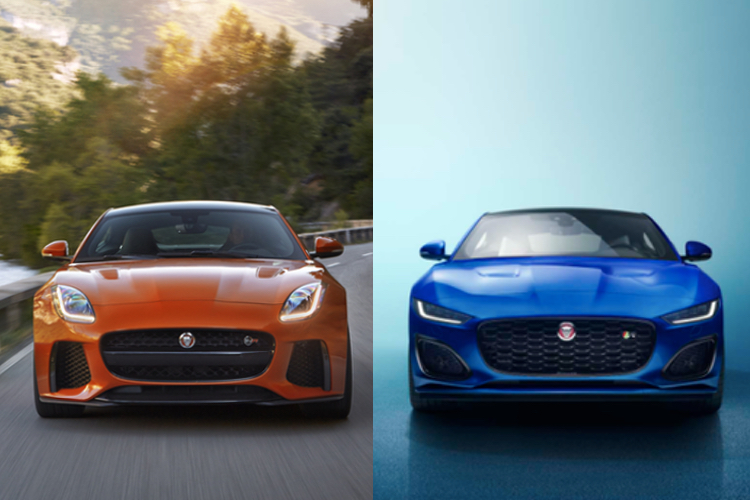 Look at the difference that slimming the lights and opening up the grille has made to the overall look of Jaguar’s sportscar.

A little more expensive to achieve, mechanical changes to a car’s engine, gearbox and chassis can nonetheless be an important exercise in keeping the model fresh - and keeping it ahead of the curve. Or still on the curve, at least. New cars are coming out all the time, often with vast improvements in technology and fuel efficiency, and so all of a sudden a car that felt cutting edge just a couple of years ago can seem out-of-date by the standards of a brand new model. A car might need to adhere to tougher emissions regulations at the mid-point of its life too. A proper facelift that incorporates technological and mechanical updates can level the playing field again for the older model. Usually these changes just involve small tweaks that add up to a little more efficiency - the engine will be improved in various ways, possibly including some electrical assistance (a mild hybrid system, say), and occasionally, brand new engines are installed. It’s also a chance for manufacturers to address any criticisms that the original car may have received. If the car was uncomfortable, for example, the suspension could be adjusted to improve the ride quality. 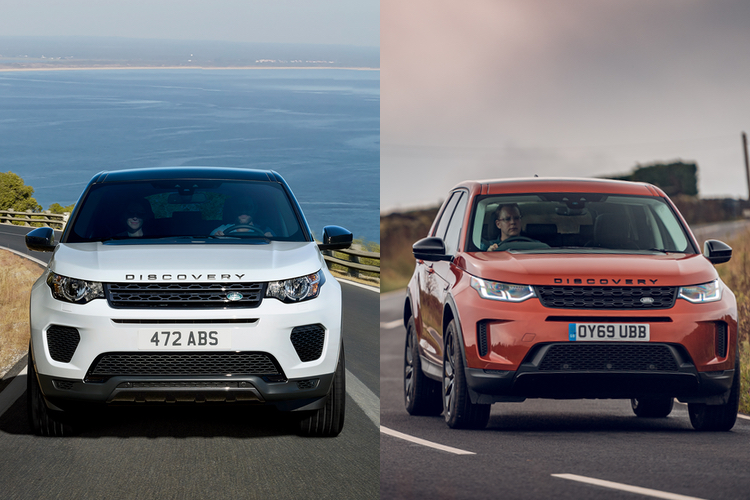 Unusually, when Land Rover facelifted the Disco Sport it changed the ENTIRE chassis, in order to allow the fitment of electric drivetrains. Possibly the most comprehensive facelift ever.

In the same way that exterior changes are usually focussed on the lights and grille, interior improvements tend to focus on in-car infotainment; a facelifted car will rarely have its dashboard changed in a major way. Usually, you’ll find a slightly bigger infotainment screen and perhaps the removal of shortcut buttons, which neatens the cabin up - though doesn’t necessarily improve intuitiveness. That’s a debate for another article though. You’ll also find new interior trim parts and materials, another cost-effective way for a carmaker to lift the look of an interior without doing major reconstruction surgery. A bit of soft-touch plastic on the dash top…bingo! 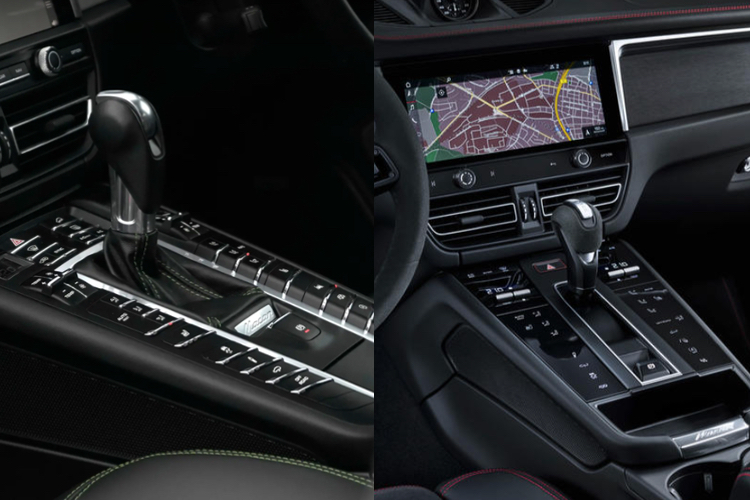 Porsche’s crossover SUV has been around since 2014 and has had two major facelifts, with the latest in 2021 bringing a digital centre console to replace the button-fest original.

A facelift will often see a car get new technology, most obviously linked to the in-car infotainment screen, and more recently to the instrument cluster too - more and more of those are all-digital these days, which means they can be updated in the same way your phone is. Tech updates also apply to safety features, which again are increasingly reliant on software - things like speed warnings, adaptive brake energy recapture systems in hybrids and EVs, and automatic emergency braking can all be added during a facelift. 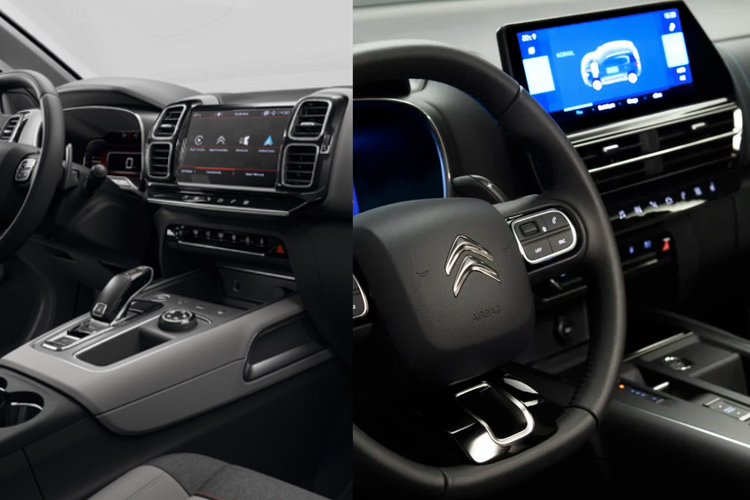 The facelifted C5 Aircross loses some of the original’s styling quirkiness but the often-maligned infotainment setup is much improved, featuring new software & a brand new asymmetrical central touchscreen.

An easy win for a car manufacturer can be to just bump up the amount of kit a model has, especially near the base of the range. Adding features like Apple CarPlay, wireless phone charging & LED headlamps can really make a car feel more sophisticated, especially if it’s bundled into the price rather than on the options list. 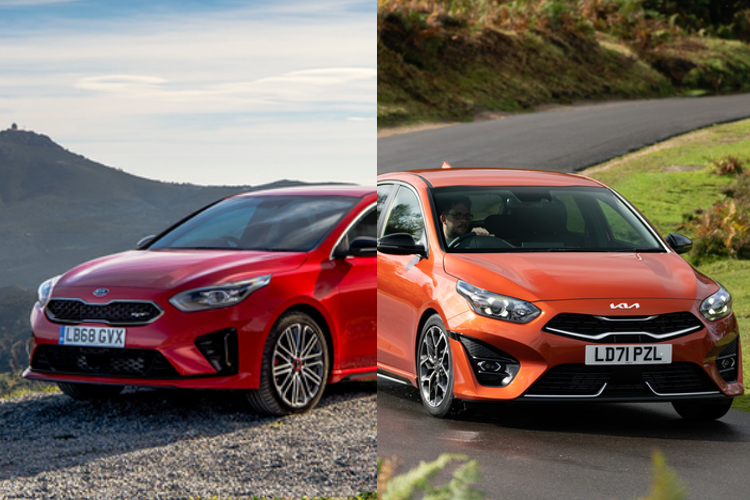 Car Body Types: The Ultimate Guide
Today we have a wide variety of car styles, but what do they all mean and which is best for you?Read Guide
What Are Trim Grades?
Car trim grades – they’re baffling, aren’t they? Almost every vehicle comes in several different versions, but how do you decide what trim level is best for you?Read More
5 Electric Cars With The Best Boot Capacity
There are plenty of electric cars that can fit just about anything you need to put in their boot. Read More