Why Lease the Jaguar Xe? 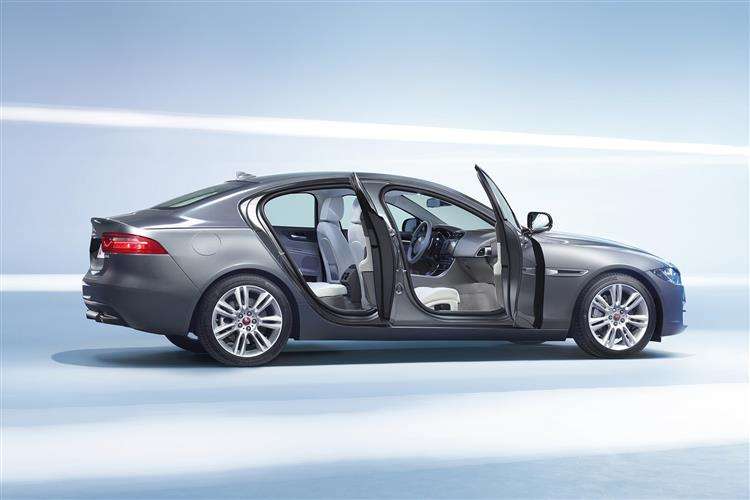 The XE hit the market for 2017 with lots of promise. Its good looks and athletic shape had it vying for the top spot in the small-luxury saloon segment, despite its fierce competition. Compared to all of Jaguar’s coupes and SUVs, the XE isn't a big seller, but Jaguar has given it a variety of updates this year in the hopes of boosting its appeal. 4 years after being introduced as the first Jaguar to sport the XE name, the entry-level car has received a mid-cycle facelift with a revamped design, a more luxurious cabin and technology features that improve the model on every level.

The all-wheel-drive XE is a compact sports saloon. It offers lightw8 construction, streamlined styling, an upscale interior, and sporting ride and handling. It was also the first model developed from the JLR modular vehicle architecture. From launch, there will be 5 trim levels and 6 engine variants - mainly made up of 4-cylinder petrol and diesel units, priced from just over £28,000.

Since its launch, the XE hasn’t exactly been the big seller Jaguar was hoping for, with many buyers sticking to German equivalents. The BMW 3-Series, Audi A4 and Mercedes-Benz C-Class, for example, are kings among small compact luxury cars and sell in large numbers.

With this mid-life facelift for 2020, Jaguar is hoping to inject a bit more energy into the car and give it more gravitas against its German rivals. Certainly, it excels over the main players in this sector - the Audi A4 and Mercedes-Benz C-Class. In doing that, Jaguar has done what Lexus, Infiniti and others could not. So if you’re looking for a modern, exciting executive car and you’re not too bothered about it having a German badge, the XE is never going to be the car you wish you hadn't bought.

“XE’s uniqueness is its totality. Customers get a complete package of progressive design, innovative technology, and extraordinary driving dynamics. We don’t do ordinary and new XE personifies this.”