Why Lease the Renault Koleos? 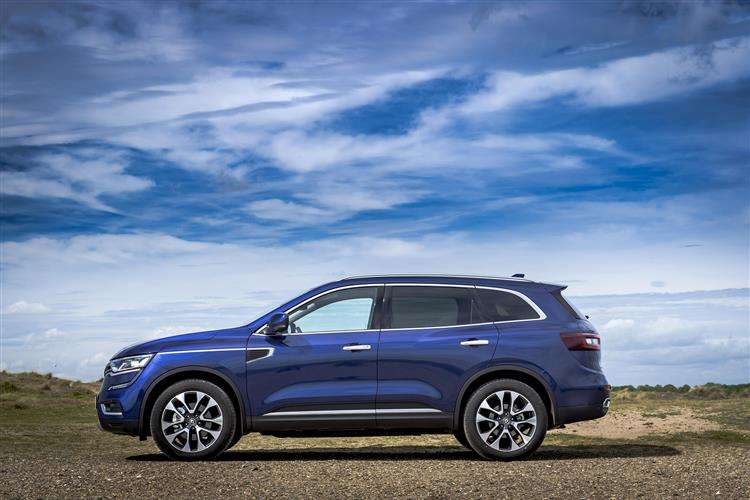 The Renault Koleos was added to the Renault range in 2008 when the French carmaker chose to try its hand at SUVs with this car before they became truly fashionable. That one went down like a lead balloon, pulled from sale in the UK in 2010 due to slow sales. But Renault is back for round two, hoping to make more of a success with its Koleos during the SUV boom, to join its smaller Kadjar and Captur SUV siblings.

The Koleos is a large SUV which offers a 5-seat configuration only. A large interior and 565-litre boot help separate the Koleos from the Kadjar in Renault showrooms. Renault has shunned petrol power for the UK, only arming the Koleos with a choice of 1.6- and 2.0-litre diesel engines for 130 and 175hp respectively.

The Koleos is a direct rival to the Skoda Kodiaq and also has a tough job on its hands, with other talented rivals like the Kia Sorento, Ford Edge and Nissan X-Trail all vying for your attention. One of its biggest flaws, however, is that most of its rivals, such as the Nissan X-Trail and Kia Sorento, offer seven seats, so Renault appears to be limiting its audience. Of course, because of its lack of seats, it means it has plenty of space.

“Adding even more strength and appeal to the Renault SUV line-up, New Koleos builds on the success of the original version with the introduction of new engines, sharper styling, enhanced safety features and increased refinement.”