Why Lease the Toyota Rav4? 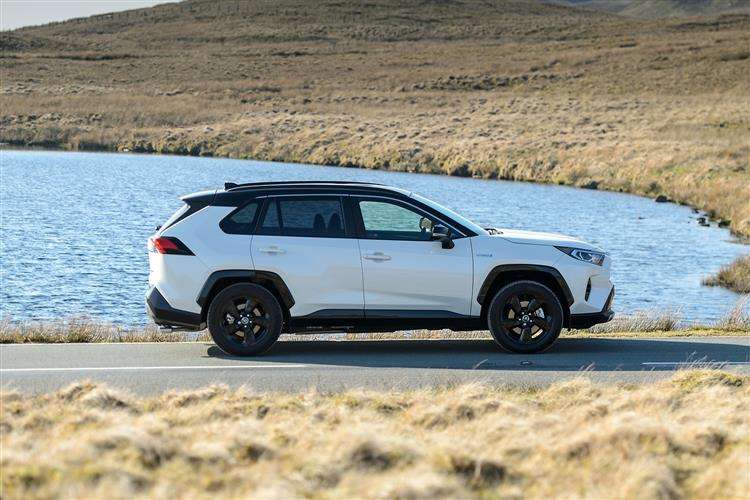 The Toyota Rav4 was a big hit in the 90s. On its launch, the Toyota RAV4 (a contraction of Recreational Active Vehicle with 4-wheel drive) single-handedly created the compact sports utility vehicle segment, bridging what was at the time a gaping chasm between traditional off-roaders & regular passenger vehicles.

Its construction was similarly unique, maintaining the favoured height, ground clearance & chunky look of a traditional 4WD vehicle but allied to a car-like monocoque body shell instead of a separate body & chassis. Since its launch, it has faded away over the years in the UK, but globally it has remained a big hit. To make you take notice of it again, Toyota has launched a fifth-generation Rav4 which is hybrid only, has a rather wacky interior & bold styling.

For 2020, Toyota is introducing the TRD Off-Road version of the Rav4, which comes with unique 18-inch wheels, all-terrain tires, an off-road suspension kit & plenty of TRD logos dotting the interior & exterior. There are also updates to the other trim levels & Android Auto capability becomes a standard feature. The Rav4 can be had in a wide range of iterations so will appeal to many different buyers who like rugged styling & SUV capabilities.

Over the 25 years since the original RAV4’s debut, a plethora of similar vehicles have arrived – to the point where Toyota’s offering has risked becoming ‘just another SUV’, swamped by dozens of rivals.

Driving dynamics of the Rav4 tend toward the mundane side of the spectrum, but most consumers will find it to have a comfortable ride & decent handling. Adult passengers also will be pleased with the Rav4’s generous legroom in both the front & rear seats & cargo room is also competitive with the best in the segment.

“Discover the new RAV4 range that is fully equipped to handle every adventure with its hybrid engine technology. Make the RAV4 your 'go anywhere' vehicle.”