Why Lease the Audi Q7? 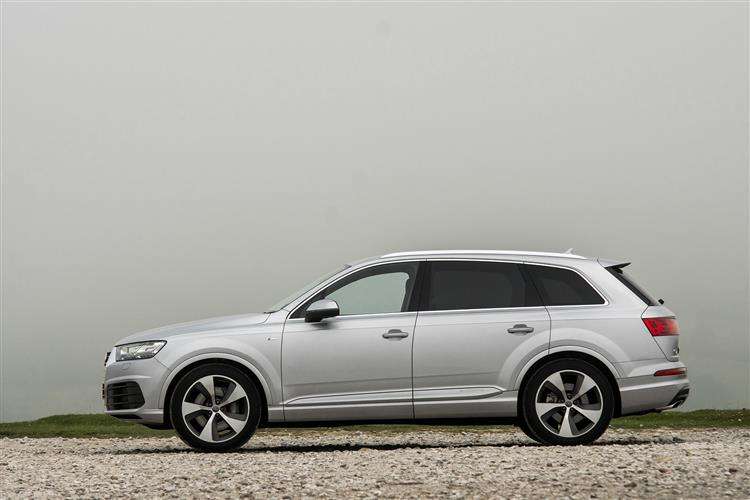 Audi was familiar with all-wheel drive technology since the late 1970s but chose not to enter into the crossover vehicle market until the mid-2000s. Arriving for the 2007 model year, the Audi Q7 debuted as a 7-passenger luxury crossover to directly compete against the Mercedes-Benz ML-Class, Range Rover Sport & BMW X5.

The Q7 immediately set roots in the premium crossover utility field with a large interior & impressive available features. For the 2017 model year, an all-new Audi Q7 is completely re-engineered to be substantially lighter & have upgraded interior comforts. Now Audi has given the 2020 Q7 a number of additions that should make it an even smarter buy than before along with a mild facelift to keep it looking sharp in the burgeoning crowd of large SUVs.

The 2020 Audi Q7 is a midsize 3-row SUV powered by a choice of 2 engines: a turbocharged 2.0-litre 4-cylinder, which Audi calls the 45 TFSI, & a turbocharged 3.0-litre V6 dubbed the 55 TFSI. If you're shopping for a 3-row luxury SUV to haul the family around & occasionally enjoy a twisty back road, the 2020 Audi Q7 is one such SUV we're happy to recommend.

The Q7 goes head to head with stiff competition such as the BMW X5, the Mercedes-Benz GLE-class, & the Volvo XC90, but none of those SUVs offer quite the same level of driving enjoyment. Overall, expect that the 2020 Audi Q7 will remain one of the top contenders in the 3-row midsize luxury SUV market. Whether you're looking for luxury, performance, utility or a mix of all three, the Q7 easily hits the mark.

“The Audi Q7 makes a technological leap this month to fall into line with its Q8 counterpart, taking on board the latest engine updates, mild-hybrid drivetrain developments & cabin digitalisation innovations first seen in the coupé-inspired flagship of the Q range.”