Can You Guess The State From The Plate?

The USA has some of the most interesting registration plates in the world. Every state has one of their own, celebrating what makes each region of North America so diverse & fascinating. They certainly beat the plain plates that are commonplace around the UK & Europe when it comes to the wow factor.

To find out if you're savvy enough to guess the state from the plate, we've created a fun & challenging quiz to test your knowledge of USA geography, state mottos & identifiable features.

Think you know your Alabama from your Wyoming? Delaware from Utah? We've randomised the plates you'll come up against each time you attempt the quiz so make sure to replay until you've correctly guessed all 50 if you're up for a real test!

Identifying The United Plates of America

Looking for a quick challenge? Check out our image quiz below & see how many state plates you can identify. 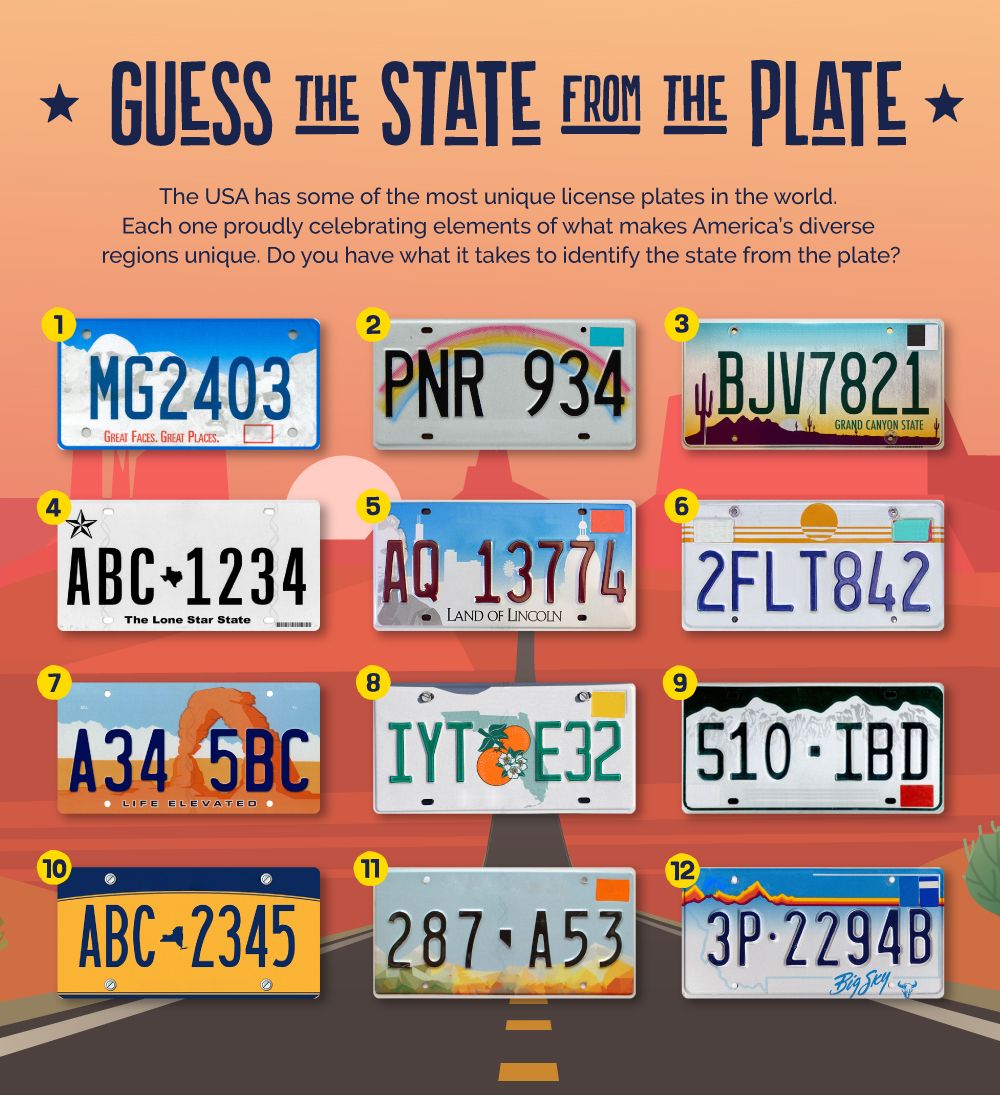 We've deliberately mixed in a few tough ones to keep things interesting, but if your US geography is up to speed, you'll likely be able to pick out a few from the landmarks & iconography displayed on the plates… answers below!

Did You Guess The State From The Plate?

Hopefully, you've made your guesses before checking the answers – nobody likes a cheater! Either way, here are the correct states as shown on the plates above.

If you're looking for a top deal on a brand new car, take a look the latest motors available for car leasing.

To find out more about what's going on in the auto industry, explore the weird & wonderful world of car patents or learn how much celebrities add to the value of a motor – check out the Vanarama car blog.