How Much Does Your Job Title Impact Your Car Insurance Costs?

When deciding how much to charge you for car insurance, insurers analyse every inch of your personal details to work out how great of a risk you are at being involved in a traffic collision. Research has shown that your occupation can change your insurance rates substantially. Insurance companies consider some professions to be more high risk than others. However, there is no link between being in a high-risk job and causing more accidents, so this way of analysing risk is controversial to say the least.

To find out which occupations are considered most high risk by car insurance companies, and are therefore charged the most to be insured, Vanarama took the UK's 100 most common job titles and submitted them for an insurance quote while changing no other details about the car.

How We Worked This Out

To create our car insurance quotes, we used data from the Office of National Statistics (ONS), BBC and Statista to come up with the average UK driver. They typically drive a Volkswagen Golf, travel around 7,600 miles per year, have comprehensive car insurance cover and no previous accident claims to their name. 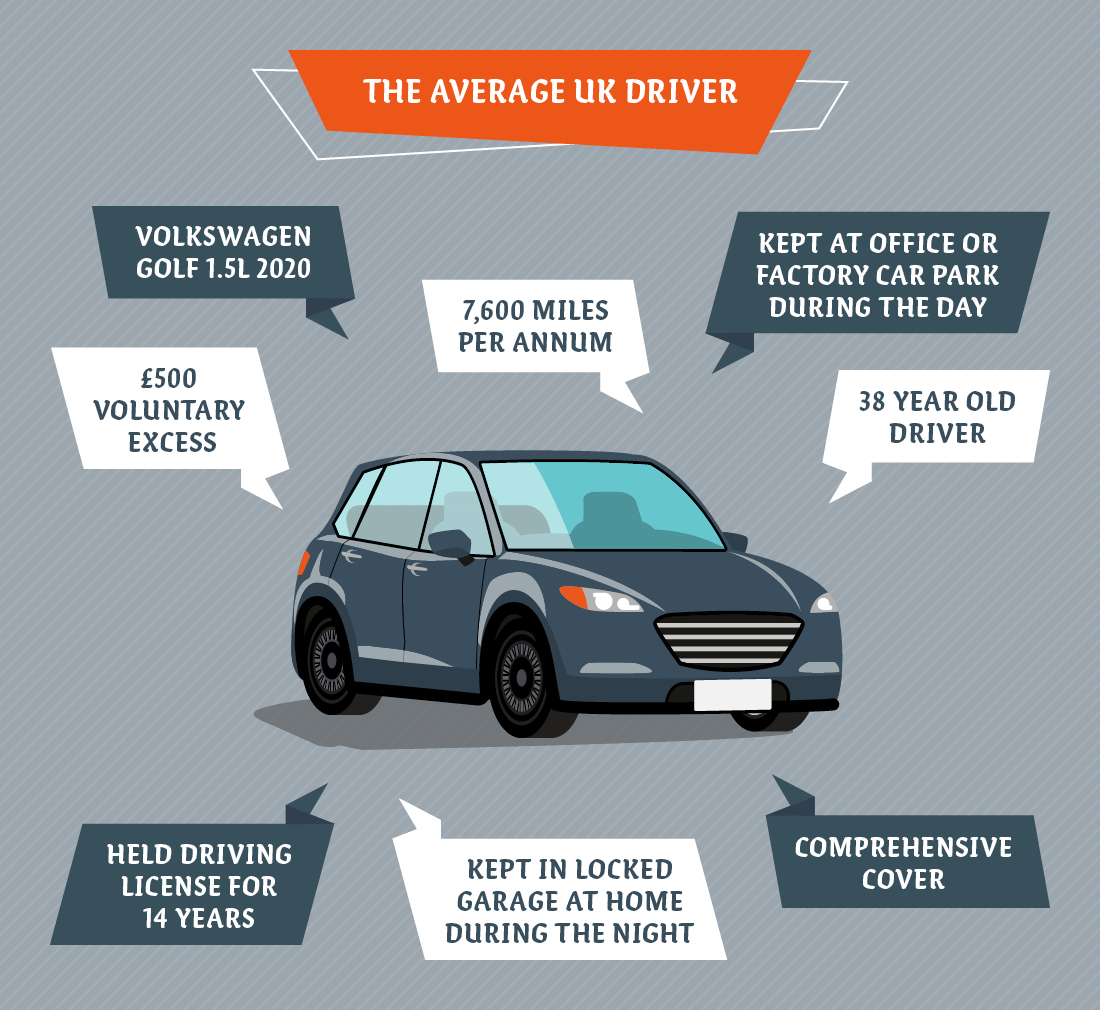 We then entered these details into the UK's largest car comparison website 100 times, changing only the job role each time. This then showed us which occupations are being charged the most to insure the exact same car in the UK, and the price difference between them.

Being a driver in the hospitality trade means that your car insurance is the most expensive out of the UK's 100 most common job roles. Insurance companies, according to previous studies, consider professions where the driver of the car is on the road for a longer time as being high risk, due to the fact they are more likely of being in an accident. Drivers would be charged a minimum of £479.80 per year to be insured on a 1.5 litre Volkswagen Golf.

However, the same can't be said for chefs, hairdressers, bar staff and fitness instructors, who make up the rest of the top 5 list. Most wouldn't consider their professions as being relatively risky, yet insurance on the same car would cost them a minimum of £381.15. This is in comparison to the likes of a firefighter and police officer, who would be charged £350.57 and £337.87 respectively.

Professions who feature in the bottom half of the list are generally financial and insurance workers, along with those in wholesale and retail. It's not surprising to see that a mechanic would be charged the least out of our top 100 list for their car insurance, with the logic being that if the insured takes a keen interest in cars, they are more likely to take care of their vehicle and be more vigilant on the roads.

To find out if there is still a gender bias in car insurance, Vanarama grouped each profession into several sectors of industry such as education, construction and retail etc. We then compared the average costs of car insurance for a 1.5L Volkswagen Golf in each of these industries to figures from the Office of National Statistics (ONS) which show us the gender bias in each sector.

Our research shows that on average, it now costs women more to insure their car than men by £15.33 per year. 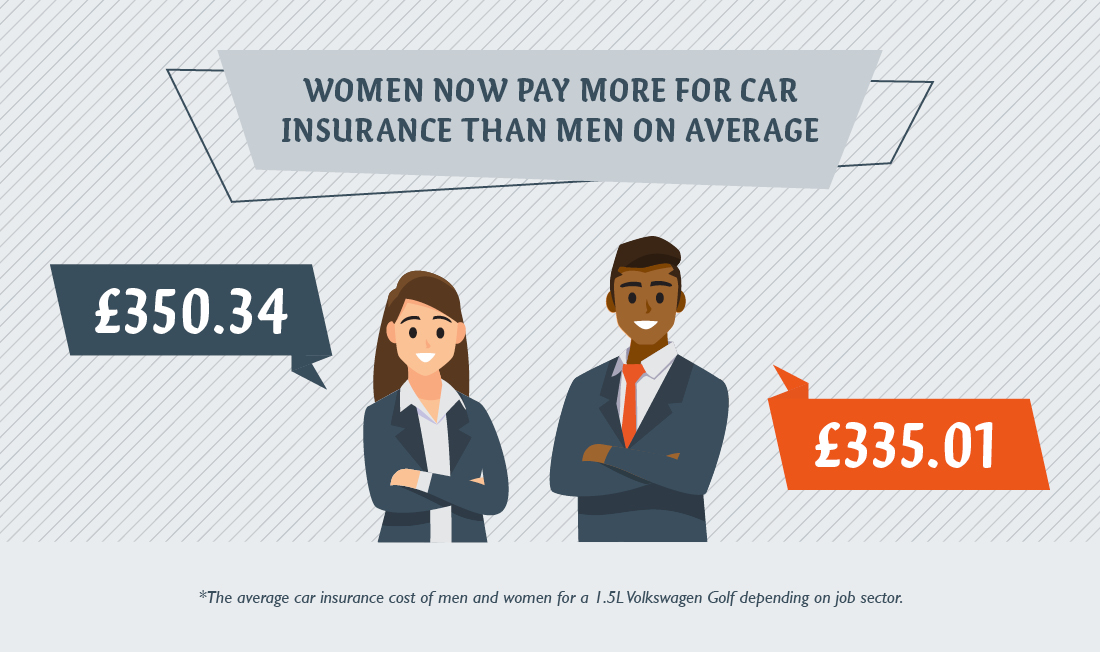 Don't forget to follow the latest automotive news by bookmarking the Vanarama blog and to check out the latest van leasing deals and car lease options at Vanarama.

A Note From Vanarama

At a time when the UK and the rest of the world are dealing with an unprecedented economic situation, workers in the hospitality industry are some who have been hit the hardest. This is due to many of the country's hotels, pubs and restaurants closing for the foreseeable future. Insurers are compounding the situation, unfairly in our opinion, by charging bar staff and chefs a premium on their car insurance when compared to other professions.