The Citroen Relay & the Mercedes-Benz Sprinter are 2 large vans crying out for your attention, which is why Vanarama Van Expert Tom Roberts has put them head-to-head in his latest commercial vehicle comparison article.

They say that size isn't everything… unless you're looking for a large van, in which case it's actually pretty important. But it's not everything, that's why I've picked the Citroen Relay & Mercedes-Benz Sprinter for this latest head-to-head article - the familiar Relay is certainly one of the biggest & heaviest lifters in the sector, while the new-look Sprinter is a best-selling, tech-packed comfort cavern that's hoovering up awards.

Let's kick off with the Citroen Relay. If you've ever seen a Fiat Ducato or Peugeot Boxer large van then you might not have realised you were staring at a Citroen Relay too! It's a proper workhorse capable of carrying huge loads with some of the best running costs in the category, something Citroen are VERY proud of. They're also proud of letting people know that it went through a ton of testing – 4 million kilometres of test driving & 500,000 door slams.

Then there's the Mercedes-Benz Sprinter. Thanks to a multitude of height, length, engine & drive options, there are around 1,700 variants of the Sprinter you could choose to drive right now. It's won countless awards, is often referred to as "the benchmark for large vans" & has picked up countless fans in the fleet driver community. The 3 spokes also bring with them high quality interiors & style that are rarely matched.

Sounds like this competition will be pretty cut & shut, right? Don't be so sure.

Citroen Relay: Previously, the Citroen Relay used 2.2-litre diesel engines - powerful, cost-effective & practical. These were then downsized to 2.0-litre engines (so they'd meet the original Euro 6 regs) & now they've been sized back up to 2.2-litre engines to square up to Euro 6D Temp regs. Might sound a bit like a rollercoaster, but it was for good reasons & what we have now are 3 flavours of the same 2.2-litre BlueHDI engine outputting 120hp, 140hp or 165hp depending on how much power you want. These engines are incredibly cost-effective returning excellent running costs & are a major feather in the Relay's cap alongside the impressive payloads it can carry because of them.

Mercedes-Benz Sprinter: The all-new Sprinters are fitted with the same 2.1-litre turbodiesel engines you would have found in the earlier models. Purists will also be pleased to know that the 3.0-litre V6 turbodiesel is also still available at the top of the rear-wheel-drive range. Your choice of power outputs affects what engine you get because your power bracket starts at 114hp and tops out at a stonking 190hp. There's a bit of a compromise to make though because if you go for a front-wheel-drive Sprinter (yes, they come in FWD) and opt for the right engine, you can actually add 50kg to your payload - key when you consider that payload is an area the Sprinter only just competes on.

Tom's Winner: Mercedes-Benz Sprinter. While the Relay's engines are excellent & efficient, the Sprinter offers the extra choice of that powerful 3.0-litre V6. Having driven one with the V6 engine I can attest to how unbelievably powerful & fun to drive the Sprinter can be, but I understand that for some people a cost-effective engine will win out over a powerful one.

Citroen Relay: It's big, imposing, with slightly futuristic looks thanks to the steeply sloped front end and huge Citroen logo across the front. Maybe it's because I'm a fan of retro sci-fi that makes the Relay such an appealing van to look at, or maybe it's simply because it looks a bit different to other large vans.

Mercedes-Benz Sprinter : It really looks quite standard. I know, the 3 spokes are pretty imposing on a large van & will turn some heads, but take those away and it's just a van with looks that are comparatively more boxy than other vans. Stick the Ford Transit next to a Sprinter and tell me why the Sprinter looks better - I'll wait.

Tom's Winner: For me, it's the Citroen Relay if for no other reason than I like that it doesn't look like all the rest of the large vans on the market. The sweeping Citroen logo across the front really makes it stand out - even among the vans it platform shares with. 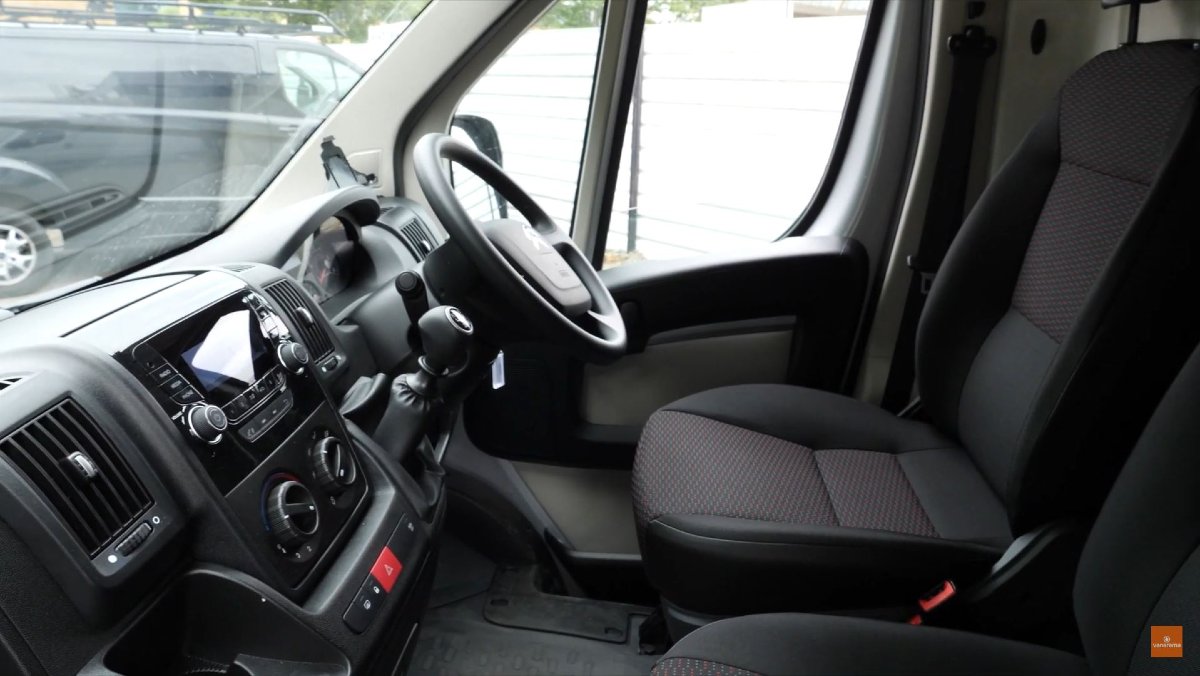 Citroen Relay: It's basic. I mean, compared to the Sprinter's cabin, most interiors are basic - however, the Relay is incredibly roomy and very durable with a huge windscreen offering excellent visibility. I found it to be comfortable, functional & exactly the type of cabin interior I'd expect to find in a hard-working large van. It feels unpretentious. At the standard trim you get comfy seats, loads of storage, DAB radio, Bluetooth, USB sockets, electric windows & a handbrake on the wrong side. However, bump up to Enterprise and you'll suddenly find Citroen have added a touchscreen infotainment system with sat-nav, air con, cruise control & rear parking sensors - choose this trim level to avoid being disappointed. 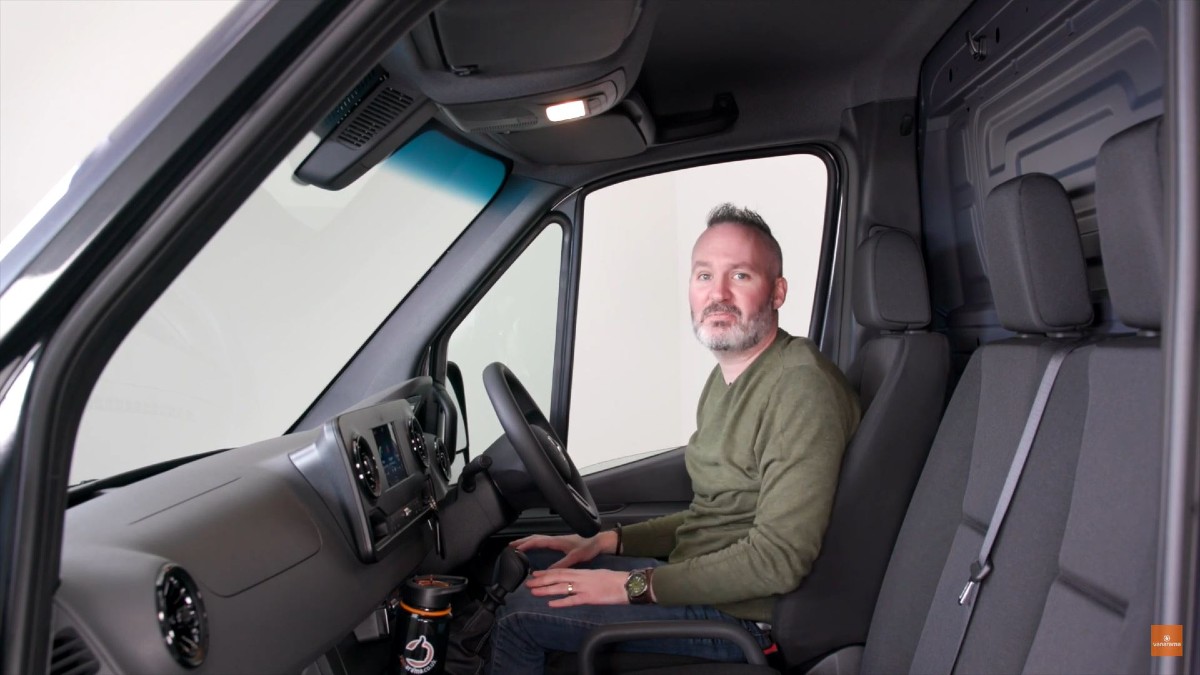 Mercedes-Benz Sprinter: It's excellent. It's sleek with a lovely rounded design built around the central touchscreen that every trim level gets (no matter which trim level you choose you'll always get at least a 7-inch touchscreen running the excellent new MBUX multimedia system). It's incredibly high quality offering commanding visibility & the best seats you'll find in a van - even the entry-level trims (while not adjustable) are still more comfortable than those you'll find in most other vans! You'll get multiple USB connections, storage areas, air con, driver control clusters, soft furnishings and so much more. This is a benchmark van for a reason - you get a lot in the interior as standard with an equally huge list of potential options to add. It's a clear winner.

Tom's Winner: It's the Mercedes-Benz Sprinter - I could wax lyrical but I've said it all above. 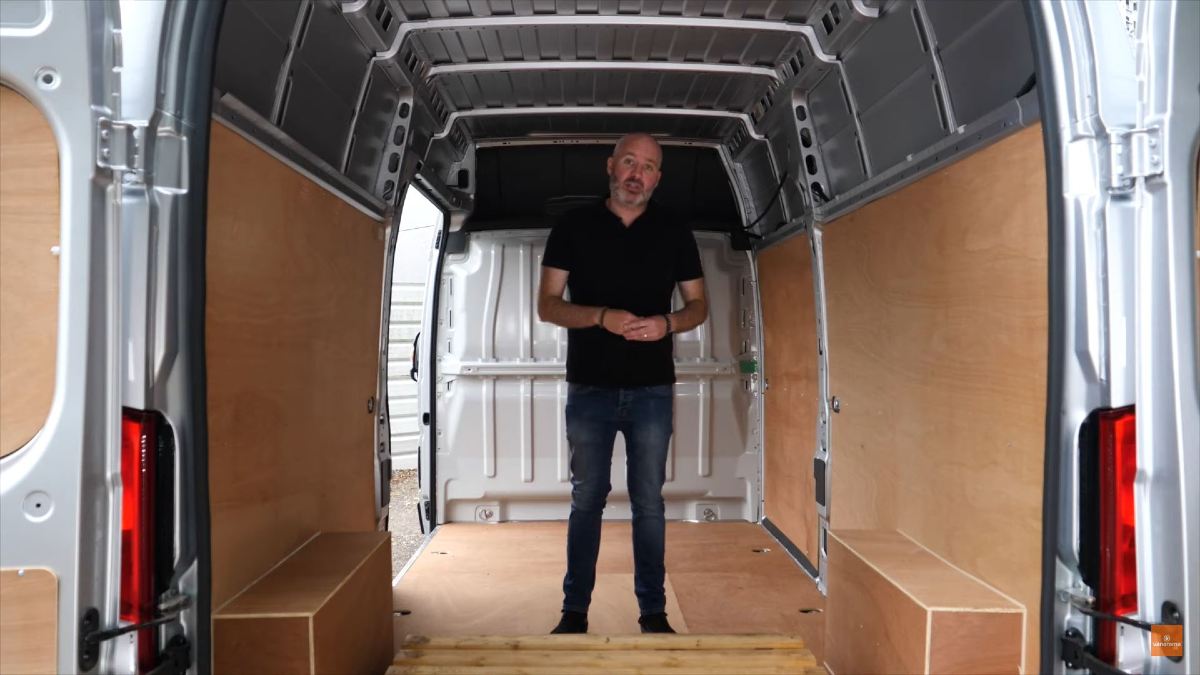 Citroen Relay: Open up this cavernous beast and you'll find load lengths start at 2.6m ranging right up to 4m. Widths stick at 1.8m wide at its widest point & 1.4m between the arches, while load heights start at 1.6m and range right up to nearly 2.2m. Payloads vary like the width of the Grand Canyon from 1155kg in the L1H1 standard version right up to 1995kg in the L2H2 heavy version! The enormous rear doors have a constant width of nearly 1.6m but vary in height with the roof from 1.5m to over 2m & the side door is wide enough to get a Euro pallet in. It's everything you'd expect from a large van's loading bay. 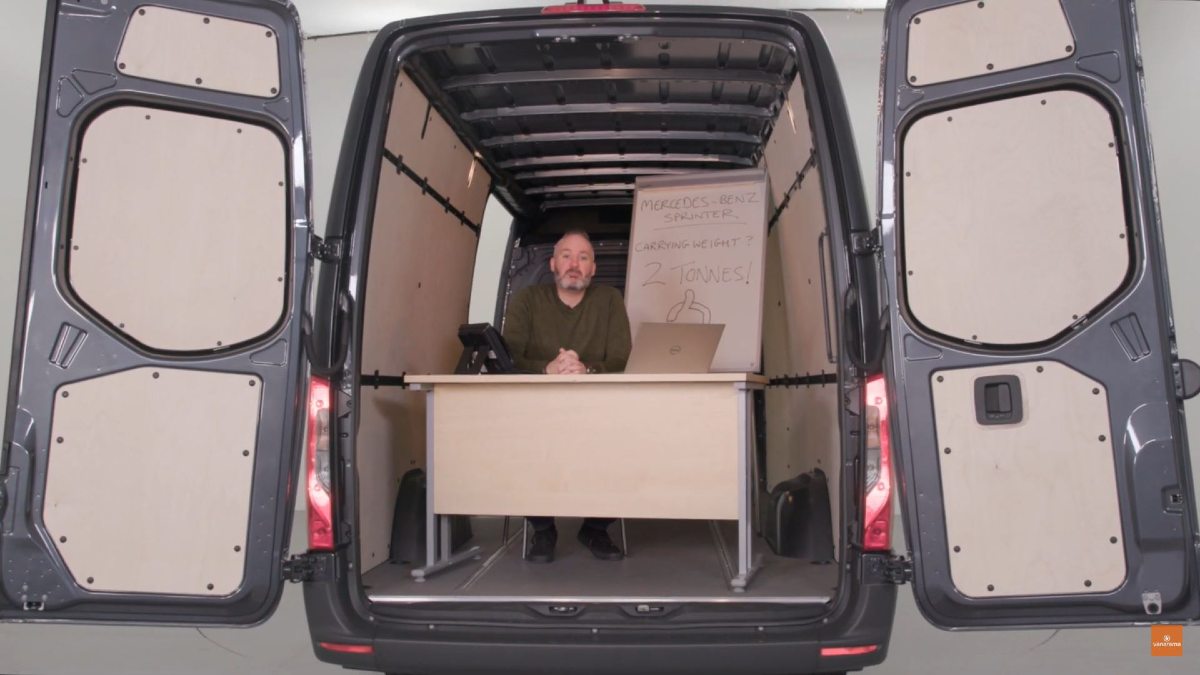 Mercedes-Benz Sprinter: This is one area where the sheer scale of the Mercedes-Benz Sprinter project is revealed. There are 1700 different variants available thanks to the choice of 3 drive trains (FWD, RWD, AWD), 3 wheelbases (short, medium, long), 4 lengths (L1, L2, L3, L4), 3 heights (H1, H2, H3) & multiple other body types, suspension choices and more. Across the range you'll find load lengths varying from 2.6m to 4.7m, heights ranging from 1.7m to 2.2m, standard widths of 1.7 at its widest and 1.35m between the arches, & payloads reaching up to 1516kg. It's pretty epic.

Tom's Winner: Too close to call. The Citroen Relay may boast a higher maximum potential payload, but the Mercedes-Benz Sprinter boasts a bit more length. There's no clear winner for me, they're both equally excellent at being a large van in the one area it matters more than most.

Let's tackle the Citroen Relay first. While the cabin is nothing to shout about, we know it's basic, the van is designed to be a workhorse - does a van have to be an overblown tech cavern to be good? The Relay says "no" because it's a hard-working vehicle that's all about being highly durable from the front to the back. You might expect to pay a premium for that durability, but the Relay is available for highly competitive prices. With a Relay, the road ahead is primarily easy to see (thanks to that huge windscreen) but also full of cost savings thanks to the excellent fuel efficiency.

Onto the Mercedes-Benz Sprinter then. It's an incredible package, worthy of all the awards it's hoovered up since launch. When you think of the 3 spokes you think of high-quality interiors, tech, comfort, style & poise - it's got it all. The only area that it falls down - in my mind - is basic payload carrying ability. That's it. Other than that, the excellent MBUX infotainment system is incredibly clever and well thought out. It's safety equipment and spec options are numerous, & it's an incredible drive. You will pay a premium to drive a Merc, however, don't think because it's a van that you won't. But it's so worth it.

If you want to know more about these leading large vans, why not take a look at our in depth Mercedes Sprinter Review, Citroen Relay Review or for top deals check out our latest van offers.