Small cars just aren’t what they used to be. No, really. Not too long ago a small car was just that: a little thing that you used to get from A to B in economical fashion. You expected some compromise. If it felt high quality or was relatively spacious, those traits were exceptional rather than expected.

But now, thanks to the trend for making little cars look and feel like SUVs, there’s a whole new group of small cars that offer SUV-type space, flexibility, ergonomics and quality. And all while still being easy to park, quite economical and, occasionally, genuinely fun to drive. Nobody saw that coming. Here are the best small SUVs, then. 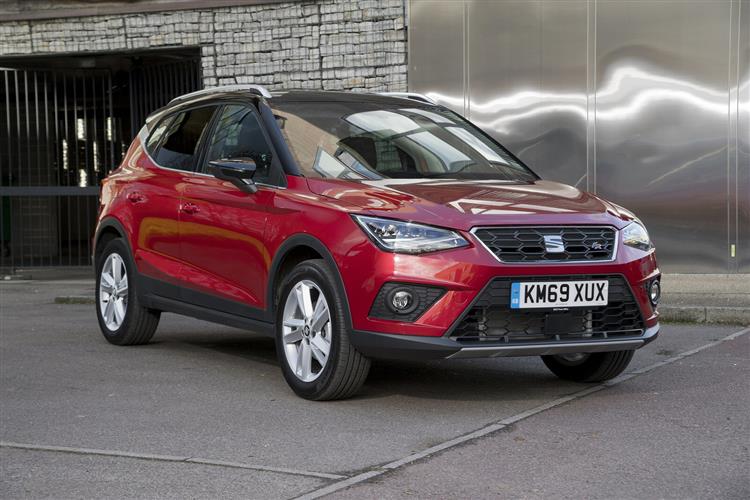 The Arona offers all the SEAT Ibiza’s style and Spanish feel, but the tall body means it’s a lot more spacious. Add Volkswagen Group build quality and ergonomics to that and you’ve got a win-win recipe. Perfect paella, if you like. It’s not the most sumptuous inside, and there are areas of the cabin where you’d say it feels a little basic, but it’s fun to drive, really comfortable, and probably the best value Volkswagen Group small SUV on sale. The Aygo-X is a truly wonderful small car. You could argue that all Toyota has really done is taken an Aygo, raised the body a bit and glued some plastic to it. But actually, making an 'SUV' version of a city car has transformed the way it looks and feels, and how useful it is day-to-day. The taller view out is perfect for parking, it feels both spacious and built to last inside, and the 1.0-litre engine has real character - while offering 56mpg. This is well worth a try if you're after a dinky-but-tall runabout. 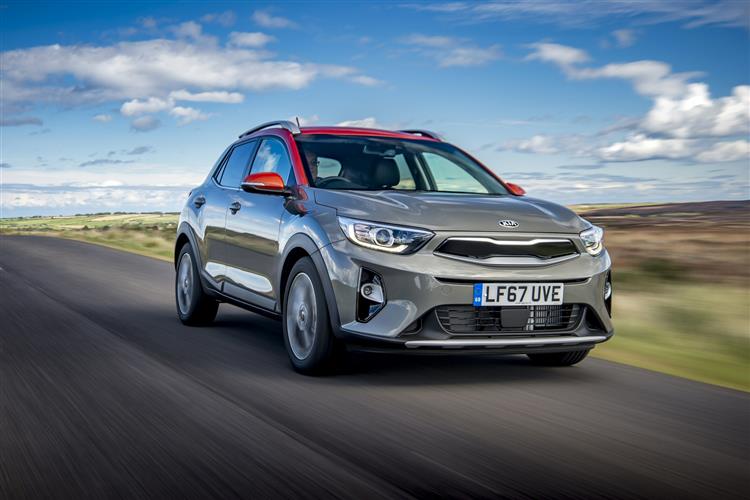 Kia is getting bolder and bolder with its designs, typified by the Stonic, which you could argue is the most striking small crossover on sale today. A world away from where Kia was not too long ago, the Stonic has contrasting roof panels and you can specify bright trim for the interior. It gets the basics right too though, including high quality feel throughout, a large boot and a decent amount of rear space. 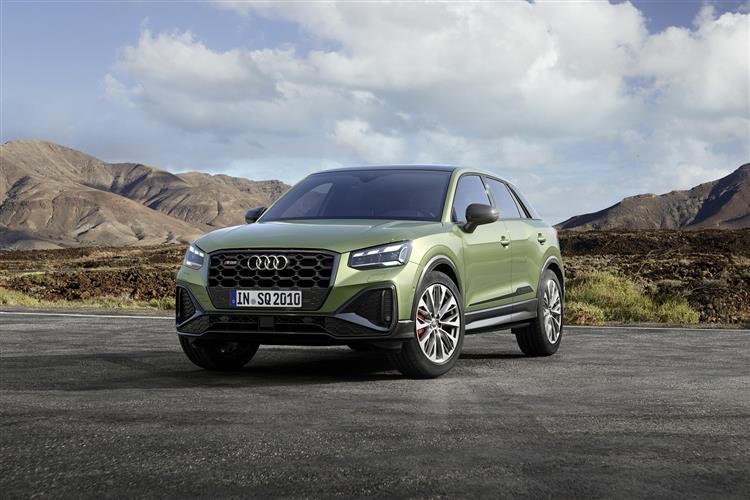 The Audi Q2 is the only ‘premium’ small SUV on this list, because those guys tend not to make their SUVs this small - "those guys" being the fancier makers: Mercedes-Benz, Jaguar, Lexus and so on. Audi’s smallest SUV is the biggest thing on this list, but it still feels compact on the road and, as you’d expect, has the best build quality here too. It's not the cheapest to lease, but feels worth it because it’s spacious enough, prestigious and powered by very economical engines. It’s also Audi’s most interesting SUV, arguably. 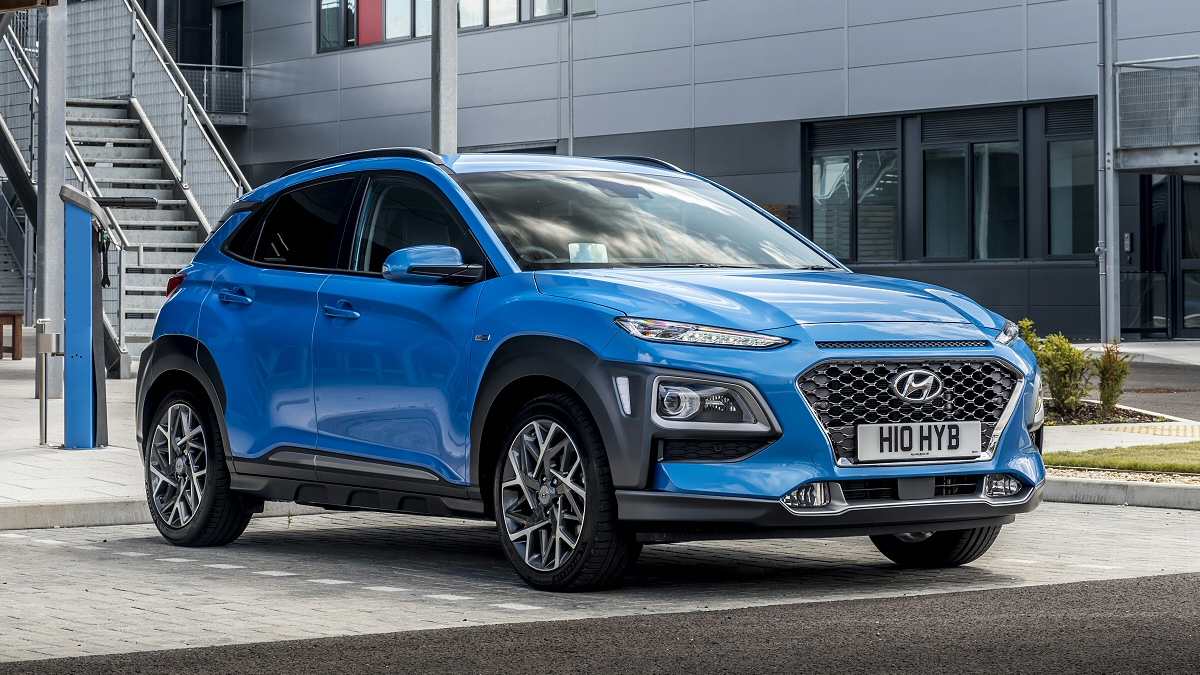 As the sister car to the Kia Stonic (which means they share a chassis and lots of parts) it will be no surprise to hear that the Kona feels very similar. The futuristic front end styling of the Kona won’t be to everyone’s taste, and it jars a little set against a cabin that’s conservatively styled, but the quality is lovely. There’s an all-electric version too, making it the only compact SUV you can lease with a zero emissions drivetrain... for now. 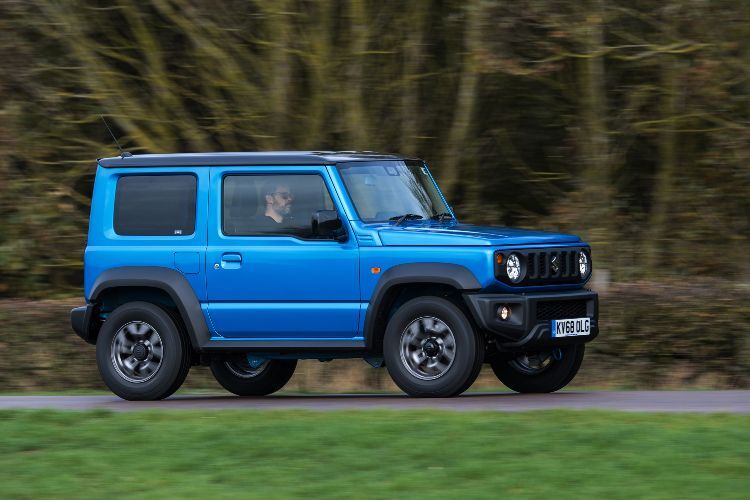 Remember that thing we said at the start about big car ergonomics and quality? Well that doesn’t apply here. The Jimny is the last of the old school small SUVs on sale today, designed to be a rough-and-ready 4x4 first and day-to-day runabout very much second. It’s cramped, the ride quality is bouncier than a tennis ball and the steering slower than Joey Essex. Oh, and if you want any sort of boot you’ll have to drop the rear seats. Despite all that it has that elusive quality: character. And it looks great. 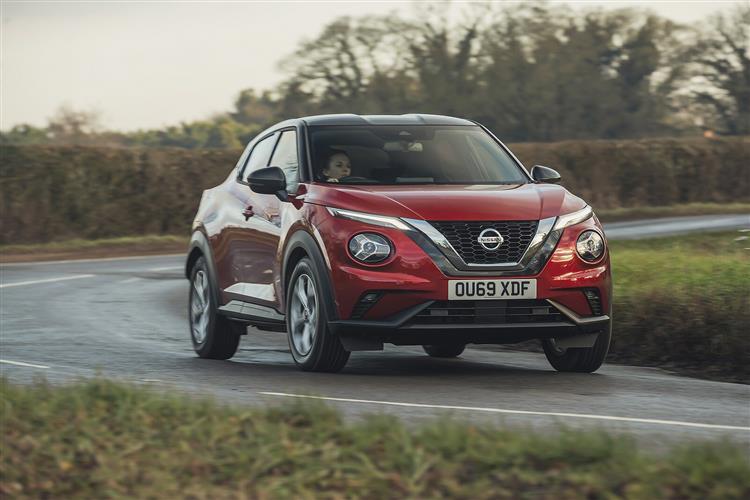 The original compact SUV is in its second iteration now and it’s fair to say that things have improved massively; the original Juke pioneered the segment, but it was a design-led car with very little interior space and poor driver ergonomics. The latest one is a little less striking, but it’s far more spacious, far better quality, and far more refined. Which is probably as it should be, right? 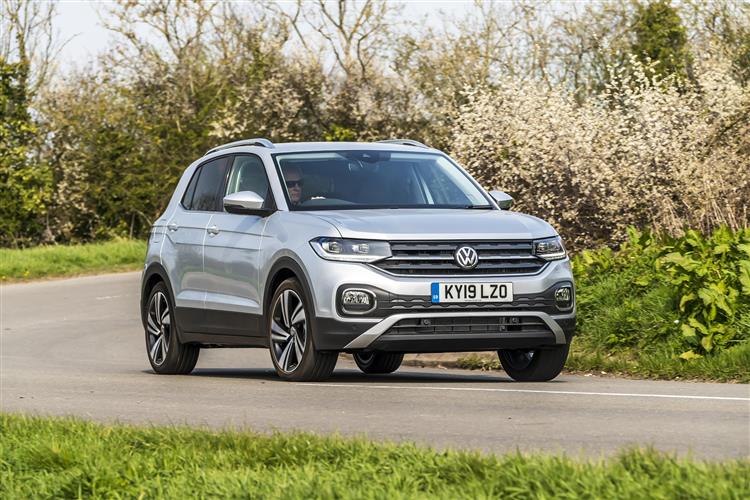 It’s hard to fault the T-Cross in any way. It packs loads of cabin space into a small footprint, it has a driving position that all shapes and sizes of person will get along with, and it even looks pretty interesting – assuming you’re careful with your colour selection. A brilliant array of small turbo petrol engines makes it both engaging to drive and economical, and its touchscreen infotainment is second-to-none in the class. The Skoda Kamiq is the best small SUV that the Volkswagen Group does. It's also the most practical, most ostensibly well built, and probably best-value small SUV on the market - until Dacia decides to do an SUV this size, that is. The Karoq actually feels a little bigger than most of these things, but that's mainly because it's so well packaged and seems so spacious inside - it's just about sizeable enough to work as a main family car, which is not something you can say of most of these smaller SUVs. And yet it’s still really easy to park and manoeuver. Cracking stuff from Skoda, as per. 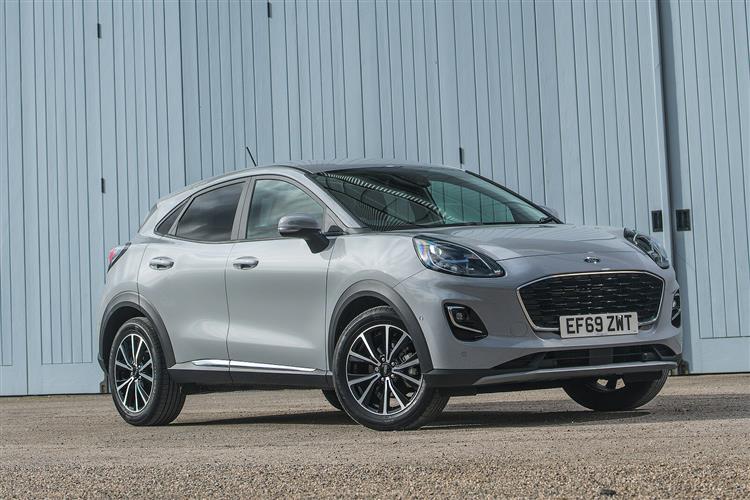 Quite simply the best small crossover money can lease. The Ford Puma is the only one that’s actual fun to drive, with no caveats attached to that statement such as “…for a tall car.” The easiest way to put it is that it has 9/10ths of a Fiesta’s sense of dynamism but with the practicality of a Ford Focus. It’s also the only car in the world with an actual bath in the boot. True story: there’s a waterproof box under the boot floor, complete with drainage plug.

Like the sound of the Puma? Take a look at Mark Nichol's in-depth review.

For more on SUVs, check out our guide to the best SUVs in 2022 or check our our latest SUV lease deals.